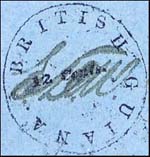 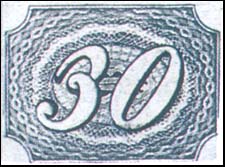 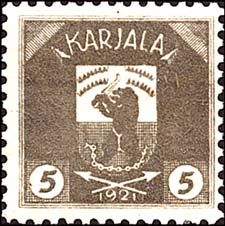 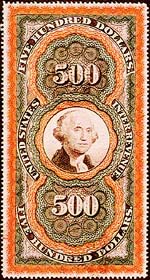 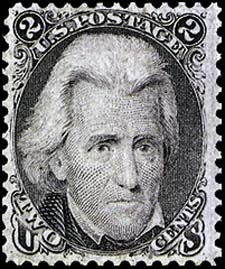 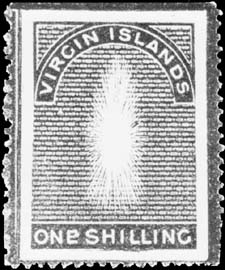 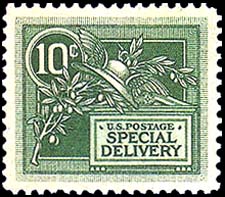 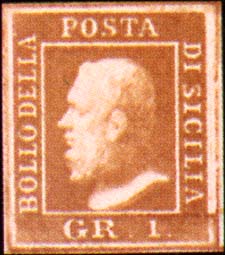 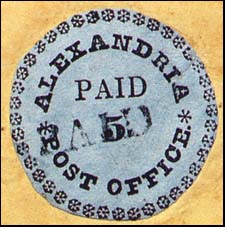 Many stamps are so famous and instantly recognizable that they have acquired nicknames. Veteran collectors often use the nicknames in speaking and writing.

Other black 1p stamps have been issued in the years since 1840, but no stamp collector involved in the hobby for any length of time has any doubt of which stamp is meant when someone refers to the Penny Black.

What nicknames forfeit in precision, they more than make up for in the spice they add to the hobby.

Some stamps acquire their nicknames because they are great rarities. Others may be relatively common but acquire a nickname because of an usual color or striking design features.

One stamp that owes its nickname to both rarity and striking color is the unique "Blue Boy," the Alexandria, Va., postmaster's provisional 5¢ black on blue paper, United States Scott 1X2, shown in Figure 1.

The stamp's nickname is borrowed from the nickname for a famous work of art by English painter Thomas Gainsborough.

It is the blue paper on which it was printed that distinguishes Scott 1X2 from the other Alexandria postmaster's provisionals, so Blue Boy must have seemed a natural sobriquet.

Another U.S. stamp whose nickname is an artistic reference is the "Merry Widow," the 10¢ green Helmet of Mercury special delivery stamp, Scott E7, shown in Figure 2.

The Merry Widow, an operetta by Slovak composer Franz Lehar, premiered Dec. 30, 1905, and is one of the most popular and most performed operatic works of the 20th century. It was also the inspiration for the 1925 movie of the same title starring John Gilbert and Mae Murray.

British actress Lily Elsie took up the role of the Merry Widow on the London boards in 1907. She brought to the role her fondness for a style of large-brimmed, heavily beplumed hats, which became known forever after as Merry Widow hats.

The special delivery stamp became the Merry Widow through the resemblance between Mercury's winged helmet on the stamp and Lily Elsie's operatic hats.

St. Ursula was a virgin martyr who lived sometime between the third and fifth centuries A.D. She was born in Britain, avoided marriage to a pagan king and is believed to have been slain for her faith with 10,000 virgin companions at Cologne, Germany.

Christopher Columbus named the Virgin Islands in her honor, when he made landfall there about the time of her feast day, Oct. 21.

The nickname of the Missing Virgin springs readily from the design. The central figure of the virgin saint, perhaps still fleeing her pagan suitor, is missing from this Virgin Islands error stamp.

Arguably the most famous nickname of any U.S. stamp is the Black Jack, the 2¢ black Andrew Jackson stamp, Scott 73, shown in Figure 4.

The appeal of this stamp's nickname lies in the rhyme between the stamp's color, black, and its subject, President Andrew Jack(son).

The 2¢ black Jackson stamp is among a small group of stamps having two well known nicknames. It is also sometimes known as the "Big Head" because Jackson's portrait takes up most of the face of the stamp.

There is no question that Black Jack is the more popular nickname, probably because of its rhyming appeal.

One of the most spectacular stamps ever issued by the United States is the "Persian Rug," the $500 red-orange, green and black George Washington revenue stamp, Scott R133, shown in Figure 5.

Persian rugs, made with intricate designs, colors, textures and weaves, are a beautiful expression of Iranian culture. Each village has its own style and patterns used in producing rugs that often sell for thousands of dollars.

The Persian Rug revenue stamp resembles its namesake in intricacy of lathing, color and geometric patterns.

The $200 revenue stamp, Scott R132, is sometimes called the "Little Persian Rug." For a study of these stamps as well as the unissued $5,000 essay of similar design see The Legendary Persian Rug by Thomas C. Kingsley.

A companion for the Little Persian Rug is the "Baby Zeppelin" or "Baby Zep," the 50¢ green Graf Zeppelin airmail stamp, U.S. Scott C18, shown in Figure 6.

It was the fourth of four zeppelin airmail stamps issued by the United States in the 1930s for airmail service aboard the Graf Zeppelin. The Baby Zep, while not a cheap stamp, is considerably less expensive than the first three zeppelin stamps, hence the diminutive name.

Some nicknames refer to a series of stamps rather than to an individual stamp.

Karelia is the region of Russia adjacent to and east of Finland. Prior to World War II, it was populated primarily by ethnic Finns.

Karelia proclaimed its independence in 1922. It remained independent just long enough to issue a set of 15 stamps, Scott 1-15, featuring the crest of Karelia, known with waggish affection as the "Golfing Bear Standing on a Bicycle Chain." The 5-pennia dark gray low value from the set is shown in Figure 7.

On these stamps, the numerals of value are slanted to the right, making the elongated zeros resemble the slanted elliptical ovoid of a goat's eye.

The slanted numerals also give the stamps a Portuguese nickname, the "Inclinados." A 30-reis Goat's-Eye stamp, Scott 8, is shown in Figure 8.

Surely the most unprepossessing of stamps bearing famous nicknames are the "Cotton Reels" of British Guiana.

This spartan, if not downright ugly, design got the nickname of Cotton Reel from its resemblance to the labels formerly affixed to the wooden ends of reels of cotton.

Because the design was so primitive and liable to forgery, the stamps were initialed before use, as a control mark, by the deputy postmaster general or by one of the clerks of the Georgetown post office.

Homely they may be, but the Cotton Reels are all valuable stamps with catalog values ranging from four to five figures.

Unwilling to see his effigy defaced even on a postage stamp, Ferdinand had a special collar cancellation device designed to obliterate the frame of the stamps without touching the central vignette.

A vain and unpopular monarch, Ferdinand II acquired the moniker of King Bomba when he had the Sicilian city of Messina shelled into submission during a revolt in 1848 (bomba is Italian for bomb or artillery shell).

Because this royal personage's image graces this series of definitive stamps, they are known as the Bomba Heads.

A number of other stamp nicknames are based on the stamps' images of monarchs.

The "Large and Small Queens" of Canada, the "Chalon Heads" of New Zealand and the Great Britain "Wilding" stamps all fall into this category.

Sometimes a nickname acquires hallowed catalog status. One of the longest running and most popular stamp series is the British Queen Elizabeth II definitive series based on a bas-relief of the queen by Arnold Machin.

By the most conservative numbering systems, there are at least 500 different Machin stamps, with more being issued periodically.

Specialized catalogs such as The Complete Deegam Machin Handbook and The Connoisseur Catalogue of Machin Stamps number the varieties in the thousands.

Recognizing the unwieldy nature and inadequacy of scattering the Machins throughout the rest of the Great Britain listings, the 2000 edition of the Scott Standard Postage Stamp Catalogue moved the Machins to their own section, titled "Great Britain — Machins" and renumbered them with the prefix "MH."

Nicknames are a great way to become more intimate with the stamp superstars.