'Collectible' is in the eyes of the beholder 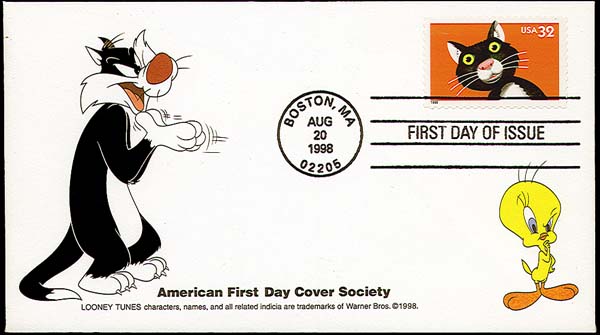 First-day covers, such as this one, are popular among many collectors. Others can barely tolerate them.

The cover shown here bears a pictorial cancel for the USPS Pro Cycling Team Station, but it still saw legitimate postal use by carrying a letter from Texas to Ohio. 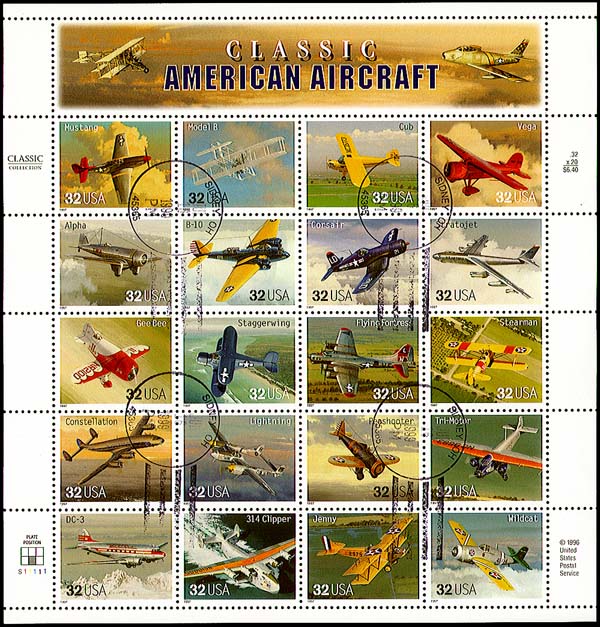 Stamps used to pay for postal services can be canceled then returned as a kind of receipt of payment. Items such as this pane of Classic American Aircraft are often used as premiums for stamp club memberships or as door prizes. 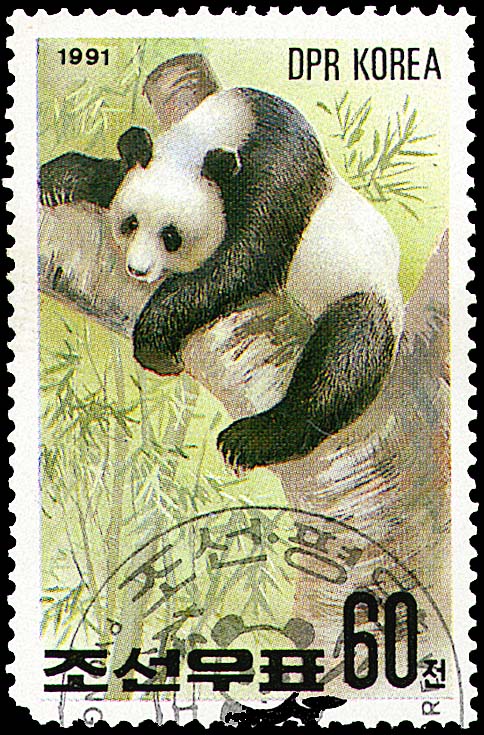 This North Korean CTO stamp would probably have been unobtainable as a mint or postally used stamp. 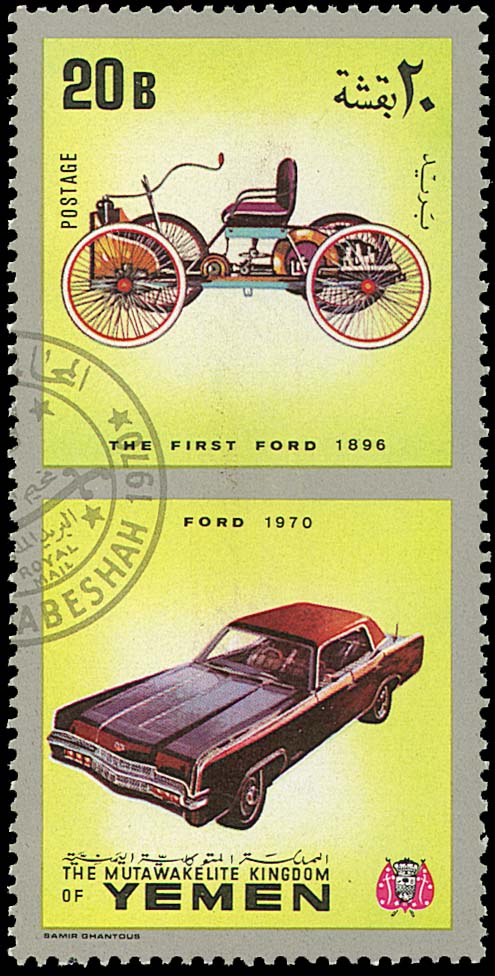 This canceled-to-order, so-called illegal, stamp from the Mutawakelite Kingdom of Yemen is an interesting part of an automobiles topical collection.
Previous
Next

Is a mint stamp better than a used stamp? What about a CTO? Or a favor cancel?The staggering number of options is probably the reason that there is so much confusion and disagreement about what is the right way to collect.

Although some collectors might look down their noses upon those who choose to collect certain material, the simple fact is that each specialty mentioned above, and indeed any collecting area that you can imagine, is worthwhile if you enjoy it.

"Collect Stamps. It's Fun," read the labels included in many of Linn'sdirect-mail campaigns. Too often, collectors forget that the whole idea of a hobby is to enjoy it.

In this column, we'll look at CTOs and other philatelic cancels.

Many stamp collectors start in the hobby with a large mixture of worldwide off-cover stamps. The ads for these are everywhere, from high-end philatelic journals to direct-mail advertising packs in powder-blue envelopes.

Mixtures are a great way to get a wide variety of beautiful stamps at exceptionally low prices. But experienced collectors know that these big mixtures are usually chock-full of CTOs.

"CTO" stands for "canceled-to-order" stamps. These are stamps that were postmarked by the issuer but were never used as postage.

Usually, CTOs have full gum and the cancel is neat, sharp and carefully placed. Sometimes the postmarks are printed at the same time as the stamps.

CTOs are offered for sale at a discount from the face value of the stamp, because they have already been invalidated and cannot be used to pay postage. CTOs help generate more revenue for the issuers.

CTOs are most often sold to dealers in foreign stamps and packet makers.

This leaves CTOs in a curious limbo among stamp collectors, but this beginner material, this "stamp candy," as it might be considered, is an invaluable part of the stamp hobby.

Canceled-to-order stamps have cancels that are usually very neat, and the stamp design is easy to see, a useful aspect for a topical collection.

CTOs are also priced significantly lower than mint stamps and usually lower than postally used stamps. For this reason, they are a very economical way to expand a stamp collection.

CTOs are also usually in much better physical condition than used stamps.

Some countries offer CTO year sets, as well as mint sets, allowing collectors to buy an entire year's stamp program at once.

A mint set is often quite expensive, but the CTO option allows collectors to obtain the complete set at a much lower price. CTOs are especially useful when there is little chance of being able to find postally used versions of every stamp issued for the year.

Indeed, many collectors have found that the convenience of obtaining CTOs, and the reliability of finding them in good condition, make them highly desirable.

The CTO shown in Figure 1 is a good example of a desirable topical stamp that would probably be unobtainable in mint or postally used condition.

It was issued in 1970 by the Mutawakelite Kingdom of Yemen. This stamp is not listed in the Scott Standard Postage Stamp Cataloguebecause it is was issued by unofficial sources after the royalists were instilled as the official government in Yemen.

So, it has two strikes against it for most collectors: it's a CTO and a so-called illegal issue. But it is a part of my collection, even if it has no market value at all.

The stamp is huge, measuring more than 1½ inches wide and nearly 3¼ inches tall, and it makes a bold and fun addition to my automobiles-on-stamps collection.

The CTO shown in Figure 2 is from a legitimate stamp-issuing country. This North Korean stamp, however, is not yet listed in the Scott catalog because the ban against importing North Korean stamps was only recently lifted.

The stamp was bought as part of a worldwide mixture and resides in my wild animals collection. I think chances are pretty good that I would not have been able to obtain this stamp in postally used or mint condition.

Favor cancels are often viewed in about the same light as CTOs, although opinions vary based on the circumstances.

A favor cancel is a stamp, pane, cover, souvenir sheet or other stamped item that is canceled by request.

A stamp club might pay for special services at the post office using souvenir sheets and receive the canceled souvenir sheets back as a receipt. These can then be offered as door prizes, auction items or membership premiums for the club.

The pane of Classic American Aircraft shown in Figure 3 paid for postage-due mail services for Linn's. It was then canceled by the post office July 16, 1999.

These panes are given away as premiums for new subscribers.

In another example, a collector receives a letter bearing a particular stamp that he would like to add to his collection of used stamps. But the stamp on the letter was missed by the post office's automatic canceling equipment.

The collector can take the letter to his post office and ask the clerk to cancel the stamp using a handstamp.

This, of course, is valid, legal and legitimate. The collector is merely correcting the mistake (not canceling the stamp) made by the post office.

Is the cover or stamp collectible? That depends on the collector.

Pictorial postmarks are another fun, yet often derided, area of collecting.

Organizations design pictorial postmarks to celebrate special events, which can be anything from the anniversary of a library to an art festival. These are then available, typically, for 30 days past the date in the postmark.

Collectors send covers in to be canceled, which are then returned under cover or through the mailstream.

Interested parties can also send or carry ordinary mail to the servicing post office and have it canceled with a pictorial postmark then sent on to its destination.

The cover shown in Figure 4 bears a pictorial cancel, but it carried a letter from Austin, Texas, to its recipient in Sidney, Ohio, so it was unquestionably a legitimate postal use.

First-day cancels are another type of postmark created just for collectors.

First-day-cover collecting is extremely popular and certainly fun, but there are those who would argue that it is not a worthwhile collecting area.

By nature, modern FDCs are almost always purely philatelic, meaning they are specifically contrived as collectibles. Such philatelic covers are not considered to be a worthwhile collecting area by some, while others collect only items that could be called purely philatelic.

The members of the American First Day Cover Society certainly enjoy their part of the hobby, regardless of the opinions of a stodgier set.

A collector cannot look to someone else to legitimize his particular fancy, which is why it is so important to enjoy your chosen specialty.

A postal historian might decide that a collector-created cover has no place in a respectable collection, while a first-day-cover collector might find commercial mail to be unattractive and unappealing.

And, of course, there are the many areas of overlap.

One man's junk mail is another man's advertising cover, so collect whatever makes you happy. I'll use my own collecting area as an example.

I originally intended to seek out only covers that once held letters mailed by sailors aboard the ships. My goal was to collect strictly postal history, eventually gathering an example from every destroyer ever commissioned by the United States Navy.

That became more work than fun, so I let in the collector-created covers.

Now, my collection might be described as about 90 percent philatelic folderol. But I'm enjoying myself again.