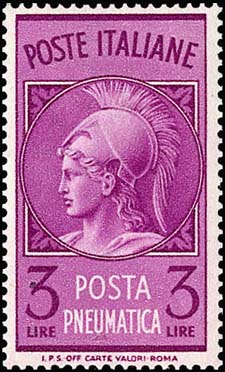 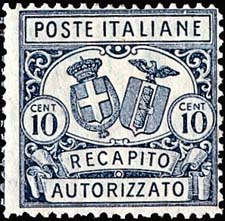 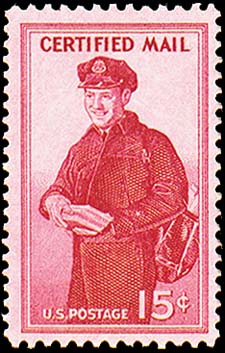 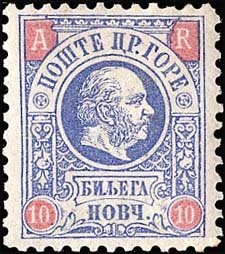 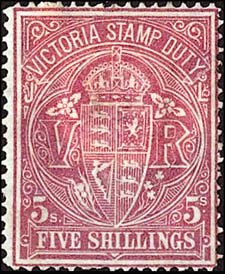 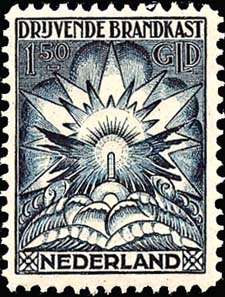 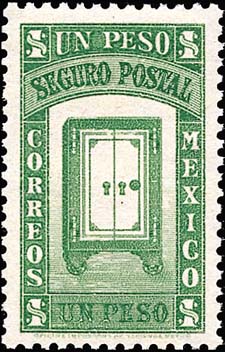 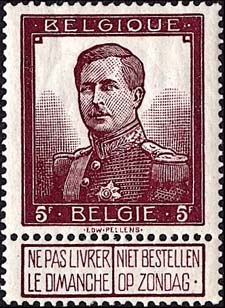 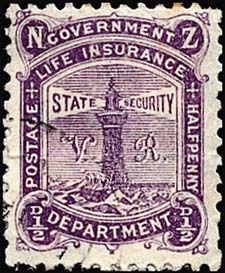 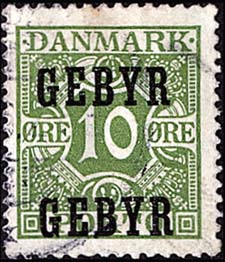 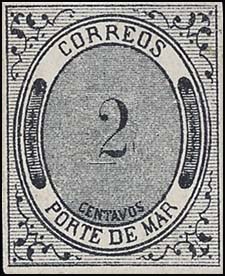 To be listed in the Scott Standard Postage Stamp Catalogue, or any other postage stamp catalog, a stamp must be issued by a postal authority and pay some type of postal fee or have some connection with the delivery of mail.

Many classes of back-of-the-book stamps are issued by many nations for relatively common services and are frequently encountered by stamp collectors. Airmail, Official, postage due, parcel post, special delivery, semipostal and postal tax stamps all fall into this category.

Other stamps issued for more esoteric purposes by only a few countries lurk in the arcane recesses of the back of the book. It may often take special effort to ferret them from their hiding places in dealer stocks and old collector accumulations.

This column provides a survey of these little-known and rarely encountered stamps.

Porte de mar stamps were used to indicate the amount of cash to be paid to the captains of mail steamers carrying outgoing foreign mail. A 2-centavo black porte de mar stamp, Scott JX9, is shown in Figure 1.

Insured-letter stamps, prefixed by the letter "G" were issued only by Mexico, the Dominican Republic and Panama. They are quite similar in function to registered-mail stamps, but they differ in that a clear value for the mailpiece's contents was declared and the letter was insured for that amount.

Still in the realm of insured mail stamps are marine insurance stamps, prefixed "GY" in the Scott catalog. They were issued in 1921 only by the Netherlands and the Netherlands East Indies.

These safes were buoyant and were equipped with flares and bells. In the event of the ship sinking, the safe would float off and the flares and bells would activate, hopefully leading to the recovery of the safe and its contents.

Czechoslovakia is the only issuer of personal delivery stamps, prefixed "EX," issued in 1937 and 1946.

Letters designated for personal delivery could be delivered only to the individual to whom they were addressed.

A blue triangular stamp with the letter "V" at each angle was applied to letters for which the service had been prepaid.

A letter bearing a red triangular stamp with the letter "D" in the angles indicated that the fee for the service was to be collected from the recipient.

Postal-fiscal stamps are stamps that could be used to pay for either postage or tax.

Many stamps of the British Empire and Commonwealth could be used to pay for either postage or revenue and are so inscribed.

Other British Empire and Commonwealth stamps were intended solely for revenue purposes. These were usually inscribed "stamp duty."

Sometimes these revenue stamps were made available for postal use if there was a shortage of postage stamps.

In other instances, the authorization of postal use for high-value revenue stamps avoided the additional expense of printing postage stamps in those infrequently needed denominations.

Many revenue stamps of the British Empire and Commonwealth that saw occasional postal duty were once listed in the Scott catalog. Over the years, most were eliminated from the listings, but those that remain are prefixed with the letters "AR."

Beginning in 1881, New Zealand made all revenue stamps with a denomination greater than 1/- available for postage.

The Australian state of Victoria made all postage and fiscal stamps valid for either purpose from 1884 to 1901. A Victoria 5/- claret-on-yellow-paper postal-fiscal stamp, Scott AR42, is shown in Figure 5.

Catalog values for used postal-fiscal stamps are for stamps bearing postal cancellations. Stamps with revenue or bank cancellations are generally not desired by postage stamp collectors.

Acknowledgement-of-receipt stamps require that the recipient sign a receipt upon delivery of the letter as proof that the letter was delivered.

In most countries payment for this service was indicated by stamping the letters "A.R." (conveniently, the abbreviation is appropriate in English, French and Spanish).

The sole United States certified mail stamp is a close relative of acknowledgement-of-receipt stamps. Prefixed "FA" in the Scott catalog, it was for use on mail for which no indemnity value was claimed, but for which proof of mailing and proof of delivery were available at less cost than registered mail. The 15¢ red Letter Carrier certified mail stamp, Scott FA1, is shown in Figure 7.

Authorized-delivery stamps were issued only by Italy, 1928-90. Prefixed "EY" in the Scott catalog, they did not pay for any postal service. They were actually a type of revenue stamp.

Many countries charge a tax on letters that are delivered by a private delivery service rather than by the postal service. Italy's authorized-delivery stamps indicated payment of that fee. An Italian 10-centesimo dull blue authorized delivery stamp, Scott EY1, is shown in Figure 8.

Italy is also the home of the world's only pneumatic post adhesive stamps, prefixed "D" in the Scott catalog.

Beginning in the late 19th century, pneumatic tube systems were laid beneath the streets of major cities including Paris, Berlin, Vienna, Rome, New York and Chicago.

Letters were placed in canisters, which were then forced through the tubes by pneumatic pressure (pressurized air).

In the United States, regular postage stamps were used to pay for pneumatic tube delivery.

Late fees were charged for delivering letters to a ship or train after the regular mail had been bagged and sealed. The Australian state of Victoria issued the first late-fee postage stamp, prefixed with the letter "I" in the Scott catalog, in 1855.

Some stamps Scott lists in the front of the book perhaps could be in the back, namely the dominical stamps of Belgium. In a sense, they are a type of authorized-delivery stamp.

Beginning in 1893, stamps of Belgium were issued with a perforated tab inscribed "Do not deliver on Sunday" in Flemish and French. These stamps were issued to prevent Sunday mail delivery for patrons whose religious sensibilities were offended by it.

Mailers who did not object to Sunday delivery simply detached the tab prior to affixing the stamp to the letter, thereby authorizing the letter to be delivered on Sunday. A tabbed Belgian 5-franc plum King Albert I dominical stamp is shown in Figure 12.

The last Belgian dominical stamps were issued in 1913.