Lines of stamp classifications have blurred 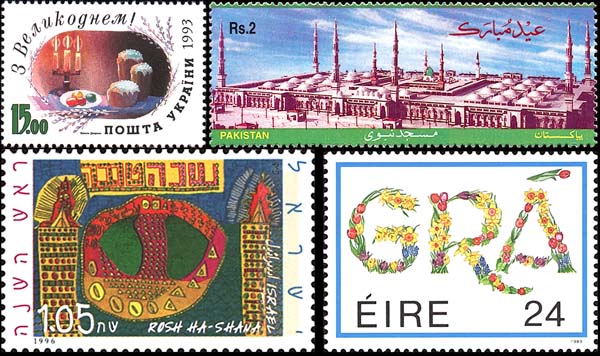 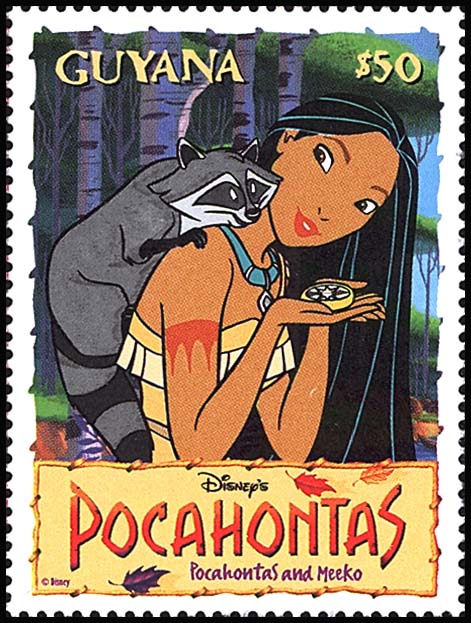 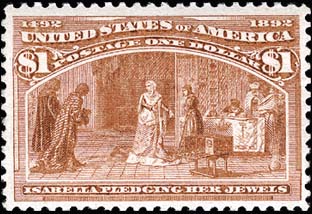 Figure 6. The $1 stamp in the 16-stamp Columbian Exposition set, the first commemorative stamps issued by the United States. Click on image to enlarge. 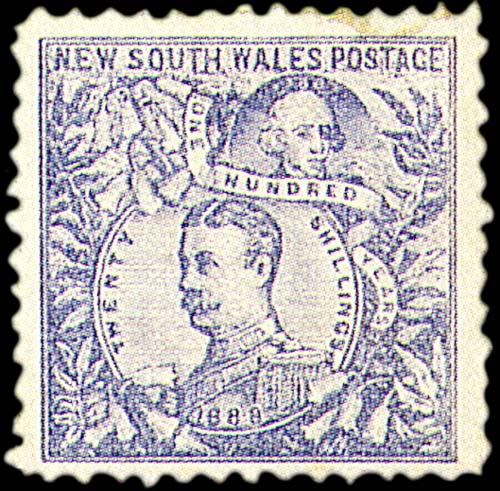 Figure 5. A 20/- stamp issued to commemorate the centennial of the colony, New South Wales Scott 86. Click on image to enlarge. 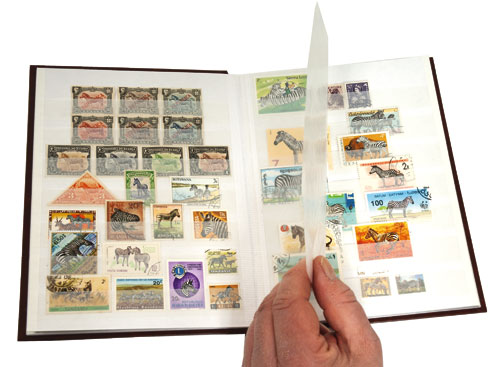 Figure 3. Four overprinted or surcharged provisional stamps, from Lithuania, Portuguese Guinea, Germany and the Philippines. Click on image to enlarge. 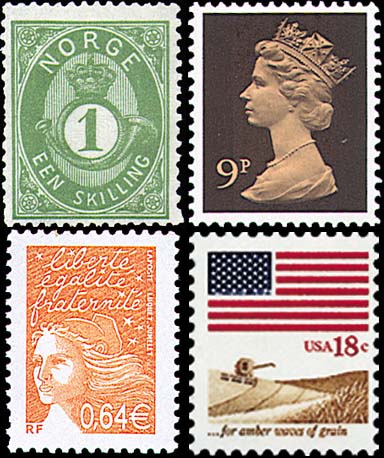 Figure 2. Some countries issue definitive stamps in long-running series or with common design themes as exemplified by these stamps from Norway, Great Britain, France and the United States. Click on image to enlarge. 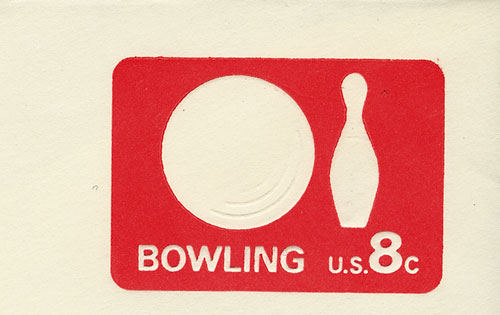 Figure 1. Early definitive stamps from Iran, China, Mexico and Serbia. Each is a Scott No. 1 for its country. Click on image to enlarge.
Previous
Next

Once upon a time most stamps that paid for regular postage could be neatly divided into two broad categories: definitive stamps and commemorative stamps.

In recent decades, the distinctions blurred, and a new category has arisen.

Definitive stamps usually have several characteristics in common. Definitives are typically small stamps with plain designs that do not honor a specific time-dated event.

The world of postage stamps is so broad, however, that any collector can probably think of many definitive stamps that violate all of the basic characteristics.

Early definitve stamps issued by Iran, China, Mexico and Serbia are shown in Figure 1. Each of the four stamps is Scott No. 1 for its respective country.

Today the stamps that are still the most likely to be encountered in the mailstream of most countries are definitive stamps.

Definitive stamps are the workhorses of a postal service. They are printed in much greater numbers than commemorative stamps. When the average postal patron mails in a monthly bill or other routine correspondence, a definitive stamp will likely be used to pay the postage.

Some countries find a definitve stamp design that they like, and they stick with it.

Norway issued its first Posthorn and Crown definitive stamp in 1872. A modified version of the design is still in use today.

The stamps of the Machin series are so numerous and complex that they have their own separate numbering system, located at the back of the Great Britain listing in the Scott Standard Postage Stamp Catalogue.

France's ongoing Marianne definitive stamp series began in 1944 and continues today. Marianne is an allegorical figure, a beautiful young woman in a Phrygian cap, who symbolizes the triumph of the French Republic.

Over the years the features of Marianne have been based on actresses Brigitte Bardot and Catherine Deneuve; fashion models Ines de la Fressange and Laeticia Casta; and most recently, on an anonymous "beurette" (woman of North African descent), who symbolizes modern, multiethnic France.

Since then, many U.S. basic letter-rate definitive stamps have used a common design theme that might be called the "Flag Over Something" design, although the stamps don't form a consistent series.

Figure 2 shows representative stamps from long-running or common-design definitve stamp series: a Norwegian Post Horn and Crown stamp, a British Machin, a French Marianne and a U.S. Flag Over Wheatfield and Combine.

It wasn't long after the first definitive postage stamps were issued that stamps in a different category made their first appearance.

Linn's World Stamp Almanac defines a provisional stamp as "a postage stamp issued for temporary use to meet postal demands until new or regular stocks of stamps can be obtained."

The issuance of provisional stamps might be occasioned by a change in name or government, by occupation of foreign territory, by a change in currency or by the need to provide stamps that are in short supply.

Provisional stamps are usually made by overprinting, surcharging and occasionally by bisecting pre-existing stamps.

Figure 3 shows a sampling of provisional stamps: a Lithuanian stamp surcharged because of a currency change; a stamp of Portuguese Guinea overprinted for the overthrow of the Portuguese monarchy; a German stamp surcharged with a much higher value during a period of uncontrolled inflation; and a U.S. George Washington stamp overprinted for use in the Philippines after the Spanish-American War.

In recent times, commemorative stamps are the type of stamps most frequently contrasted with definitive stamps.

Linn's World Stamp Almanac defines a commemorative as "a stamp printed in a limited quantity and available for a limited time. The design may note an anniversary associated with an individual, an historic event, or a national landmark."

Commemorative stamps are often large in size and have more elaborate designs than definitive stamps.

Most authorities exclude stamps that pay for something in addition to regular postage, such as airmail, semipostal or special delivery stamps, from the category of commemoratives. Many of such stamps are clearly commemorative in nature, even though they technically are not commemorative stamps.

The 5¢ scarlet Locomotive and Arms stamp of Peru, Scott 19, shown in Figure 4, is usually cited as the world's first commemorative postage stamp.

The stamp was issued to commemorate the 20th anniversary of the first railway in South America, which linked Chorrillos with Callao via Lima.

The United States issued its first commemorative stamps in 1893, a set of 16, commemorating the Colombian Exposition.

These stamps were extremely unpopular with most contemporary collectors who saw the size of the set and its high face value as an attempt to gouge collectors.

Congress even passed a joint resolution rebuking Postmaster General John Wanamaker for issuing the "unnecessary stamps," as it called them.

In 1894 the Society for the Suppression of Speculative Stamps was founded by irate collectors to combat the growing flood of speculative (meaning commemorative) stamps.

The SSSS issued a blacklist of commemorative stamps that collectors should avoid as speculative and unnecessary for postal needs.

Today, the stamps on that blacklist are honored denizens of the world's stamp catalogs, and most collectors would be pleased and proud to have them in their albums.

Old-time collectors continued to view commemorative stamps with a jaundiced eye well into the 20th century. L.N. Williams makes reference to this point of view inFundamentals of Philately when he notes, "Definitives are regarded by many collectors more highly than are any other issues."

The SSSS was swimming against the tide. Bans and blacklists notwithstanding, commemorative stamps proliferated and are the staple of virtually every stamp-issuing authority in the world.

Today, most collectors complain when they receive mail, especially from another collector, franked with a common definitive stamp.

Which is not to deny that the SSSS had a point. By the 1980s, the production of commemorative stamp issues reached flood stage, as scores of postal administrations and their agents began to crank out thousands of stamp issues annually that saw little or no postal use.

When the German Michel-Rundschau magazine releases it annual list of the number of stamps issued, the South American nation of Guyana often heads or is near the top of the list.

A $50 Disney PPocahontascommemorative stamp, Scott 2950a, issued in 1995, is shown in Figure 7. It is one of 449 stamps, nearly all commemoratives that saw little or no postal use, issued by Guyana that year.

The past 40 years have seen the emergence of a fourth category of regular postage stamps.

Special stamps are usually larger and more colorful than definitive stamps, and they often mark a special occasion or theme. However, they are printed in much greater quantities than commemorative stamps, and unlike commemoratives they sometimes return to press for additional printings.

Thanks to Linn's reader James M. Von Gunten of Indiana for suggesting this Refresher Course topic.