Double your pleasure with two-part stamps 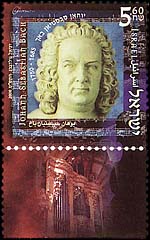 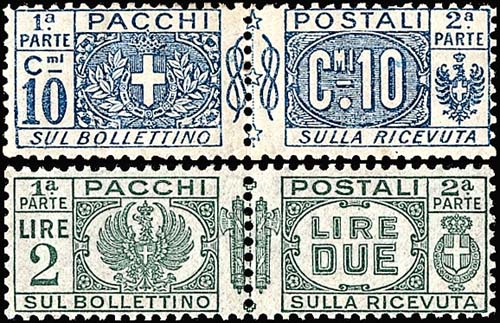 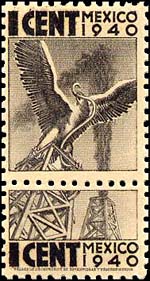 Figure 11. A Mexican 1-centavo Eagle With Snake on Derrick and Gusher internal revenue tax stamp with talon, Stevens No. R731A. 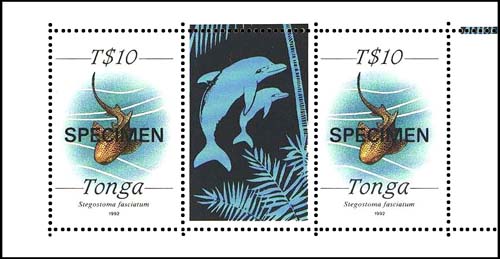 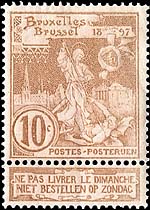 Half a stamp is sometimes better than no stamp at all, especially for the many stamps issued in two parts.

From 1893 until the early 1900s, all stamps issued by Belgium had an added label that instructed the mail carrier not to deliver the letter on a Sunday if the label was left on the stamp when it was affixed to the letter.

These are called dominical stamps. Dominical stamps are collected with the labels intact. They are illustrated and cataloged that way in the Scott Standard Postage Stamp Catalogue. Covers bearing a stamp with label intact are surprisingly scarce.

Italy issued two-part parcel stamps beginning in 1914. When properly used, half of the stamp was affixed to a receipt and half to the parcel.

Collecting these stamps used can be quite a challenge. If used properly the two parts of the stamp would have been separated at the moment of mailing.

Scott catalog values are for used, intact stamps, which the catalog notes were canceled to order (invalidated by the issuer to be sold to dealers) or were favor canceled. San Marino issued very similar two-part parcel post stamps in 1928.

In 1926, South Africa and South West Africa began issuing their own paired stamps of identical design, but with the inscriptions in two different languages, English and Afrikaans.

The se-tenant stamps are collected in pairs. Se-tenant means "joined together." This term is most commonly applied to two or more stamps of differing designs that printed in the same sheet next to one another.

Both South Africa and South West Africa continued issuing bilingual se-tenant stamps until the 1950s. These stamps are normally collected in horizontal pairs. The Scott catalog notes that vertical pairs usually sell for about one-third less.

This very rare and expensive stamp comprises two stamps printed se-tenant with a horizontal bar containing the 10c denomination across the top.

The stamp could be kept intact and used as a 10c stamp for paying the rate within the canton, or it could be separated and used as 5c for local mail.

The unit could remain intact or be broken into smaller units depending on the rate that was needed to mail a letter.

The Scott catalog major-number listing is for the intact block of four.

A block of four ¼-schilling red Coat of Arms stamps, Mecklenburg-Schwerin Scott 1, is shown in Figure 5.

With the intent of improving postal accounting, Romania began issuing two-part postage due stamps in 1947. Half of the stamp was affixed to the short-paid letter or parcel and the other half was kept by the mail carrier.

Many countries have issued stamps whose designs spread over two or more conjoined stamps, especially in more recent times. These se-tenant stamps can be visually quite appealing.

The United States has issued a great many se-tenant stamps since its first in 1964. This se-tenant issue was an amalgam of four designs featuring plants associated with Christmas.

Some of the designs of U.S. se-tenant stamps use the format to excellent advantage, especially when the design extends across two or more stamps.

Se-tenant labels without franking power also turn up from time to time.

Most familiar to U.S. collectors are labels that were added to booklet panes to make the face value of the booklet a round figure.

Israel issues most of its stamps with tabs that give additional information about the stamp subject or enhance the stamp design in some way. The Scott catalog prices mint Israeli stamps both with and without tab.

Similar labels appear on commemorative and semi-postal stamps from many countries, including Russia, Romania, Poland, Germany, Lithuania and Czechoslovakia.

After printing, sheets or continuous webs of stamps are usually divided into smaller units called panes. The space between the panes is called a gutter.

Two stamps from different panes flanking a gutter are called a gutter pair. These are issued sometimes deliberately and sometimes by accident.

Sometimes a design is printed on the gutter, or misperforating makes it seem that way.

A Tongan 10-pa'anga Fish cross-gutter pair of Scott 806 with a decorative design printed in the gutter is shown in Figure 10. The stamps bear a specimen overprint.

Sometimes the stamp designs extends from stamp to talon.

Sometime the talon had a different but related design printed sideways in relation to the stamp design.

Unused Mexican revenue stamps should be collected with the talon still attached.

The talons of used Mexican revenues were usually detached at the time of use. Normally, the stamp was attached to the document, while the talon was attached to a receipt or record book.

Predictably, used stamps with talons still attached are more valuable than those without talons.

Mexican revenue stamps are listed in the Revenue Stamps of Mexico by Richard Byron Stevens.

A 1-centavo Eagle With Snake on Derrick and Gusher internal revenue stamp, Stevens No. R731A, is shown in Figure 11.

Collecting se-tenant or multipart stamps can be a lot of fun.

But be careful when handling them. Over time, se-tenant stamps tend to weaken at the perforations between the stamps.

If they are issued se-tenant, most collectors prefer that they remain that way.