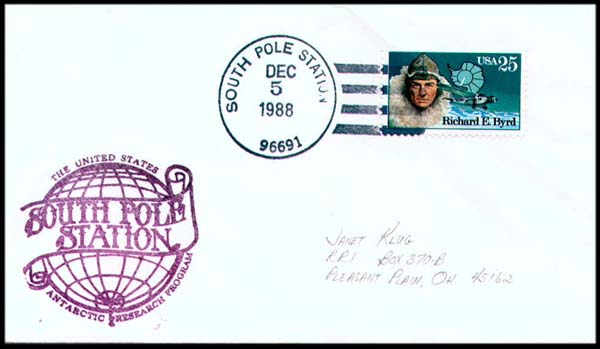 Figure 9. This souvenir cover from South Pole Station, at an American Antarctic base, is appropriately franked with a 25¢ Richard E. Byrd stamp, United States Scott 2388. Click on image to enlarge. 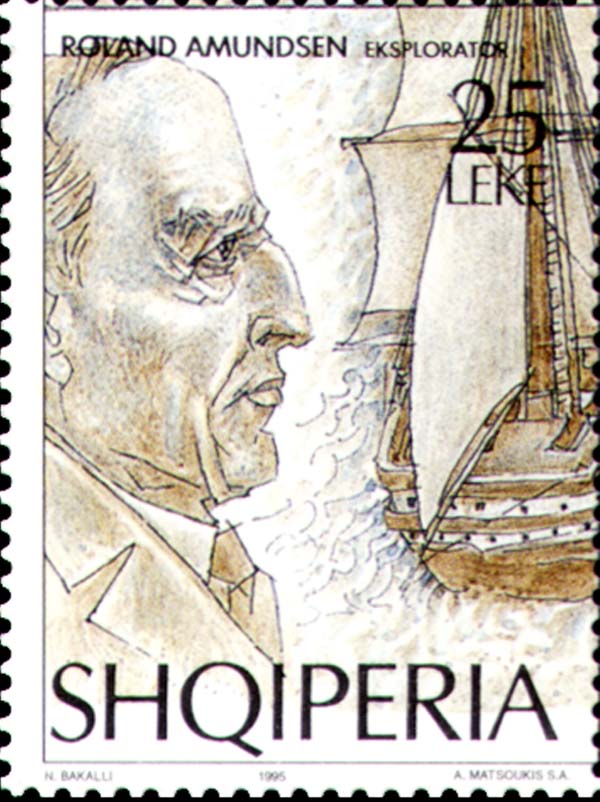 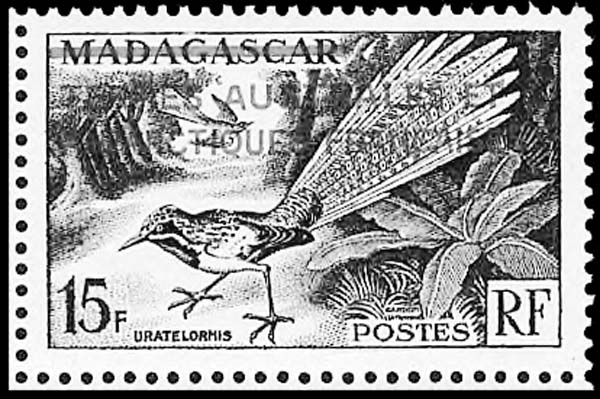 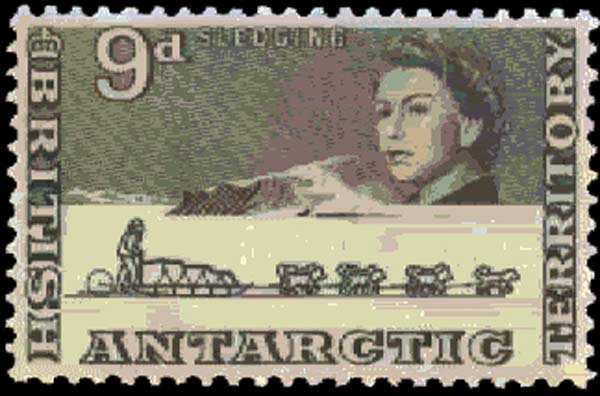 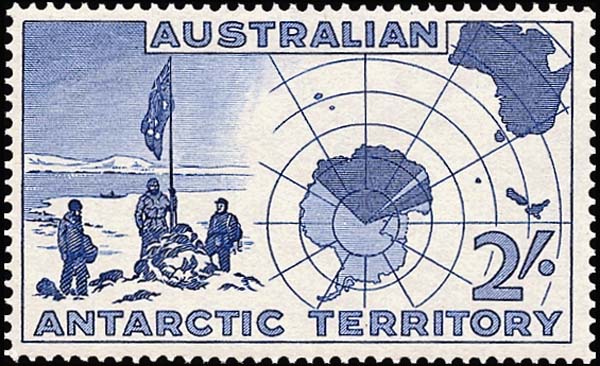 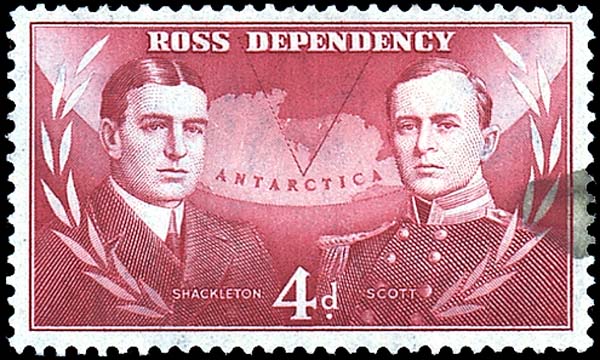 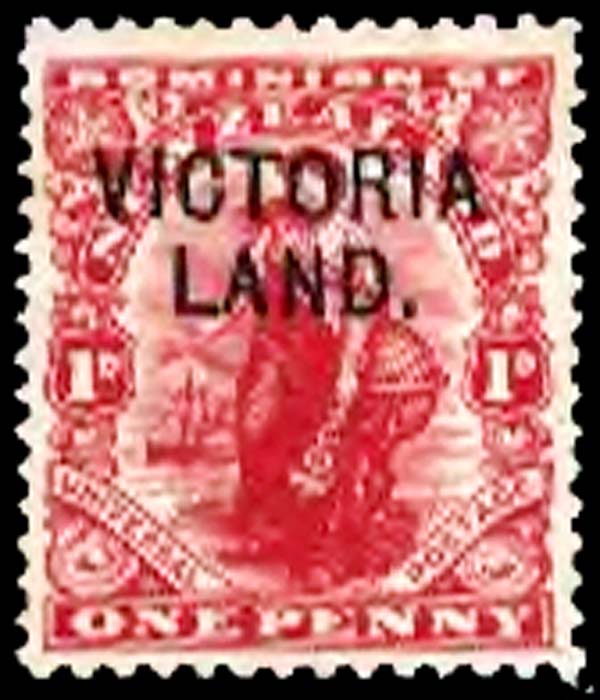 Figure 3. A 1d carmine Allegory of Commerce stamp, New Zealand Scott 131d. It was overprinted for use by Robert F. Scott's ill-fated polar expedition of 1911-12. Click on image to enlarge. 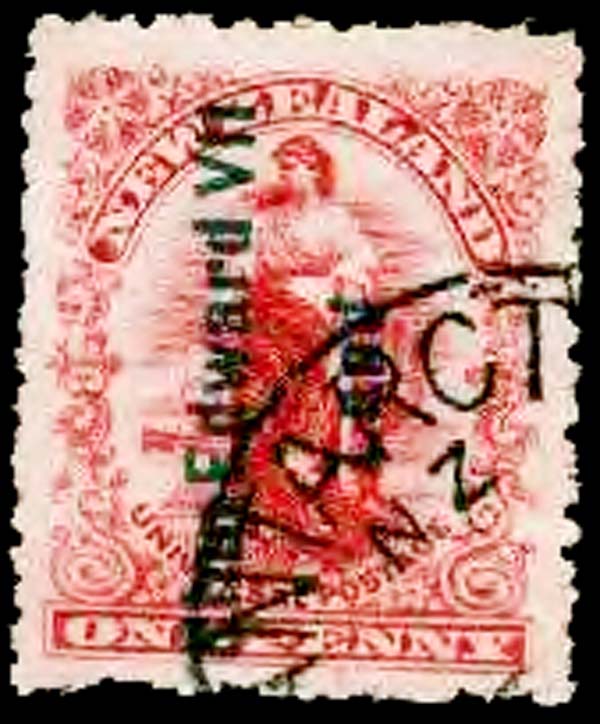 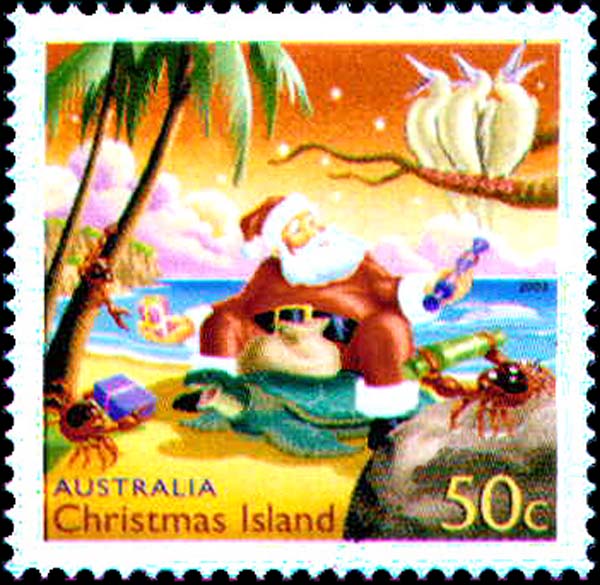 Figure 10. Santa Claus is enjoying the tropics on this recent 50¢ Christmas stamp from Christmas Island. Click on image to enlarge. 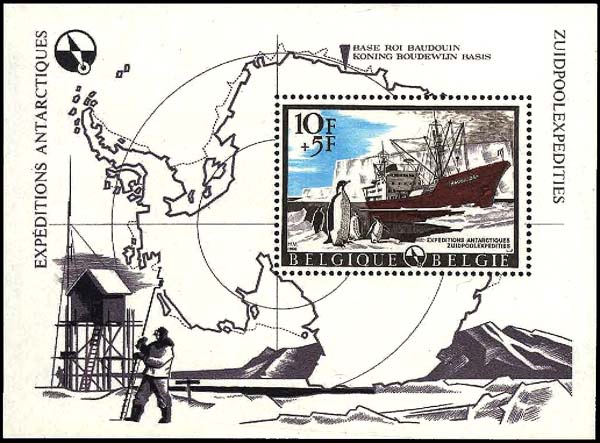 Figure 1. This 10-franc+5fr Polar Exploration semipostal souvenir sheet, Belgium Scott B800, could be part of an Antarctic exploration topical stamp collection. Click on image to enlarge.
Previous
Next

In the Northern Hemisphere, winter begins Dec. 21. For those of us who live north of the Mason-Dixon Line, the long-range weather forecasts are pretty dismal. Both the National Weather Service and the Old Farmers Almanacare predicting a long, hard winter.

This does not fill me with joy. The thought of bundling up in a half-dozen layers of clothing to go out and shovel snow from a driveway that gets longer as more snow falls upon it is not my idea of fun.

On days like that I like to pull out my stamp albums and look at stamps from even colder, more foreboding places, with the thought that things could always be worse.

When you look at a globe, you'll see that the bottom spindle penetrates a continent called Antarctica.

Antarctica is completely surrounded by the Southern (or Antarctic) Ocean, where the waters of the South Pacific, South Atlantic, and Indian oceans commingle.

Its nearest neighbor is a tip of land in Argentina called Tierra del Fuego.

The discovery and exploration of Antarctica have been widely documented on commemorative stamps. A collection of these could easily become an engrossing topical collection. For example, the 10-franc+5fr Polar Exploration semipostal souvenir sheet, Belgium Scott B800, shown in Figure 1, records Belgian exploration in the Antarctic.

Polar explorers Ernest Shackleton, Roald Amundsen, and Robert F. Scott have all been honored on stamps. Reading about the hardships they endured — mind-numbing cold, insufficient supplies, and inadequate communication — certainly makes one appreciate a nice, warm house on a cold winter night.

Many nations have made claims to parts of Antarctica. In 1959, the Antarctic Treaty was signed by 12 nations actively exploring the region. Later, in the spirit of international cooperation, all nations agreed to the treaty, which provides rights for exploration and scientific research.

Several nations have established permanent research bases in Antarctica, and a few have issued postage stamps for the lands within Antarctica under their jurisdiction.

The first Antarctica stamp was issued in the first decade of the 20th century. The New Zealand 1-penny Allegory of Commerce stamp was overprinted "King Edward VII Land" in green for use for the expedition led by Ernest Shackleton. One of the stamps, New Zealand Scott 121a, is shown in Figure 2.

The stamps were overprinted by authority of the New Zealand postal authorities, and they were used on board the expedition's ship Nimrod. They were sold to the public at a premium above face value.

A couple of years later in 1910, a similar overprint reading "Victoria Land" was made on New Zealand's ½d King Edward VII and 1d Allegory of Commerce definitive stamps. The 1d stamp, New Zealand Scott 131d, is shown in Figure 3.

Robert F. Scott's second expedition used these stamps. A post office was actually opened at Cape Evans on Jan. 3, 1911. Scott and his party perished during their return from the South Pole in 1912. The plight of the Scott expedition, recorded in Scott's diary, makes sobering reading.

The 1957 designs were used for a set of stamps in 1967, but this time the stamps were issued in decimal currency. Additional sets of stamps were released on an infrequent basis until the mid-1990s, when Ross Dependency stamps became an annual event.

Additional denominations showing more Antarctic explorers were added to the set in 1959. A rather lengthy definitive stamp series followed, with stamps being issued at fairly frequent intervals.

The British Antarctic Territory released stamps for the first time in 1963. This was a handsome engraved set of 15 showing transportation and scenes from the Antarctic.

The stamps were used within Graham Land and on the South Shetland Islands and the South Orkneys, which together form the British Antarctic Territory.

These localities were formerly part of Falkland Islands Dependencies, whose stamps were used prior to 1963.

The French Southern and Antarctic Territories began issuing stamps in 1955.

A year later a very beautifully designed and printed definitive set was issued, and new stamps have been added up to the present time.

The problem with using Antarctic stamps to evoke the feeling that things could be worse upon a winter-weary collector is that in the Southern Hemisphere it is summertime in Antarctica. The weather there could be quite a bit better than places in the north.

So to find worse weather, we have to go much further north to the polar cap in the Arctic. Unlike Antarctica, the North Pole does not sit on a continental landmass, although there is plenty of ice in the Arctic Ocean. One of the ice shelves at the North Pole must surely be the home of Santa Claus and his elves.

To find U.S. stamps used within the Arctic Circle, one has to look for stamps used in Barrow, Alaska.

Much of Greenland also lies within the Arctic Circle, as do parts of Canada, Norway, Sweden, Finland and Russia, especially Siberia.

Seeking souvenir covers and postal history generated by polar expeditions can be very interesting. In 1928, Adm. Richard Byrd conducted his first Antarctic expedition, one that generated souvenir mail. In 1946 his Operation Highjump produced even more souvenir mail, some of which never went anywhere near Antarctica.

There are other expeditions, other explorers and other covers worthy of being included in a polar postal history collection.

Some of the easiest to find are cacheted first-day covers for polar explorer stamps.

You can also get souvenir covers canceled at the American bases, such as those I had sent to myself in 1988, one of which is shown in Figure 9.

The cover is appropriately franked with a 25¢ Richard E. Byrd stamp, U.S. Scott 2388, part of the Antarctic Explorers set of four stamps.

If polar philately sounds interesting to you, you will want to join the American Society of Polar Philatelists.

While exploring the polar regions online, I also recommend a visit to

This outstanding site will surely whet your appetite to do some philatelic polar explorations of your own.

As for me, I think I shall put away the snow shovel and join Santa in the tropics, as illustrated on the recent 50¢ Christmas stamp from Christmas Island, shown in Figure 10. Well, at least I can throw another long on the fire and dream. Happy holidays.