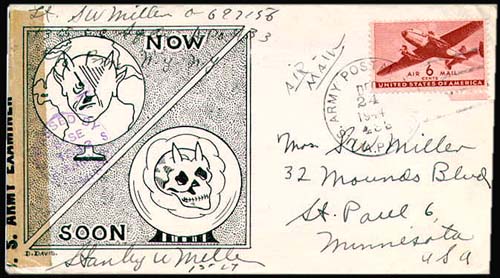 Figure 9. This cachet on this cover caricatures Adolf Hitler as a horned devil and predicts his imminent demise. Click on image to enlarge. 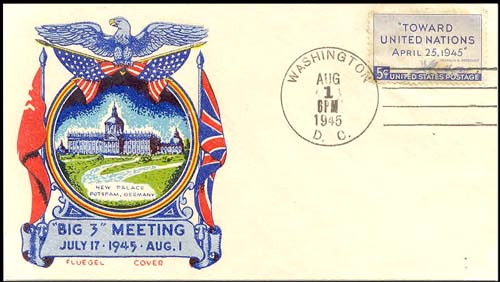 Figure 8. One of more than 40 colorful WWII patriotic covers produced by the prolific Herman Fluegel. Click on image to enlarge. 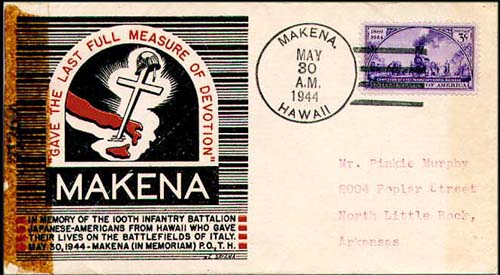 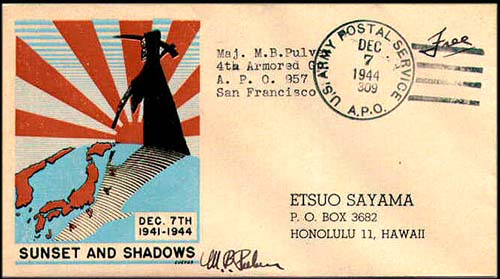 Figure 6. This cover's patriotic cachet by Japanese-American artist Etsuo Sayama shows the Grim Reaper approaching Japan against the background of the Japanese naval ensign. Click on image to enlarge. 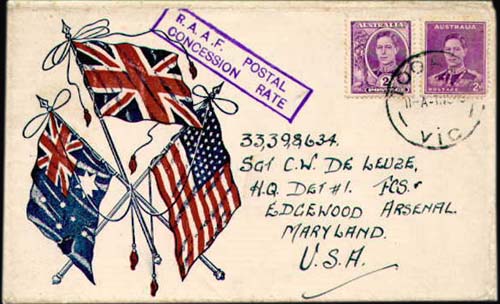 Figure 5. Flags of the Allies fighting in the Pacific (Great Britain, Australia and the United States) grace the cachet of this World War II patriotic cover from Australia. Click on image to enlarge. 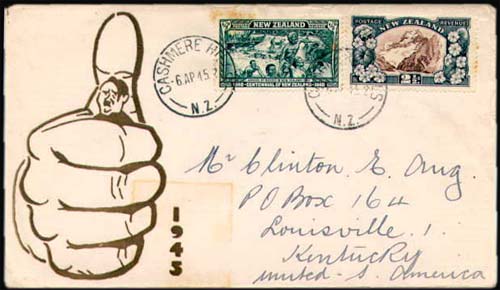 Figure 4. This WWII patriotic cover from New Zealand shows Adolf Hitler being squeezed in a giant hand. Click on image to enlarge. 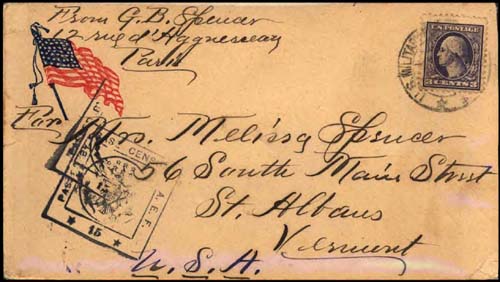 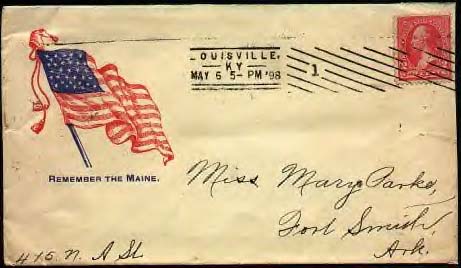 Figure 2. A Spanish-American War patriotic cover with a "Remember the Maine" and American flag cachet. Click on image to enlarge. 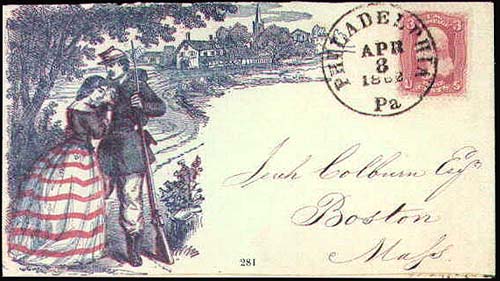 Figure 1. A Union soldier says farewell to his tearful sweetheart on this American Civil War patriotic cover. Click on image to enlarge.
Previous
Next

All sorts of decorations have been added to envelopes to make them more attractive, to sell products or to promote causes. Stamp collectors call these decorations "cachets," pronounced ka-SHAYS.

During times of war or civil strife, many people showed support of their country or cause by using stationery illustrated with patriotic themes.

In the United States, the Civil War spurred many patriotic envelopes expressing both Union and Confederate sympathies. Figure 1 shows a cover printed with a romantic scene of a soldier saying farewell to his tearful sweetheart. It was mailed from Philadelphia in 1862.

Civil War patriotics are highly prized not only by cover collectors but also by Civil War memorabilia collectors.

A litany of other wars followed the Civil War, with covers devoted to patriotic themes produced for each.

A patriotic cover from the Spanish-American War with its "Remember the Maine" slogan is shown in Figure 2. The cover was mailed May 5, 1898, from Louisville, Ky.

The American Expeditionary Force World War I patriotic cover that is shown in Figure 3 bears a waving flag cachet.

This "war to end all wars" didn't, and WWII produced its share of patriotic covers.

Although patriotic covers for the Korean War exist, similar covers seem to have fallen completely out of favor by the time of the Vietnam War. Some viewed patriotism then itself as outmoded, while others considered it their patriotic duty to protest the war. Patriotic covers produced during the Vietnam War would probably have been a commercial failure. Do any exist?

Patriotic-cover collecting got a huge boost in 1999 when the Collectors Club of Chicago published Lawrence Sherman's book United States Patriotic Covers of World War II. This book contains a wealth of information about the covers, their designs and the cachetmakers.

Patriotic covers can be classified in several ways: by war or time period, by event, by designer or publisher, or by topic or theme. Topics and themes can be further broken down into subcategories such as cartoons and caricatures, people or places in the news, battles and slogans.

Patriotic covers have been produced by many nations. Figure 4 pictures a patriotic cover from New Zealand showing Hitler being squeezed by a giant fist.

Flags of the Allied nations fighting in the Pacific grace the cachet of the WWII patriotic cover from Australia shown in Figure 5. Flags are a popular patriotic cover topic.

Several years ago I began collecting patriotic covers produced during WWII by Etsuo Sayama. Sayama was a nisei, a Japanese-American born in America. Sayama was born and raised in Honolulu.

When the Japanese attacked Pearl Harbor on Dec. 7, 1941, Sayama was employed as a civilian draftsman with the U.S. Army.

Sayama's cachets bring an interesting perspective to patriotic cover collecting. They reflect Hawaiian culture, and they show patriotism from the point of view of a Japanese-American.

Figure 6 shows a poignant multicolor design Sayama produced in 1944 to commemorate the third anniversary of the attack on Pearl Harbor. Titled "Sunset and Shadows," the cachet shows the Grim Reaper overtaking the Empire of Japan against the background of the Rising Sun of the Japanese naval ensign.

The cover is a military free franking and was mailed from Army Post Office 309 at Schofield Barracks, Hawaii. The letter was self-censored by the officer who mailed it.

Another of Sayama's covers, shown in Figure 7, commemorates the famous 100th Infantry Battalion, which was composed entirely of Japanese-Americans from the former Hawaiian Provisional Battalion.

When called to active duty, it became the 100th Infantry Battalion, known colloquially as the "one puka puka." The battalion trained for eight months at Camp McCoy, Wis., followed by advanced training at Camp Shelby, Miss.

The 100th Infantry Battalion saw no action while attached to the Fifth Army in North Africa. After landing in Italy in 1943, the soldiers of the 100th saw bitter fighting as they clawed their way up the peninsula from Salerno to Rome.

In June 1944, the 100th Infantry Battalion was combined with another Japanese-American unit, the 442nd Regimental Combat Team, whose motto was "Go For Broke!"

A book and a movie about the 442nd used that motto for their titles. The 442 RCT had an outstanding record of service.

At full force, there were only 4,500 men, yet they earned more than 18,000 individual decorations, including 9,486 Purple Hearts and 5,200 Bronze Stars. It was the most decorated unit in U.S. military history.

Herman Fluegel, who was responsible for some of the most colorful WWII patriotics, produced the cover shown in Figure 8. Throughout the war years, Fluegel produced more than 40 covers, beautifully printed in color. A complete set tells the American story of WWII.

A great many caricature patriotics would not be considered politically correct by today's standards. Figure 9 is an example that shows Hitler in a deservingly bad light, although there are even stronger examples that denigrate and dehumanize the enemy to a much greater degree.

Patriotic cover collecting is a vast field full of interesting material offering collectors a connection with important events in the past.