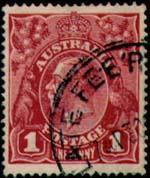 Figure 6. The crossbar is missing from the top of the crown at top center of this stamp. 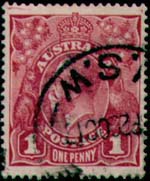 Figure 5. This stamp shows an extra line at the top left. 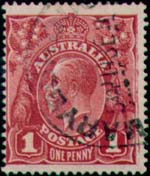 Figure 4. This stamp has an extra vertical frame line at right. 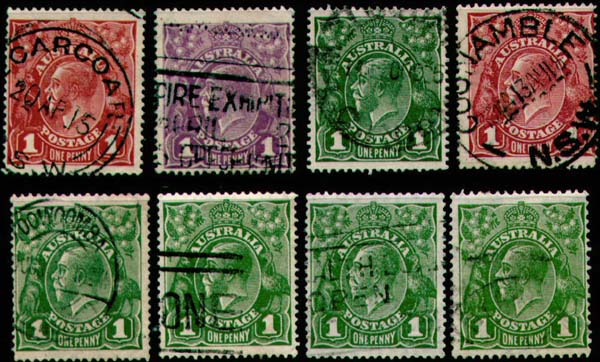 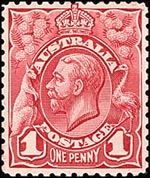 The stamps of Australia offer great opportunities for collectors looking for a subject around which a specialized collection can be formed on a limited budget. I previously wrote about Australia's Map and Kangaroo definitive stamps in the Sept. 16, 2002, Refresher Course.

The King George V definitive series was in use concurrently with the Kangaroo and Map stamps.

These stamps feature the left-face profile of King George V of the United Kingdom of Great Britain and Northern Ireland, flanked on the sides by a kangaroo and an emu.

What is the king of England doing on the stamps of far away Australia?

While aboriginal people have been living in Australia for 50,000 to 60,000 years, the first European settlers came from the British Isles in the 18th century.

In 1899-1900, voters in the six colonies approved a referendum on federation.

To this day, the British monarch is the Australian head of state. Recent attempts to change Australia into a republic and replace the queen with a president have not been successful.

While Queen Elizabeth II does not appear on Australian stamps as often as her forebears, Australia regularly commemorates her birthday and other notable events of the royal family on its postage stamps.

The first stamp in the series of Australia's King George V definitives was a recess-printed 1-penny carmine stamp, Scott 17, issued Dec. 9, 1913, and shown in Figure 1.

Recess printing is done from engraved plates. The printing is finely detailed with crisp lines, and the ink is slightly raised from the surface of the paper.

The first 1d King George V stamp is the only one that was recess-printed.

Additional values of the King George V stamps were printed by letterpress, also called typography in some reference works such as the Scott stamp catalogs.

In January 1914, Perkins Bacon and Co., London, a security printer, was awarded a contract to produce dies for stamps to be printed in Australia by letterpress (raised printing surface). New 1d stamps were printed and released in July 1914. Additional stamps in other denominations were subsequently added.

This first definitive stamp series was printed on paper watermarked with a wide crown and narrow A.

From 1913 to 1931, Australian Official stamps were created by perforating regular postage stamps, including the King George V issues, with the initials "OS." These Official perfin stamps (stamps with perforated initials) are prefixed "OA" and "OB" in the Scott catalog. "OS" stands for "On Service."

There are color varieties, perforation varieties, inverted watermarks, die varieties, plate varieties, printing irregularities and freaks, all of which are fun and challenging to find and collect.

Australian Official stamps are more difficult to find well-centered because regular stamp sheets that had been rejected for poor centering were purposely used for Official perfinned and overprinted stamps as a cost saving measure.

The good news is that even though these stamps are as much as 90 years old, they are, with a few notable exceptions, still available and affordable.

A good way to begin collecting these stamps is to concentrate on acquiring all known varieties of the low-face-value stamps, such as the ½d, 1d, or even the 2d stamp.

Once you have accomplished that, you can branch out and try looking for some of the more elusive varieties.

To demonstrate the fun these stamps can bring, let's work our way through a few using the 1d stamps. Many superb studies of these stamps have been made and excellent reference works and catalogs are available.

Have a perforation gauge and watermark fluid at hand when working on these stamps or other similar stamps.

We will start with Scott listings. The first 1d stamp is the 1913 recess-printed 1d carmine on unwatermarked paper, perforated 11, Scott 17, shown as Figure 1.

The 1d stamps printed by letterpress (also called typography) are shown in Figure 2. The first stamp on the left, Scott 21, is red on paper watermarked wide crown and narrow A. It is perforated gauge 14.

The next stamp, Scott 22, is violet on paper watermarked wide crown and narrow A, and perforated gauge 14.

Shown next is Scott 23. Printed in green, it is also on paper watermarked wide crown and narrow A and is perforated gauge 14.

The next stamp, Scott 64, is green on unwatermarked paper and is perforated gauge 14.

Scott 67, shown next, is also green, but on paper watermarked multiple small crown and A.

The bottom right stamp in Figure 2, Scott 114 is green on paper watermarked multiple small crown and C of A.

Once you have acquired these stamps, you can work your way through their Scott-listed varieties.

Scott lists six varieties of Scott 21. The three die varieties, dies I, Ia and II, are shown left to right in Figure 3.

The Scott catalog describes die I as "normal" having a white line and heavy colored line outside the oval band with Australia.

Die Ia has "a small white spur below the right serif at the foot of the '1' in the left serif."

Die II is described as having a "heavy colored line between two white lines back of the emu's neck" with "a white scratch crossing the lowest point of the bust."

The catalog also lists shade and paper varieties, which do not lend themselves to illustration in black-and- white newsprint.

With careful attention and perseverance, you can acquire the varieties then move on to more intriguing pursuits of looking for plate and printing varieties.

For that exercise, you will need to use a specialized catalog. The Australian Commonwealth Specialist Cataloguepublished by Brusden-White is a good choice, although the detailed listings can be fairly daunting. Sometimes it can be more fun just to pick through a batch of 1d stamps to see what you can spot.

In compiling this article, I went through an unorganized lot of King George V stamps stored in a stock book that I had put aside to organize when I got the opportunity.

Three examples of what I found are shown as Figures 4 through 6. These, along with hundreds of others, are cataloged by Brusden-White.

The stamp in Figure 4 has an extra vertical frame line down the right side.

The stamp in Figure 5 has an extra line at the top left corner of the stamp.

The top of the crown at the center top of the stamp shown in Figure 6 is missing its crossbar.

Who knows what else I might have found in this lot by devoting a few more hours with my magnifying glass?

With some practice and patience, you can find interesting varieties hidden away in your collection too.

It's enjoyable, affordable and immensely rewarding. Give it a try.