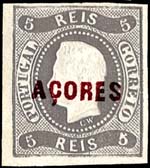 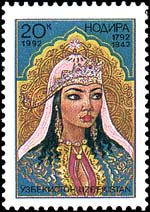 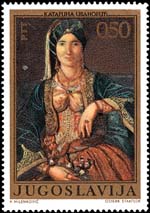 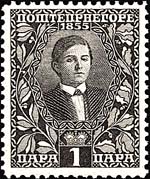 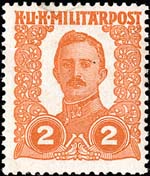 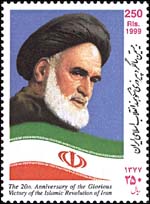 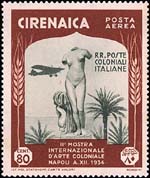 A beginning collector often receives well-meaning advice to specialize in some aspect of the stamp hobby.

Specializing, so it is said, makes one a serious collector.

The specialization can be in a specific country, topic, time period or branch of philately.

The most specialized of specialist collectors might only collect a single stamp issue.

In some ways, specializing makes sense. Completion is certainly more attainable with narrower goals. Perhaps specialization can help a tight budget. And those with less time to devote to collecting might find the focus on one aspect of the hobby a better use of leisure time.

Unfortunately, specialization also has some downsides. By selecting only one or two specialties, a collector limits his exposure to the richness, depth and diversity that a worldwide stamp collector experiences.

Many, if not most, collectors begin as worldwide collectors. In this formative stage, any stamp from anywhere is of interest and is gleefully added to the collection.

I began collecting as a youth, learning most of my geography and a good bit of my history through my stamp collecting activities. At the time, I had no idea it was educational. It was just fun.

In fact, I recently rediscovered the fun of worldwide collecting by beginning a new global collection housed in an ancient Scott worldwide album that I acquired (free) at a local stamp club meeting. The album only goes to 1934, so the collection has a built-in end point.

It is understandable why some collectors find worldwide collecting so daunting.

The German-language Michel-Rundschau monthly stamp magazine does a yearly count of the many thousands of stamps issued worldwide. [Editor's note: See the story on page 50, which reports that in 2001, the latest year for which the count was completed, 14,408 stamps were issued.]

Acquiring just the stamp albums to house such a collection can easily exceed the limitations of both finances and shelf space.

The odds are very small that a worldwide collector who sets completion as a goal will ever find success.

But collecting the world is still a good idea.

Unlike those who specialize, a worldwide collector can always find new stamps to add to the collection. It is surprising how many interesting stamps can be acquired on a pauper's budget.

You can easily find stamps at stamp shows, through auctions and club meetings and even by dumpster diving.

Collecting the world nudges collectors to explore the hobby's byways as well as its highways. It gives those who participate a broad general knowledge of many subjects rather than specialized knowledge of only a few.

It is nice to be able to attend a stamp club meeting or a show and be able to appreciate stamps from exotic and obscure places such as Cyrenaica, Cilicia and Latakia and other countries most people have never heard about.

A worldwide collection allows you to converse with others about a diverse range of collecting areas. Overcoming the storage problem is difficult but not impossible.

With a little searching, you can often buy used albums in good condition at a fraction of the cost of buying them new.

You can also make your own pages on your home computer using your favorite word processing or publishing software. This can be a simple project or a time-consuming one depending on how much detail and information you want on the pages.

For a minimal fee, you can download designed pages from a site on the Internet and print them on your printer. The web site's address is www.stampalbums.com.

A CD-ROM disk of these album pages is also available for a small fee from William Steiner, 5254 Faye Court, Carmel, IN 46033.

Or, you could decide to forego stamp albums entirely and use stockbooks for storing and displaying your stamps. This allows you the flexibility to reorganize a collection at the slightest whim, and it eliminates the decision of whether to hinge or use stamp mounts for your stamps. Perhaps best of all, you never have any unfilled spaces.

You might use a combination of these methods to safely house your collection. Whatever you do, make certain that the stamps are readily accessible so that you can see and enjoy them whenever you desire. That is why you have the collection.

As previously mentioned, my new worldwide collection has boundaries established by the album I am using. It was published in 1934, so it does not contain spaces for stamps issued after that date.

Some collectors establish their own limits to reduce the bulk or expense of collecting the whole world. The good news is that it is possible to collect the world and still have a great collection that brings you a lot of pleasure.

One possibility is limiting a worldwide collection by time period. There are albums for collectors who only want to collect the first 100 years of postage stamps (1840-1940).

An interesting, although much larger, collection would be stamps issued during the 20th century. With the two World Wars, the changing geopolitical conditions and development of innovative printing techniques, this could be quite a collection.

Imagine being able to trace the rise and fall of Yugoslavia through its formation from the unity of several interrelated states to its final demise earlier in 2003.

Three of the countries or regions that were combined in 1918 to form Yugoslavia were Bosnia and Herzegovina, Montenegro, and Serbia.

A Montenegrin 1-para black King Nicholas as a Young Man stamp, Scott 87, is shown in Figure 5.

A Yugoslavian 50-para Woman in Serbian Costume stamp (a design based on a painting by Katarina Ivanovic), Scott 1081, is shown in Figure 7.

Another collection could show the slow and sometimes painful progression from colony to independence for former British, French, Spanish, Italian or Portuguese possessions. A 20th-century collection can do that.

A more expensive endeavor would be to try and form a worldwide collection of all stamps numbered Scott 1.

Uzbekistan Scott 1, the 20-kopek Princess Nadira stamp shown in Figure 8, would only cost 30¢ for a mint or used example, even if you paid full catalog value for it.

Some other No. 1s, such as the 5-reis black King Luiz stamp, Azores Scott 1, shown in Figure 9, are quite a bit more expensive.

Grouping stamps by continent, ideology, language, monetary unit or change in leadership are other possibilities that can help you learn more about stamps, stamp collecting, religion, history, geography and other social studies.

The ideologies of the various aspects of Islam have been in the news of late.

The 250-rial Islamic Revolution, 20th Anniversary stamp, Iran Scott 2758, shown in Figure 10, would fit into an ideological worldwide collection of such stamps.

Let's not forget about the old-fashioned worldwide collector who accepts every new stamp that comes along, no matter where it is from or when it was issued.

Spending a little time to admire its design and find out a tidbit of information about the person, place, or event illustrated on the stamp can be one of the most satisfying and rewarding aspects of being a stamp collector.

For most of us, it is not just the stamps that we value. It is also the stories they represent.

If you are a specialist, give worldwide collecting a try and find out what you have been missing. I'm willing to bet it will enhance your specialty rather than detract from it.

If you are a new collector, my best advice is to start with the world. Collect everything that catches your eye.

If you decide to specialize at a later date, you can make the decision based on some solid collecting experience rather than a passing whim.

The web site contains a number of great articles, resources for beginners of all ages, and even free downloadable blank album pages.

The ISWSC also operates stamp swap circuits that are an excellent, inexpensive way to acquire a lot of worldwide stamps.