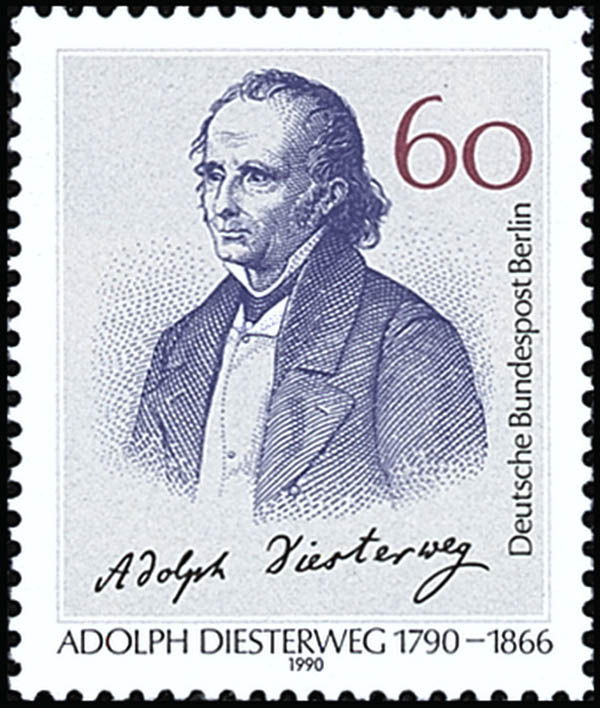 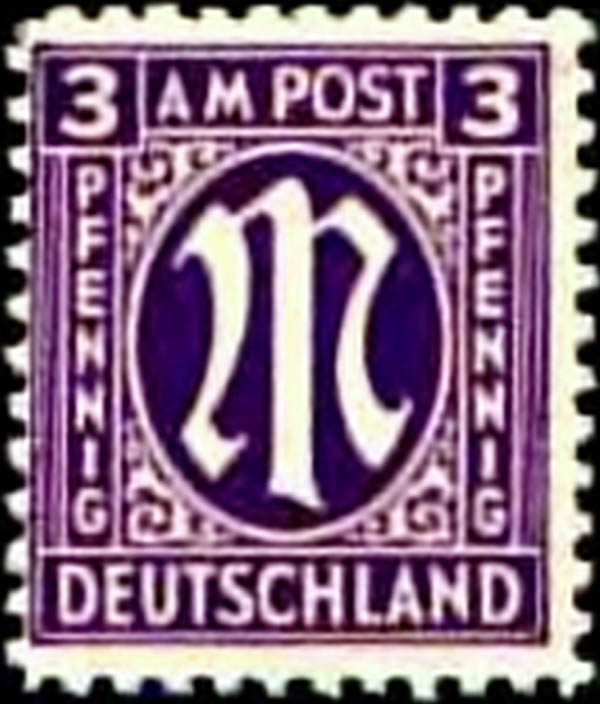 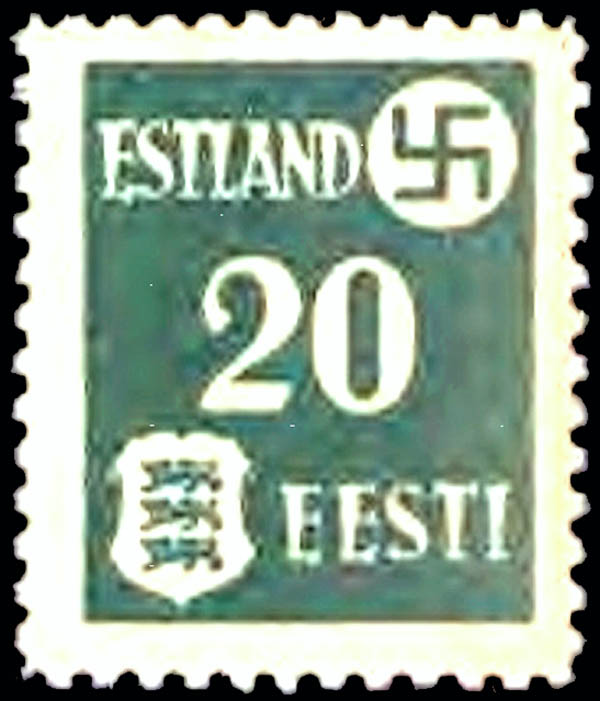 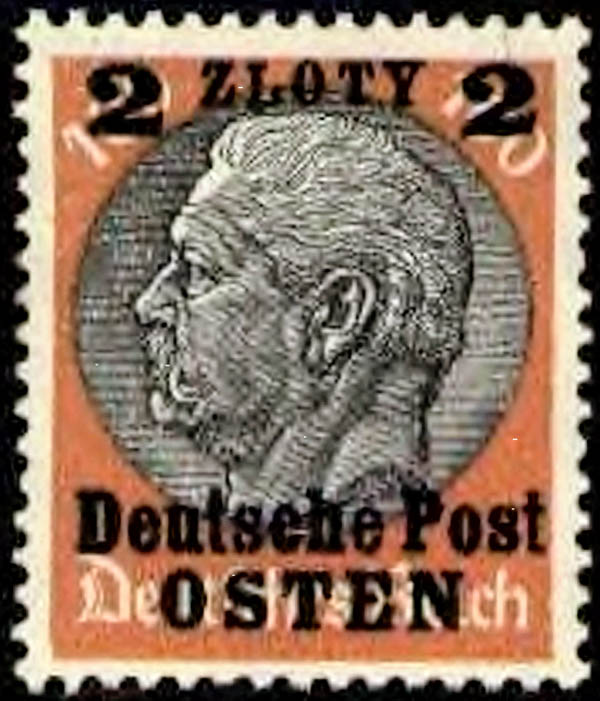 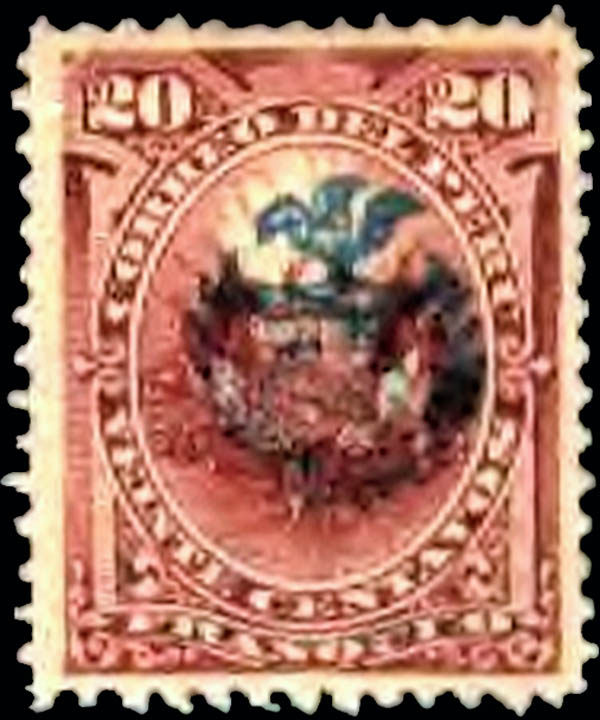 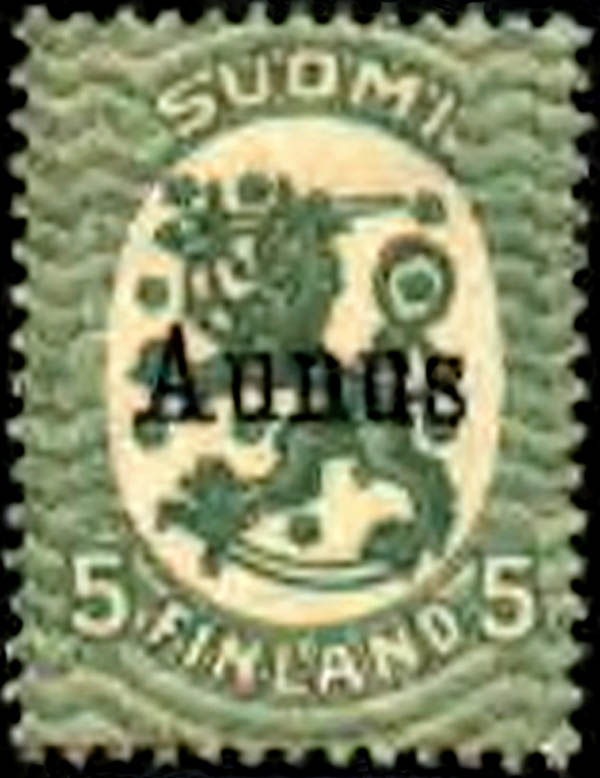 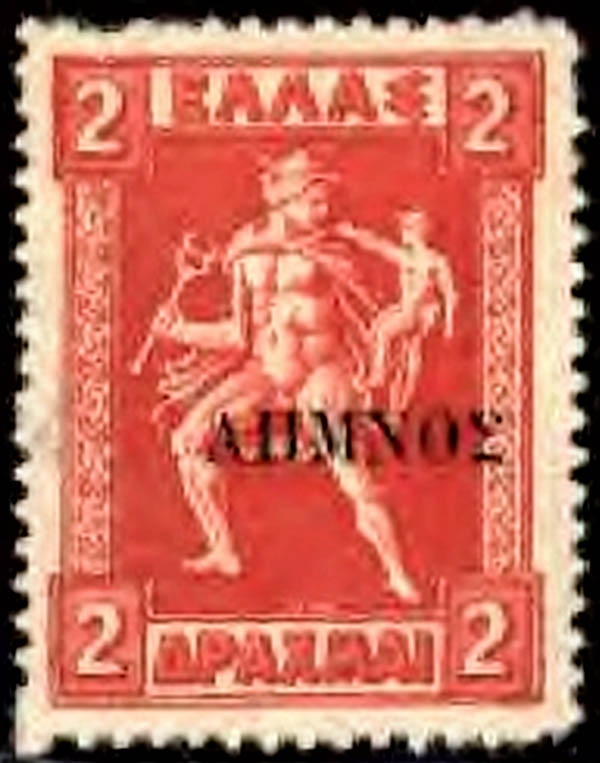 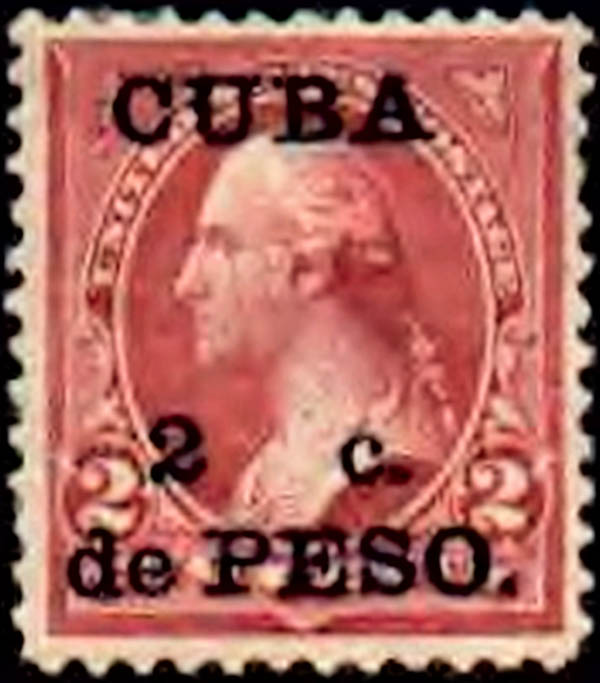 Figure 2. This 2-centavo-de-peso surcharged and overprinted 2¢ reddish-carmine George Washington stamp, Cuba Scott 222, and other U.S. occupation of Cuba stamps are not assigned the "N" prefix by Scott. Click on image to enlarge. 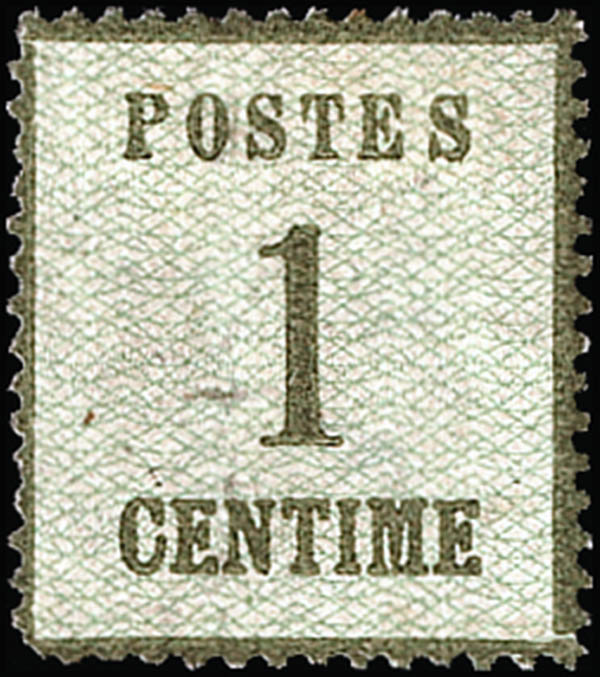 It is true that natural disasters such as earthquakes, volcanic eruptions, floods, fires, famines, pestilence and storms can and do cause havoc with mail delivery, but often these postal interruptions are over in a matter of weeks or months.

It is different with wars. Wars shut down exchange of mail between belligerent nations.

Even for nonbelligerents, war can cause delays, rerouting, censorship and perhaps even nondelivery of mail.

Postal communications to and from soldiers at the front are crucial to morale, but they can bog down both military and civilian resources.

Many things change when an army marches in and begins occupation of a city, region or country. The changes profoundly affect the citizens who live there.

One of the primary changes is the control and delivery of mail.

Occupation authorities usually control all government functions and agencies, including the post office.

Realizing that civilians could transmit classified information deliberately or unintentionally by mail, occupying forces generally set up procedures to control the types of information and documents that can be mailed.

There is also a more subtle aspect to controlling the posts: the promotion of the occupying power's ideals and ideology, and the vanquishing of the old ways by issuing new stamps in support of the occupation. It is propaganda that nearly every citizen sees, uses and distributes.

When thought of purely in those terms, the idea of using occupation stamps to disseminate the occupier's propaganda is horrifying.

They can also be rather puzzling, weird looking and challenging to identify.

The first occupation stamps are those issued for the provinces of Alsace and Lorraine occupied by Germany during the Franco-Prussian War of 1870-71.

Occupation stamps are listed in the Scott Standard Postage Stamp Catalogueprefixed with the letter "N" (usually). The listings are after the regular postage section, in the back-of-the-book section for the country being occupied, after local stamps and preceding the Official stamps.

This location is not always the case, though. For example, the United States occupied Cuba during and after the Spanish-American War.

None of the stamps issued during the U.S. occupation has an "N" prefix. In fact, they are found in the Cuba regular postage listings after a subheading that says "Issued under Administration of the United States."

The rationale for listing some occupation stamps with the "N" prefix instead of no prefix is that occupying forces often control only part of the occupied country.

When only one type of stamp is in use, the prefix "N" is not always assigned, as is the case for the U.S. occupation of Cuba stamps.

For example, during the Balkan Wars of 1912-13, Greece occupied some of the islands in the Aegean Sea that had formerly belonged to the Ottoman Empire.

The Greek occupation stamps issued for these islands are listed by Scott with "N" numbers. They are in the back-of-the-book section for Greece under the heading "Occupation and Annexation Stamps," rather than individually for each of the islands, such as Samos or Lemnos, or under Turkey, the country being occupied.

It takes some persistence to catalog stamps issued under military occupation. It also takes good detective work and judicious use of a stamp identifier to figure out some of the more esoteric occupation stamps.

Let's look at the example of the 5-pennia green Coat of Arms stamp of Finland overprinted "Aunus" that is shown in Figure 4.

The obvious first place to look is under "Aunus," but there is no Scott listing for such a place.

The next obvious place to look is under Finland, but there are no listings in Finland for stamps overprinted "Aunus."

You can thank the Scott editors for including the "Index and Identifier" section at the back of each Scott catalog volume. For "Aunus" you will be directed to a page number that turns out to be in the listings for Russia.

The stamps overprinted "Aunus" were issued under the Finnish occupation of a Russian town named Olonets in Russian and Aunus in Finnish. The stamp is listed as Russia Scott N8. Thank heavens for the index.

The "Illustrated Identifier" at the back of each volume of the Scott catalog can also provide some clues.

During the Chilean-Peruvian War of 1879-82, the Chilean army occupied Lima and Callao, the two largest cities in Peru.

They are listed at the back of the Peru listings under the heading "Occupation Stamps."

A 20-centavo brown-red Peruvian stamp overprinted in blue with the Chilean crest, Peru Scott N17, is shown in Figure 5.

It can be quite an interesting exercise to trace the movements of armies throughout a theater of war by using a representation of occupation stamps.

In the early days of World War II, German and Italian forces moved throughout Northern Europe and Western Europe and the Balkans, occupying many nations.

For example, in 1939 there were stamps for Germany's occupations of Bohemia and Moravia, Danzig, and Poland.

As the war progressed, occupations changed back and forth with the winds of war. The countries that were the occupiers eventually became the occupied.

In 1945 the United States, Great Britain, the Soviet Union and France occupied Germany itself.

Very distinctive occupation stamps were issued by the Allied Military Government for the joint British and American occupation zone (Bizonia).

France and the Soviet Union also issued occupation stamps for their zones of occupation in Germany.

The longest-lived occupation stamps were for the British-French-American occupation zone of West Berlin.

The first stamps were issued shortly after the Berlin Airlift began in 1948.

Occupation stamps for Berlin were not discontinued until Oct. 3, 1990, after the fall of the Berlin Wall and at the reunification of East Germany and West Germany.

Many occupation stamps were produced by applying overprints or surcharges or both to the stamps of the occupied nation or to those of the occupier.

Occupation stamps with forged overprints abound, and sometimes the forgeries are quite deceptive.