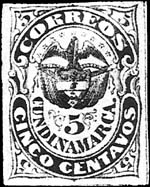 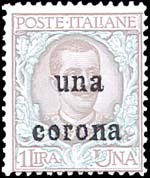 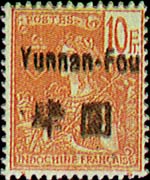 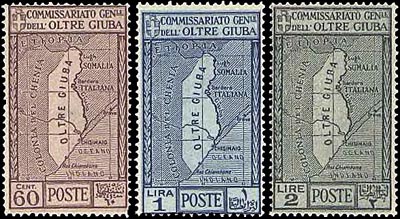 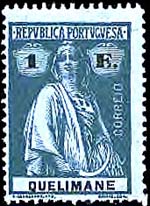 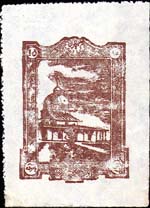 Collecting stamps, even stamps from obscure places that few people have ever heard of, is easier than ever because of the Internet.

Stamp collectors, especially those of us with worldwide collections, have a great advantage when something of note happens in the world. We know our geography.

I was able to reply and then illustrate my response by showing some pretty neat stamps, among them, the 2/6p gray-black King George VI and Gentoo Penguins stamp, Falkland Islands Scott 93, shown in Figure 1.

When Afghanistan became a daily news item, stamp collectors knew where it was and something about its natural and social history. How? From studying the pictures on the nation's postage stamps.

More recently I began thumbing through my 1934 Scott stamp album and noting some of the lesser-known countries that no longer exist as stamp-issuing entities.

Many of them were divided up as spoils of war. Some changed their names along with their governments. Others went out of existence, only to return anew in recent years.

But there are some countries and stamp issuers that are obscure even to stamp collectors. One that caught my attention is Quelimane, which shares the honor with Queensland and Qatar of being the only "Q" countries in the Scott stamp catalogs.

Quelimane is not a place one often hears about. In fact, had I not seen some of its stamps illustrated in the album, I would not have been able to state one fact about it.

The album illustrations helped, because by looking at them I can report that Quelimane is a former Portuguese colony.

Stuff like this bugs me. There has to be more about Quelimane than simply "former Portuguese colony."

Suddenly the whole puzzle about Quelimane became an overwhelming need to know. Maybe stamp collectors are driven by curiosity. Then again, we might just be nosy.

My Internet search was not as fruitful as usual, but I was able to learn that Quelimane was once a province but now is a port city in Mozambique, on the east coast of Africa.

The Portuguese established a trading station at Quelimane in 1544, and it was a slave market in the 18th and 19th centuries.

So now I knew something about Quelimane, but I still had those blank spaces in my album. Even though I have been collecting stamps for more than 40 years, I was pretty sure I had never owned any stamps from Quelimane.

I needed to change that. I thought I would have a lot of trouble finding some. I was wrong. The Internet came to the rescue.

I checked the American Philatelic Society Stamp Store at www.stampstore.org, eBay at www.ebay.com and Linn's Zillions of Stamps at www.zillionsofstamps.com.

My searches found stamps from Quelimane in all three places, all rather inexpensively priced.

A quick check of the Scott catalog values confirmed that a complete Quelimane collection is within the realm of possibilities for collectors of modest means.

The values listed in the catalog also confirmed something else I suspected – the stamps are at least twice as likely to be found mint as they are used.

Most Scott catalog values for used Quelimane stamps are higher than those for mint, and most of the used values are italicized, a warning that the inexpensive used stamps might not bear cancels applied when the stamps were current.

I'd be willing to bet that chasing a legitimate commercial use on cover would be a worthy, and probably frustrating, challenge.

I added the Ceres definitive set from Quelimane to my collection. The high-value of the set, the 1-escudo green on blue paper stamp, Quelimane Scott 40, is shown in Figure 4.

Collectors seeking more information on stamps from Quelimane and some of those other exotic-sounding places in Portuguese Africa such as Tete and Funchal, should join the International Society for Portuguese Philately, 1491 Bonnie View Road, Hollister, CA 95023-5117.

The society maintains a web site at www.portugalstamps.com.

Paging through my album revealed many other little-known stamp-issuing entities. My eyes landed upon Oltre Giuba.

Oltre Giuba, also known as Italian Jubaland, is also in East Africa, but well north of Quelimane, lying between Kenya and Somaliland. Oltre Giuba is Italian for "trans Juba," and it was the name given to the territory on the other (west) side of the Juba River.

Oltre Giuba had its own stamps, Italian stamps overprinted "OLTRE GIUBA," from mid-1925 to mid-1926. On July 1, 1926, Oltre Giuba was incorporated into Italian Somaliland and the use of Oltre Giuba stamps was discontinued. It is now a part of Somalia.

Again, I was curious about Oltre Giuba. The oddest thing happened when I searched the Internet. All the links for additional information were stamp-related sites.

Eventually I searched for "Jubaland" and found a web site in Italian that explains how Italy acquired Oltre Giuba from Britain in an Anglo-Italian treaty signed in July 1924.

In July 1926, Oltre Giuba was annexed to Italian Somalia. In 1998, the State of Jubaland was set up by the Somali Patriotic Movement and the elders of two clans. A year later the leader was ousted by the Juba Valley Alliance, which set up a new government in support of the Mogadishu government.

So would I be able to find some stamps of Oltre Giuba to fill those nagging empty spaces in my album?

This time eBay drew a blank, but both Zillions of Stamps and the American Philatelic Society Stamp Store provided offerings. With a couple clicks of a mouse button, the 60-centesimo, 1-lira and 2-lira Map stamps, Oltre Giuba Scott 33-35, shown in Figure 5, were mine.

Stamp collecting has never been easier.

In fact, it was almost too easy. I wondered if I could completely stump Google, my search engine of choice, at www.google.com.

I also wondered if the big three stamp shopping web sites could be stumped.

I selected three former stamp-issuing entities that I thought would be challenging: Yunnan Fou, a French office in China; Dalmatia, a former Austrian crown land in Hungary that was occupied by Italy after World War I and is now part of Croatia; and Cundinamarca, once a state and now a department of Colombia.

France overprinted stamps of Indo-China for use in Yunnan Fou and its other offices in China. A 10-franc orange-brown on greenish paper Allegory of France stamp, France-Offices in China, Yunnan Fou Scott 33, is shown in Figure 6.

Italy overprinted and surcharged Italian stamps in centesimi di corona and coronas for use in Dalmatia from the time it was occupied until Italy annexed it outright.

The nine Colombian states were originally sovereign and issued their own postage stamps. In the Scott catalog they are listed after the stamps of Colombia. A 5-centavo blue Coat of Arms stamp, Colombia-Cundinamarca Scott 1, is shown in Figure 8.

The Google search engine did not bog down on any of the searches. A search for "Yunnan Fou" produced several pages of possibilities, most of them stamp sites.

The search results for "Dalmatia" were surprising.

The sites Google recommended were tourist-related. I visited a few and was so impressed that I added Dalmatia to my list of places I would like to visit someday. If you don't believe me, check out www.dalmatianet.com.

The search for "Cundinamarca" produced a number of hits, most in Spanish that is easily translated from Google with a click of the mouse on the "Translate this page" option. Most of the offered sites were related to the Colombian government.

That left just the philatelic (stamp-related) sites to search.

The eBay auction site produced one hit for Yunnan Fou but none for either Dalmatia or Cundinamarca.

The APS Stamp Store had several offerings for Yunnan Fou, beginning at $5 and moving upward to $60. There were no listings at the time I checked for Dalmatia or Cundinamarca.

Zillions of Stamps had offerings for Yunnan Fou, beginning at $1.48. There was also one stamp for sale, priced at $12, from Cundinamarca but none from Dalmatia.

This really is not indicative of what might be for sale on any of these sites at any given time, because the offerings change daily.

I concluded, however, that virtually nothing is impossible to find on the Internet. Except, perhaps, stamps from Dalmatia.