No geographic boundaries for some specialist groups 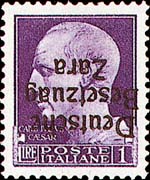 Figure 6. A £100 red and black King George V revenue stamp, Kenya, Uganda and Tanganyika Barefoot No. 56, with a registrar of documents cancel. 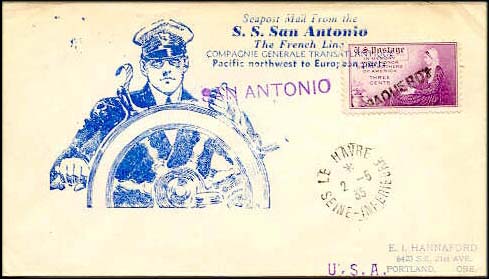 Figure 5. A paquebot cover bearing a helmsman cachet. It was mailed aboard the SS San Antonio. The cover entered the French postal system May 2, 1935, at Le Havre. Click on image to enlarge. 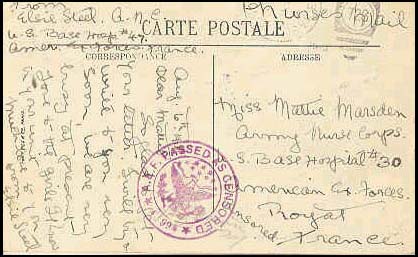 Figure 4. A World War I American Expeditionary Force nurse's mail postcard. The postcard bears a partial strike of APO 726 duplex cancel and a censor handstamp. Click on image to enlarge.

Figure 3. A cover from the USS Yosemite (AD 19) postmarked March 6, 1990. It was serviced at a collector's request and bears the captain's signature, strikes of the ship's four-bar killer, double-ring datestamp and the ship's cachet. Click on image to enlarge. 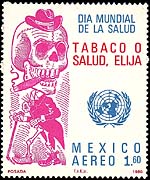 The Aug. 25 Refresher Course looked at some specialty societies dedicated to the philately of a single country or a geographical area.

This Refresher Course will look at specialty societies dedicated to collecting areas that are not organized geographically.

Regardless of your topic or subject, there is probably a specialty or topical society that can assist and educate you in that area.

Specialty and topical societies often publish journals or newsletters, sponsor research and publication, maintain web sites, provide speakers or slide or video presentations, offer expertization and translation services, conduct auctions, offer sales circuits, and provide other services and benefits to assist the collector in the enjoyment of his hobby.

The American Philatelic Society, the largest stamp group in the United States, has 198 affiliated specialty societies. For a complete listing, go to its web site at www.stamps.org or write to the APS Affiliate Coordinator, Box 8000, State College, PA 16803.

The American Topical Association was founded Sept. 12, 1949, by a stamp collector who decided to collect stamps according to the topic they displayed rather than by the country that issued them.

With members in 90 countries, the ATA is the largest philatelic society devoted to a specific facet of stamp collecting, and topical collecting is one of the most vibrant areas of the hobby.

The ATA comprises 50 units, ranging from the Americana Unit to Women on Stamps. The ATA has 34 chapters in the United States, Canada, Australia, Great Britain, India and South Africa.

The ATA publishes its journal Topical Time six times a year. Most of the units also publish journals or newsletters.

Over time, the association has published more than 140 handbooks devoted to individual stamp topics.

An annual membership in the ATA is $20.

Write to American Topical Association, Box 57, Arlington, TX 76004-0057, or download an application from the web site at http://home.prcn.org/~pauld/ata/index.html.

One of the attractions of collecting topically is that you can make the scope of your collection as broad and general or as narrow and idiosyncratic as you chose.

The Cinderella Stamp Club is dedicated to the study and collection of local stamps; telegraph stamps; railway stamps; revenue and fiscal stamps; forgeries; bogus and phantom issues; Christmas, Red Cross, Tuberculosis and other charity seals; registration labels; advertisement and exhibition labels; and anything else that might qualify as a cinderella stamp. The club, founded in 1959, is affiliate No. 91 of the APS.

The club publishes a quarterly journal, Cinderella Philatelist. As a bonus, the journal always includes the free gift of a cinderella stamp hinged onto page 2.

The free gift from the April 2003 issue of Cinderella Philatelist, a 1910 poster stamp advertising a Swedish Floating Plant Cultivation Exhibition, is shown in Figure 2.

Annual membership in the club is £16 plus £6 for airmail delivery. Write to Roger Hudson, Box 172, Coventry, England CV6 6NF, United Kingdom, or download an application from the web site at www.cinderellastampclub.org.uk/memform.html.

The Universal Ship Cancellation Society was founded in 1932 and is APS affiliate No. 98. It promotes the study of the history of ships, their postal markings and postal documentation of events involving the U.S. Navy and other naval and maritime organizations of the world.

Shown in Figure 3 is a naval cover from the USS Yosemite (AD 19) postmarked March 6, 1990. It was prepared at a collector's request and to his specifications, bearing the captain's signature as well as strikes of the ship's four-bar killer cancel, double-ring postmark and ship's cachet.

Part of the fascination in collecting naval covers is learning about the ships.

The USS Yosemite was commissioned March 25, 1944, and served continuously until Jan. 27, 1994. After being stricken from the list of active ships, the ship was transferred to the Naval Inactive Ship Maintenance Facility, Portsmouth, Va.

The Military Postal History Society, APS unit No. 19, began life in 1937 as the War Cover Club.

The society publishes a quarterly journal, Military Postal History Society Bulletin.The society has also published a number of books, and it conducts a members-only mail auction.

Annual membership in the society is $20. Write to Treasurer MPHS, Box 32, Cypress, TX 77410, or download an application from the web site at www.militaryphs.org/home.html.

"Paquebot" refers to a postal marking applied in the receiving city to letters mailed aboard a ship.

The society publishes its journal, Seaposter, six times a year. Annual membership in the society is $10. Write to Fred McGary, Box 4101, Middletown NJ 07748.

The letter is postmarked May 2, 1935, at Le Havre, France, the next port where the ship called after the letter was posted.

The American Revenue Association, APS affiliate No. 51, was founded in 1947. According to the association's web site at www.revenuer.org,

tax (revenue) stamps had already been in use for more than 200 years when the first postage stamp was issued in 1840.

The ARA covers the world. It publishes its journal, American Revenuer, six times a year. The society also conducts auctions and provides sales circuits for members.

Annual membership in the society is $21. Write to Mike McBride, Box 814, Louisville, CO 80027, or apply for membership via the web site.

A £100 red and black King George V revenue stamp, Kenya, Uganda and Tanganyika Barefoot No. 56, with a registrar of documents cancel, is shown in Figure 6.

The Errors, Freaks and Oddities Collectors Club, APS affiliate No. 94, was formed in 1978.

According to John M. Hotchner, "errors, freaks and oddities, popularly called EFOs, are the riffraff of philately."

While no consensus on the exact definitions of EFOs exists, the club attempts to provide information and literature to guide collectors in becoming knowledgeable in collecting EFOs.

No matter what your collecting interest, it is a near certainty that a specialist society exists to assist, inform and educate you.