Use FDCs to introduce kids to collecting 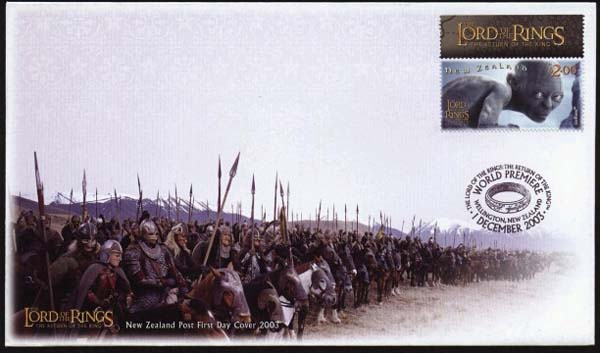 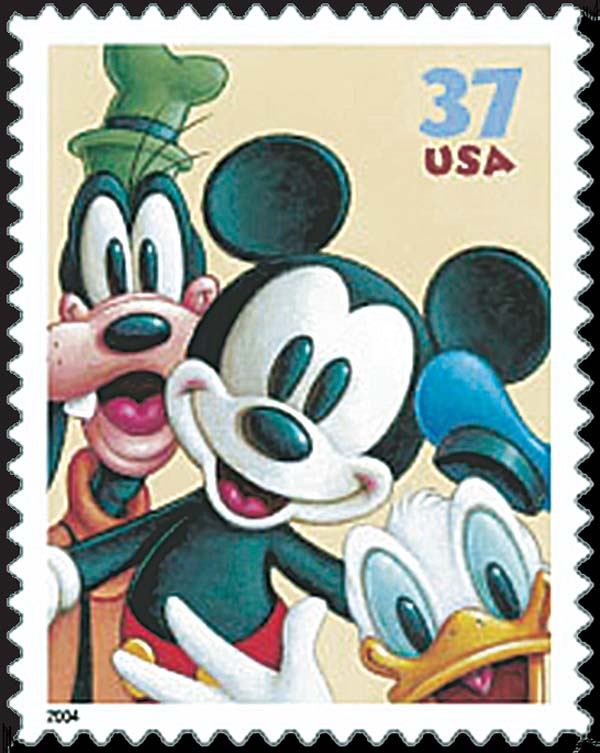 Figure 4. This is an image for one of the United States Mickey Mouse, Art of Disney stamps to be issued in 2004. Click on image to enlarge. 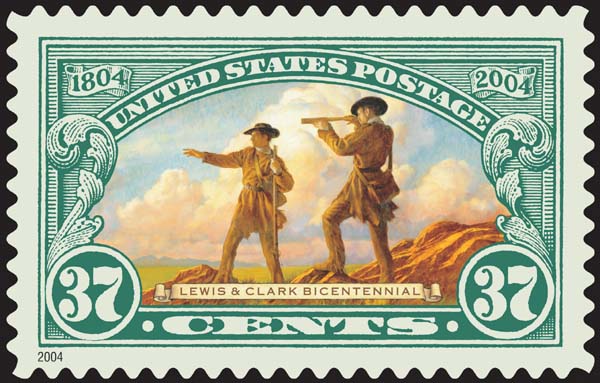 Figure 3. The 37¢ Lewis and Clark Bicentennial stamp, to be issued May 14, has a host of historical connections to make the hearts of young collectors-to-be beat faster. Click on image to enlarge. 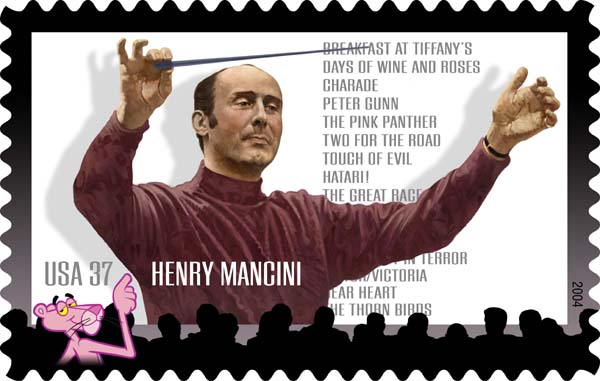 Figure 2. While your favorite child might not know Henry Mancini, shown on the 37¢ stamp to be issued April 13, they probably do know the Pink Panther lurking in the audience. Click on image to enlarge. 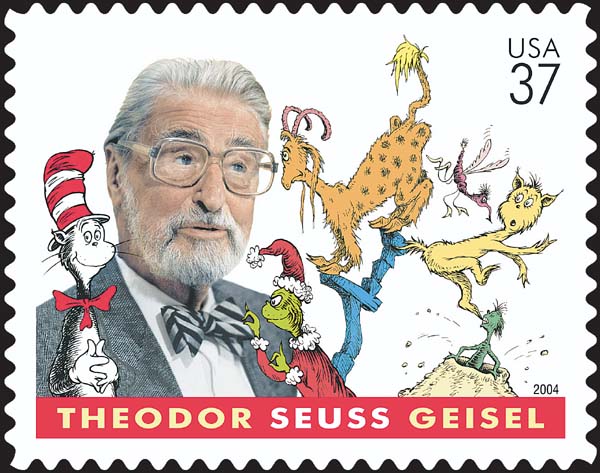 Figure 1. Sending a first-day cover of the 37¢ Dr. Seuss stamp to be issued March 2 to a receptive child is an excellent way to introduce the child to stamp collecting. Click on image to enlarge.
Previous
Next

Stamp collecting is a great family hobby, but getting kids interested can be tricky.

It helps if the kid you are trying to interest likes to collect something already. It doesn't matter what, really, just so long as the child seems to have the collecting gene.

But even if youngsters you know have not shown any interest in collecting, you can still expose them to stamps in a fun and inexpensive way.

There is scarcely a month that goes by that the United States Postal Service doesn't issue one or more stamps, few of which children are likely to see on cards or letters unless you make it your business to help things along.

You could just go to the post office and buy new stamps as they become available in your local area and give them to children, but there is no buy-in in this for the kids. Some kids might become interested in collecting this way, but I'd bet it would not be many. They need something that gives them a personal stake in collecting.

With a little extra effort you can make a collectible that might just become a family heirloom. Here's how.

Almost every week Linn's publishes its U.S. Stamp Program, which outlines the new stamps that will be issued by the Postal Service.

With this information at hand, you can easily send for a first-day-of-issue postmark to be applied to an envelope bearing the new stamp.

Address this envelope to the young person in your life and enclose a letter. Kids love to get such mail.

The letter should include a paragraph or two about the stamp that you can personalize in some meaningful way. For example, on March 2 the U.S. Postal Service will issue the 37¢ Dr. Seuss stamp, shown in Figure 1.

Perhaps you could send your grandchild a letter with the Dr. Seuss stamp canceled on its first-day-of-issue. The letter could say that this new stamp reminded you of how you used to read The Cat in the Hat and Horton Hears a Who to the child's mother when she was a little girl.

On April 13 the Postal Service will issue a 37¢ stamp honoring Henry Mancini, shown in Figure 2.

Although Mancini was practically a household name when I was a teenager, few kids today will know his music that was so familiar in the 1950s and 1960s.

Perhaps the exception is the Pink Panther theme music. Your letter enclosed in this first-day cover could explain how The Pink Panther was a very funny movie with an unforgettable bumbling detective named Inspector Jacques Clouseau, and that the Pink Panther cartoon character appeared for the first time in the movie credits.

Think of the possibilities for the 37¢ Lewis and Clark stamp, shown in Figure 3, that is coming out on May 14.

The route the expedition traversed might have come through or near where your favorite kid lives.

Maybe you have visited one or more of the places Lewis and Clark explored.

Perhaps the child in your life has an interest in American Indians, animals, camping, canoeing or any of the multitude of other activities Lewis and Clark engaged in during their incredible journey.

This is a great opportunity to create a piece of living history that will connect your youngster to the exciting explorations of Lewis and Clark.

Although very few of the details are available yet, the Postal Service plans to issue four stamps featuring Mickey Mouse and the Art of Walt Disney sometime during 2004.

An image for a 37¢ stamp showing Goofy, Mickey and Donald Duck is shown in Figure 4.

These stamps, with "kid bait" written all over them, will make excellent FDCs for your junior relative or friend.

You needn't send a cover for every new stamp. It might be more meaningful to choose carefully those few stamps for which some direct connection can be made to the child, to you or to other family members.

It is easy to get the first-day-of-issue postmark on a cover.

Buy the new stamp at your local post office, or order from the Postal Service's mail-order catalog or the web site at www.usps.com.

Affix the stamp to the envelope that contains your letter, address the envelope to the child of your choice and place the envelope into a larger one addressed to the postmaster in the issuing city.

Send it within 30 days of the issue of the stamp in accordance with Postal Service instructions. On your outer envelope, include the name of the issue as the first line of address, then the word "Postmaster," then the city and Zip code.

You can also order unaddressed, uncacheted first-day covers from the Postal Service, but in doing this you lose the opportunity to actually send a letter that personalizes the stamp for the child. FDC ordering instructions are always included in the technical details box that accompanies the coverage of each new U.S. stamp issue in Linn's.

You don't have to limit yourself to the United States stamp program in looking for stamps and first-day covers to catch the fancy of your favorite junior or a receptive child.

New Zealand, where the films were produced and filmed, issued a set of stamps for each movie, and the Isle of Man issued a stamp in 2003 for one of the characters in the film portrayed by a Manx actor.

The New Zealand stamps for Return of the King, the third film in the series, were issued Nov. 5, 2003.

A cacheted Return of the King world premier event cover postmarked Wellington, New Zealand, Dec. 1, 2003, and franked with a $2 Gollum stamp is shown in Figure 5. Gollum is one of the characters in the trilogy.

Although it is too late to get a Return of the King first-day cover except in the after-market, there are likely to be many other foreign stamp issues that would be of interest to the kid or kids in your life.

Read Denise McCarty's weekly World of New Issues column and the New Issues department in Linn's to find stamps for topics that your kids will enjoy. McCarty always includes ordering instructions for the stamps mentioned in the column.

If you have access to the Internet, foreign stamps and FDCs are often available directly from the web sites of individual postal administrations.

When I was a young collector, my mother and I used to send for first-day postmarks on all the new U.S. stamps.

On Sunday afternoons we would read the stamp column in the Sunday newspaper to find out the city where a new stamp was going to be released.

In those days, you had to get your covers in before the stamps were issued. A clerk at the issuing post office would affix the stamps.

To pay for the stamps, we would tape coins to our letter and send it away with our self-addressed FDC envelope.

A few weeks later the cover would come back with the new stamp and a first-day-of-issue postmark.

It was a great bonding activity that I remember fondly. During my teenage years, when I temporarily lost interest in stamp collecting, my mom carried on with sending for first-day cancels until she, too, lost interest.

I still have the covers we sent away for, and the warm, loving memories of those Sunday afternoons will last as long as I do.

This activity can be recreated in your home with your children or grandchildren. The kids might become even more interested in the first-day process if they decorate the covers that will be returned with the first-day cancels.

Hundreds of artists and FDC collectors actively participate in creating cacheted covers for new stamp issues. The cachet is an illustration or text that is added to the cover and that relates to the stamp in some way.

The cachet is usually placed on the left half of the envelope, allowing room for the stamp and the first-day postmark to be prominently displayed at the upper-right of the envelope.

The artwork can be applied with pencil, pen, crayons, markers or watercolors, or even can be designed and printed on a computer.

In the case of the Dr. Seuss stamp, for example, a child might create a cachet by simply copying a line or two from a favorite Seuss book or by drawing a character from the book.

The goal is simple: spending time bonding with the children in your life and at the same time exposing them to a hobby you love.

It doesn't get much better than that.

My thanks to collector Henry Scheuer for suggesting the idea for this column.