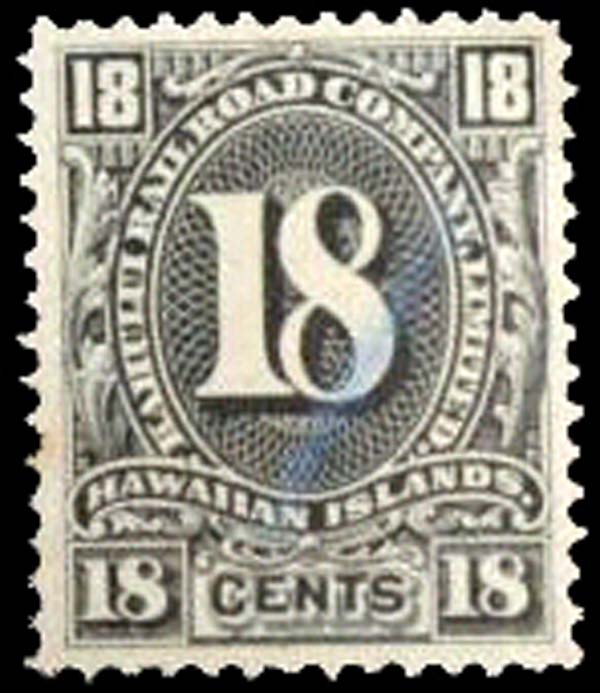 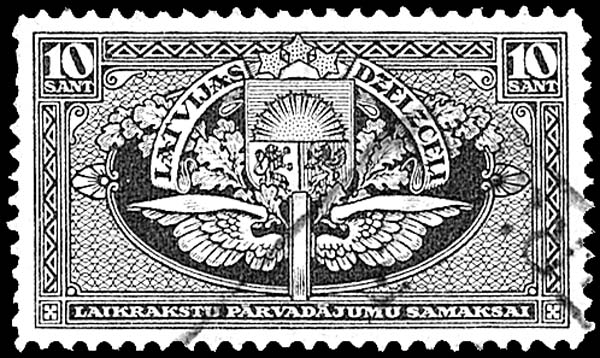 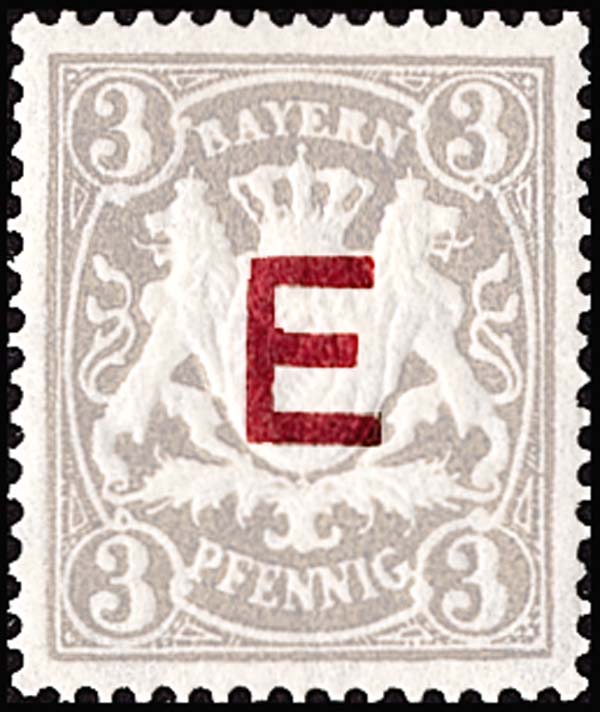 Figure 7. A 3pf dark brown Coat of Arms stamp overprinted "E" in red, Bavaria Scott O1. Is it a railway stamp or an Official stamp? Click on image to enlarge. 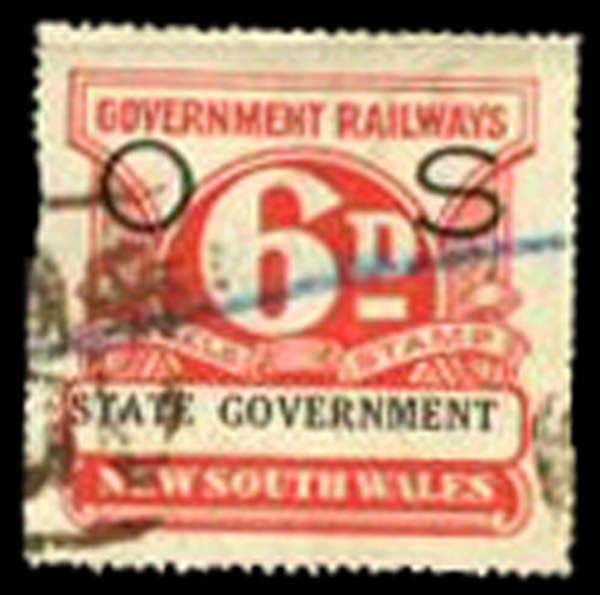 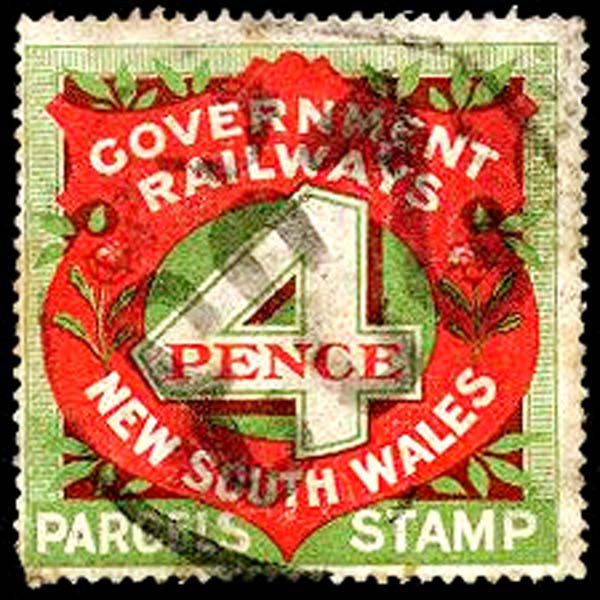 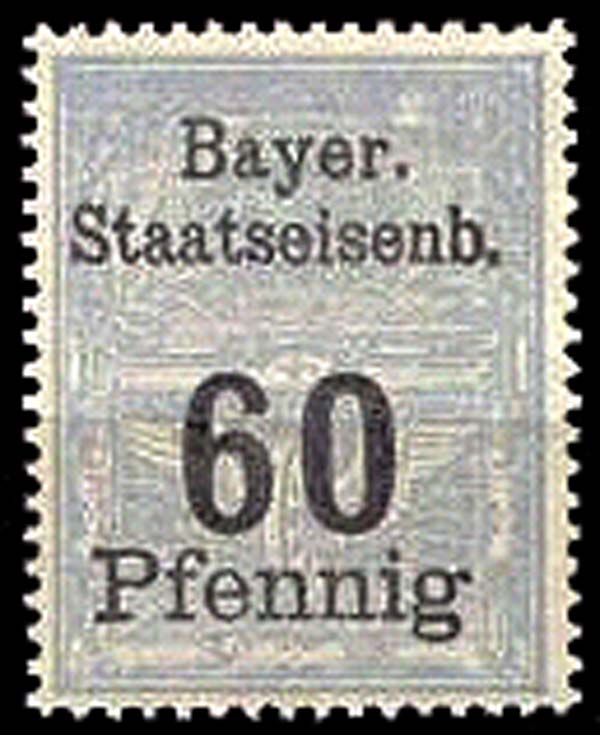 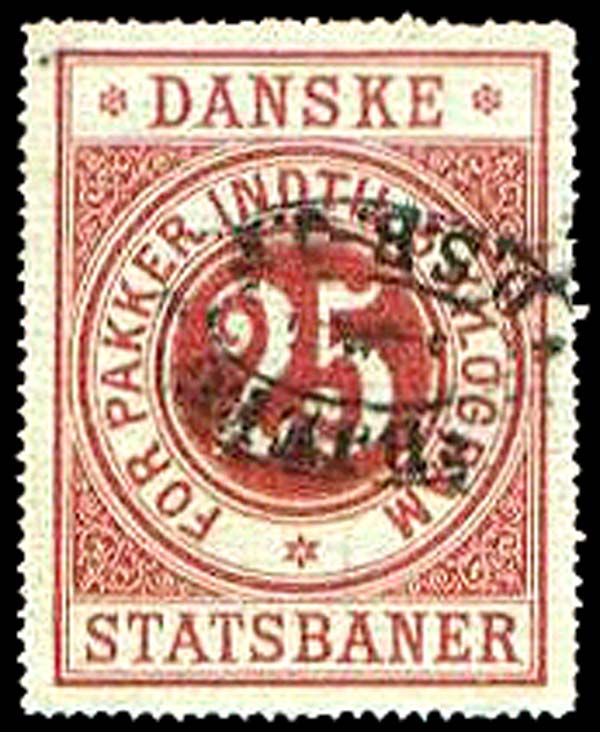 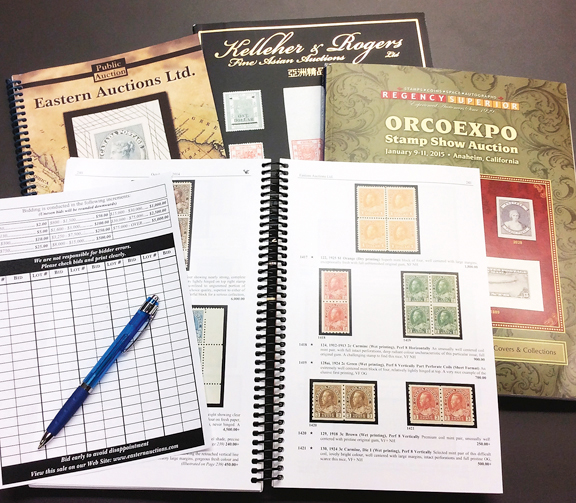 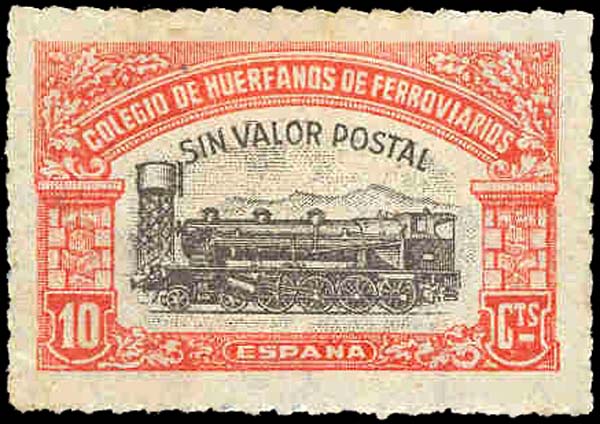 Figure 13. A 10-centavo charity label issued to raise funds for a school for the orphans of railwaymen. Click on image to enlarge. 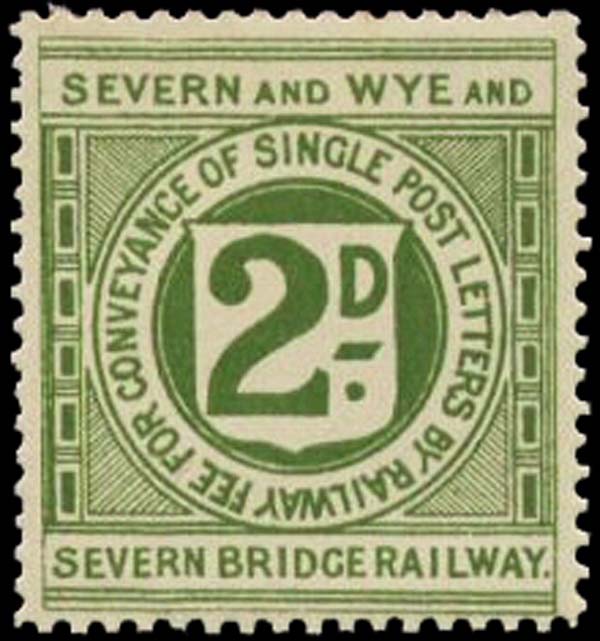 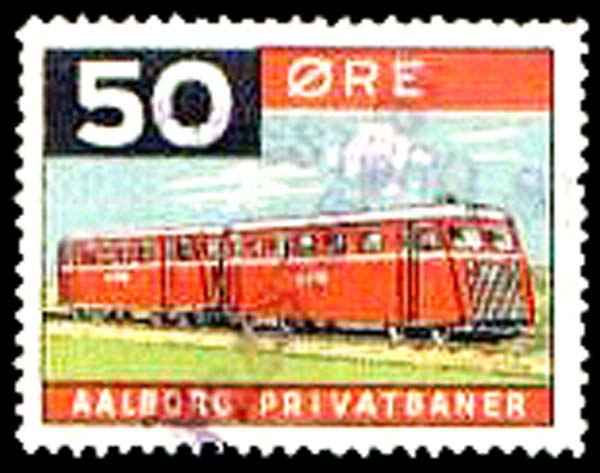 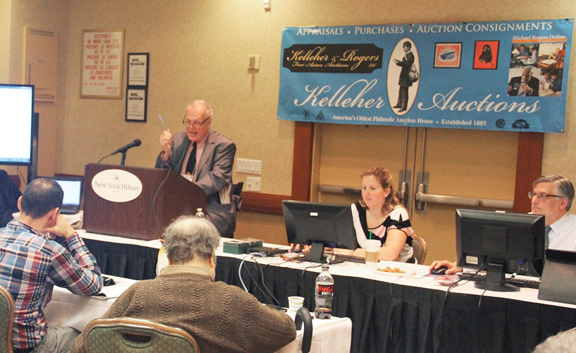 A stamp that is issued by a government authority and is used to indicate prepayment for delivery of letters, newspapers or parcels is a postage stamp, right? Not necessarily. It could be a railway stamp.

Railway stamps are stamps issued by a government to show prepayment for delivery of letters and parcels handled by state railways.

Although railway stamps prepaid the delivery of letters and parcels, they are considered to be a type of cinderella stamp. Even though they are actually closer in function to postage stamps, they sometimes get lumped in with revenue stamps, as in the older editions of the Barefoot revenue stamp catalogs.

Because the railways were owned and operated by the government in many countries, railway stamps often resemble regular postage stamps.

Because of their Scott-listed status, the Belgian stamps are found in most general worldwide postage stamp collections. Most used stamps, however, will bear railway cancellations. Scott notes that catalog values for these stamps with postal cancellations are doubled.

A 5-centime gray Locomotive railway stamp, Ceres No. 9, is shown in Figure 2.

Some catalogs and collectors draw a distinction between railway stamps issued by the government and those issued by railroads that were government-owned companies.

Although railway stamps could be used at some times in some countries to prepay letter delivery, most were issued and used for parcel delivery.

Railway stamps of the Australian states are listed in The Railway (and other Parcel) Stamps of Mainland Australia by W.D. Craig, O.G. Ingles and A.D. Presgrave.

The first Official stamps of Bavaria, Scott O1-5, are another type of railway stamp listed in the Scott catalog.

According to the Scott catalog, Bavarian definitive stamps with an "E" perfin or overprinted "E" were for use by officials of the railway. The "E" stands for "Eisenbahn."

But according to Philatelic Terms Illustrated by James Mackay, published by Stanley Gibbons, the "E" perfins were railway stamps of the same nature as those issued by Belgium and France.

In the world of railway stamps, private railway company stamps are the equivalent of private and local postage stamps.

Railway company stamps are much more numerous than railway stamps, and they have been issued by railway companies throughout the world.

The first railway company stamps were issued in Great Britain in 1846.

The Kahului Railroad Co. was founded in 1879. It operated a line between the deep-water port of Kahului on the island of Maui to various terminals that served the sugar plantations on the island.

The railway company also carried letters and parcels because the Hawaiian post office at the time could not compete with the railroad's quick delivery times.

In addition to the Danish State Railway, a number of private railway companies have operated and continue to operate in Denmark. Many have issued railway company stamps.

Railway letter-fee stamps have been issued in Great Britain, Australia, the Netherlands and other countries.

In Great Britain, the railway letter post was created Feb. 1, 1891, by an agreement between the postmaster general and 75 British railway companies.

The original railway letter fee was 2d. The letter also had to have regular postage stamps affixed at the correct rate for ultimate delivery through the postal system.

Most of the British stamps are uniform in design, green in color and bear the name of the railway. A typical British railway letter-fee stamp, a 2d green Severn and Wye and Severn Bridge Railway stamp, is shown in Figure 11.

Usage of these stamps was phased out in Britain in 1922 when the railways were amalgamated.

Would you believe that there have even been railway airmail stamps? Well, there have.

In 1933, the British postmaster general authorized the Great Western Railway to use a 3d grayish-green railway airmail stamp, shown in Figure 12, for prepayment of this service. The stamp is postmarked Plymouth, May 23, 1933.

In Spain railway charity labels were issued to help fund a school for the orphans of railway workers.

A 10-centavo black and red railroad orphans charity label is shown in Figure 13.

Literature on railway stamps is scattered and not comprehensive. A bibliography of literature on the subject is located online at http://uk.geocities.com/tonygoodbody/c.htm.

Another option is the Danish Freight Stamp and Railway Stamp Club.

The club was founded in October 1997 for collectors of railway stamps, steamship stamps and bus stamps. It boasts a worldwide membership of 90.

The membership fee for members who reside outside Denmark is 260 krone (about $42) per year.