Into the breach: provisional stamps fill the gap 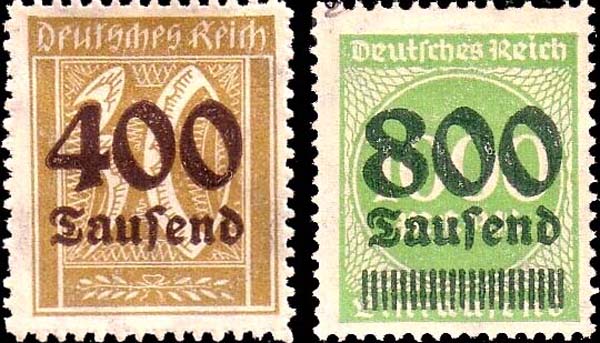 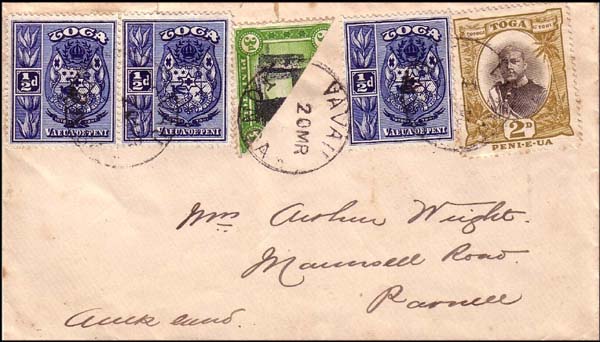 Figure 7. Bisected stamps that use half of face value, such as the 3d Prehistoric Trilithon stamp affixed to this cover from the Tongan island of Vavau, are a type of provisional stamp. Click on image to enlarge. 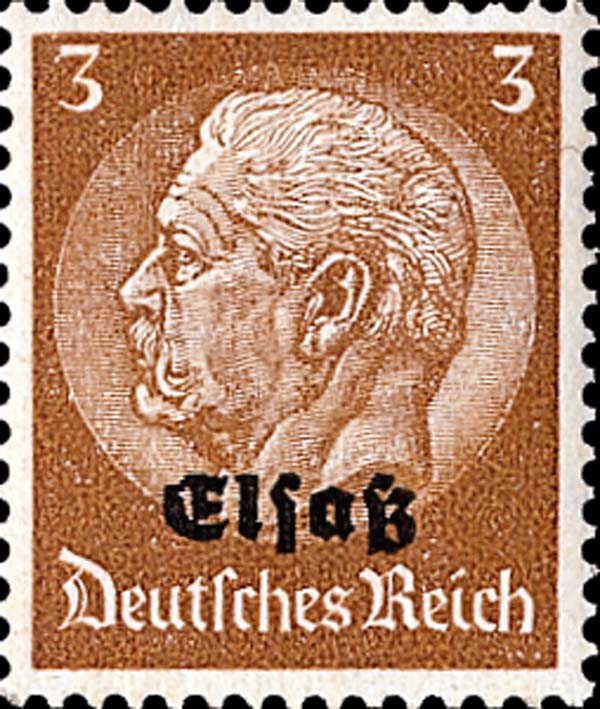 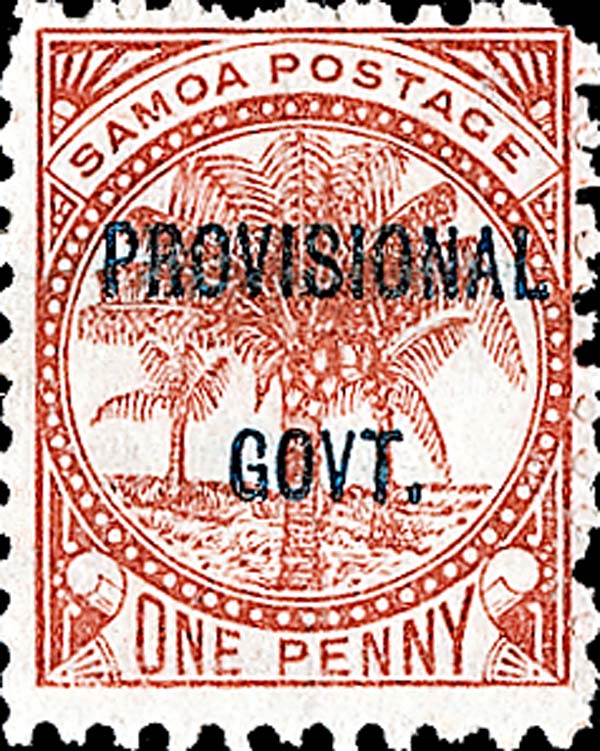 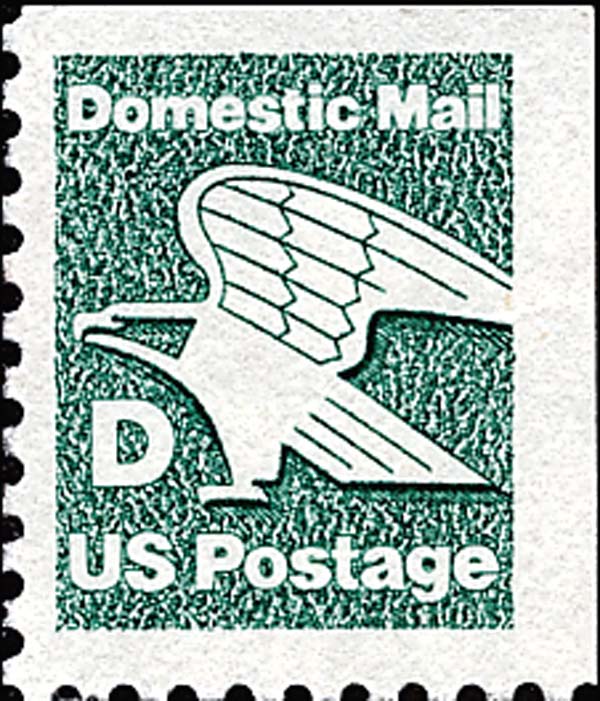 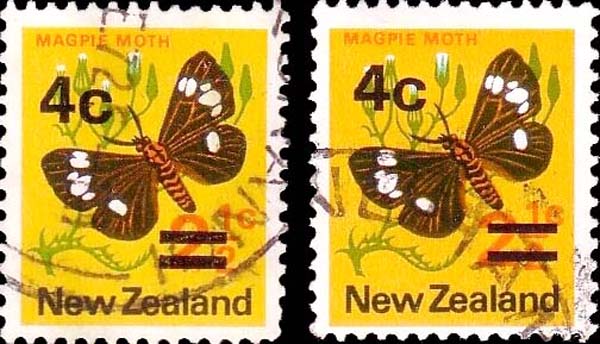 Figure 3. Two different surcharges are on these two 4¢-on-2½¢ Magpie Moth provisional stamps, New Zealand Scott 480 and 480a. Click on image to enlarge. 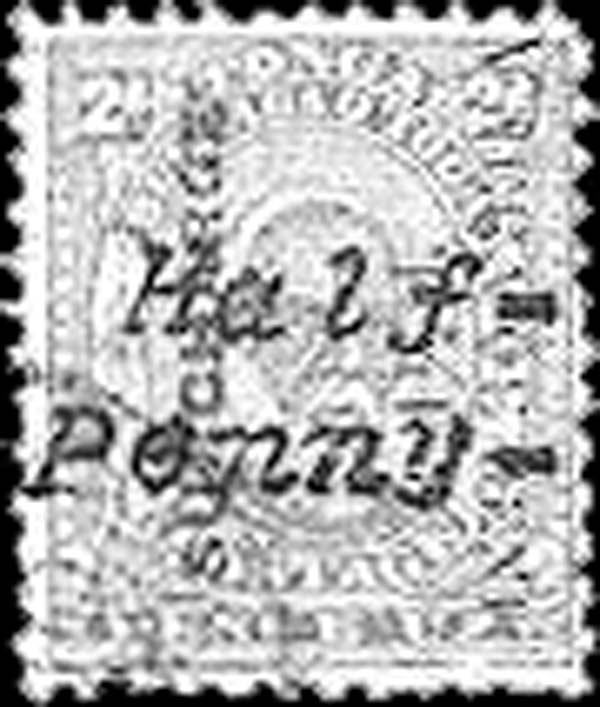 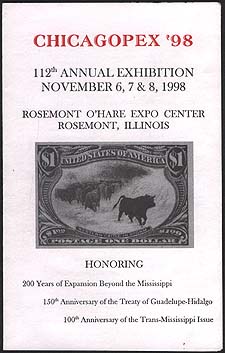 Provisional stamps are stamps that came into being to fill a short-term need or requirement. They can take many different forms.

Probably the most recognizable provisionals are those that have had their face values changed by an application of a new value. This is called a "surcharge."

Surcharging is almost always the result of a postal rate change, which requires that stamps with new denominations be produced quickly.

Existing stamps are overprinted with a new denomination. Usually the old value is obliterated, either by the new value or by bars or other devices. Stamps can be surcharged and placed into use very rapidly. They generally remain in use until new stamps in denominations meeting the new postal rates can be printed and distributed to post offices.

Figure 1 shows just such a surcharged provisional stamp. It is a 2½-pence-on-2d blue-green King George stamp, Scott 18, issued in Tonga in 1893.

During this time period, Tonga was surcharging practically every stamp it issued to keep up with rate changes and stamp shortages. Unfortunately for the postal authorities but fortunately for collectors, those doing the surcharging, in this case the New Zealand Government Printing Office in Wellington, didn't do a very good job of quality control. All sorts of varieties occurred, including double surcharges, missing letters, and added or missing periods.

1896 to surcharge provisional stamps was a pretty high-tech solution to a problem.

The hitch, of course, is that the outcome is only as good as the person stroking the keys. In the case of the Tongan typewriter provisionals, that person was not very accurate.

Both "Half" and "Penny" are known misspelled in a variety of ways.

The dashes after the words are sometimes missing. For some surcharges, periods were used in place of the hyphens. Sometimes the entire typed words are doubled, or maybe just one or two letters are doubled. This makes for a bewildering assortment of collectible varieties, none of which are common or cheap.

Figure 3 illustrates two provisional stamps issued by New Zealand in June 1971. They are a result of the 2½¢ denomination being made redundant by a rate change, which made 4¢ stamps much more in demand.

At first glance, the stamps in the illustration look to be identical 4¢ surcharges on 2½¢ Magpie Moth stamps, but they are not the same.

The thin-barred surcharged stamp, Scott 480a, was done locally in New Zealand.

Because these stamps are very inexpensive, finding the two types is a welcome pursuit for collectors who want the thrill of finding obscure varieties.

In fact, a collector could reap even greater rewards by looking for such varieties because even more elusive varieties can be found on these stamps.

The surcharge is known doubled, with a period after the "4 c" and even as an albino impression.

"Albino" means that the surcharge was applied to the stamp by a printing plate that had no ink. You can see an impression of the surcharge, but it is not printed with ink.

Not all rate-change provisionals are surcharges. The United States frequently has issued provisional stamps without any denomination, or with only a letter indicating that the stamp was good for domestic letter-rate postage.

Such stamps were printed well in advance of any postal rate increase. Because it was not known far enough in advance what rate would be approved, the nondenominated stamps met a need.

But there is a problem. At the time the nondenominated stamps were issued, almost everyone knew what values they represented. Over time, it becomes a little fuzzy what the face value of, for example, the nondenominated "D" (22¢) green Stylized Eagle booklet stamp, U.S. Scott 3113, shown in Figure 4, is.

For the past several years, Linn's has regularly published a listing of U.S. nondenominated stamps with their postage values. The most recent one appeared in the Dec. 22, 2003, Refresher Course. The next time you see such a list, I recommend that you save it for future reference.

Not all provisional stamps represent rate changes. Sometimes it is the government that changes, and the new regime wants to quickly establish itself in all aspects of government activities, including postal matters.

At the time this provisional stamp was issued in 1899, Samoa was trying to extract itself from a political mess. Twenty years earlier, Samoa (then an independent kingdom) signed a treaty with the United States that gave the Americans rights to establish a naval base at Pago Pago, the best deep water harbor in the South Pacific.

Later Germany and Great Britain also sought and were given similar rights. The three powers were, as you might imagine, often in conflict in Samoa.

Great Britain withdrew from Samoa in favor of having rights in Tonga and the Solomon Islands. As a result, the Kingdom of Samoa ceased to be.

It was during this period that the "Provisional Govt." overprints were made by John Davis, who ran the post office in Samoa by appointment of King Malietoaon.

These stamps, the last of the John Davis issues, were in use until German stamps overprinted "Samoa" arrived from Germany.

Those stamps are provisionals too, and they were in service until the Samoan colonial stamps depicting the kaiser's yacht Hohenzollern arrived from Berlin.

War has a way of changing governments quite rapidly, resulting in more provisional stamps.

The "ELSAÃŸ" overprinted 3-pfennig olive-bistre Hindenburg stamp, France Scott N27, shown in Figure 6 is a provisional occupation stamp. The last letter of the overprint is a German letter that is transliterated as "ss" in English.

The stamp was issued in 1940 during the German occupation of Alsace after the fall of France.

Alsace was part of the Holy Roman Empire and was annexed by France in 1697. The people spoke a Low German dialect. In 1871 with the unification of Germany, Alsace became part of the German province of Elsass and Lothringen. In 1919, Alsace was returned to France.

The occupation stamps were in use for only a short period of time in 1940, until Alsace was incorporated into Germany as part of the Baden-Elsass district. From that point on, German stamps were used.

Alsace was returned to France in 1945.

Stamp shortages account for many provisional issues. There are many reasons why shortages can occur. Interruption of supplies, stamp theft, or damage by flood or fire are certainly reasons that have caused stamp shortages. Natural disasters have created shortages as well. Storms, earthquakes, tidal waves and volcanic eruption have all affected post offices somewhere at some time. Sometimes postmasters had to get a little creative to be able to provide stamps for their customers.

Figure 7 shows a cover sent from Vavau, an island in the Tonga group. This cover illustrates an extreme example of a provisional use. One of its higher denomination stamps is cut in half and was used for half its face value.

In March 1900, the post office at Vavau experienced a severe shortage of some of the more frequently used denominations. In the example illustrated, a 3d Prehistoric Trilithon stamp, Scott 43, was cut in half diagonally and used as 1½d to make up the 5d double letter rate to New Zealand.

The bisected stamps were used on what must have been a limited quantity of mail from the island of Vavau in March 1900, making this use rather scarce. Once the post office stocks were resupplied, the bisecting stopped and the provisional issues became a thing of the past.

Periods of rapid inflation cause havoc everywhere, but especially for postal administrations. In Germany during the 1920s, hyperinflation escalated prices of everything to the degree that workers were being paid twice a day and carried their worthless wages in shopping bags and wheelbarrows.

Nearly all stamp-issuing countries have had provisional stamps at one time or another.

These stamps often are not very glamorous, but they serve a useful purpose and can be surprisingly interesting and elusive to collect.