The other empire: collect Portuguese colonies 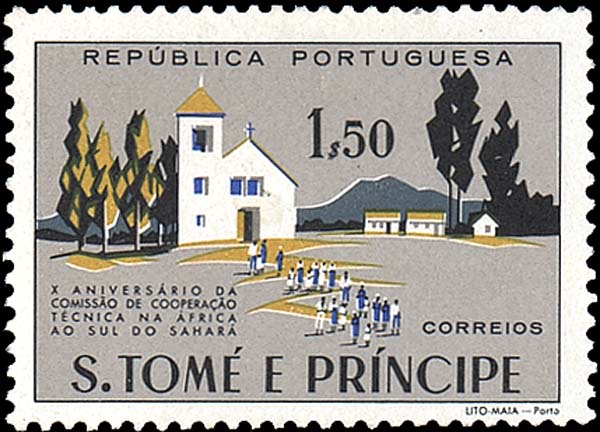 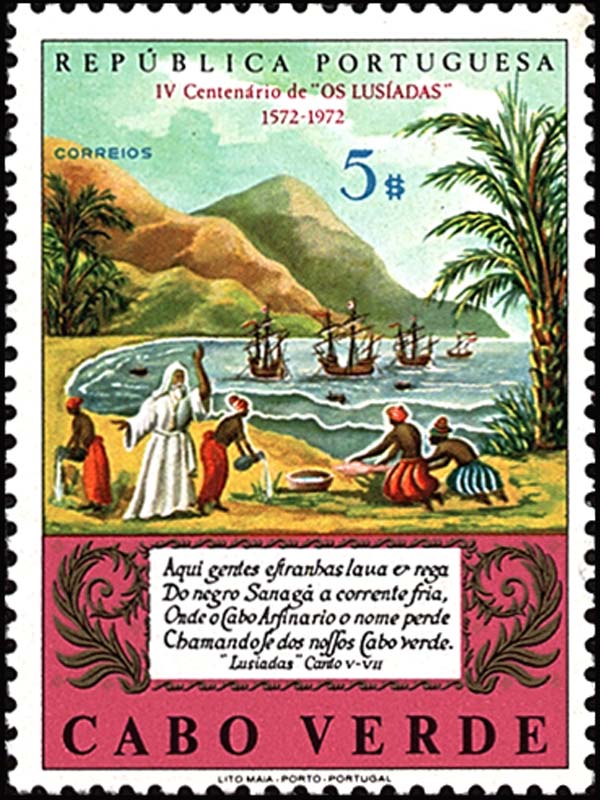 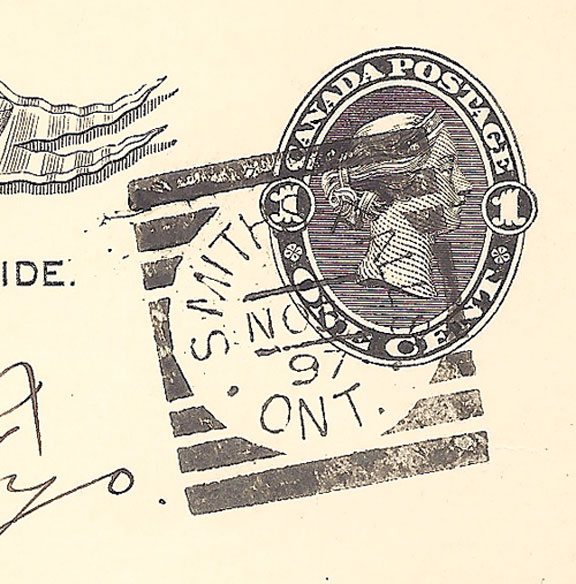 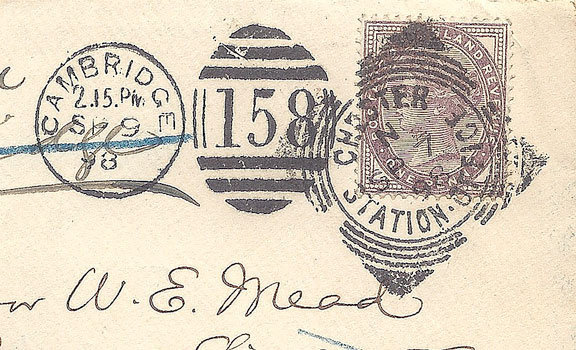 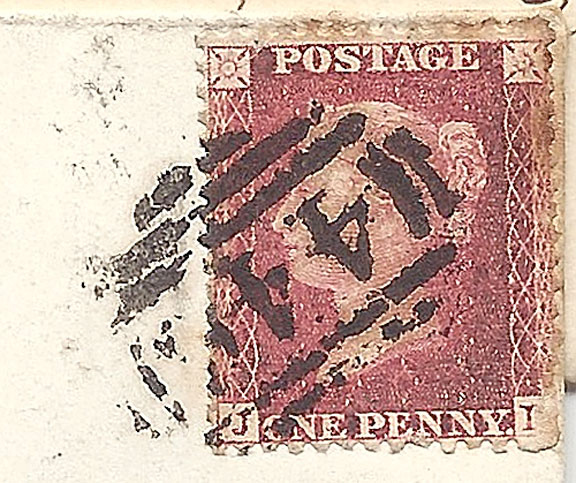 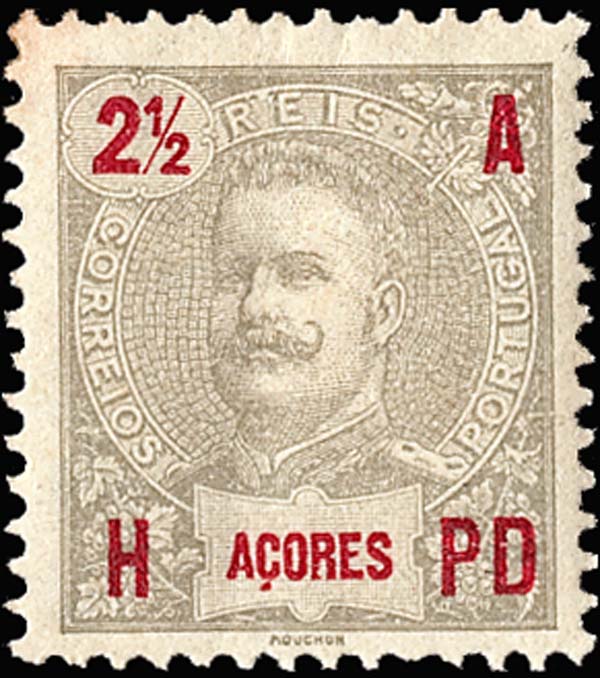 Today the words "colonialism" and "imperialism" are normally used only to disparage. It wasn't always so, and the listings of the stamp catalogs of the world exist to remind us of this fact.

When one thinks of the vast empires of the 16th to 20th centuries, those of Britain, Spain and France spring readily to mind. But there was another imperial power, and its vast holdings spread over the face of the globe and its stamps are scattered through the six volumes of the Scott Standard Postage Stamp Catalogue: the empire of Portugal.

The stamps of Portugal's colonies offer enough collecting opportunities and challenges for several lifetimes. They range from relatively inexpensive and beautiful classic issues to great rarities.

The stamps of Portugal and its colonies often have common designs, varying in the name inscribed and sometimes in the currency in which they are denominated. The common design types are illustrated in the introduction to all volumes of the Scott standard catalog.

The imperial powers of one age are often the colonies of an age more distant, and such is the case of Portugal.

Portugal had its beginnings as the Roman province of Lusitania in the western part of the Iberian Peninsula. The Romans conquered the fierce warriors of Lusitania and bequeathed them the Latin language, which evolved into Portuguese.

The Portuguese were in the forefront of the great wave of European explorations that swept out over the unsuspecting world beginning in the 15th century.

The Portuguese were the first to circumnavigate Africa since the Phoenicians did so 2,000 years earlier. They established trade routes to the East Indies; traded with India, Japan and China; and established colonies in Africa, Asia and South America.

Although frequently overlooked as a Portuguese colony because it gained its independence before the postage-stamp era, Brazil was once the jewel in the crown of the Portuguese Empire. Brazil was claimed for Portugal in 1500 by Pedro Alvares Cabral. In 1808, during the Napoleonic Wars, Portugal was invaded by France, forcing the Portuguese government and royal family to flee to Brazil. After Napoleon was defeated, the royal family returned to Portugal leaving the king's son Dom Pedro as prince regent in Brazil.

In 1822, Dom Pedro I proclaimed the country's independence and established the Empire of Brazil. In 1889, Dom Pedro II, the second and last emperor of Brazil, was deposed and a republic declared.

Loss of Brazil ended Portugal's role as a colonial power in the Americas, leaving it with holdings in Africa and Asia and with islands in the Atlantic Ocean.

The Azores archipelago lies in the Atlantic Ocean about 800 miles west of Portugal. The islands were uninhabited when they were discovered by a Portuguese explorer in 1427. Settlement of the islands began in 1432. In addition to the Portuguese who settled there, Flemings, Italians, French, Jews, English and Scots also came to the islands along with some Moorish prisoners and African slaves.

The Azores ceased to be a colony and became an integral part of Portugal in 1895. It was granted autonomy in 1976.

The first stamps were issued for Azores in 1868. Stamps of Azores were replaced by those of Portugal in 1931. A 2½-reis King Carlos stamp of Azores, Scott 101, is shown in Figure 1.

Madeira is a group of islands in the Atlantic Ocean, 400 miles northwest of Africa.

The uninhabited islands were discovered in 1418 when Portuguese explorers led by Gonsalves Zarco were blown off course. Madeira was thickly forested at discovery. The woods were fired to make room for settlement, and the fires were reported to have burned for seven years. The island is the source of the fortified wine for which it is famous. Madeira wine is unique in that it is heated during the aging process.

Madeira was always considered part of Portugal and technically was never a colony.

Funchal is the capital of Madeira and the name of an administrative district of the island. From 1892 to 1905, separate stamps were issued for Funchal.

Macau, comprising a peninsula and two small islands off the coast of China at the mouth of the Canton River, can be thought of as the Portuguese version of British Hong Kong.

A Portuguese colony since 1557, Macau was a major Portuguese trading center in Asia until the 19th century, when gambling and smuggling became the main enterprises.

Macau reverted to China Dec. 20, 1999. Since that time, it has been a special administrative region of China. China continues to issue separate stamps for Macau.

Portuguese India comprised Goa, Damao and Diu, three noncontiguous areas on the west coast of the Indian subcontinent with a total area of 1,537 square miles. The Portuguese seized or acquired these areas from local lords in the 16th century. The first stamps of Portuguese India were issued in 1871.

In the 16th century, St. Francis Xavier used the colony as a base for missionary activities that reached as far as Japan. He died returning from a missionary journey in 1552.

He is buried at Goa. A 2½-tanga light red Tomb of St. Francis Xavier stamp, Portuguese India Scott 419, is shown in Figure 4.

On Dec. 18 1961, India used military force to annex Portuguese India. Portugal continued to issue stamps for Portuguese India through April 1962, although these stamps were never used for postage there. Portugal recognized India's annexation in 1975.

The Portuguese established trading posts on the eastern half of Timor Island in the Malay Archipelago in 1509. The Portuguese converted the population to Christianity and ruled the colony through local chiefs. The western part of the island became part of the Dutch East Indies.

The first stamps for Timor were issued in 1885. A 1-avo red Fleet Arriving at Calicut stamp, Timor Scott 46, from the set honoring the 400th anniversary of Vasco de Gama's discovery of the route to India, is shown in Figure 5.

On May 20, 2002, Timor was finally freed from the Indonesian yoke and became independent.

Portugal was a major colonial power in Africa. Although all of the colonies and many of the colonial districts had their own stamps, between 1898 and 1945 Portugal also issued Portuguese Africa stamps: one set of commemorative stamps, a set of postage due stamps and a set of war tax stamps.

The stamps were valid in all Portuguese African colonies.

In 1483, Portuguese explorer Diogo Cao was the first European to set foot in Angola, on the southwest coast of Africa. In 1490, a Portuguese fleet arrived and established the colony of Angola with the capital at Luanda.

The first stamps were issued for Angola in 1870. Stamps were also issued for Portuguese Congo, an exclave of Angola located on the coast between French Congo and Belgian Congo. Angola remained a Portuguese colony until Nov. 11, 1975, when the Republic of Angola declared its independence.

Cape Verde is a group of 10 islands and five islets about 500 miles off the west coast of Africa.

The uninhabited islands were discovered by the Portuguese in the 16th century and quickly became a major slave trading center and supply stop. Cape Verdeans are of mixed African and Portuguese descent.

The first stamps were issued for Cape Verde in 1877. A 5-escudo Galleons on the Sanaga River stamp, Scott 360, is shown in Figure 7. Cape Verde became an independent republic July 5, 1975.

St. Thomas and Prince (Sao Tome and Principe) are two islands located 125 miles off the west coast of Africa in the Gulf of Guinea. The Portuguese discovered and claimed the islands late in the 15th century.

In 1975, the islands gained independence to become the smallest country in Africa.

Portuguese Guinea is on the west coast of Africa between Senegal and Guinea. It was originally an administrative dependency of Cape Verde.

Portuguese Guinea's first stamps were issued in 1881. In 1974, the colony became the independent republic of Guinea-Bissau, today one of the world's 10 poorest countries.

Mozambique, sometimes known as Portuguese East Africa, was the major source of the slaves that the Portuguese exported to Brazil and elsewhere. The Portuguese began to establish slaving and trading stations in Mozambique in the late 15th century.

Mozambique was divided into the districts of Inhambane, Kionga, Lorenco Marques, Manica and Sofala, Nyassa, Quelimane, Tete and Zambezia.

Stamps were issued for all of the districts. Manica and Sofala was administered by the chartered Mozambique Company, and its stamps are inscribed with the name of the company.

The district stamps were replaced by stamps of Mozambique. A 1.20-escudo carmine Airplane stamp, Scott C11, is shown in Figure 9. Mozambique became an independent republic June 25, 1975.

Collectors interested in Portugal and its colonies will want to join the International Society for Portuguese Philately. Annual membership is $20, which includes a subscription to Portu-Info, the society's journal.