Add stamps to your collection through trading 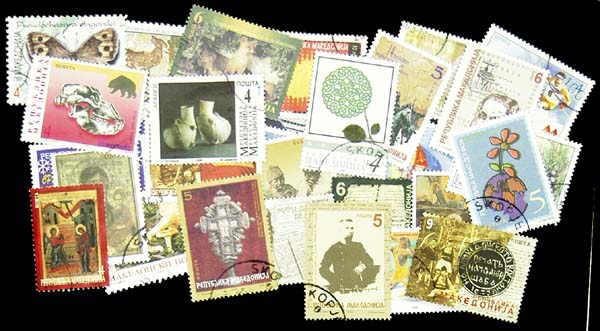 Figure 2. A packet of older postally used Polish stamps that the author recently received from a trading partner in Poland. Click on image to enlarge.

Once you embark upon the path of being a stamp collector, there are many ways to build your stamp collection.

You can buy mint stamps at the post office or directly from the postal authority that produces them. You can buy new issues from a new issue service.

All those methods require money to leave your hands or pockets in return for stamps to enter your collection.

But there is another way to acquire stamps without using money as a medium of exchange. You can trade stamps with other stamp collectors.

If, like me, you enjoy processing kiloware, you probably have plenty of good trading material on hand.

One way to trade stamps is face to face. Probably the best way to get your foot in the door in face-to-face trading is to join your local stamp club.

All major metropolitan areas and many smaller cities and larger towns have at least one local stamp club. To find a stamp club in your area, look at the listing of local clubs by state under the Reference tab at Linn's free web site located at www.linns.com.

Once you locate and join a local club, canvass the membership to see if anyone has stamps that you need and is willing to trade with you.

There are a number of ways to trade stamps that do not involve face-to-face transactions.

Some specialist societies operate exchange or swap circuits where you can trade your duplicate stamps for stamps that you need.

All specialist societies that are affiliates of the American Philatelic Society are listed on the APS web site at www.stamps.org.

Other specialist societies that are not APS affiliates can usually be found through an Internet search for the topic using the Google search engine.

There is one society that could more correctly be called a generalist society, whose primary function is to enable stamp collectors to trade stamps with each other.

The society operates a number of trading circuits for stamps. The circuits are classified by the size and type of stamps offered for trade as large, small/definitive, CTO (canceled to order), super and USA (only stamps of the United States).

At the beginning of the year, each member pays a small fee and donates a number of stamps for each circuit that he desires to be part of. He is then placed on a circuit with four other collectors.

The circuit manager mails a circuit containing about 150 stamps to the first person on the circuit. Circuits are kept small, so that they can be mailed at the basic letter rate. The first person takes as many of the stamps as he wants, replacing them with an equal number of his own all-different duplicates.

There is a space provided on the circuit form, where members can note their collecting interests or even request that other members look for specific stamps for them.

Stamps can be mint or postally used, except in the CTO circuit, where all of the stamps are canceled to order.

After making his trades, the collector mails the circuit on to the next collector listed on the swap-circuit routing sheet.

Collectors have the option of requesting circuits that include members who live overseas. While more postage is required to mail a circuit to a foreign member, collectors in other countries often include stamps in the swap circuit that wouldn't be found in an all-United States circuit. They also often affix nice stamps on the covers used to mail the circuit to the next member.

After the fifth member has received the circuit and traded for the stamps that he wants, he mails the circuit back to the circuit manager along with a mint stamp for postage to begin the next circuit mailing.

A swap circuit and routing form from the International Society of Worldwide Stamp Collectors for small/definitive stamps is shown in Figure 1.

Annual membership in the society is $12 plus a donation of 250 large commemorative stamps for the society's youth program.

Another way to trade stamps by mail is with individual collectors.

If you turn to the Trading Posthorn section of Linn's classified advertisements, you will find a number of collectors advertising there for trading partners.

Most of the traders listed in the section are from the United States, but you will also find some located in foreign countries such as Poland, Latvia and New Zealand.

If you don't find someone listed there offering to trade what you want, you can take out your own classified ad, and see who responds to it.

I presently have trading partners located in Ukraine, Lithuania, Poland and Macedonia, most of whom I met through Linn's classified ads.

A packet of older postally used Polish stamps that I recently received in trade is shown in Figure 2.

Some postally used Macedonian stamps that I received in trade are shown in Figure 3.

One of the advantages of finding trading partners in foreign countries that you collect, is that the covers that they send their stamps to you in are also collectible. Because they are collectors themselves, they often frank their covers with recent commemoratives or souvenir sheets.

If you are not a cover collector, you can always soak the stamps off the covers for your stamp collection.

A cover from my Ukrainian trading partner in Mariupol, Ukraine, is shown in Figure 4. It is franked with a Ukrainian Moths souvenir sheet issued March 26.

You probably won't get a Great Britian four-margin Penny Black stamp or a set of mint United States Graf Zeppelin airmail stamps through trading — unless you are offering similar material yourself in trade.

But trading is a good way to acquire a lot of different stamps without much expenditure.

Thanks to Linn's reader Steve Stafford of Texas for suggesting the subject of this Refresher Course.