A look at the other side: collecting postcards

Figure 4. The picture side of a postcard showing Auckland, New Zealand. The card is franked with a private delivery company stamp tied to the cover by a Singapore Post cancel. Click on image to enlarge. 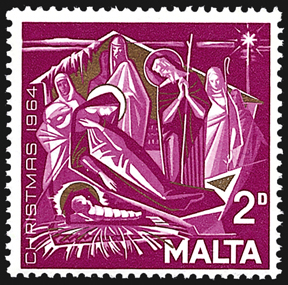 Figure 3. The photo side of a chrome picture postcard showing the dining area of a restaurant in Biloxi, Miss. The postcard was mailed March 24, 1963, from Biloxi to Tipp City, Ohio. Click on image to enlarge. 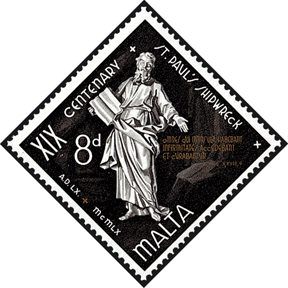 Figure 2. Both sides of a linen postcard mailed Aug. 14, 1946, from Springdale, Ark. The spicy artwork on the picture side of the card was quite popular in the 1930-45 period. Click on image to enlarge. 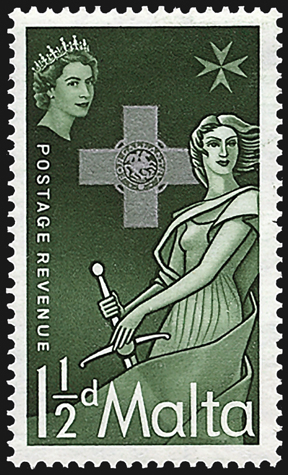 Figure 1. This real-photo postcard (RPPC) bears a photograph showing a 1920 street scene of Waurika, Okla. Although the postcard is from the "White Border Period" (1915-30), it lacks a white border around the photograph. Click on image to enlarge.
Previous
Next

This Refresher Course continues the discussion of postcard collecting begun in the Oct. 11 Linn's.

The 1906 Rome Congress of the Universal Postal Union authorized divided-back postcards for international mail effective Oct. 1, 1907, although some countries had accepted them on a bilateral basis as early as 1904.

An interesting postal history study could be made of the countries assessing postage due on divided-back postcards from other countries and for what period.

American postcard collectors (called deltiologists) refer to the years 1915-30 as the "White Border Period." It was during this period that most postcards came to be produced with a picture side with a white border around the edges of the card.

Although many later postcards produced after 1930 have white borders, this was the period when white borders were introduced and became fashionable.

Because the pictures on white-border postcards were reproduced from photographs, the border made the postcard more closely resemble an ordinary photograph.

Postcards from the "White Border Period" that show art, drawings or cartoons usually do not have white borders.

Postcard collectors call postcards that have real photographs on the picture side "real-photo postcards" (abbreviated RPPC).

RPPCs were produced during all periods since their introduction in 1901.

One way to consider such postcards is as actual photographs that happen to have postcards printed on the backs of the photographs.

Many older postcards are based on photographs, but the picture was usually reproduced by lithography or offset lithography rather than as a real photograph.

Lithographed postcards can easily be distinguished from RPPCs by looking at them under a magnifying glass.

A lithographed picture is screened, meaning it is made up of thousands of small dots, while a real photograph has a continuous gradation with no dots visible under the magnifier.

The picture side of a

RPPC is shown in Figure 1. The message on the stamp-side of the 1920 Waurika, Okla., postcard says that the photo shows "A mob of Waurika folks in front of Allen's store on picnic day."

Note that, although the postcard is from the "White Border Period," it lacks a white border.

Postcard collectors call 1930-45 the "Linen Period," but they do not all agree over how the linen effect was produced.

Whichever explanation is correct, linen postcards can readily be detected by lightly rubbing a finger tip across the picture side of the card. The hatchwork is also clearly visible under magnification.

Linen postcards were inexpensive to produce, and their textured surfaces allowed for the use of brighter dyes for image coloring. They were very popular with restaurants, hotels and souvenir stands as a form of cheap advertising.

Other types of postcards continued to be produced during the "Linen Period," but the vast majority produced and used during the period were linen postcards.

Both sides of a linen postcard are shown in Figure 2. The postcard was mailed from Springdale, Ark., to Waurika, Okla., on Aug. 14, 1946, technically after the end of the "Linen Period." The card is franked with a 1¢ green George Washington definitive stamp (United States Scott 804) from the Presidential series.

Note that the card is addressed to "Mr. and Mrs. J.H. Lively, West of City Hall." Try getting a postcard delivered today with that kind of address.

The picture side of the card shows a man enjoying the lakeside scenery. Spicy or racy postcards were quite popular during the era. They are charmingly innocent when compared to much of what is offered on television and at the movies today.

The "Chrome Period" is generally the years 1945-70. A new type of color photochrome postcard (called "chrome" for short) was introduced circa 1940. Postcards from the "Chrome Period" have glossy color pictures.

The Union Oil Co. started selling chrome postcards in its service stations in the western states in the early 1940s, and the cards quickly came to dominate the market.

Chrome postcards were relatively cheap and easy to produce, and they boasted high quality pictures in brilliant color.

By the end of World War II, black-and-white photo postcards and linen cards had virtually disappeared from the postcard racks across the nation, and the companies that had produced them either converted to chrome postcards or went out of business.

The photo side of a chrome picture postcard is shown in Figure 3. The picture shows the dining area in Gus Stevens Sea Food Restaurant and Buccaneer Supper Club in Biloxi, Miss. The postcard was mailed March 24, 1963, from Biloxi to Tipp City, Ohio.

Although there were many exceptions, up until about 1970, most American postcards were about 3½ inches tall by 5½ inches wide. Postcard collectors call 1970 to the present the "Continental Period." During this period continental-size postcards (4 inches tall by 6 inches wide) came to dominate.

Postcards with wavy, scalloped, dentate or reticulated edges were introduced in the 1950s. This could be another instance of postcard style mimicking photography style, because some photographs of the same period were also printed on stock with wavy or scalloped edges.

Postcards also have been sold in booklets, usually as souvenirs showing a variety of scenes from the local area.

This Refresher Course and the previous one in the Oct. 11 Linn's offer an introduction to postcard collecting. Remember that there are always numerous exceptions, as demonstrated by several of the postcards illustrated with the articles, and that these classifications apply to American postcards or postcards produced for the American market.

Many postcards can fit the description of one period, but their date of production or date use actually falls before or after that period.

For a bit of international flavor, Figure 4 shows both sides of a picture postcard from New Zealand.

The picture side shows a chrome color photo of Auckland. At approximately 4¾ inches by 7 inches, the postcard is larger than a continental card.

This postcard is of interest to the postal historian because it was delivered through Universal Mail Ltd., one of New Zealand's private mail delivery companies, rather than through New Zealand Post.

The $1.50 Kauri Museum Universal Mail postage stamp is tied to the postcard by an Aug. 17, 2004, Singapore "Postage Paid" machine cancel. Universal Mail has an agreement with Singapore Post for delivery of international mail.