Not everyone on a postage stamp is a hero 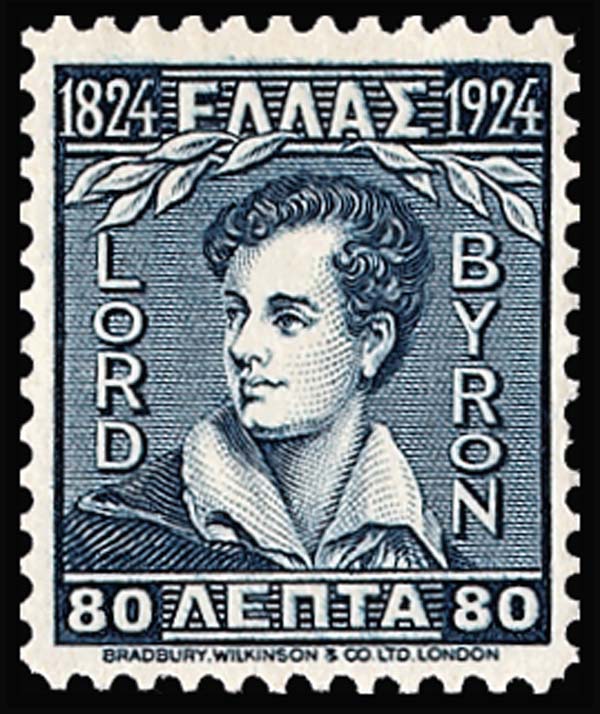 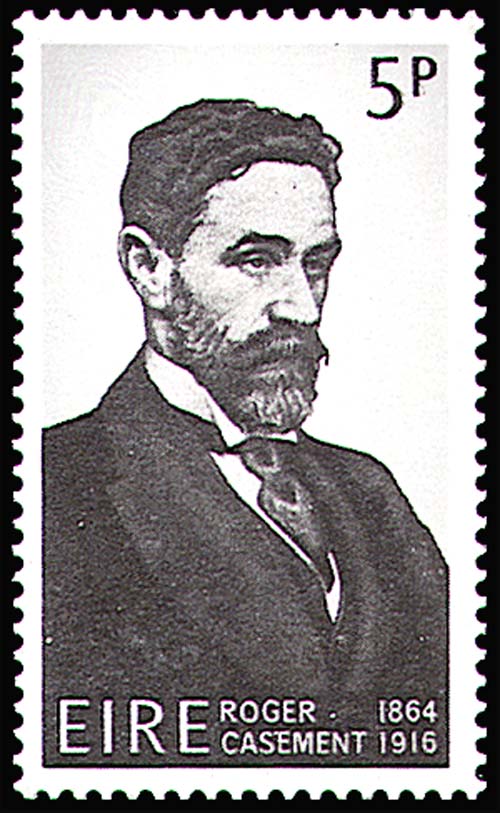 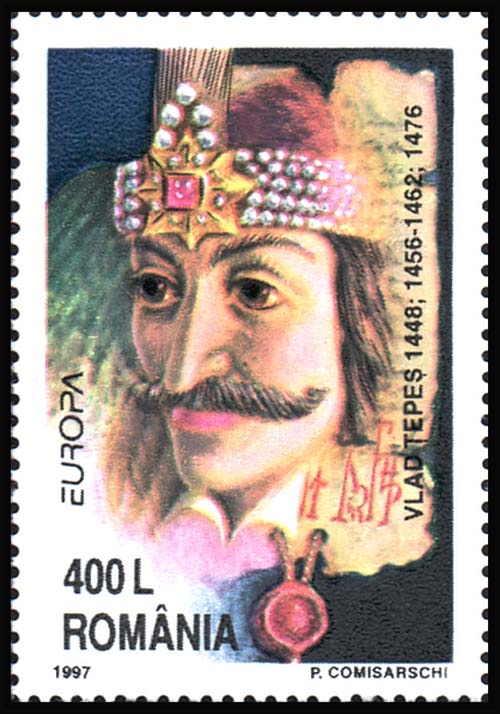 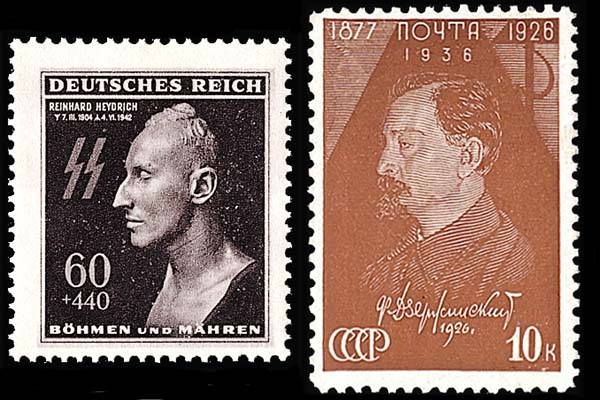 One of the reasons I am a stamp collector is that people fascinate me.

People and the stories behind them have been a part of postage stamps and stamp collecting since the very beginning. The subject of the world's first adhesive postage stamp, the Penny Black, is a person, and a very interesting one at that: Queen Victoria.

The people who are honored on postage stamps tend to fall into two categories: the very good and the very bad. The reasons that good people are commemorated on stamps are fairly obvious. The bad ones might take a bit of explaining.

The greatest human monsters of the 20th century found their way onto the postage stamps of a number of countries. Adolf Hitler was responsible for the deaths of at least

8 million people in concentration camps and for untold millions of war deaths during World War II.

The estimates of the number of Chinese killed by Mao Zedong through execution and induced famine range from 20 million to 40 million.

Joseph Stalin is estimated to have killed more than 20 million people, including about 14 million by induced artificial famine.

Hitler, Mao and Stalin are pictured on the stamps of Germany, East Germany and Albania shown in Figure 1.

Given the role of the cult of personality in the rule of a megalomaniac, dictators are usually prominently featured on the stamps of the countries that they control.

Sometimes a dictator allows a favorite henchman to appear on a postage stamp.

Nazi Reinhard Heydrich chaired the 1942 Wansee Conference that laid out the Final Solution to the Jewish question: the Holocaust. Heydrich's death mask is pictured on the Czechoslovakia-Bohemia and Moravia 60-haleru+4.40-koruna semipostal stamp (Scott B20) shown in Figure 2.

Feliks Dzerzhinski founded the Cheka, the Soviet secret police, which would evolve into the KGB. He was the father of its system of midnight arrests, secret interrogations, prison camps and summary executions. Dzerzhinski is pictured on three East German stamps, four Polish stamps and nine Soviet stamps. A Russian 10-kopek Feliks Dzerzhinski stamp (Scott 606) is shown in Figure 2.

A dictator or his henchmen making an appearance on the stamps of his own country or those of a satellite country is hardly unusual, but there are surprisingly quite a few other questionable characters on postage stamps.

Mention the phrase "bad popes" and the first name that usually pops into anyone's head is "Borgia."

Most authorities consider Alexander VI to be the worst pope of all time. He was elected through bribery, and his pontificate was marked by nepotism, greed, rapaciousness, murder and openly gratified lust.

After donning the cardinal's red biretta, he sired at least seven children by four different mistresses. He and his children were notorious poisoners. Some authorities think that he died from the effects of poisoning after an intended victim switched cups with him.

"Listen to them. Children of the night. What music they make." Stamp collector and American Philatelic Society member Bela Lugosi spoke those words in the 1931 film version of Bram Stoker's 1897 novel Dracula.

The novel and the movie are fiction, but they were inspired by the grisly memory of a man who lived and spread terror more than 500 years ago.

Vlad III Tepes was a 15th century prince of Wallachia (in present day Romania). The title "Tepes" means "the Impaler," and he didn't earn that sobriquet for his culinary skills with shish kebab skewers. He was also called "Draculea" (the source of the common name for him — Dracula). Draculea is Romanian for "son of the dragon." His father was Vlad II Dracul (the Dragon).

During his reign, Vlad III impaled an estimated 100,000 people. Some of his victims were Ottoman Turks who were trying to conquer his country. But Vlad also impaled tens-of-thousands of Wallachian boyars (nobles), merchants and political rivals, including women and children.

Being impaled is one of the slowest and most excruciatingly painful ways to die. Vlad liked to arrange the stakes on which his victims slowly died in geometric patterns, such as concentric circles. He also liked to dine in the midst of the forest of stakes to the music of his victims' screams. Unlike his fictional counterpart, Vlad did not actually drink the blood of his victims, although bloodthirsty is certainly an accurate description of him.

Sir Roger Casement was a protestant Ulsterman and a retired British foreign service officer who was knighted for his services. He was also an enthusiastic Irish nationalist eager to win independence for Ireland from Great Britain.

After the outbreak of World War I, Casement conspired with the German military for an invasion and uprising in Ireland. He tried to raise a brigade of Irish nationalist volunteers from among British prisoners of war, but he met with little success.

In 1916, he was smuggled back into Ireland aboard a German U-boat, but he was captured, tried for treason and hanged in London.

Casement was not only an ardent nationalist but also an ardent pederast who kept detailed diaries of his sexual escapades with young boys.

At least for the Irish, Casement's nationalism outweighed his sexual deviance. He is pictured on the Irish 5-penny black commemorative stamp (Scott 214) shown in Figure 5.

Scottish poet and Hellenophile George Gordon (Lord Byron), pictured on the 80-lepton dark blue Greek stamp (Scott 316) shown in Figure 6, has been the subject of at least three Greek stamps.

Byron was a Scottish nobleman. His mother was from a famously violent Scottish family, the Gordons. His father, John "Mad Jack" Byron, was the profligate younger son of an eccentric nobleman who was known universally as "the Wicked Lord."

Byron was perhaps as famous for his lecherous lifestyle as for his poetry. Bowled over by his romantic image, admirers of both sexes threw themselves at him. He once bragged that he had 200 different women in as many nights. He was only slightly more discrete in his liaisons with men, and he had a marked weakness for Mediterranean teenage boys.

Among his more notorious affairs were those conducted with Lady Caroline Lamb and with his own half-sister Augusta, with whom he had a daughter, Elizabeth Medora. He also fathered an illegitimate daughter with Claire Clairmont, the half-sister of Mary Shelley, author of Frankenstein.

Byron earned his place on Greek postage stamps through his support of Greek independence. He dedicated himself and his finances to the war against the Ottoman Turks and led the Greek revolt until his death from fever in 1824.

Some of the people who have appeared on postage stamps are merely great frauds, not great criminals or lunatics. Margaret Mead (1901-78) is one of the most famous anthropologists in the world. Most of her reputation is based on her 1928 best sellerComing of Age in Samoa.

Mead was a graduate student at Columbia University under Franz Boas, the founder of cultural relativism. He believed that many of the social problems of western civilization were the direct result of its moral values, in particular, of its sexual mores.

In 1925, Mead traveled to Samoa for a comparative study of Samoan culture. After returning to the United States, she published her book describing an idyllic island society with no social problems and marked by guilt-free casual sex that began in early adolescence and knew no bounds of gender, marriage or condition.

Subsequent studies of Samoan culture found virtually no relation between what Mead described and what really existed. But it would be hard to overestimate the effect that her book had on American society and sexual mores, and Coming of Age in Samoa is still required reading in many college anthropology courses.

There is a fairly extensive amount of literature on the subject of people on stamps.

Postal Saints and Sinners by Kent B. Stiles offers capsule biographies of people who have appeared on worldwide stamps.

Paul G. Partington's two-volume Who's Who on the Postage Stamps of Eastern Europe provides background information on many stamp subjects who are unfamiliar to most Americans.

In the 1940s, the Pan American Union published a 12-part series of who's who on the stamps of various nations in the Western Hemisphere.

Providing a capsule biography of everyone who has ever appeared on a postage stamp anywhere in the world is a truly Sisyphean task, but two who are not afraid to try are Paul G. Partington and Udo Skladny. Visit theirBiographies on Postage Stamps web site at http://philately.com/philately/biographies.htm.