You can learn quite a lot from a ministudy 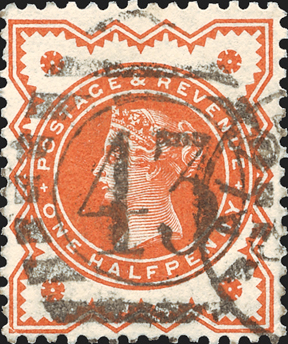 Figure 4. A ministudy page for the Canadian 6¢ orange and 6¢ black Queen Elizabeth II and Transportation stamps. Click on image to enlarge. 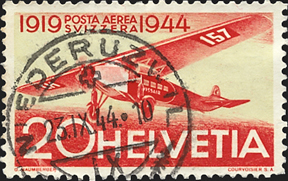 Figure 2. A ministudy page for the Tasmanian 1d carmine Mount Wellington stamp, showing stamps printed by different methods, and with watermark and perforation varieties. Click on image to enlarge. 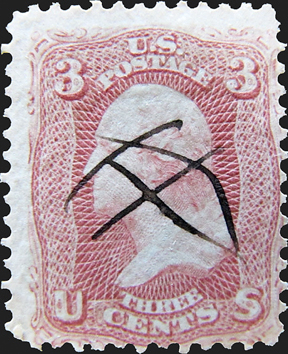 I like to form small specialized collections for ministudies. I learn a lot from them.

Sometimes I will select one stamp from a long series and try to collect as many different examples as I can. Then when I have amassed a few dozen, I set about checking them for different paper types, watermarks, shades, re-entries, perforation varieties, phosphor types and other variations.

Having multiple examples of a stamp makes understanding the issue a lot easier. You can compare each one against the others and look for small differences.

This exercise can be a great learning experience for the inquisitive. There are a number of questions to be answered. What's on the stamp? Who designed and printed it? How was it printed? What rate did it pay? What was happening in the country at the time the stamp was issued?

Maybe you won't be able to answer all of these questions, but you will learn a lot just by trying.

Take for example the series of Landscapes definitives issued by Tasmania beginning in 1899. I have always admired these pictorial stamps for their beautiful designs, but a cursory glance at a variety of different catalogs told me that a ministudy of these stamps would be a good bit more complicated than I had expected.

There are eight stamps with different denominations and designs in the 1899 series. They were engraved and recess printed by Thomas De La Rue and Sons.

In 1902, stamps with the same designs and denominations were printed in similar colors by stone lithography by the Victoria Government Printing Office in Melbourne.

Later that year, some stamps with the same denominations and designs were printed in similar colors by typography, also by the Victoria Government Printing Office.

My head swam as I read about this issue. There are loads of perforation varieties, shades, different watermarks and retouches. This was becoming more daunting. It looked like a good project to work on for the next 30 years, and it wasn't going to be an inexpensive endeavor.

The more I looked at the various catalogs, the more I noticed that some of the stamps in the series were quite affordable. In fact, they were downright cheap, and I already had several dozen 1-penny carmine Mount Wellington stamps from the series tucked away in a stock book. One of the Tasmanian 1d carmine Mount Wellington stamps is shown in Figure 1.

So I began studying the stamps I had, first separating them by the methods of printing.

The stamps printed by recess engraving are always the easiest to pick out. These are stamps that are printed from plates that have the design below the surface of the metal. The printed stamp is finely detailed, and the ink is slightly raised above the surface of the paper.

Differentiating stamps printed by stone lithography or offset lithography from those printed by typography (or letterpress) is slightly more difficult. In a nutshell, typography is the reverse of recess printing. The design of the stamp is raised above the surface of the printing plate, much like the keys of an old-fashioned typewriter.

Lithography is quite different. The stamp design is transferred to a stone or metal plate using a substance that repels the application of an acidic fluid, which lightly etches the plate where it is not protected by the substance.

In printing and re-inking, the nonetched area attracts the greasy ink while the etched area is treated to repel it.

For a more detailed explanation of printing methods, I strongly recommend reading the introductory pages of any volume of Scott Standard Postage Stamp Catalogue.

So what about this very complex Tasmanian stamp issue?

For my search, I clicked "Card Catalogue" and entered "Tasmania" in the subject box. Twenty-six entries came up, the most useful of which were The Australasian Stamp Catalogue, which I have in my own library, and The Pictorial Stamps of Tasmania 1899-1912 by Keith E. Lancaster.

A quick e-mail or phone call to the APRL would have either or both of these volumes heading my way in a very short time. I can use them for up to three weeks before returning them to the APRL.

For more information on the APRL or the APS, write to either at 100 Match Factory Place, Bellefonte, PA 16823 or visit the web site at www.stamps.org.

For my ministudy of Tasmania, I used several reference works that I had on my own shelves, including the Stanley Gibbons British Commonwealth Catalogue, the ScottClassic Specialized Catalogue of Stamps and Covers 1840-1940, and The Encyclopedia of British Empire Postage Stamps, Vol. IV, Empire in Australia, by Robson Lowe.

As I read, I tried to work out what I was learning using the 1d carmine Mount Wellington stamps I had already accumulated. I began my ministudy by concentrating on that stamp.

The first is a crown with a "V" over the top of it. The second is a crown with an "A" below it. Typographed and lithographed stamps can both be found with both kinds of watermarks, so that was no help in differentiating them.

The greatest help came from a chart in the Stanley Gibbons catalog. According to the chart, the 1d lithographed stamp has shading on the scene's path that is made of fine dots, and the shading on the mountains is light or nearly absent.

The typographed stamps have a cruder appearance, with shading on the path being made of coarse, large dots. The shading on the mountains is coarse and clearly defined.

Bingo! It turned out that all I had to do was remove the stamps with "TAS" watermarks from my accumulation to correctly identify the recess printings, and then look for heavy, coarse shading on the mountains on the rest of the stamps that identified the typographed stamps. After that, the stamps that were left were all lithographed printings.

In short order, I had three stacks of stamps correctly identified by printing method. And coincidently, I could take one of each and make a page for future reference to illustrate examples of three different stamp-printing methods.

Next, the stamps printed by lithography and typography had to be watermarked. The two piles of stamps became four piles, and finally I had to measure the gauge of the perforations.

In doing all of this for the 1d stamp, I learned a lot about the entire series. Maybe I am not an expert, but I have accumulated a working knowledge of this series, and I learned something about Tasmania too.

I could have put all the correctly identified stamps back into my stock book, but instead I decided to create a page with written text to help me remember how to properly identify the stamps. The resulting page is shown in Figure 2.

I have done many other similar ministudies.

A ministudy page showing the Canadian 6¢ Centennial definitives is shown in Figure 4. I spent many pleasurable evenings checking my accumulation of this inexpensive stamp against specialized catalog listings to see what varieties I had.

Minicollections such as these are relaxing to do, and yet it is a great way to learn a lot very quickly at minimum cost. I did not purchase any stamps for the study I did of the Tasmanian 1d Mount Wellington stamps or the Canadian 6¢ Queen Elizabeth II and Transportation stamps. I used stamps I had been saving in a stock book for years simply because I liked them.

Another positive aspect of these ministudies is that they don't commit you to lifelong devotion to one subject. You can try on as many different stamp subjects as you like. Maybe someday you will land on one that will be the specialty you want to continue to explore in greater detail. Or maybe you will be happiest sampling a variety of subjects.

Ministudies prove that you do not have to spend a lot of money to become a knowledgeable stamp collector.