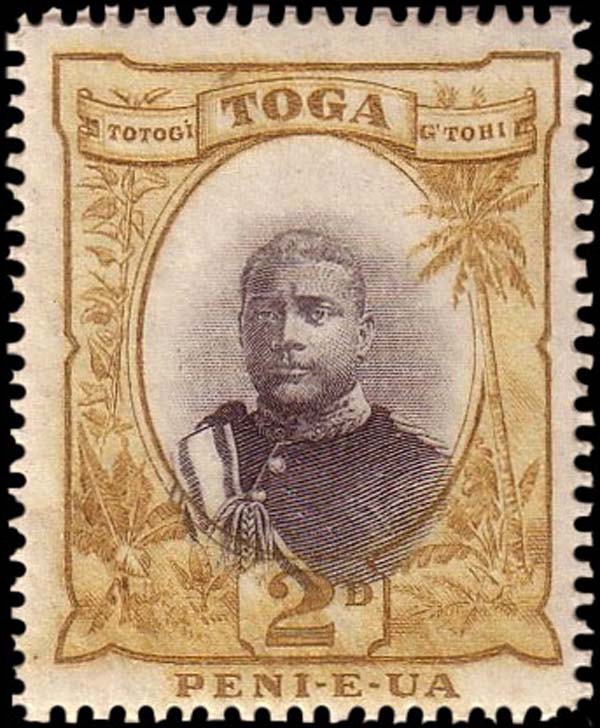 Figure 8. This 2-penny Tongan stamp is a printing freak with the vignette misaligned. Click on image to enlarge. 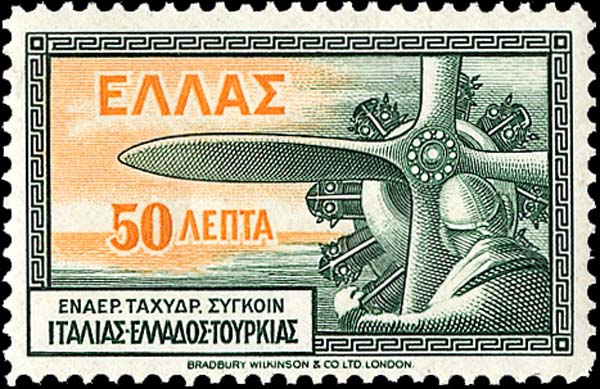 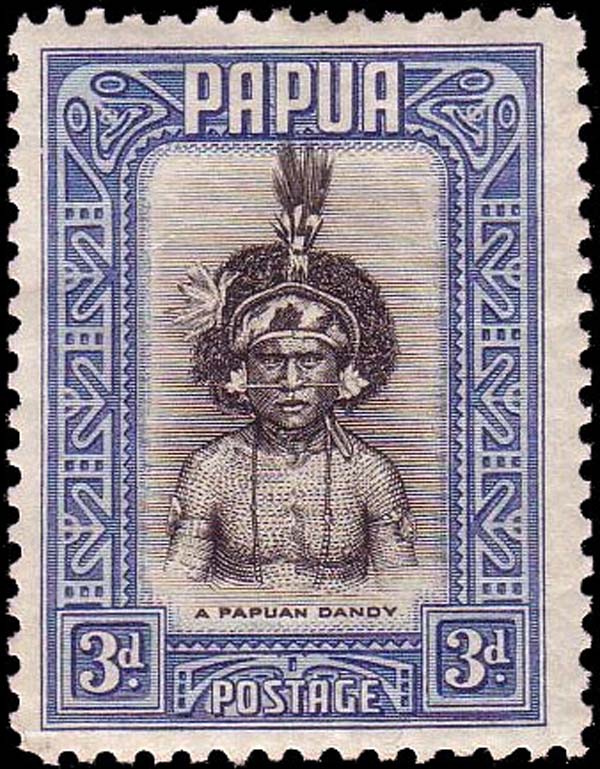 Figure 5. The engraved frames on these 37¢ Lewis and Clark stamps (United States Scott 3954-56) enhance the vignettes. Click on image to enlarge. 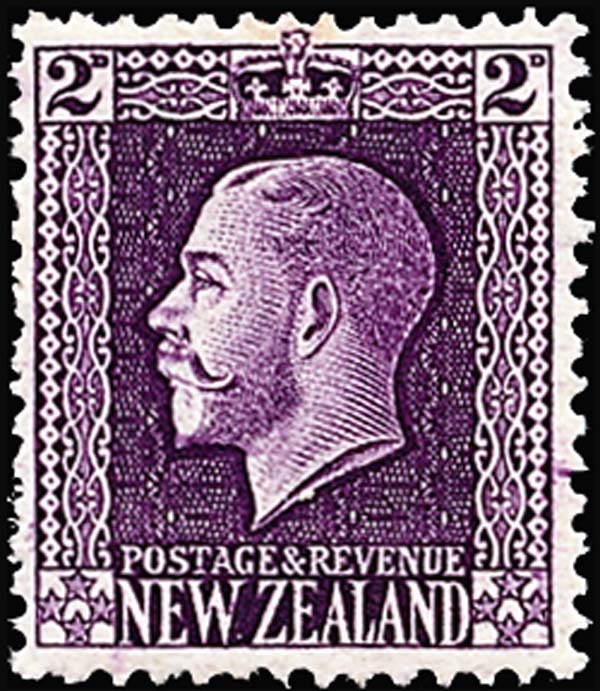 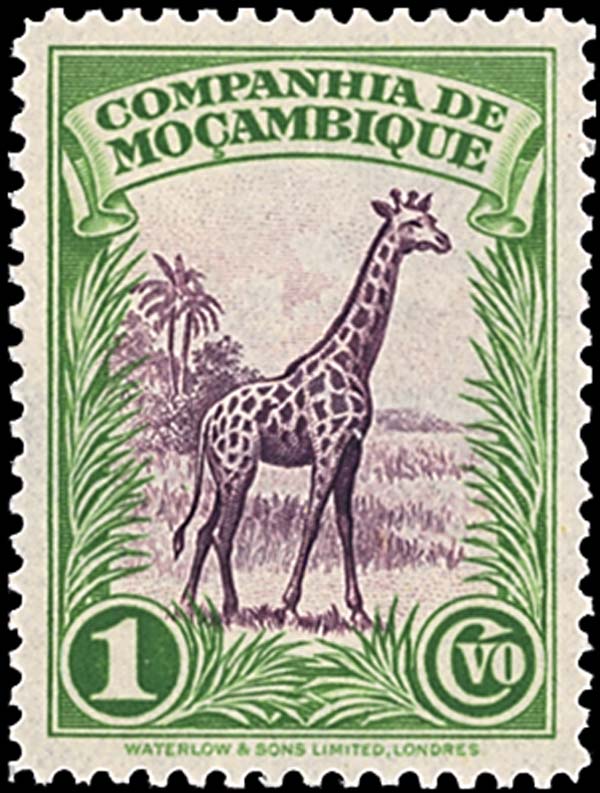 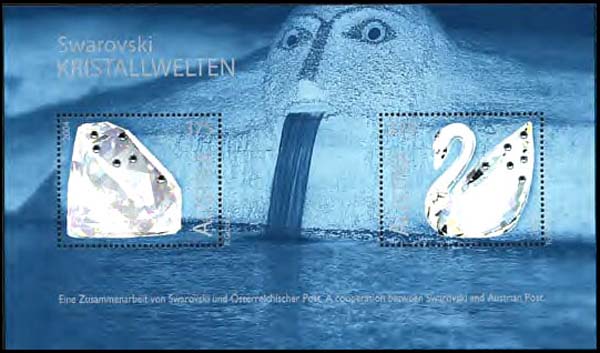 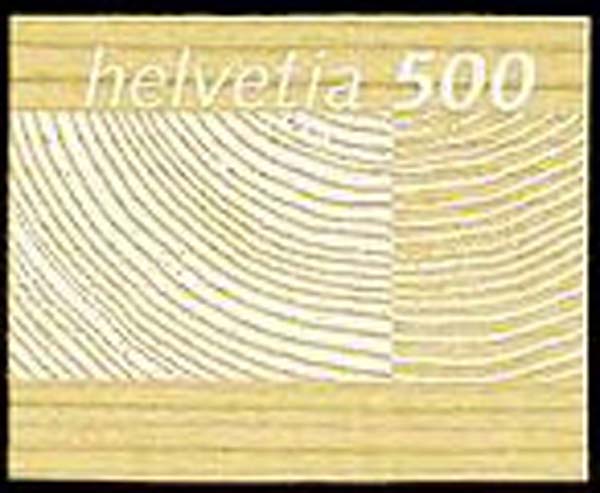 Figure 1. A Swiss 500-centime stamp with a silk-screen design on wood (Scott 1188). Click on image to enlarge.
Previous
Next

It is puzzling to me when I hear some collectors complain of what they call "gimmicky" stamps.

The intensity of their invective must be discouraging to collectors who like these kinds of stamps, and I am one who likes the gimmicks.

I enjoy the inventiveness being shown by some of the world's postal administrations. Some of the flashy stamps can be the trigger that launches a new stamp collector, and that, as Martha Stewart would say, is a good thing.

In 2004, there were several intriguing stamps printed in innovative formats or with nonstandard materials.

One example is the Swiss 500-centime stamp silk-screen- printed on a thin sheet of wood, shown in Figure 1 (Scott 1188).

My favorite, however, is a souvenir sheet that Austria issued Sept. 20, 2004, in commemoration of Austrian Swarovski crystal. The souvenir sheet is shown in Figure 2.

The sheet has two 3.75-euro stamps within its borders, and each stamp bears six tiny faceted Swarovski crystals that flash like diamonds.

Admittedly, these are impractical stamps. If the stamps were really used on mail, it is likely that the crystals would become dislodged and probably foul up the automated sorting and canceling machines.

But practicality aside, this is really an eye-catching sheet. You can be certain it will be one I show when I make presentations about stamp collecting to youth groups, for they are literally flashy stamps.

When I was a kid, I loved adding flashy stamps to my album. What was flashy 50 years ago is pretty mainstream today, but I still love those old stamps.

The stamps that caught my attention then were almost always engraved bicolor stamps such as the beautiful 1-centavo yellow-green and violet Giraffe stamp (Mozambique Company Scott 175) shown in Figure 3.

The subject matter is exotic and the design is attractive, but it is the printing process itself that gives the stamp its distinctive look. Had this stamp been printed in any other way, it would not have been so eye-catching.

Why is that? "Engraving" is a rather generic term for a type of printing more properly called intaglio or recess printing.

The plate from which the designs are printed has the design engraved into it using lines and grooves to form the design. The printing plate is loaded with ink, then the excess ink is wiped away from the surface leaving ink only in the recesses.

Paper is pressed onto the plate, where it picks up the ink that is in the plate. This results in the design being transferred to the paper.

Engraved stamps have easily identifiable characteristics. The printed design is crisp and finely detailed, and the ink is raised from the surface of the paper, giving the stamp a tactile quality. Most of the world's currency is printed by this method because it makes it more difficult to produce believable counterfeits.

You might wonder how a plate containing 100 or more identical subjects is produced. The process, as it was performed for many stamps until about 1995, is an intriguing blend of art and technology.

The engraver is an artist and craftsman who begins with a flat piece of malleable metal such as unhardened steel or copper. On it, he uses a tool called a burin to cut the design into the soft metal. It is a painstaking and exacting task that can take weeks to complete.

Some of a stamp's engraving might be done with mechanical assistance, such as the intricate engine turning background on the 2-penny purple King George V stamp (New Zealand Scott 164) shown in Figure 4.

Sometimes an engraver will use other equipment such as a pantograph to aid his accuracy in transferring the design to the die. A pantograph is an instrument used to copy design elements on a predetermined scale.

Usually a series of proof impressions will be made from the engraver's die as the design progresses. The proofs are checked to see if the engraving is accurate and the results are as desired. It is fairly easy to fix the die at the early stage but much more difficult later in the process.

After this master die is completed and approved, technology takes over. Successive heating and cooling hardens it, and working dies are made from it.

Then rolling a soft metal cylinder under great pressure over the working die produces a relief of the die in the soft metal roller. At the end of the process, the soft metal of the roller is hardened.

In the 19th century and into the 1990s, the roller was used to produce the printing plates, either flat plates or the more modern curved plates. The hardened roller was rocked back and forth under very high pressure into the plate, impressing the design into the soft metal. This was repeated for each stamp position that was to be printed from the plate, and then the plate was hardened.

If this process was not done properly, an exact duplicate of the roller image was not produced. If the variation went unnoticed, the resulting stamp was a plate variety, usually one that was eagerly sought by stamp collectors.

After hardening the plate, a proof impression was taken so that the results could be checked.

At the beginning of this column, I said that I loved engraved bicolor stamps, and the old plate-making and printing process described in previous paragraphs resulted in a stamp printed in one color.

Two plates were used to produce a stamp in two colors, one plate for each ink, and until the mid-20th century, the stamp paper needed two passes through the press.

Today modern high-speed rotary presses and plate-making equipment reduce the time needed to manufacture stamps, most of which are printed from gravure cylinders or flexible offset plates.

Engraving can be combined with other types of printing, but for United States stamps issued since about the late 1990s, the computer has taken over.

The stamps are, in my opinion, an outstanding marriage of engraving and five-color offset printing.

The engraved frames were modeled on a computer rather than engraved by hand. They are done in the ornate style of 19th- and early 20th-century stamps. Because of the recess process used to print the frames, the stamps are beautifully dimensional. The engraved frame makes the vignette (central design) pop.

Many bicolor stamps are black and some other color. They can be marvelously effective images, such as the 3-penny blue and black Papuan Dandy stamp (Papua New Guinea Scott 98) shown in Figure 6.

But contrasting color combinations can be even more unexpected and exotic.

An example is the Greek 50-lepton Pilot, Engine and Propeller airmail stamp (Scott C8), shown in Figure 7, with its contrasting green and orange colors.

Printing stamps in more than one color adds a challenge for the printers. For traditional two-color stamps, the plates had to be nearly perfectly aligned. A fraction of an inch of misalignment meant a shift in the finished stamps, such as the example from Tonga illustrated in Figure 8.

This stamp has the vignette misaligned downward so that part of it actually is printed over the top of the frame.

Collectors consider this a printing freak, and yes, it is eminently collectible.

Decades ago, something really spectacular occurred when great care was not taken during printing. One of the inks could be printed upside down, creating an invert such as the famous United States stamp, the 24¢ Inverted Jenny airmail stamp (Scott C3a).

I suppose that what I like best about engraved bicolor stamps is their inherent look of quality. Stamps printed this way look important.

They look like they are valuable even if they have a minimum catalog value. And they are flashy!