One cover per country worldwide collection 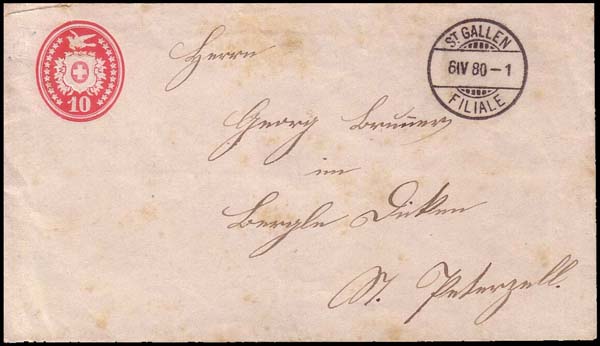 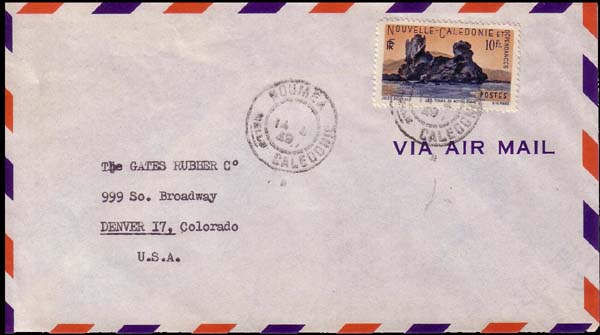 Figure 3. An airmail cover mailed from Noumea, New Caledonia, to Denver, Colo., in 1949. Click on image to enlarge. 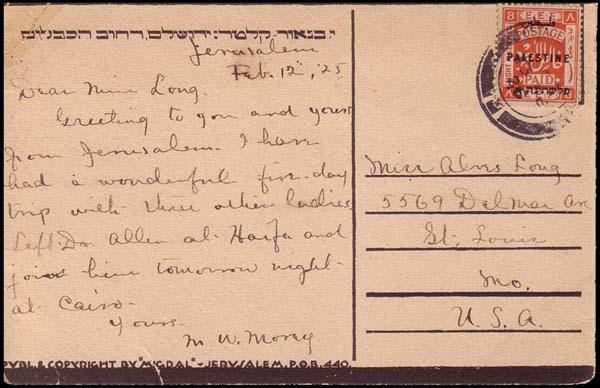 Figure 2. This postcard mailed in 1925 is franked with an 8-millieme red stamp of Palestine (Scott 55). Click on image to enlarge. 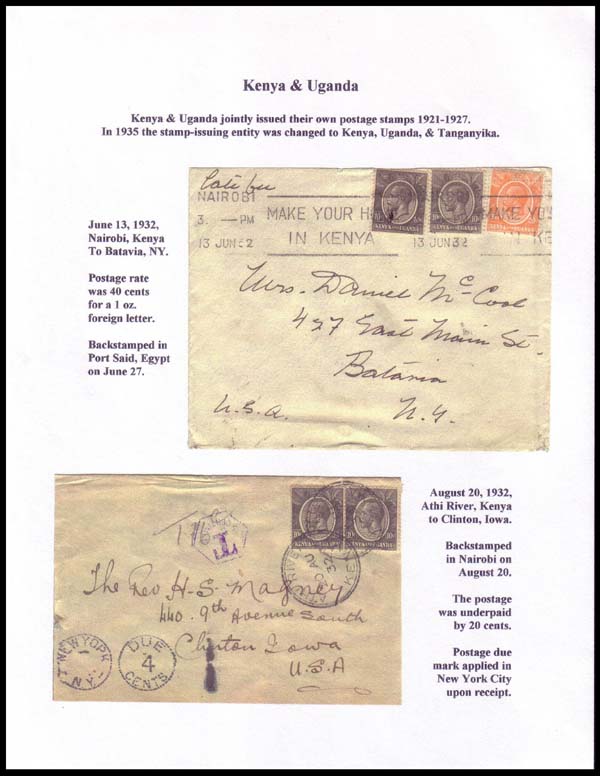 Figure 1. A page from a one-cover worldwide collection showing a cover mailed from Nairobi, Kenya, to Batavia, N.Y., and one mailed from Athi River, Kenya, to Clinton, Iowa. Click on image to enlarge
Previous
Next

In response to my Jan. 17 Refresher Course about the joys of collecting the stamps of little countries, Linn'sreader Kimber Wald told me of a collection he is making of worldwide covers. Wald is trying to complete a collection of at least one cover from every country up to 1940.

He says: "Most philatelists start off by collecting stamps of the entire world. As time passes, they tend to realize that this is a task that has little chance of completion. At this time, there are 536 former and current stamp-issuing entities. Many stamps are expensive and out of the reach of most collectors, and most countries issue excessive numbers of stamps. As a result, collectors eventually take up some limited specialty."

Wald further narrowed his collection from the current 536 stamp-issuing entities to the 330 that issued stamps between 1840, the year Great Britain issued the world's first postage stamp, and 1940.

This idea intrigued me and I began to visualize a similar collection of my own. Would my collection stop at 1940? I decided my own one-cover-from-each-country collection would extend to 1950. I wanted to include material from the post-World War II era because those events continue even today to shape the world in which we live.

I began to peruse covers I have collected over the years, and it dawned on me that I have been assembling this collection for years without even realizing what I was doing.

Having little sales resistance, I was acquiring almost any item that looked interesting, whether I collect the area or not.

The good news is that a great many of these covers have been purchased inexpensively from dollar boxes at stamp shows.

Working on this collection is going to be great fun, but at the same time, it is going to require some tough decision-making.

What one or two covers will best represent the United States? Where in the world will I ever find a cover from North Ingermanland? Will I arrange the collection alphabetically, by continent, or use some other method?

Such a collection is a process that will take many years to evolve, and I am in no hurry. Getting there will be half the fun. This will give me something to look for at stamp shows. Writing up the collection will be an enormously pleasurable experience.

Additionally, I can see the value of this collection as a reference work, provided I do it correctly. This means I will have to design a page template so that there will be some uniformity to the information I want. This might include the date the country came into existence and, when appropriate, the date it ceased to exist. I could also record its geographic location, geopolitical affiliations, and when the first stamps were issued.

Once the template is designed it will be a cinch to key in the pertinent data and quickly access it when I need it.

With the fervor of the newly converted, I began riffling through recent dollar box purchases to see what interesting items would fit into this new collection.

A postcard mailed from Palestine to the U.S. in 1925 is shown in Figure 2.

I bought this postcard even though I don't collect the area because I sometimes speak about stamps and stamp collecting to school groups. There is seldom a day that goes by that Palestine is not in the news, so this 80-year old postcard has a solid connection with current events.

This will be a good addition to my new worldwide cover collection. The 8-millieme red overprinted stamp on the card is Scott 55, issued in 1922.

The overprint was done on stamps originally issued during British military occupation. The "E.E.F." at the top of the stamp stands for "Egyptian Expeditionary Force."

Prior to 1917, Palestine was a part of the vilayet (province) of Syria in the Ottoman Empire.

Palestine was conquered and occupied by the British in 1917. In 1921, the territory was detached from Syria and partitioned into Palestine and Transjordan. The Balfour Declaration promised "a national home for the Jewish people" in Palestine, but Jews were not allowed to settle in Transjordan (east of the Jordan River).

At the time this card was sent, Palestine was administered by Britain as a League of Nations mandate.

In 1948, much of Palestine was incorporated in the new Republic of Israel. As recent events attest, the rancor between Palestinians and Israelis persists, a product of decisions made during the time this card was mailed.

New Caledonia, a French overseas territory, is a very large island in the South Pacific Ocean. Its first stamps were issued in 1860. Commercial mail from New Caledonia is not very common, so this 1949 cover is a great dollar-box find, and it will be a good addition to my new collection.

A postal stationery entire from Switzerland with an embossed 10-centime red stamp design is illustrated as Figure 4. This also is a dollar-box discovery. It appealed to me because of the crisp St. Gallen postmark dated April 6, 1880.

Envelopes using this stamp design were first issued in 1867, but exactly which envelope this is depends on the knife (the size and shape of the die-cut paper from which the envelopes are folded).

These are the first three covers for my new collection. Among my many boxes of miscellaneous flotsam, I am sure I will find others that I acquired on a whim and saved for a future undiscovered (until now) project.

The thought occurred to me that this type of collection could be customized in any number of ways.

Either of the two world wars could be delineating factors, and such a collection could demonstrate those nations that were invaded and occupied as well as the aftermath of war when countries were restructured and borders shifted.

Another type of cover collection could concentrate on a region of the world. It would be fascinating to track the rise and fall of the Soviet Union or the incredible number of changes in the African continent.

One cover from each of the successor states to the Soviet Union and the Federal Repulic of Yugoslavia would make an interesting mini-collection.

As for me, I think I will stick to a one-cover-for-each-country collection for the time being, and see how far I get.

I would bet that a decade from now I will still be looking for that cover from North Ingermanland.