Social history: reading other people's mail can be a cure for boredom 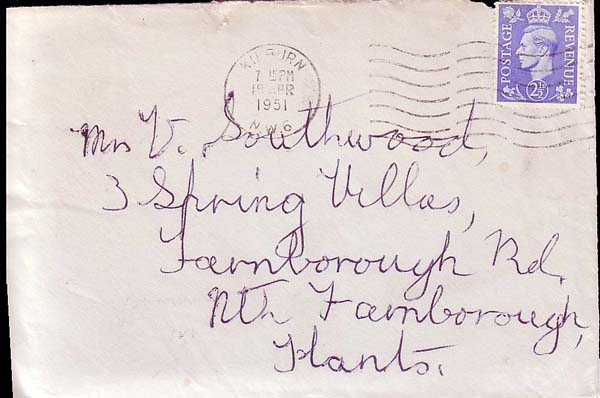 Figure 3. Cover from Betty Southwood to her mother from the Hostel for Blind Women in London. 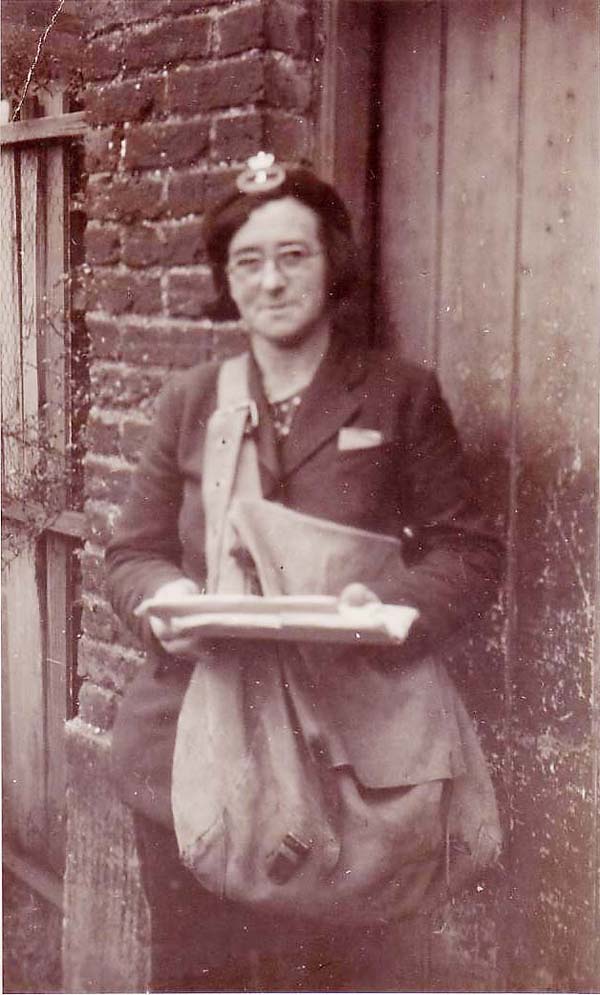 Figure 2. A photo of Violet Southwood as a letter carrier during World War II. 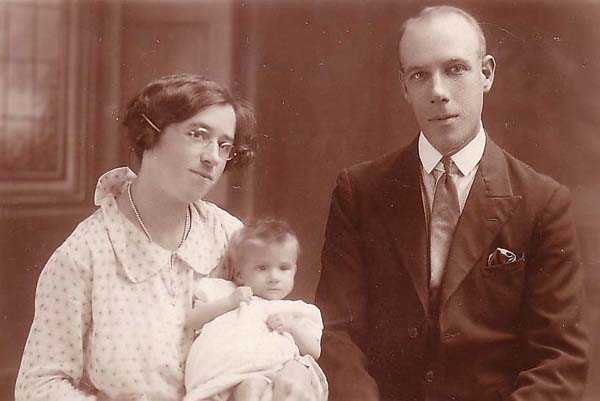 Figure 1. Picture of Herbert and Violet Southwood and one of their children found in a packet of old letters bought at an estate sale.
Previous
Next

Stamp collecting is a sure cure for boredom.

By extension, stamp collecting branches out to collecting the envelopes that bear stamps. Collectors refer to covers, postcards, package fronts and other material that have passed through the mail as "postal history."

There are a number of attractions to collecting postal history. Sometimes you get lucky, and there are letters and photographs in those envelopes.

Soon you have moved beyond stamps, postal rates and auxiliary markings, and the next thing you know you are collecting social history, working on genealogy, and sailing off on dozens of different tangents.

Here is a case in point. I recently purchased a grouping of old correspondence from the 1930s through the 1970s that was part of an estate sale in Great Britain. These very personal effects went for a song, yet they document how ordinary British citizens lived through extraordinary times.

The collection begins with a young married couple named Herbert and Violet Southwood, pictured in the photograph shown in Figure 1.

Herbert was a corporal serving with the 2nd Battalion of the North Lancashire Loyal Regiment.

In the correspondence, there is a letter from him to Violet dated Aug. 6, 1937, from Shanghai, China Command, care of Army post office No. 1.

The letter tells Violet that soon the Southwoods would be moving to Singapore and living in quarters for married soldiers. Violet and the two children, Betty and Roger, would join him there.

According to the regiment's history, the 2nd Battalion went from Shanghai to Malaya and Singapore, so this matches Herbert's first-hand account. The letter becomes a primary source document verifying the movement of the Loyal Regiment from China to Malaya.

In February 1942, the Loyal Regiment in Singapore was captured by the Japanese and became prisoners of war for the duration of World War II, but Violet and the children had returned to Great Britain before Singapore fell to the Japanese.

Among the treasures found in Violet's correspondence are some documents bearing 2-penny King George VI stamps. They were used in 1945 as revenue stamps on receipts for legal fees for executing the will of Violet's father.

Violet's brother George spent WWII as a lieutenant with the Middle East Forces. His service is documented by Airgraphs and an illustrated Christmas greetings air letter found in the correspondence.

Violet, who served as a mail carrier during the war, appears in this role in the photograph shown in Figure 2.

There are no letters from Herbert during the war, and my attempts to find out what happened to him then have not been fruitful.

But letters to Violet and to daughter Betty confirm that Herbert spent time in a hospital after the war. I do not know the extent or cause of his injuries, but by 1951 Violet was announcing that she was pregnant with a third child. The child, a daughter, was named Jacqueline.

By this time the eldest daughter, Betty, was in her 20s.

Betty's correspondence is full of riddles that together indicate a troubled and impetuous young person. There are many letters beginning in 1947 from Father Bede Griffiths, a Benedictine monk and prior of Farnsborough, offering spiritual guidance.

He offers advice on how to forgive her parents, although the correspondence does not say why Betty's parents needed forgiving.

Betty appears to have considered rather seriously a religious calling. In 1948, Father Griffiths wrote, "In spite of what you say: I am hoping you have a Benedictine vocation. If you have, it will gradually grow."

I was so impressed with Father Griffiths' letters that I did a Google search for him on the Internet. I was surprised to learn that in 1955 Father Griffiths went to India, started a Christian ashram (monastery) and took on the Sanskrit name Dhayananda.

His quest to "promote the renewal of contemplative life in the contemporary church and world and deeper understanding of East-West religions" continues through the Bede Griffiths Trust.

I'm sure Father Griffiths' letters brought Betty some comfort and hope, but problems continued to plague her.

As shown in the photographs, Betty began wearing glasses at a very young age. In a 1945 letter to her mother, an eye doctor declines new glasses for Betty because they would not help keratitis (inflamed cornea) and choroiditis (inflammation of the layer behind the retina).

On April 25, 1949, Betty received a Certificate of Blind Person certifying she was legally blind. On April 15, 1951, she sent the letter shown in Figure 3 to her mother from the Hostel for Blind Women in London, saying in part, "I am getting on all right with my work, and next week I will be making socks that they will be able to sell."

Several letters from Violet's friends indicate this was an unexpected elopement. Father Griffiths asks: "Who is he? What is his job? How long have you known him? Is he Catholic? What is his age? Is he good?"

By February 1954, Father Griffiths was writing, "I am so sorry that you should have been exposed to such treatment and I can well imagine how hopeless you must feel. But is there no hope of his coming back? May it not just be that he is subject to fits of instability like this and will want to return when it is over? He is legally bound to support you, and you ought to do all in your power to get him to return."

The last mention of Betty's first husband is a letter from the Salvation Army dated May 2, 1957, stating, "We are trying to get into contact with [your husband] again for you and will write you again when we have any news."

From January 1957, there is a very long letter to Betty from a cycling expert giving advice on what Betty should take on an extended cycling trip across Europe, through Persia or Afghanistan, and eventually ending up in Australia: an ambitious cycling trip especially for a woman who was legally blind.

The most important piece of advice seems to be to "get to Pakistan Frontier by the end of September at the latest because of snowbound mountains, generally about 6 foot of it."

No evidence of the journey exists in the correspondence, but there is a torn-to-shreds love letter addressed to Betty at Aldershot and dated May 8, 1957, which seems to indicate the trip was not made.

Betty's younger brother Roger seems to be an irrepressible and jolly fellow. He joined the army in the Royal Hampshire Regiment and spent 1954 and 1955 in Malaya during the Malayan Emergency.

A telegram dated March 24, 1954, was sent to his mother stating that Roger had sustained wounds of moderate severity to the chest from an accidental gun shot. In a follow-up letter, Roger tells his mother that he has been convalescing in a hospital and that he is fit and will be returning to duty soon.

The latest letter in the packet is dated Nov. 13, 1984. It is from Jacqueline, the youngest child of Violet and Herbert. It ties all of the loose ends of the story together. She writes of her father, who was soon to celebrate his 90th birthday and her mother, Violet, whom she was taking Christmas shopping in London.

These letters represent two generations of ordinary people living in extraordinary times. What stories lurk in the old letters that lie undiscovered in your attic?

The stamps and postmarks may be ordinary, but the history that unfolds within can be downright fascinating, and a great cure for boredom.