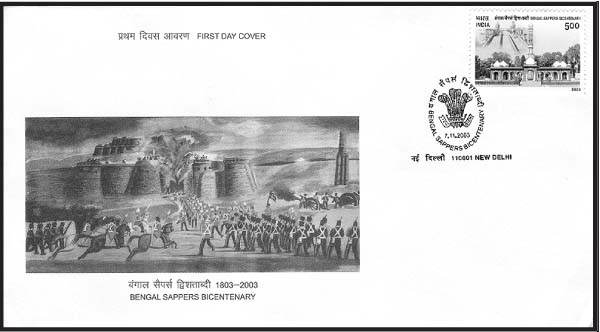 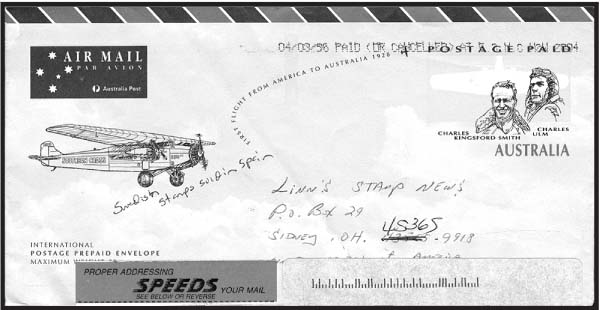 Figure 3. An Australian postal stationery envelope mailed in 1996. It is imprinted with a nondenominated stamp. Click on image to enlarge. 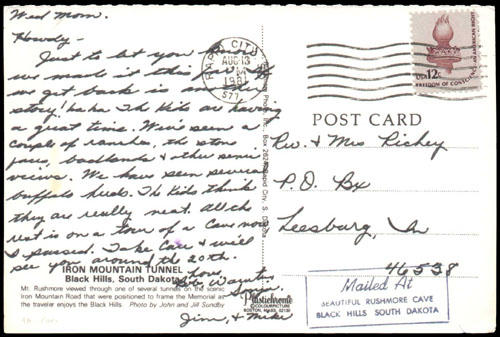 Figure 1. This stampless cover (folded letter) was mailed in 1793 for 3 shillings from London, England, to Philadelphia, Pa. Click on image to enlarge.
Previous
Next

One of the strengths of the stamp hobby is that collectors have so many options. One of those options is cover collecting, which has its own language and specialist terms.

Let's start with the most obvious: what is a cover?

A cover is a folded letter, envelope, postcard, wrapper, tube, postal stationery, parcel, parcel front, bag or mailing tag that has passed through the mail. It can also be any of those items that has been canceled and handed back or mailed inside a carrier envelope without actually passing through the mail itself.

The idea behind referring to covers as postal history means that a collector knows or learns about postal rates, mail routes and mail handling practices of the time when the cover was mailed.

The contents of a cover, if preserved, can also help date a cover and reveal aspects of the social and cultural history of the time the cover was mailed.Before the development and widespread use of envelopes in the mid-1800s, most covers were folded letters. After writing a letter, the writer would fold up the sheet or sheets, seal it with glue or sealing wax and write the address on the face (the side without folds or edges).

Before the invention of the adhesive postage stamp to show prepayment of postage, letters were mailed with manuscript or hand-stamped markings to show if any postage had been paid or how much postage was due. Such items are called "stampless letters" or "stampless covers."

The folded letter shown in Figure 1 is a stampless cover mailed on April 4, 1793, from London, England, to Philadelphia, Pa. The letter bears a British manuscript 3-shilling postage assess-ment and an American manuscript 36¢ postage assessment. It also bears a strike of a London double-ring "Paid" postmark.

An envelope is a packaging product used to enclose and carry a letter. Most envelopes are made of paper, although they can also be made of other materials. The most com-mon type of envelope is made from paper cut to shape and folded into an oblong rectangular enclosure with four flaps on the back. Three of the flaps are presealed. The fourth is sealed by the sender after the letter is enclosed.

Handfolded envelopes were time-consuming and expensive to produce. The invention and development of envelope-folding machines made the wide-spread use of envelopes practical and economical.

Postcards are cards designed to be mailed without being placed inside an envelope. For the oldest postcards, only the address and stamp were allowed on the address side. The written message, if any, had to be on the other side.

More modern postcards and those of today usually have a picture on one side. The address side (called a divided back by postcard collectors) has space for a stamp and the address on the right and a written message on the left.The cover shown in Figure 2 is a divided-back picture postcard mailed March 27, 1920, from Tripoli, Libya, to Sweden. The postcard is franked with three Libyan 25-centesimi dark blue and blue Diana of Ephesus stamps (Scott 25) tied by a Tripoli machine cancel.

A wrapper differs from an envelope in that although it may be prefolded the folds are not presealed. Wrappers are designed to enclose something larger and bulkier than a letter. The most common use of wrappers is to mail newspapers, magazines, catalogs, tracts or other publications. Wrappers are often open at the ends and usually are sealed only at the back. Wrappers can bear adhesive stamps or can be imprinted with them.

Postal stationery is any item used for mailing that has a stamp imprinted directly on it. The basic types of postal stationery include envelopes, wrappers, postal cards, letter sheets, letter cards and aerograms. Only the first two types carry an enclosure, but all are considered to be covers.

The cover shown in Figure 3 is an Australian nondenominated Charles Kingsford Smith and Charles Ulm postal stationery envelope for international airmail. It was mailed March 4, 1996, from Australia to Sidney, Ohio. The sender complicated its delivery by using ZIP code 43565 (Tontogany, Ohio) instead of the correct 45365 ZIP code. Its back bears a Tontogany March 11, 1996, transit postmark.

Many collectors consider entire parcels too bulky to be saved. Parcels also do not fit into a standard stamp show exhibit frame. As a result, many parcels are cut down to preserve only the addresses, franking and postal markings. These are called "parcel fronts."

In some countries parcels were delivered only as far as the servicing post office, where they were picked up by the addressee. The sender filled out a parcel card when mailing the parcel. Stamps paying for the delivery were affixed to the parcel card.

Some particularly large or heavy items are mailed by affixing a mailing tag. The tag contains the ad-dresses and the postage and is tied, wired or otherwise affixed to the item to be mailed.

Commercial covers are covers that were used to carry business or private letters. Philatelic covers are covers that were created by or for collectors for the purpose of being collected.Sometimes the line between commercial and philatelic covers blurs. An example is a cover a collector uses for his own private or business correspondence that bears stamps or markings that he thinks will be of interest to the recipient.

FDCs are a special category of souvenir cover. FDCs are covers that are postmarked on the first day of issue of at least one of the stamps used on the cover. Most modern FDCs bear the first-day date, but they were postmarked within a grace period.

Most collector-created FDCs are cacheted. Although FDCs can be mailed, most FDC collectors prefer FDCs that are unaddressed and that did not pass through the mail in their own right.

Most FDCs are either handed back, if canceled locally, or are sent through the mail in a carrier envelope.

An FDC for the Indian 5-rupee Bengal Sappers Bicentenary stamp (Scott 2031) is shown in Figure 4. This FDC is cacheted and unaddressed and did not pass through the mail.

The postmark might have actually been applied earlier or later, but it is dated Nov. 11, 2003, the first day of the stamp.