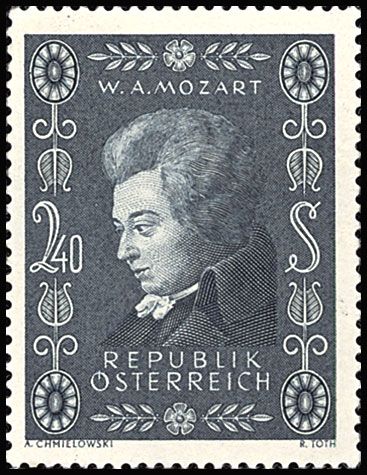 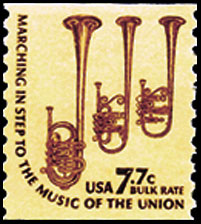 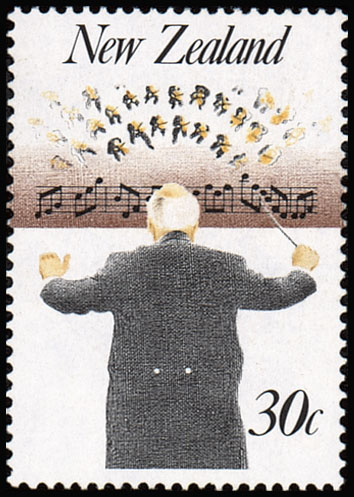 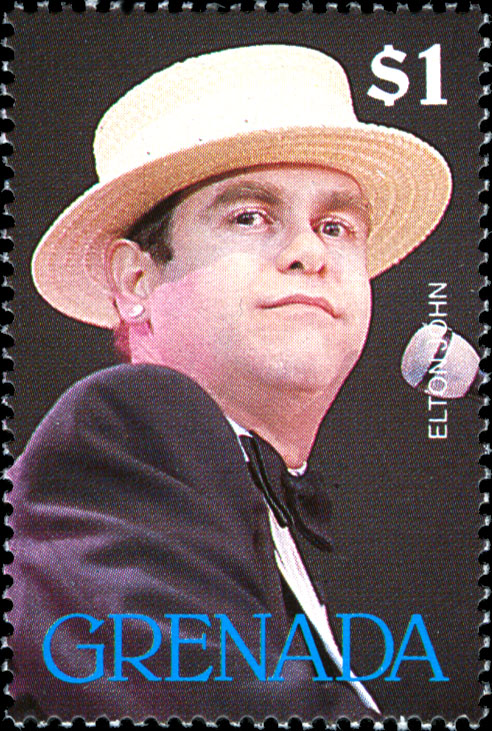 Figure 4. This Grenada $1 Elton John stamp (Scott 1678) is part of a 1988 set of eight stamps commemorating rock, pop and reggae stars. Click on image to enlarge. 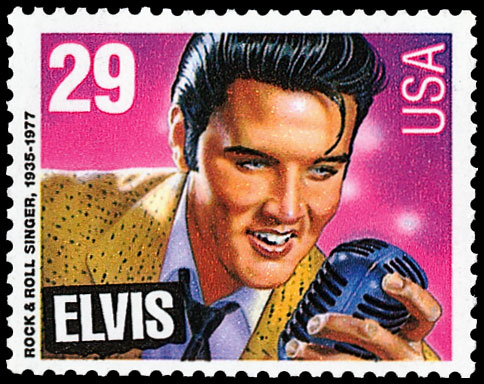 Figure 3. This United States 29¢ Elvis stamp (Scott 2721) is touted by the U.S. Postal Service as its most popular stamp of all time. Click on image to enlarge. 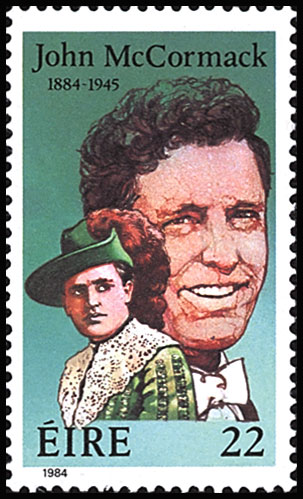 Figure 2. An Irish 22-penny John McCormack stamp (Scott 594). This stamp was a joint issue with the United States. Click on image to enlarge. 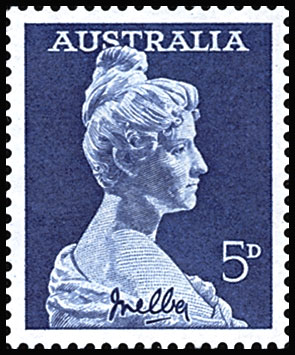 Figure 1. A 5-penny Dame Nellie Melba by Sir Bertram Mackennal stamp (Scott 341), issued by Australia in 1961. Click on image to enlarge.
Previous
Next

I will admit it. I have become addicted to the popular TV program American Idol. It is a guilty pleasure, I suppose, but I have always loved music and most of the kids on that program are very talented. Those who can build successful careers could eventually find themselves honored on stamps.

Do not be skeptical about that. Many of the world's most famous singers appear on stamps, from classical and opera to folk, blues, pop, rock and any other genre. The evolution of singing would make a great topic for a stamp collection.

Australia issued one of my personal favorite stamps in 1961. The 5-penny Dame Nellie Melba by Sir Bertram Mackennal stamp (Scott 341) shown in Figure 1 is an engraved beauty.

The beautiful lady, born Helen Porter Mitchell, was perhaps the most famous singer of the late 19th and early 20th centuries. Some might argue that Nellie Melba is the most famous Australian of all time. She was a superstar soprano who even had foods named for her: peach melba and melba toast.

Several books and first-hand accounts of the day record Melba's diva-like behavior. She sang on the stage with John McCormack, an Irish tenor.

McCormack was commemorated with the Irish 22-penny stamp (Scott 594) shown in Figure 2. The stamp was a joint issue with the United States (2909).

Once McCormack attempted to take a bow on stage with Melba. She shoved him out of the way and said, "No one takes a bow with Melba."

Whether you like or loathe it, rock 'n' roll has had sufficient longevity to see some of its biggest stars honored on stamps.

According to the United States Postal Service, the 29¢ Elvis stamp (Scott 2721) shown in Figure 3, which was issued Jan. 8, 1992, is its most popular stamp of all time. Stamps with similar designs, but which included Elvis' last name (Presley), were issued in pane (2724) and booklet (2731) formats.

I remember that at my little country post office, the postmaster played Elvis songs all day and cheerfully rubber-stamped my hastily assembled first-day covers with a "Return to Sender" handstamp, a musical allusion to one of Elvis' big hits.

Few rock stars can rival Elvis, as "the King of Rock 'n' Roll," but many appear on the postage stamps of different nations. They are popular cross-collectible subjects that appeal to several types of collectors.

In 1988, Grenada issued a set of eight stamps (Scott 1673-80) featuring rock, pop and reggae stars Tina Turner, Lionel Ritchie, Whitney Houston, Joan Armatrading, Madonna, Elton John, Bruce Springsteen and Bob Marley, all of whom have had more longevity than is usual in the ever-evolving world of music.

Great Britain issued a set of self-adhesive stamps and a souvenir sheet for the Beatles on Jan. 9, 2007 (Scott 2420-26). The two nondenominated first-class Beatles stamps from the set are shown in Figure 5.

These stamps are another guilty pleasure that I cheerfully added to my collection. The irregularly shaped stamps are made to resemble stacks of long-playing record album covers. Remember them?

In the 1960s and early 1970s, the Beatles certainly sold stacks and stacks of albums. The 33 1/3 revolutions-per-minute vinyl record albums are a quaint reminder of a time long passed, but I remember those album covers with great fondness.

The much smaller CD jewel cases just don't offer the same scope for pictures and liner notes that an LP record album cover did. Even so, CD jewel cases will probably soon be eliminated. More and more music fans download their favorite songs as digital files into iPods the size of — dare I say it — a postage stamp.

Singers, songwriters, song lyrics, musical instruments, musical plays, orchestras and even musical notes have all graced stamps. Music on stamps is a wonderfully rich area for those seeking a topical interest. There is so much available that it can be overwhelming. It is easy to lose interest when projects become overwhelming.

That is a shame, because you can miss a lot of stamp fun that way. If you love a certain subject and the possibilities seem endless, break it down into manageable chunks and start small. You can always add more later.

Taking the music subject as an example, you might begin by building a symphony orchestra. For example, you could start with the New Zealand 30¢ Conductor stamp (Scott 857) shown in Figure 6.

Each section of the orchestra can be fleshed out by, for example, adding violins, violas, bass and harp for the string section. Work your way around the orchestra, finding the appropriate stamps to fill each section of your philatelic orchestra.

Once you have assembled the instruments, decide what music the philatelic orchestra will play.

You can add stamps that depict composers such as Mozart, Chopin, Beethoven, and whomever else you like.

It is your collection, so make it fit what you like. As you progress through the music theme, you can add songwriters, musicians and conductors; different types of music; concert halls; and singers.

How can you house this kind of collection? A stock book offers maximum flexibility because you can add, move or rearrange the collection as new stamps become a part of it.

Another option is to make your own album pages. Today's personal computers and easy-to-use word-processing software make the process easy. It is also creative and fun to do.

Music is only one of tens of thousands of subjects that can be collected on stamps. Broad subjects such as music, art, ships, dogs, food or transportation will be easier to collect when broken down into sections that will help you focus your attention.

Once you start a topical collection, you will want to consider joining the American Topical Association.

The association publishes its journal Topical Time six times a year. It is filled with interesting and well-written articles geared to topical collecting.

The association also sponsors an annual national topical stamp show, providing the opportunity to meet other topical collectors and dealers who specialize in topical stamps, and to see topical exhibits.