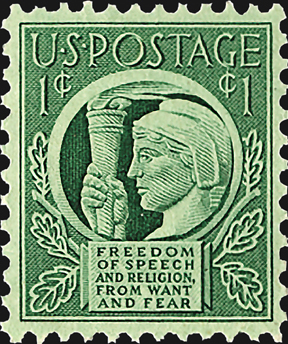 Figure 3. An imperforate Obock 10-centime black and green Somali Warriors stamp. Although the stamp is imperforate, it has printed simulated perforations. Click on image to enlarge. 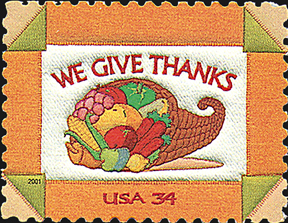 Figure 1. Although these three Canadian 6¢ orange Queen Elizabeth II stamps have the same design, color and denomination, collectors consider them to be different stamps. What makes them different are the arrangement and gauges of their perforations. Clic
Previous
Next

Perforations and the proper use of the device used to measure them, called a perforation gauge, often baffle beginner collectors and sometimes even those who are not so new to collecting.

Perforations have their own lexicon of terms that might puzzle a newcomer. So what exactly are perforations?

In 1840, Great Britain issued the world's first postage stamp, the Penny Black. The stamps were printed in sheets of 240. Each stamp on the sheet had to be cut from the sheet with scissors before it could be affixed to an envelope. This was time-consuming, and harried postal clerks frequently cut into the stamp design.

Stamps that are not perforated and have to be cut apart with scissors are called "imperforate."

Inventors began working on the problem of making stamps easier to use. By 1853, the British Post Office was using a perforating machine invented by Henry Archer.

The machine punched holes in the margins surrounding the stamp design. The holes weakened the stamp paper, allowing even tearing along the line of perforations. Scissors were no longer necessary for separating stamps.

Holes that are not cleanly perforated or not perforated at all because of broken or missing pins in the perforating equipment are called "blind perfs."

The bit of paper between two holes is called a "bridge." After stamps are torn apart, the protruding paper tips are known as perforation "teeth."

Perforating machines evolved and improved, but with the growing popularity of die-cut self-adhesive stamps, perforations are rapidly becoming a relic of a bygone era.

Knowing how to use a perforation gauge is an essential stamp-collecting skill.

Being able to correctly measure the gauge of perforations is crucial for collectors in many ways, including using a stamp catalog, purchasing stamps, correctly identifying stamps, and placing a stamp in its proper place on an album page.

Different gauges of perforation can mean the difference between a common, inexpensive stamp and a scarce, valuable stamp.

Many different varieties of perforation gauges are available. Although the gauges do not look the same, using any of them requires the same easy-to-learn techniques.

Some stamps have the same gauge of perforation on all four sides. This is expressed in catalogs with one number, as "Perf. 12" or "Perf. 10."

Stamps with compound perforations have different gauges of perforations on the sides than at the top and bottom.

Some stamps can gauge differently on all four sides. The 1906 issue of Bosnia and Herzegovina is an example.

This definitive series was in use from 1967 to 1972. Some stamps in the series were issued in several formats.

The stamps shown in Figure 1 all have the same color, design and denomination, but collectors consider them to be different stamps.

The stamp shown on the left was issued in a coil roll, a long strip of stamps rolled up for sale.

The 6¢ orange Queen Elizabeth II coil stamp shown in Figure 1 has horizontal perforations that measure gauge 10. The Scott catalog number for this stamp is 468A. The Scott Standard Postage Stamp Catalogue description for this stamp says "Perf. 10 Horiz."

Using a perforation gauge, I measured the stamp at the center as being perforated gauge 10 on all four sides.

These stamps have different gauges of perforations because they were issued in different formats: as coil, sheet and booklet stamps.

Different gauges of perforation can also be the result of switching from one type of perforating machine to another during stamp production.

Many modern stamps are die cut. In this method, a matrix of sharp cutting edges, called a die, is used to cut completely through the paper between the stamps. Most die-cut stamps are self-adhesive and are held together by the backing paper until they are peeled from the pane and used.

In the early days of experimenting with stamp separation, some nations began using equipment that made small slits in the margins between the stamps. This type of separation is called "rouletting."

The big difference between rouletting and perforating is that no paper is removed during the rouletting process, while perforating punches out holes from the paper.

A Mozambique 1-centavo gray-green Coats of Arms and Allegory war tax stamp (Scott MR1) is shown in Figure 2. This stamp was valid for payment of postal or telegraph war tax, but the cancellation reveals that this one was used on a telegram.

The rouletting on this stamp is gauge 7. The stamp listed as Scott MR3 has the same design, color and denomination but has gauge 11 rouletting.

Shown in Figure 3 is an imperforate Obock 10-centime black and green Somali Warriors stamp (Scott 50), part of the imperforate issue of 1893-94.

Although the stamps had to be cut apart with scissors, they bear printed simulated perforations. I wonder what the reasoning behind this might have been, but it gives stamp collectors something cool to collect.