Tis the season: Christmas stamps bring holiday cheer to all 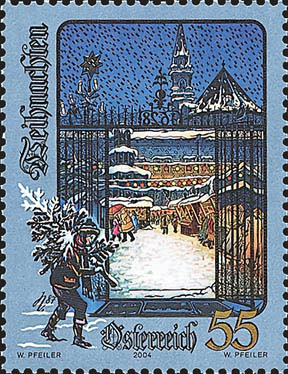 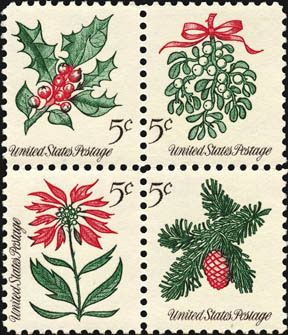 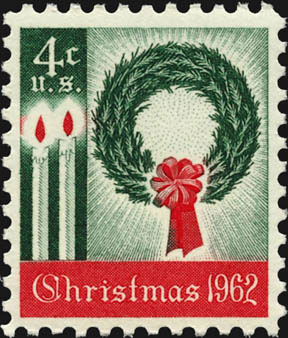 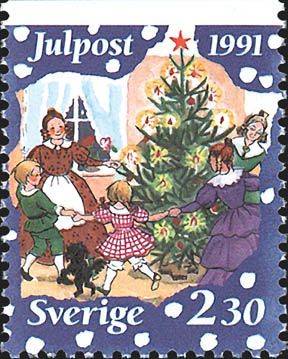 Figure 4. A Swedish 2.30-krona Family Around the Christmas Tree stamp (Scott 1910). Click on image to enlarge. 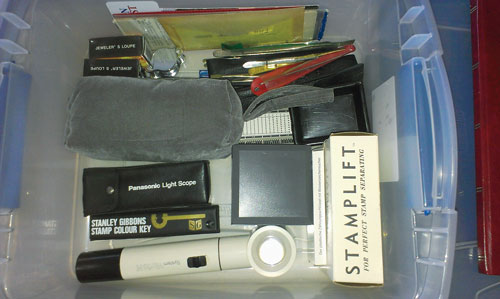 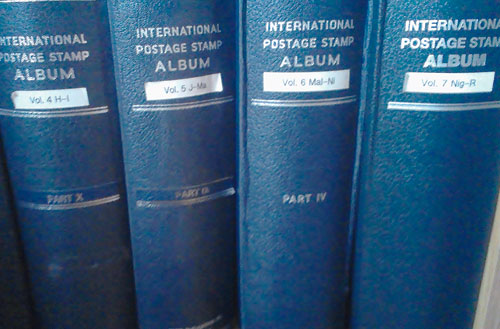 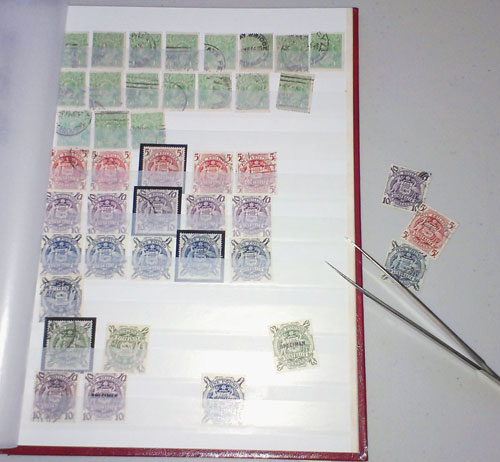 The holiday season is here and many of us are decking our halls with boughs of holly. Christmas trees are going up in living rooms and folks are stringing lights on the bushes in their front yards.

After a weekend of holiday decorating it is fun to relax by pulling out a stamp album and enjoying your collection. You can learn many Christmas decorating tips from just looking at stamps.

The Christmas tree is the centerpiece of holiday decoration. Some people prefer fresh trees, while others enjoy artificial ones. These days, except for that fresh pine scent that permeates the house with a real tree, they are hard to tell apart once decorated. Figure 1 shows a British £1.19 Christmas Tree stamp (Scott 2417) issued in 2006. It shows a fully-decorated tree with lights, tinsel and ornaments.

The Christmas custom of bringing an evergreen tree indoors and decorating it originated in Germany in the 1500s. In those days, of course, there were no flashing electric lights and plastic baubles to embellish the branches. The tree was decorated with fruit and nuts and shared with others, symbolizing the three kings bringing gifts to the Christ child. The tree itself was another symbol, that of eternal life, because the evergreen tree did not shed leaves.

As a child, my favorite Christmas tree ornaments were extraordinarily delicate blown glass ornaments. These were in the shapes of elves, Santa, angels and cottages.

My mother told me they came from Germany. They had been passed from generation to generation. I recall putting at least a dozen of them on my childhood Christmas trees, and I remember vividly breaking one of them myself. Others fell by the wayside, too, but four still find their way on my Christmas tree each year.

In 2004, the United States Postal Service issued the ornament stamps shown in Figure 2 (Scott 3883-86) that resemble these family treasures.

In 2008, Switzerland issued Christmas stamps showing simpler ornaments. The ever-important star that goes on the topmost branch of the tree is seen on the 100-centime stamp shown in Figure 3. No Christmas tree is complete without its star — or in some families, its angel.

Once all of the decorations are on the tree, the family gathers around to celebrate and admire its beauty, as shown on the Swedish 2.30-krona Christmas stamp (Scott 1910) in Figure 4.

This is the dangerous time in my household, when the cats decide to undecorate the tree that was recently bedecked so painstakingly.

Another popular Christmas decoration is the wreath on the door. This can be a simple circle of evergreen with a festive red bow, as illustrated on the United States' first Christmas stamp, the 4¢ stamp (Scott 1205) issued in 1962 that is shown in Figure 5.

Trees and wreaths are not the only flora used for decorations during the holiday season. Mistletoe, holly and poinsettias also grace homes — and stamps.

Cities, towns, businesses and homeowners deck not only the halls but also the streets with festive light displays.

Anyone who has ever tried to photograph outdoor Christmas displays realizes that it is difficult to capture the color and mood of Christmas lights, but Austria was able to capture the effect beautifully on the 2004 €0.55 stamp (Scott 1975) shown in Figure 7. This stamp pictures the historic Christmas market in Salzburg that features yummy food, holiday music, decorations and toys.

In 2008, the U.S. Postal Service issued 42¢ Christmas stamps that illustrate four different nutcrackers, another decoration we have borrowed from Germany. Many of these stamps, as well as the religious-theme 42¢ Madonna and Child by Botticelli stamp, will find their way onto bright red or green envelopes carrying holiday greeting cards.

Even when U.S. stamps were soakable, those that were used on envelopes made with brightly colored paper were a soaking hazard.

Soaked clippings on colored paper stain any other stamps they come into contact with, and often ruin the stamp you were trying to soak.

Now that most U.S. stamps won't soak off in water, you can collect these stamps on piece without worrying about stains when soaking.