The many different and interesting ways to collect stamps 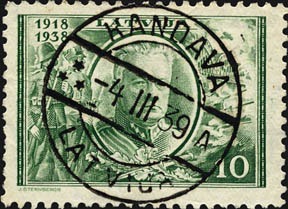 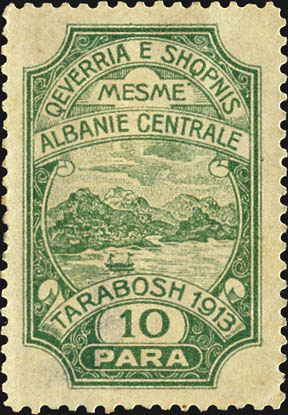 Figure 5. A Central Albania 10-para local stamp purportedly issued by the provisional government of Essad Pasha in 1915. Whether you consider it bogus or a local post issue, it is a cinderella stamp. Click on image to view all eight. 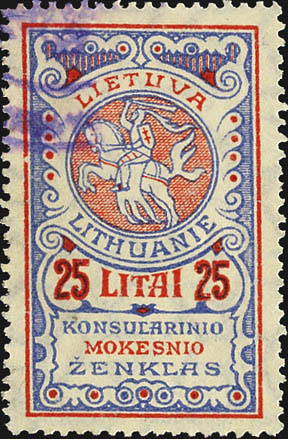 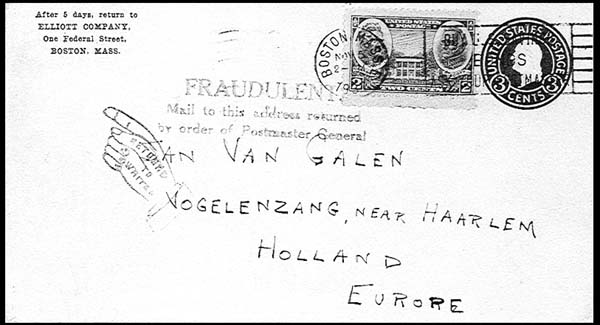 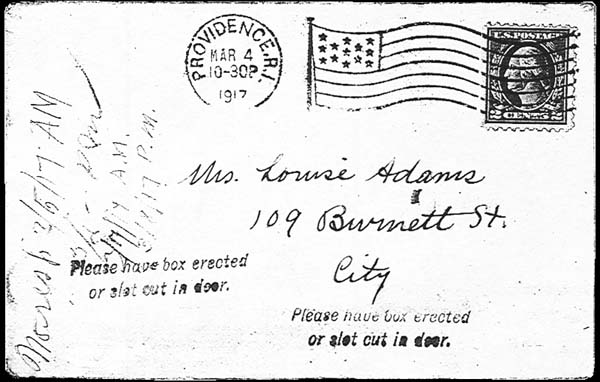 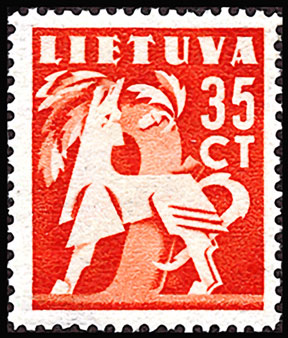 We've all seen letters from disgruntled collectors who proclaim, for one reason or another, "I am going to quit stamp collecting!"

I just can't relate to that.

There are so many different and interesting ways to collect stamps, I can't understand how anyone involved in the hobby could possibly give it up.

I have the opposite problem. I am constantly fighting the urge to begin new collections.

Probably the most popular way to collect stamps is by country. Most of us started out as worldwide collectors before focusing on a country or area.

I have a number of country collections, but the one nearest and dearest to my heart is Lithuania.

Lithuania first piqued my interest when, as a school-boy collector, I came across the 35-centas Iron Wolf stamp (Scott 322), shown in Figure 1, in a friend's collection. I was a history and geography geek, and here was a stamp from a Euorpean country I had never heard of.

The reason that I hadn't heard of Lithuania was because it had been gobbled up by the Soviet Union in 1940 as part of the notorious German-Soviet Nonaggression Pact. The Iron Wolf stamp was from the last set that Lithuania issued before being invaded and annexed.

Lithuania reasserted its independence in 1990, opening the fracture that ultimately destroyed the Soviet Union. New stamps issued since 1990 reinvigorated my interest.

Once you settle on a country or area, there are still more choices to make. Should you collect the stamps unused, used or both? Should you be a one-of-each general collector, or should you specialize and look for varieties, errors or multiples?

Another popular way to collect stamps is by topic. I have a number of topical collections, the largest of which is motion pictures. I fell passionately in love with movies at an early age. Collecting topically allows me to scratch my movie itch and my stamp collecting itch simultaneously.

My favorite childhood movies were the Universal Pictures horror classics of the 1930s and 1940s. Some parents might have felt that such violent and macabre films were not appropriate for a child of my age. Fortunately, my parents were not among them. Friday night's Shock Theatre was the highlight of my week.

Another way to collect stamps is on cover. The 1926 2¢ carmine George Washington stamp (Scott 634) on the cover shown in Figure 3 is one of the most common U.S. definitive stamps. It is also in the grade of average, with perforations cutting into the design at bottom.

Off cover, this stamp would be virtually worthless, but on this cover it is highly collectible because of the Stuard Hotel corner card and the Aug. 27, 1930, railway post office postmark.

By any name, cover collecting can add a whole new dimension to your other collections, or become your primary collecting interest.

So far, we've shared the assumption of most collectors that collecting stamps means collecting postage stamps. To quote Ira Gershwin, "It ain't necessarily so."

Revenue stamps are usually collected used, as unused examples are often not available. They can also be collected on document — the revenue equivalent of postal history.

A Central Albania 10-para local stamp, purportedly issued by the provisional government of Essad Pasha in 1915, is shown in Figure 5. This stamp is probably bogus, as it is doubtful that it had any mail franking power, even locally. Either way, it is a cinderella stamp.

One can also collect stamps that have bull's-eye cancels. These are stamps that are socked-on-the-nose, with the cancellation centered directly on the stamp so that the location and date of mailing or use are shown on the stamp.

There are numerous ways to collect bull's-eye cancels. Calendar collectors try to find a bull's-eye cancel for every date in a given span of time: just one year, a decade, or from 1840 to the present.

During my initiation as a chief petty officer in the U.S. Navy in 1986, old Master Chief Jones kept telling me, "If you aren't having fun, you aren't doing it right." The same applies to stamp collecting.

The beauty of stamp collecting is that it's all up to you. You collect what you like, the way you like to collect it, simply because you like it that way.

If whatever you have been collecting doesn't cause your heart to beat a little faster or put a smile on your face, then look around for something else that will. The possibilities are endless.