Bells on stamps help ring in the Christmas holiday seaso 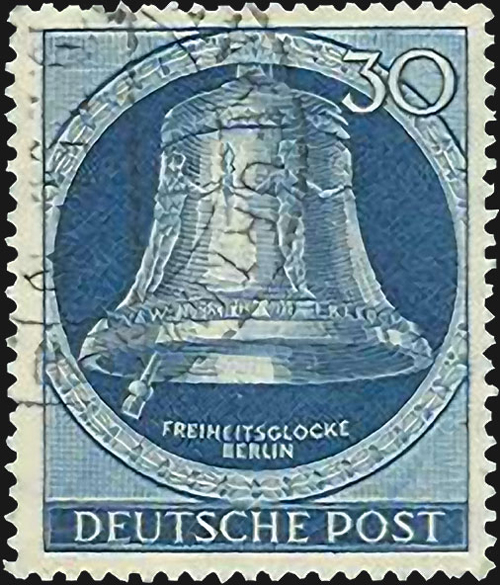 Figure 7. A Germany-Berlin 30-pfennig Freedom Bell occupation stamp (Scott 9N73). In the design of this stamp, the bell's clapper is at the left. Click on image to enlarge. 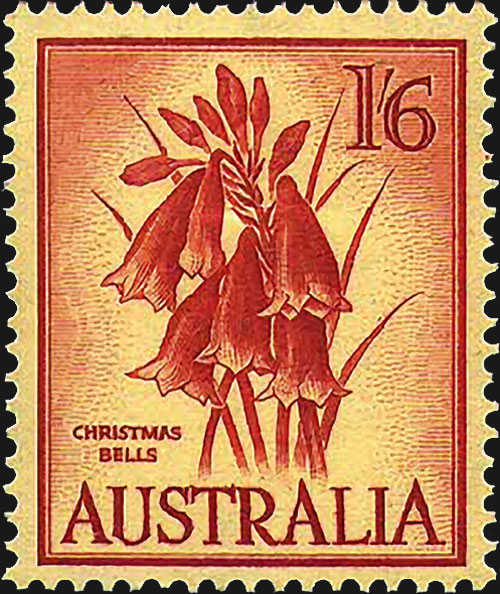 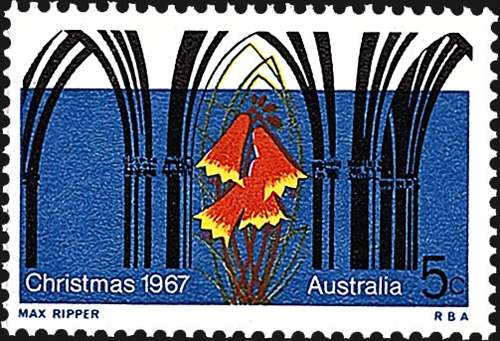 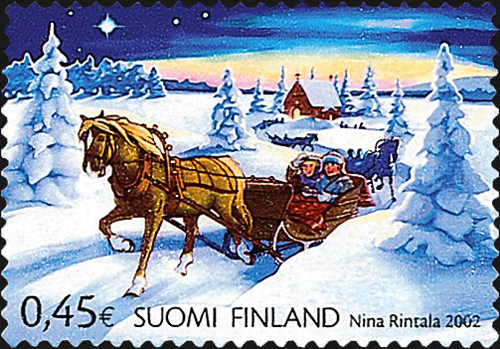 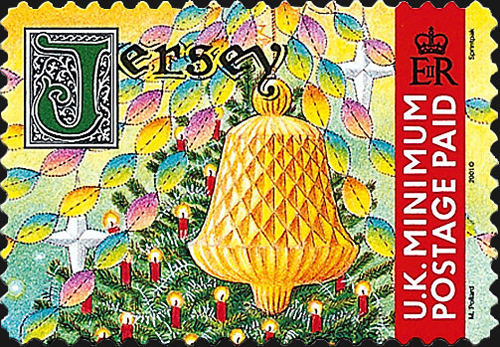 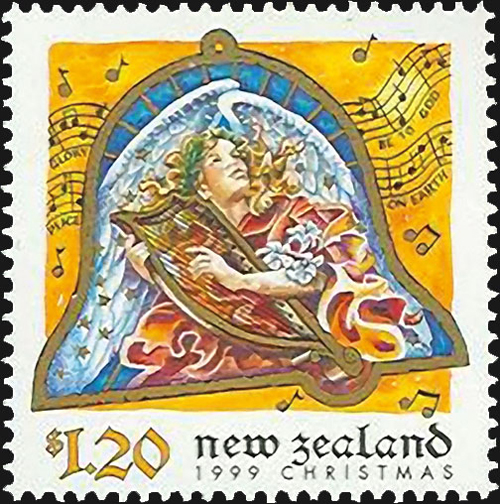 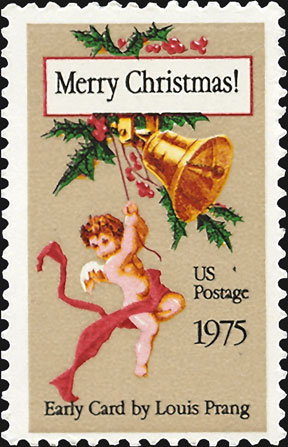 The ringing of bells has served many purposes throughout history. Bells have been rung as warnings, as a call to action, as symbols, as part of a ritual, and simply to create a joyful noise.

Bells are used as decorations during the Christmas season, and they have found their way on many of the world's Christmas stamps.

Figure 1 shows the first United States Christmas stamp to prominently feature a bell in the design, the nondenominated (10¢) stamp (Scott 1580) issued in 1975. The design, taken from an early Christmas card by artist Louis Prang, features a cherub ringing a bell festooned with holly.

This common stamp is interesting for a number of reasons. That it is nondenominated is a curiosity, because the 10¢ letter rate had been in effect since 1973. Why create a non-denominated stamp if the rate had not changed for two years?

As it turned out, the postal rate increase did not occur when expected and the nondenominated Christmas stamps were sold at the old 10¢ rate. The delayed rate increase to 13¢ occurred in early 1976.

The 1975 stamp showing the Prang Christmas card exists with three different Scott-listed perforation measurements, gauging 11.2, 10.9, and 10.5 by 11.3, respectively, a result of some stamps being perforated on the Andreotti press during printing, while others were perforated by a different machine after printing.

New Zealand issued six different Christmas stamps in 1999. Each design shows a scene from the biblical account of the Christmas story within a shape resembling an ornament that would hang on a tree.

The tinkling of sleigh bells inspired the song Jingle Bells, which is not really a Christmas song, but in the Northern Hemisphere, December is the only time of the year one is likely to hear it.

The Australian 5¢ Christmas stamp (Scott 429) in Figure 5 depicts Gothic arches but also shows Christmas bells. Do you see them? The flowers in the center of the arches are commonly known as Christmas bells (Blanfordia grandiflora).

The flowers, a protected species, grow in eastern Australian along the coastline and bloom from November through February. Because they are protected, you must have a license to pick Christmas bells in Australia.

The stamp, the lower denomination in a two-stamp set, was issued in 1967.

This is a common stamp with varieties that are fun to find. These varieties appear as an intensified blue color within the arch on the left side of the stamp.

This type of variety is called a retouch. When printing plates, or cylinders in this case, become worn and no longer print perfectly, they are repaired – retouched – so that the retouched areas of the design will accept ink properly. More ink settles into the retouched areas and is transferred to the stamp paper, resulting in the deeper color where the retouch occurred.

Those floral Christmas bells also appear on an earlier non-Christmas definitive stamp that Australia issued in 1960. This 1-shilling 6-penny stamp (Scott 326) shown in Figure 6 was one of a series of higher denomination regular-issue stamps.

Three of the stamps in the series are printed on yellow paper, including this one. Because the Christmas bell flower has a yellow edge, it worked perfectly and contributed to a simple but stunning stamp.

While discussing non-Christmas bell stamps, it might be a good opportunity to mention bells used as symbols.

The 30-pfennig German stamp (Scott 9N73) shown in Figure 7 was issued for occupied Berlin in 1951. The subject is the Berlin Freedom Bell, given in 1950 to Berlin by the U.S. National Committee for a Free Europe, which operated Radio Free Europe.

The bell was installed in West Berlin's city hall on Oct. 24, 1950. It continues to be rung daily at noon, and coincidentally, at midnight on Christmas Eve and New Year's Eve.

I wish readers of Linn's a happy holiday season. May the bell of peace ring for all of us in the new year.