Postage due stamps: giving credit where credit was due 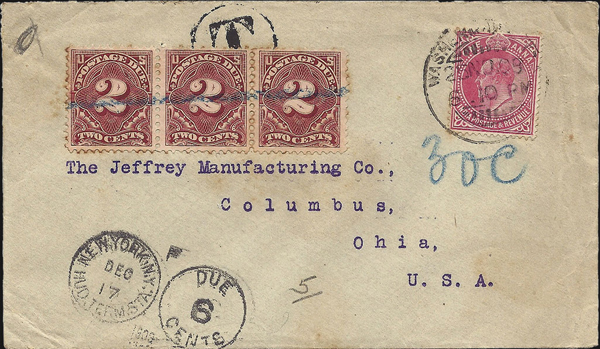 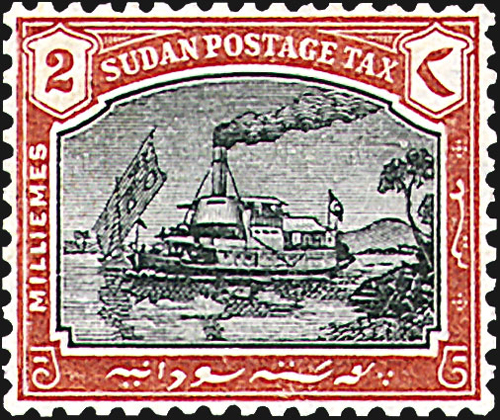 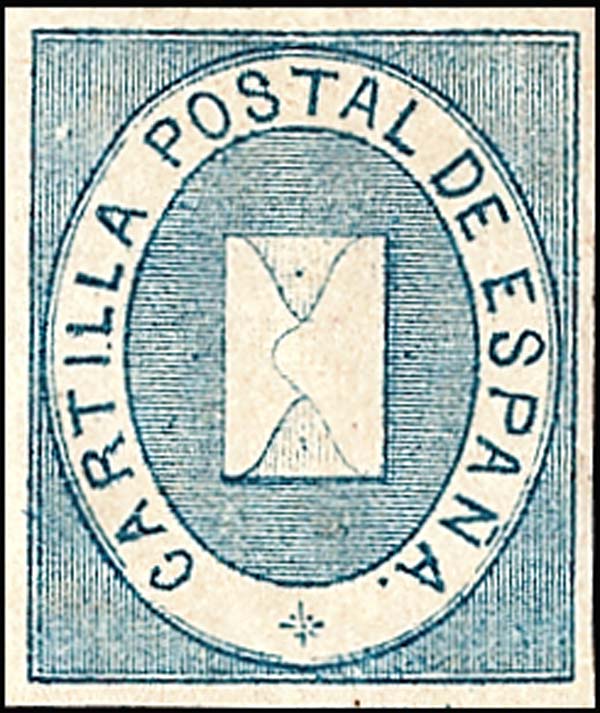 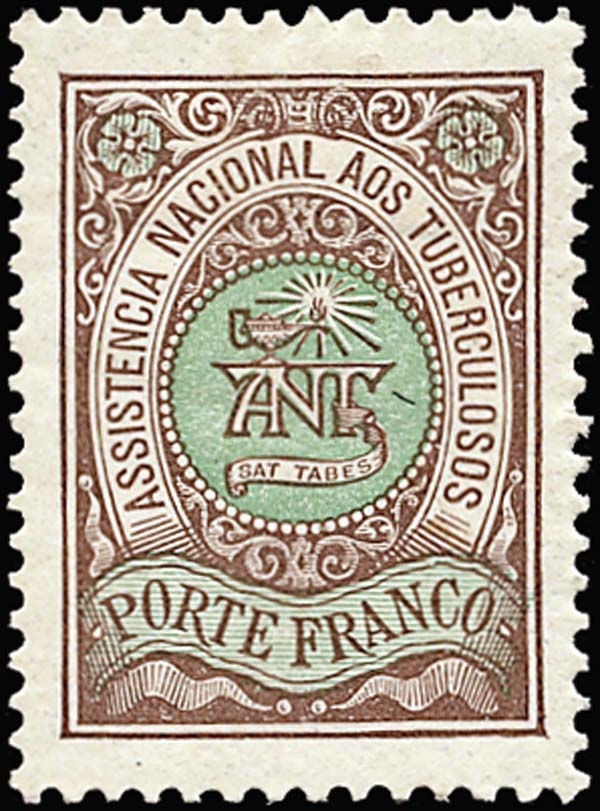 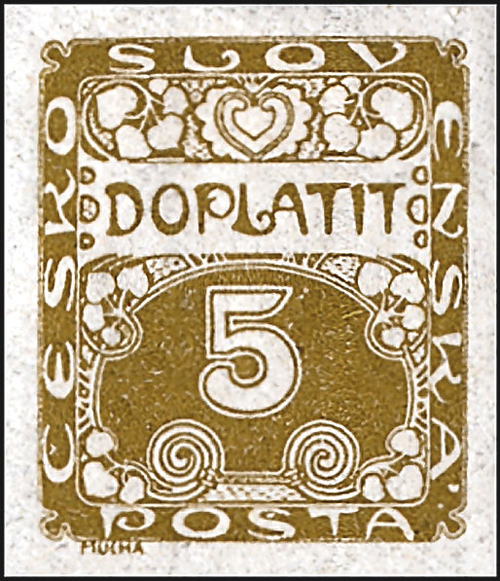 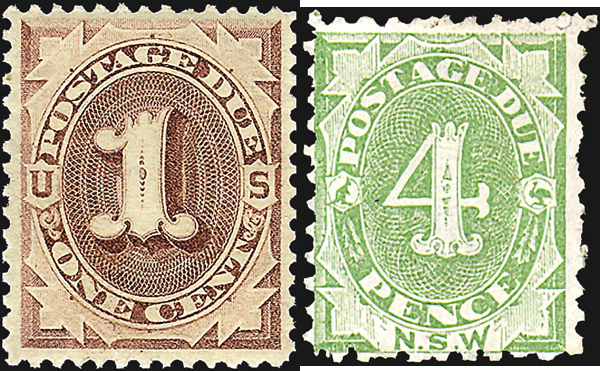 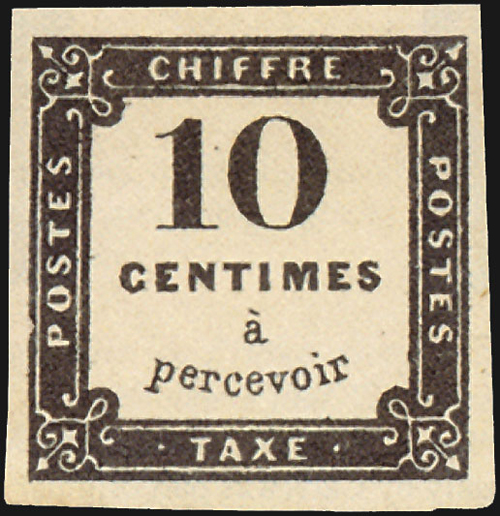 Lying deep within the pages of your stamp albums and catalogs are hundreds of unappreciated sticky rectangles otherwise known as postage due stamps.

In a sense, they are the reverse of postage stamps, because their appearance on an envelope or parcel means payment of sufficient postage for service has not been made.They are not postage stamps because they don't indicate payment has been made for the service of delivering the mail.

Most postage dues have a utilitarian appearance – perhaps a bit of scrollwork and a number signifying how much postage was unpaid or shortpaid and therefore due the post office, which the addressee is normally expected to pay. In most instances, postage due markings or stamps are applied to shortpaid mail at the receiving post office.

The United States 1¢ postage due stamp (Scott J1) shown at left in Figure 2 is from the first set of U.S. postage due stamps issued in 1879. Look closely at the design. There is a large central numeral of value within an oval. The oval bears the country name in the top arc and the denomination spelled out in the bottom arc. On each side of the oval is a shield, with the letter "U" in the left shield and "S" in the right shield. The corners bear geometrical designs.

Although these stamps have a bit more decoration, they were still stolidly functional. That began to change slowly.

Figure 3 shows a 5-haleru postage due stamp (Scott J1) issued by Czechoslovakia in 1918. The lower left corner has a tiny inscription that identifies the stamp's designer — "Mucha" — or to be more precise, Alphonse Mucha. Mucha was a Czech artist and one of the preeminent artists working in the Art Nouveau style at the turn of the 20th century.

Art Nouveau and its swirling, organic lines fell out of favor around the time these stamps were issued. The style enjoyed a brief resurrection in the late 1960s when hippie movement posters were created borrowing from this earlier style. Ironically, looking at these postage dues from 1918 reminds me of 1968.

Even though the Czechoslovakian postage due stamps were a little more flamboyant than those that came before them, they still consisted of a bit of scroll work and a large numeral that represented the amount of postage yet to be paid. Postage due stamps were eventually going to become much more ornate.

Figure 4 shows one of the flashiest postage due stamps. Issued by the Portuguese protectorate of Nyassa in 1924, this engraved ½-centavo triangular stamp (Scott J1) features a giraffe. There were nine stamps in this set of postage dues. All are equally beautiful and blessedly inexpensive, making them an eye-popping addition to any collection.

Some nations printed postage due stamps in two or more colors. Figure 5 illustrates a 1-centime Numeral stamp issued by Switzerland in 1910 (Scott J35). The design of flowers blooming in the foreground with the Alps in the background is very attractive, and the style is reminiscent of Art Nouveau. The main portion of the design is blue-green and the numeral, emblem and flowers are printed in red.

Like commemoratives and other flashier stamps, postage due stamps can sometimes offer a glimpse into a time and place that no longer exists.

The 1901 Sudanese 2-millieme Steamboat on the Nile River postage due stamp (Scott J5) shown in Figure 6 conveys a scene from the past.

Postage dues were meant to be functional. Some collectors love filling the spaces in their albums with mint examples, but to show the functionality of postage dues stamps, they really have to be seen on cover.

Figure 7 shows a cover underpaid in India for delivery to the United States in 1909. A handstamped marking in New York notes that the postage due was 6¢. The addition of three U.S. 2¢ Numeral postage due stamps (Scott J39) canceled with a blue crayon line that runs through the center of the stamps, indicates that the addressee paid the fee.