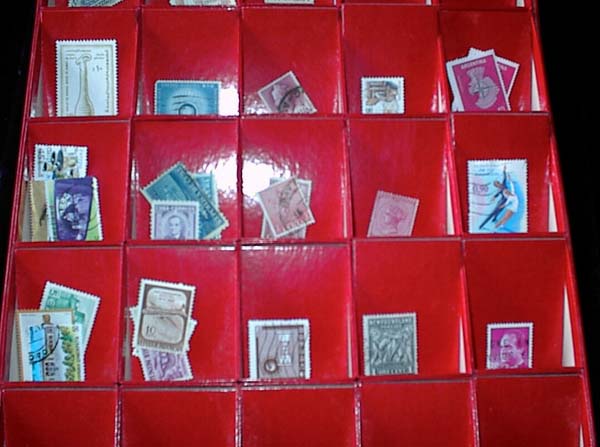 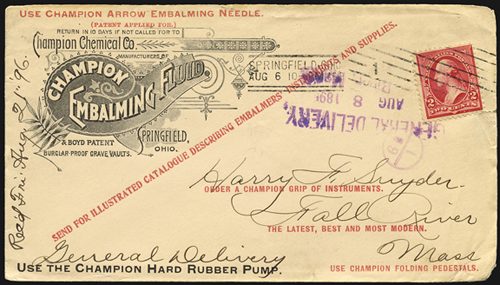 Figure 1. An advertising cover for Champion Embalming Fluid mailed from Springfield, Ohio, to Fall River, Mass., on Aug. 6, 1896.
Previous
Next

A cover is an envelope or card, usually one that has been mailed. Folded letters that were addressed and mailed without an envelope and the wrappers from mailed newspapers or parcels are also covers.Most cover collectors started out as stamp collectors. When stamp collectors expand or shift their collecting emphasis to covers, a whole new lexicon of collecting terms comes into play.

A front is the address side of a cover that has been detached from the rest of the envelope. It is always better to save the entire cover, but some older covers exist only as fronts. Sometimes collectors cut down large parcel wrappers and save just the front, being careful to preserve all the postal markings and stamps on the retained piece.

The cover is franked with a 2¢ George Washington stamp (Scott 252). To frank is to affix a stamp or marking to a mailpiece to indicate payment of or exemption from payment of postage.

A cancellation is a mark placed on a stamp by a postal authority to deface the stamp and prevent it from being reused.

There are two parts to the cancellation on the cover shown in Figure 1.

To the left is the postmark, which gives the date and place where the cancellation was applied. In the past, the postmark was normally applied at the post office where the letter was originally mailed. Nowadays most cancellations, especially in the United States, are applied at regional processing facilities.

A postmark can also serve as a cancellation, when it is applied directly to the stamp. Cancellations that do not include a postmark with the date and place of mailing are called mute cancels.

There are manuscript, machine and handstamp cancellations.

Manuscript cancellations are handwritten with a pen or marker.

Machine cancellations, such as the one on the cover shown in Figure 1, are applied by a canceling machine that applies the postmark and the cancel from changeable dies indicating the date and place of mailing.

A handstamp is a hand-held device used to apply a cancellation or a postmark. When both the cancellation and postmark are held by the same device, it is called a duplex cancel.

The cover shown in Figure 1 is an advertising cover. The front of the cover is used to advertise commercial products produced by the Champion Chemical Co.

Chief among these is Champion embalming fluid, which figures prominently in the corner card. A corner card is the printed name and address of the sender. Corner cards can run the gamut from plain to elaborately illustrated.

Other products featured in the corner card are Champion Arrow embalming needles and burglar-proof grave vaults.

The Champion hard rubber pump is advertised in a printed line at lower left, while a line of printing in red runs diagonally between the corner card and the address, inviting the customer to send for the illustrated catalog of embalming instruments and supplies.

General delivery was a service whereby recipients could go to the post office and pick up their mail, rather than having it delivered to an address. It was often used to send mail to travellers who were expected to be passing through a given location, and who would call at the post office to pick up any mail that might have been sent to them there.

Another auxiliary marking, a "General Delivery, AUG 8 1896 Fall River Mass" handstamp in purple ink, is applied below the cancellation and stamp, upside down in relation to the cover. Part of this marking also ties the stamp to the cover. Another auxiliary marking, a small bisected circle "GD/1" handstamp, is just below the larger general delivery handstamp.

The end of the story of this piece of postal history comes from the manuscript notation written along the left edge of the cover front, "Rec'd Fri., Aug. 21 '96." The addressee evidently called for his mail at the post office on that date and received this letter.