Create a personalized collection with your favorite stamps 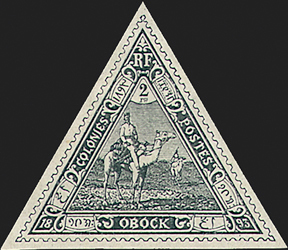 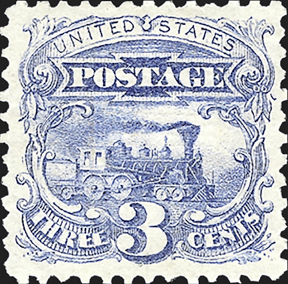 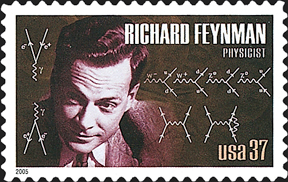 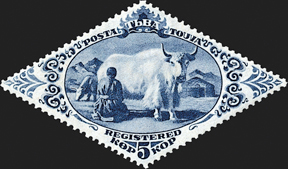 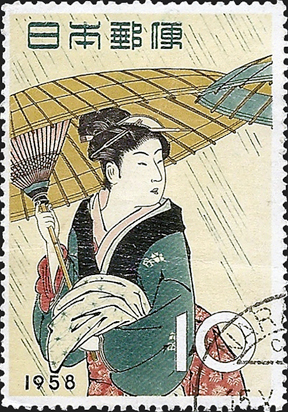 Do you have a favorite stamp?

If you are like me, you probably have many favorite stamps, at least one for every country you collect. If those favorites are scattered throughout several albums, it isn't so easy to enjoy them.

Instead of keeping all your favorites hidden in multiple albums, what is stopping you from putting them together into a single album?

This can be done in many satisfying ways. If you have multiple examples of your favorite stamp, you can leave one in the album it is in now, and another can go into the "My Favorite Stamp" album you will be creating.

The easiest way to form this type of collection is to use a stock book and insert the stamps into that single volume. Any time the mood strikes, you can pull out the volume and gaze upon all of your favorite stamps in one place.

If you want to make an album and make it more personal, add some history of the stamps to it.

You can mount the stamp on an album page and write, type or use a computer and printer to add some background about each stamp in your collection and any personal story about it.

That could include the reasons why you like the stamp so much.

Maybe your personal story is more about where or how you got it.

For example, if you acquired a stamp you had long coveted at a stamp show, you could write a sentence or two about that. It is often the thrill of the hunt that makes a stamp memorable.

Within the confines of my own favorites album is the Japanese 10-yen Woman with Umbrella Woodcut by Kiyonaga stamp (Scott 646) stamp shown in Figure 1. The stamp was issued in 1958, part of a series of stamps issued annually for Stamp Week.

I have owned this Japanese stamp since 1958. Even though the stamp is beautiful, the way I acquired it is why it is still a favorite 53 years later.

Like so many stamp collectors, I began collecting stamps as a youth. I scrounged everywhere I could to find stamps for my collection. My mother's best friend asked her cousin to send a little girl she knew some stamps.

My mother's best friend's cousin was the singer and actress Doris Day.

One day a parcel arrived for me from California. When I opened it, there was an autographed picture of Day and a riot of colorful stamps torn from her fan mail. This was one of those stamps – my favorite then, and still a favorite now.

That stamp has a personal history that makes it special, but only to me.

Other stamps have stories of their own that make them special and favorite worthy.

Tuva is located in central Asia, lying between Siberia and Mongolia. Today, it is a republic in the Russian Federation. But, as the People's Republic of Tuva, it was an independent republic from 1921 to 1944, during which time, it issued its own rather fantastic postage stamps.

The one illustrated here shows a Tuvan woman milking a yak. You don't see that on many postage stamps. But this is not the reason why this stamp is among my favorites.

The stamps issued during Tuva's independent period were collected by a boy in the 1930s. That boy, Richard Feynman, grew up to be a famous physicist who was commemorated on a 2005 United States 37¢ postage stamp (Scott 3909), shown in Figure 3.

In his later years, Feynman remembered those stamps he had enjoyed as a boy and thought it would be a great adventure to journey to Tuva. He wrote a book about the quest titled Tuva or Bust.

On You Tube you can view a hilarious, true video story on this subject called Justin Goeres shares the story of Richard Feynman and Tanna Tuva.

You can find the story on the Internet at www.youtube.com/watch?v=GCos0VBXrwc.

You Tube also has a series of videos made by Feynman himself, in which he discusses his quest to visit Tuva.

Search the You Tube site for "Feynman Tanna Touva" and you will find the whole series.

After watching them, stamps from Tuva might suddenly be among your favorites as well. If you love adventure, you will love these videos.

Figure 4 shows my favorite U.S. stamp, the 3¢ Locomotive stamp (Scott 114). When this stamp was issued in March 1869, a locomotive was as high tech as it got.

The transcontinental railroad was barreling along towards completion in November of that year. The railroad opened the West for expansion and changed the face of our nation.

The stamp is still fairly common, and thus is affordable even for modest stamp budgets. The Scott Standard Postage Stamp Catalogue values an unused original gum example at $250 and a used example at $17.50.

All of these are good reasons to love the budget-minded stamp of the famous 1869 issue.

Many varieties of this stamp were grilled with a screen pattern pressed into the paper, breaking the fibers to allow cancellation ink to soak in. That made it more difficult to remove a cancel and reuse the stamp.

The 3¢ Locomotive stamp definitely has a lot going for it.

Some of my favorite stamps demonstrate developments in stamp production.

In the 1890s, Obock and Somali Coast, French colonies in Africa, both issued flashy stamps, some of which were diamond shape or triangular shape. For example, the Obock 2-franc Camel and Rider triangle stamp (Scott 44A) is shown in Figure 5.

The fascinating thing about these stamps is that, though imperforate, they have simulated perforations printed on them around the stamp design. This gave them the then-modern look of perforated stamps at no additional production cost, although the utility of those printed perforations was nonexistent.

Sharing your favorite stamps is a great way to help promote our hobby and it is something simple that everyone can do.