Stamp collecting terms have changed greatly over the years 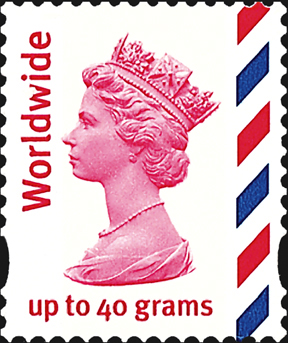 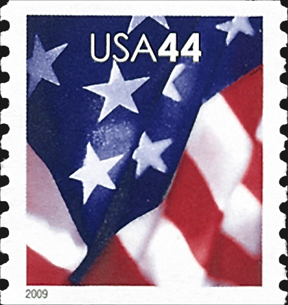 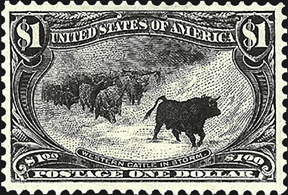 Stamp collectors have a name for everything.

Getting the name right so that other collectors know what you are talking about is useful, even though "thingamajig" and "doohickey" may be the first expressions that come to mind.

The design of the stamp is described in the Scott Specialized Catalogue of United States Stamps and Covers as "Western Cattle in Storm," and the stamp's nickname is Cattle in the Storm, referring to the central design, or vignette.

The design, however, was taken from a painting named The Vanguard by Scottish artist James McWhirter. In fact, the cattle in the painting – and on the stamp – are moving through the snowy western highlands of Scotland. But honestly, the cattle, hills and the snow could look much the same on the Great Plains in the United States.

Nevertheless, this U.S. stamp is beloved by many who consider it to be the most beautiful stamp of all. It is indeed an attractive stamp, and it is composed of many parts that work together to add to its beauty. Those parts all have names.

In the lower left and right corners within a scrolled ribbon the value appears as "$100." The value again appears in a long rectangular tablet at the base of the stamp design, where it is spelled out as "POSTAGE ONE DOLLAR."

The country name inscription, spelled out as "United States of America," is contained within a banner at the top of the stamp.

The value tablets, scrolled ribbon, and country-name banner all form a part of the frame. The frame also has design elements that support and enhance the vignette. On this stamp, there are ears of corn just above the scrolled ribbons in the bottom two corners, and stalks of wheat above the banner at the top of the stamp.

That is just one stamp with many named parts within the design, but those parts keep reappearing. Today's stamp designs are much less fussy and tend to lack scrolled ribbons, value tablets, and even the simplest of frames.

Modern design may lack many of those ornamental features, but modern technology has added a host of new terms that may baffle collectors.

The only banner on this stamp is the star-spangled one.

The "USA" and 44¢ denomination are the only two additional elements of the stamp design, but a quick check of the description in the Scott specialized U.S. catalog will unveil many new terms that would sound like a foreign language to a collector in 1898 who had just purchased a $1 Cattle in the Storm stamp at his local post office.

Terms such as serpentine die-cut, self-adhesive, and tagged were not in use in 1899.

Die cuts have virtually replaced perforations as the standard method of separating stamps. The die cuts, which pass all the way through the paper between adjoining stamps, allow the user to easily remove self-adhesive stamps from the pane or coil strip.

Die cuts are made by a metal blade called a die that is pressed down to cut through the stamp paper, but which leaves the backing paper intact to hold the pane or strip together. Die cuts can be straightline, syncopated, elliptical, simulated perforation, cut-to-shape or serpentine.

The wavy edges of serpentine die-cuts are intended to loosely resemble the perforation teeth of yore. In fact, many people still refer to die cuts as perforations, but this is not technically correct.

The gauges of simulated perforation and serpentine die cuts can be measured in exactly the same way as perforations.

The British nondenominated (£1.12) Queen Elizabeth II airmail stamp (Scott C2) shown in Figure 3 has both gauge 14¾ by 14 simulated perforation die cuts, plus two syncopated die cuts near the bottom of both sides of the stamp.

There was a time when stamps were affixed to envelopes using a moisture-activated adhesive that was applied to the backs of the stamps. This adhesive was known to stamp collectors as gum.

Most stamp users would moisten the back of the stamp with a simple lick of the tongue. That moisture activated the adhesive, which allowed the stamp to be affixed to the envelope.

Today, nearly all new U.S. postage stamps and many worldwide stamps are issued as self-adhesives. This term means the sticky stuff on the back of the stamp does not need moisture to make it work.

It might be difficult for those of us who have been collecting stamps for decades to realize, but many young people today have never seen a postage stamp that had moisture-activated gum. Some have never even mailed a letter!

Tagged stamps have been around since the mid-1960s. Tagging is a coating of phosphorescent ink on the stamps that glows when subjected to ultraviolet light.

In the mid-1960s, the U.S. Post Office Department and the postal administrations of other industrialized nations saw a sharp rise in mail volume and sought ways to speed the processing of mail.

Equipment was developed that would flip thousands of pieces of mail into the proper position to receive a postmark. This process is called facing. The facing process and subsequent postmarking are triggered when the machine senses the stamp's location on the envelope as it glows from exposure to an ultraviolet light.

It is not unusual to run across an unfamiliar stamp collecting term. Fortunately, the introductory pages in all of the Scott catalogs explain many terms used by collectors.

A comprehensive stamp glossary is maintained by the Collectors Club of Chicago on their "Ask Phil" web site at www.askphil.org.

While you peruse the glossary, check out the other information found on the Ask Phil site. There are even mini-courses you can take for free in the Ask Phil Academy.

There are thousands of technical terms used in our hobby. It is easy to become perplexed, especially when talking about stamps with a new collector.

If you sometimes get confused with similar or infrequently used terms, you can just bet that the new collector you are speaking with is also getting confused. Try not to overwhelm a new collector with too much technical language.