How to travel at home: see world's national parks on stamps 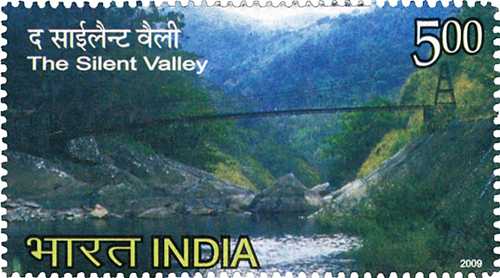 Silent Valley National Park, containing the last rainforest in India, was honored on a stamp in 2009. 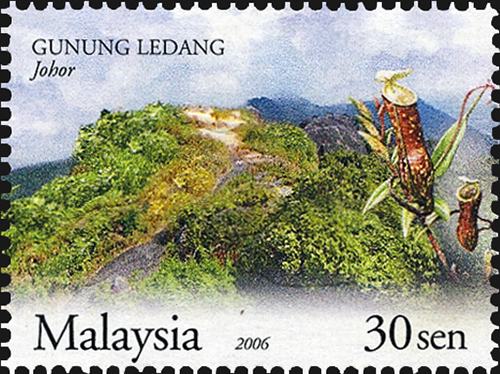 Gunung Ledang National Park in Johor, Malaysia, was shown on a Malaysian stamp issued in 2006. 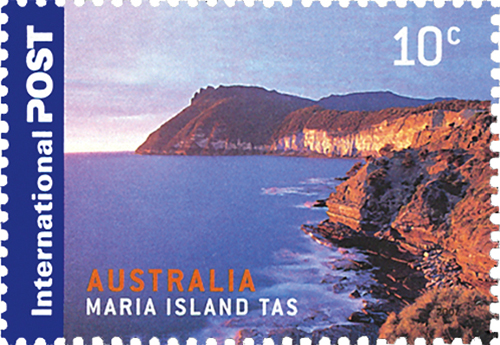 Maria Island National Park in Tasmania is a preserved area with no vehicles permitted. 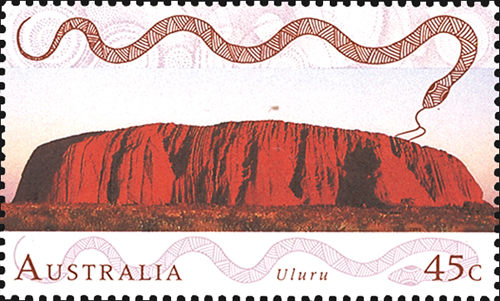 Uluru/Ayers Rock, in one of Australia's national parks, appeared on Scott 1311. 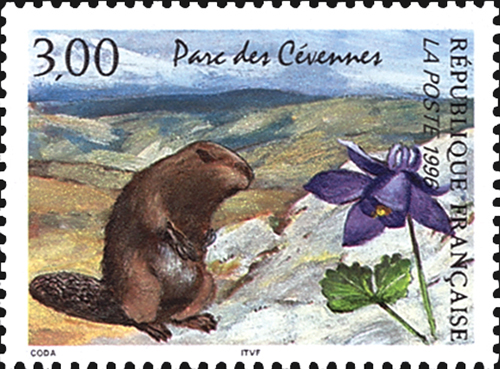 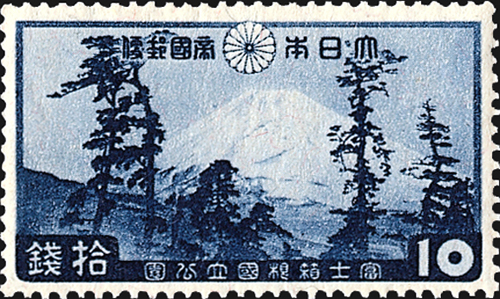 From a 1936 Japanese set, one of a set of four views of Mount Fuji, with the sacred mountain as seen from Mishima. 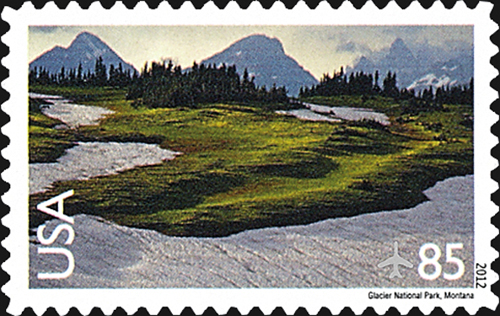 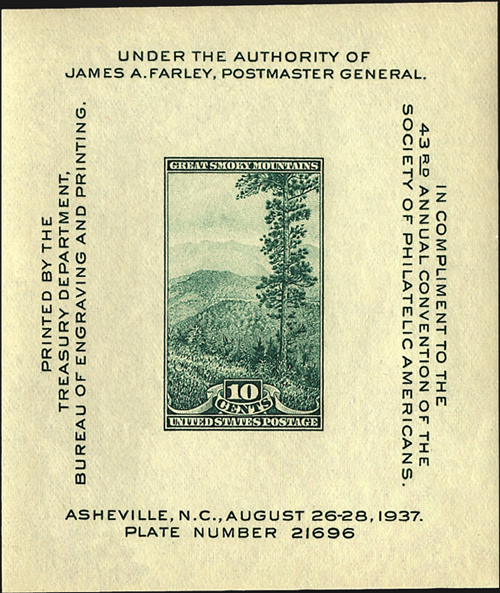 A souvenir sheet for the Great Smoky Mountains National Park was issued in 1937. 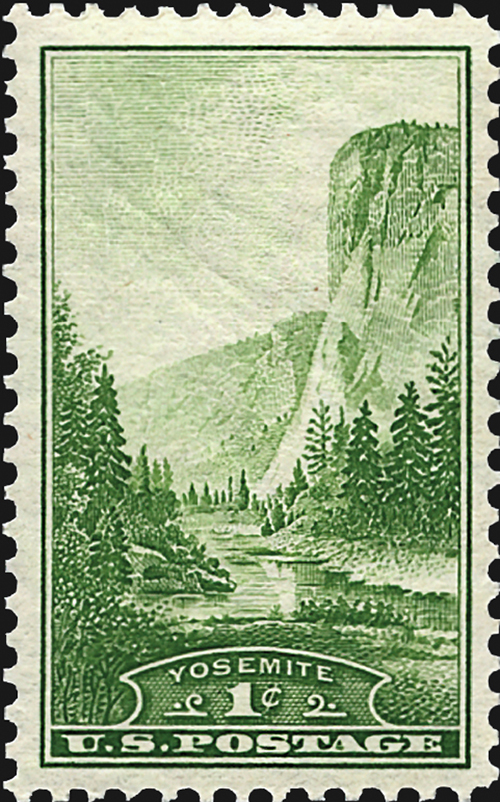 The first United States stamp commemorating a national park was issued in 1934 and shows El Capitan in Yosemite.
Previous
Next

It is the time of the year when multitudes of Americans get in their cars and head for a national park. Millions will visit Yellowstone, Yosemite, the Great Smoky Mountains or any of the 59 Congressionally designated parks that are scattered throughout the United States and its territories.

Even if you are not visiting any of the national parks, buying the passports and labels is a fun way to learn about the parks as an armchair traveler. More information is available online at http://passport.eparks.com/store.The National Park Service has a passport program, begun in 1986, that allows the holder to paste a stamplike gummed label (poster stamp) on the appropriate page of a booklet and then have it "canceled" at the park. New stamps are issued each year, so return visits to the same park can be commemorated with new stamps.

Some readers might say that "poster stamps" are not real stamps. That is true, you cannot mail a letter with them. The national park poster stamps are part of a branch of the hobby called "cinderellas," adhesives that look like stamps but have no postal validity.

The United States issued a set of stamps for National Parks Year in 1934, beginning with Scott 740 (Figure 1), which depicts El Capitan in Yosemite.

Ten single stamps showing scenes in as many different parks were issued individually between July and October 1934. Two souvenir sheets (750-51) were also issued that year at stamp shows in Atlantic City, N.J., and Omaha, Neb.

In 1937, a third souvenir sheet (Figure 2, Scott 797), for the Great Smoky Mountains National Park, was issued at a stamp show held in Asheville, N.C.

Things got complicated when collectors discovered that Postmaster General James A. Farley had provided imperforate examples of certain stamps, including the National Parks issues, to President Franklin D. Roosevelt, who was a stamp collector, and a few other people.

Making amends, the U.S. Post Office Department reissued the imperforate stamps and made them available to the general public. The reissued "special printings" are collected in a variety of formats including gutter pairs and blocks, arrow blocks, line pairs and so on. These stamps have become known as "Farley's Follies."

The U.S. Postal Service has issued other stamps for America's national parks. The Scenic American Landscapes airmail series, for example, which began in 1999, has included iconic images from the Grand Canyon, Acadia, Great Smoky Mountains, Bryce Canyon, Zion, Voyageurs and Glacier National Parks, among others.

A national parks collection can be international, as the United States is not the only nation that has philatelically honored its parks.

Japan issued its first National Parks stamps in 1936, with four different views of its most famous natural wonder, Mount Fuji, in the Fuji-Hakone-Izu National Park (Scott 223-26). Figure 4 illustrates the 10-sen dark blue stamp from this set, depicting Mount Fuji as seen from the city of Mishima. Other Japanese national parks and protected parklands also have graced their stamps throughout the years.

Australia has an astounding 500-plus national parks. Uluru-Kata Tjuta a National Park contains the most famous and most photographed landmark in Australia, Uluru/Ayers Rock (as it was officially designated in 2002), an enormous sandstone formation sacred to the indigenous Australian people and located almost in the center of the Australian continent.

A UNESCO World Heritage Site, Uluru is shown in Figure 6 on Australia Scott 1311.

The stamp pictured in Figure 7, Australia Scott 2627, features Maria Island in Tasmania. All of Maria Island is a national park, accessible only by ferry with no motor vehicles permitted.

There are so many national parks in Australia that finding them all on stamps is unlikely, but collecting those that have been issued so far – and there are many – is a beautiful and interesting introduction to the diversity of the Australian continent.

Silent Valley National Park, located in Kerala, South India, and considered to be one of the last undisturbed tracts of natural rainforest in India, is honored on a 2009 Indian stamp (Scott 2373, Figure 9). The beautiful image certainly can make you wish you were there.

Gathering the world's national park stamps is a form of topical or thematic collecting, and there are many ways a collection like that can be organized: by continent, by country, by topography, or in any other manner that might appeal to you.