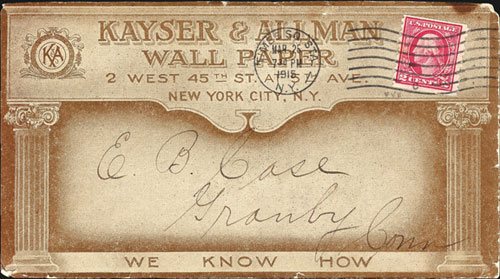 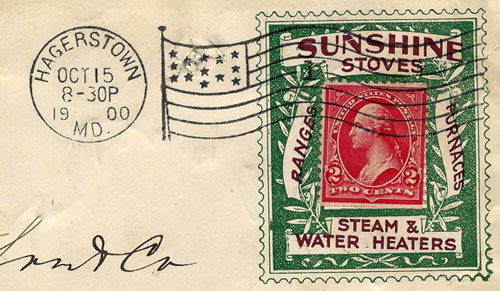 Figure 4. Advertising collars form a frame around the stamp. This piece advertising ranges, stoves, furnaces and water heaters was mailed from Hagerstown, Md., in 1900. 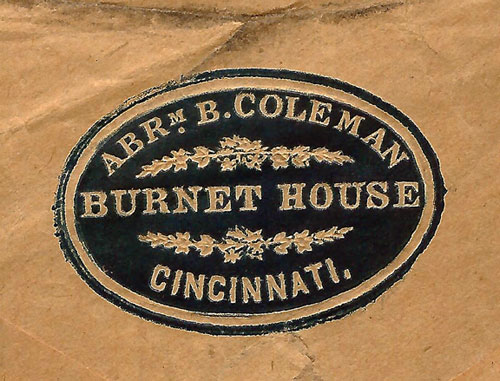 Figure 3. This cameo advertisement is on the back of a cover sent from the Burnet House hotel in the early 1850s. 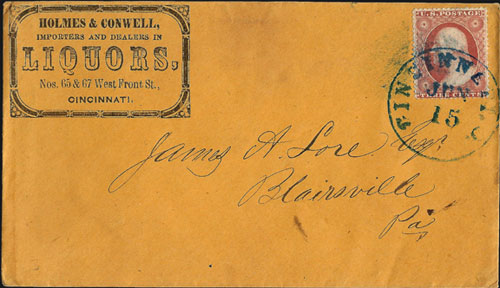 Figure 2. A Cincinnati liquor importer used a corner card in the 1850s to draw attention to the company's products. 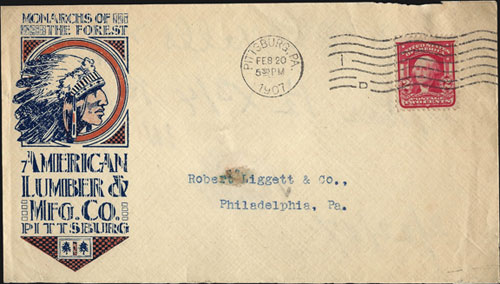 Figure 1. The colorfully detailed image of a Native American chief promotes a Pittsburgh lumber company on a 1907 cover.
Previous
Next

Stamp collecting is somewhat akin to time travel. Select any stamp or cover from your collection and close observation of it can transport you back into the time period it represents.

For this reason, many collectors are attracted to illustrated advertising covers, but these covers also are appealing in a collection in many ways.

For example, a topical collector, one who collects stamps or covers according to their subject matter, might be intrigued by the illustrated advertising cover shown in Figure 1 because of the depiction of a Native American chief in his fabulous headdress.

This cover, sent in 1907 from Pittsburgh, Pa., (at the time, spelled "Pittsburg") certainly would display nicely in a topical collection of American Indians.

This cover also would work in a collection of a city's postal history, mail originating from or going to the city, or because of the product being advertised.

The sender is the American Lumber & Mfg. Co. and so a collector who was pursuing the lumber industry, or even trees, as a topical collection would appreciate this colorful cover.

There are several kinds of illustrated advertising covers. The earliest are called corner cards and generally have the name and address of the company that sent the cover. Figure 2 shows a corner card dating to the early 1850s for a company in Cincinnati that imported liquors.

At the same time when corner cards were coming into use, a fancier type of illustrated advertising covers became popular. They are called cameo covers because the illustrations have an appearance similar to cameo jewelry, which has an image in a frame, usually oval or round.

Cameo illustrations are generally oval or, less commonly, shield shaped. They are usually blue or black with unprinted embossed lettering, as shown in the cropped image in Figure 3.

But the heyday of illustrated advertising covers began when offset lithography presses became available in the 1870s and designers became very creative and took full advantage of the printing method. That creativity manifests itself in several advertising cover categories that constitute yet another way to collect them.

Figure 4 is a crop of an illustrated advertising cover known as an advertising collar. The printed illustration forms a frame into which the stamp is affixed, giving the stamp a colorful surround or collar.

This advertising cover was sent from Hagerstown, Md., in 1900, and promotes household appliances and steam water heaters.

Another category is known as trompe-l'oeil, French for "deceive the eye." In this art technique, the image is printed to look dimensional even though it is flat.

Figure 5 shows a trompe-l'oeil advertising cover for wallpaper, sent from New York City in 1915. Two pillars support a decorative cornice, and shading behind the pillars and cornice creates an optical illusion that the architectural pieces are in the foreground against a background wall.

This trompe-l'oeil cover also falls into another category of illustrated advertising covers known as "all over design," since the design fills the entire front of the cover.

Clever colorful ads attracted attention and improved business, and still do. These 19th and early 20th century illustrated advertising covers take us back to a time when ads were quietly printed, as opposed to today's television, radio and Internet aural and visual bombardments.

They are reminders of simpler times and beautiful items for a collection.