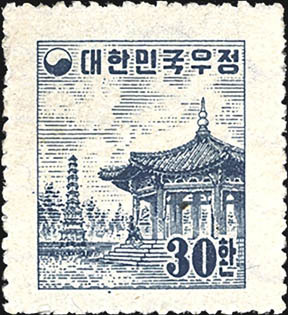 Several nations, including the United States, issued stamps commemorating International Polar Year in 2007. This group issuance, referred to as an omnibus, is usually not considered a joint issue.

Stamps from Canada and the United States issued in 1977 to commemorate the 50th anniversary of the Peace Bridge that connects Fort Erie, Ontario, and Buffalo, N.Y. Although this is a joint issue, the designs of the two stamps are quite different. 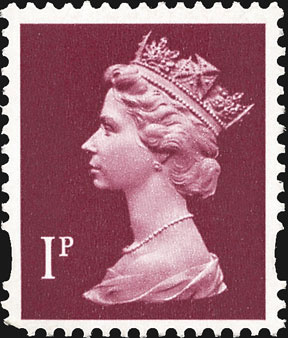 Joint issue stamps from Poland (left) and Vatican City (right) were issued in 2000 to celebrate the 80th birthday of Pope John Paul II.
Previous
Next

Joint stamp issues are created when two or more postal administrations enter into an agreement to issue stamps commemorating the same chosen subject.

This advance planning and agreement between the postal administrations is what identifies this as a joint issue.

In this example, the designs of the stamps in both sets are nearly identical.

All were designed and engraved by Czeslaw Slania and have the same basic design features. The country names and some of the text on each stamp is different.

Less commonly, the designs of the stamps in a joint issue might be quite different.

That's true for the 1977 joint-issue Peace Bridge stamps from Canada and the United States.

The 12¢ stamp from Canada (Scott 737) shows a multicolor lithographed view of one section of the bridge.

The single-color engraved 13¢ U.S. stamp (1721) uses a design that shows more of the bridge, with a dove above it.

In most instances, the two nations collaborate on the design, with each country issuing a stamp or stamps that closely resemble the stamps of the other country.

The first joint issue for the United States was in 1959 with Canada to mark the opening of the St. Lawrence Seaway.

Since then, the United States has taken part in about 40 joint issues with countries from all over the world.

The table on page 33 provides details of those U.S. joint issues, including the issue dates, Scott catalog numbers for the stamps, and an indication of whether the stamps share similar designs or are quite different.

This sheet is part of an omnibus issue, where several countries participate in issuing stamps centered around a common theme.

Another form of omnibus issue is the annual Europa stamp issue, which involves dozens of countries from Europe issuing stamps with a prearranged theme each year.

Additional countries issued their own International Polar Year souvenir sheets around the same time, including Bulgaria, Japan and Portugal.

Though the concepts are very similar, omnibus issues involving a lot of different countries are often considered different from joint issues.

Still, collectors interested in joint issues might well find such omnibus issues appealing enough to include in a collection.

Some stamps that appear to be joint issues are simply the result of two countries coincidentally issuing stamps commemorating the same subject at the same time.

Italy (where Fermi was born) issued an 800-lire stamp on the same day (Scott 2424), although the design is not the same as that on the U.S. stamp.

The two countries did not collaborate on this issue. They both simply chose the same date — the 100th anniversary of Fermi's birth — to issue their own stamps for the famous scientist.

Again, a collector who enjoys stamps of this sort might choose to add these items to his collection.

Each page has space for the U.S. stamp and for the corresponding foreign stamp.

The Joint Stamp Issues website online at www.jointstampissues.net is also a useful resource for the collector interested in joint-issue stamps.