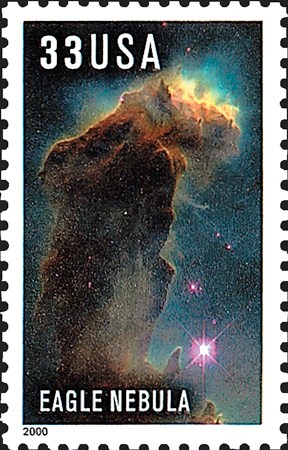 Figure 9. The Eagle Nebula was captured by the Hubble Telescope on a U.S. 2000 33¢ stamp, and enhances a hobby astronomer's collection. 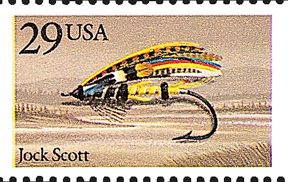 Figure 8. One of a set of five, this U.S. 1991 29¢ Jock Scott Fishing Fly stamp brings images indoors of a favorite outdoor sport. 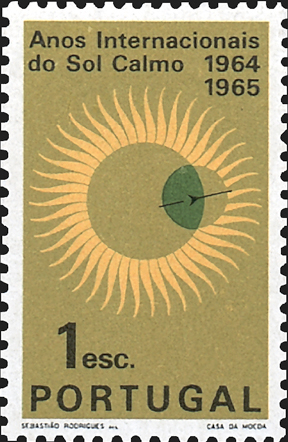 Figure 7. Continuing the song represented by the stamp in Figure 6, this 1964 stamp of Portugal shows a partial solar eclipse. 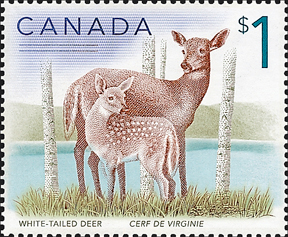 Figure 6. This Canada 2005 $1 stamp could represent the first line of a beloved song from a famed musical. 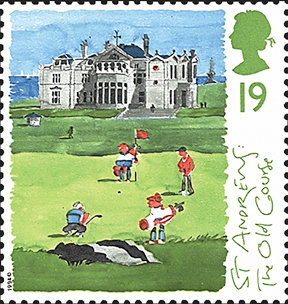 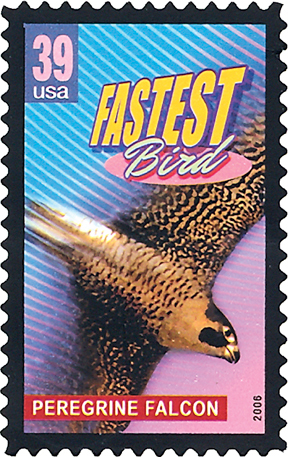 Figure 4. Bird lovers will find multitudes of stamps depicting avians, such as the U.S. 2006 39¢ stamp of a peregrine falcon. 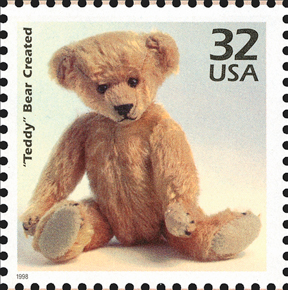 Figure 3. The teddy bear on this 32¢ stamp from the United States Celebrate the Century series would augment a collection of teddy bears on a shelf. 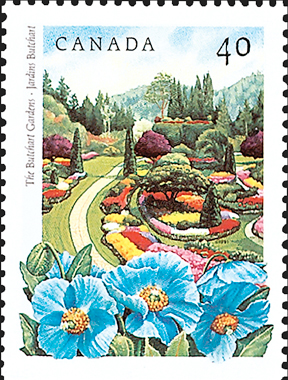 Figure 2. A gardener might add Canada's 1991 40¢ stamp for Butchart Gardens to a multi-hobby topical collection. 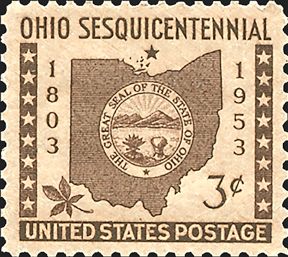 Figure 1. One of many U.S. stamps for state anniversaries, this 3¢ issue marked Ohio's sesquicentennial in 1953.
Previous
Next

Many stamp collectors also are coin collectors. It is likely that their appreciation for history is the underlying force that provides the connection. Those who collect both stamps and coins hold history in their hands.

The United States Mint began issuing a 25¢ coin for each of the states in 1999. This set up a perfect opportunity to conjoin stamps and coins in an easily acquired collection.

The coin-collector (or numismatic) part of the project could expand to select quarters manufactured at both the Philadelphia and Denver Mints, as well as proof coins.

The stamp-collector (or philatelic) side has many stamps to choose from, including those honoring statehood anniversaries, such as Ohio's 150th anniversary on the 1953 stamp shown in Figure 1 (Scott 1018), in addition to state flags, birds, flowers, heroes, landmarks, etc.

Gardening is another hobby that can be wed to stamp collecting. Albums or scrapbooks containing pressed flowers and leaves can be augmented with stamps that depict them. Take photographs of your garden and gardens that you visit and find appropriate stamps that complement the photos. The 1991 40¢ stamp in Figure 2 shows Canada's Butchart Gardens (Scott 1311).

Figure 3 shows the U.S. 32¢ Teddy Bear stamp issued in 1998 as part of the Celebrate the Century series (Scott 3182k). While a collection of stuffed animals will not fit in an album, an album of stamps, picture postcards and photos of teddy bears would be a fun extension of the collection in very little space.

Birders could add bird stamps to their life list, enhancing the memories of finding a rare species or just continuing the enjoyment of seeing birds in nature. The peregrine falcon is shown in Figure 4 on a U.S. 39¢ stamp issued in 2006 (Scott 4057).

An avid golfer could gather a collection of scorecards. If that golfer also collects relevant stamps, the scorecards and golf stamps could be the beginning of a new way of enjoying both hobbies.

And what if the golfer has played golf in some or all of the U.S. states? Then the quarters could be added, and picture postcards as well. A golfer can think of the quarters as ball markers.

Have you a favorite book, song or movie? Finding stamps to tell the story of the book or movie or illustrate lyrics of a song can be great fun and quite a challenge. Using stamps to illuminate the song Do-Re-Mi from The Sound of Music is an easy way to see how this works. A stamp for the line, “Doe, a deer, a female deer, is shown in Figure 6. Canada issued this $1 stamp in 2005 (Scott 1688).

The next line of the song, "Ray, a drop of golden sun," could be represented by the stamp in Figure 7, a 1964 Portuguese stamp picturing a partial solar eclipse (Scott 934). And on you can go, through the rest of the musical scale in the song. Finding stamps in your collection to match song lyrics also can make a fun family project.

Many people enjoy fishing, and some collect fishing paraphernalia, such as fishing flies, sinkers and floats. Stamps with images of fish and fishing flies can enhance a fishing hobby. A Jock Scott fishing fly on a U.S. stamp (Scott 2546) is illustrated in Figure 8. It is one of a set of five 29¢ Fishing Flies stamps issued in 1991.

Are you a stargazer? These days, telescopes used by amateur astronomers have the capacity to capture amazing digital images of the night sky. A collection of telescopic photographs of our solar system and beyond would be heightened with astronomy-related postage stamps, making a striking combined collection with universal appeal.

Figure 9 shows the Eagle Nebula on a 33¢ stamp (Scott 3384) issued in 2000 as one of a set of five U.S. stamps with images of space captured by the Hubble Telescope.

The combining of two or more hobbies may have the look and feel of a scrapbook collection, and scrapbooking is a hobby in its own right, as simple or as complex as the maker desires. You might find that this kind of collecting has a soothing effect similar to the one that comes from mounting stamps in a stamp album.

The combining of hobbies tosses an extra element of creativity into the mix, making your participation more personalized and enhancing your enjoyment of each hobby.