The characteristics of used stamps can affect how you collect 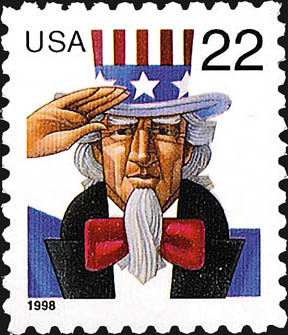 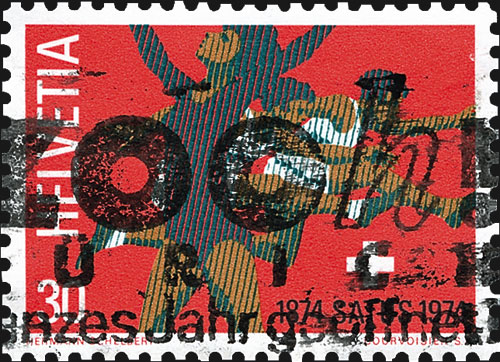 Figure 3. The heavy postmark on this 1974 Swiss stamp obliterates much of the stamp design. 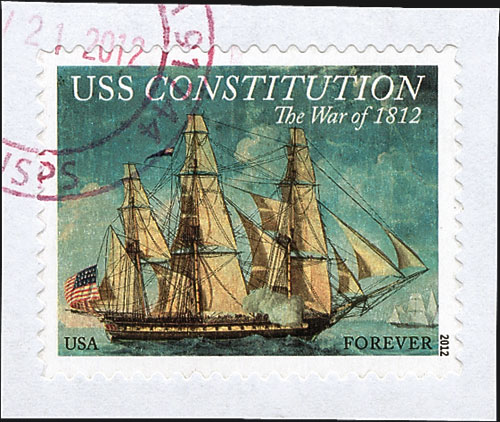 Figure 2. A used United States self-adhesive stamp saved on piece is carefully clipped from the envelope with a neat margin of paper on all four sides. 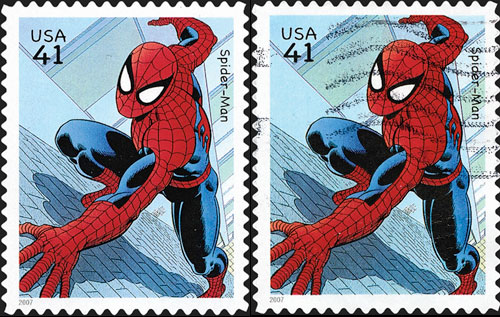 Figure 1. Two examples of the 2007 41¢ Spider-Man stamp issued by the United States Postal Service. The stamp at left is mint or unused, and the stamp at right has been postmarked, evidence that it is used.
Previous
Next

Stamp collectors have always been presented with a choice of collecting mint stamps or used stamps. Over the years, there never seemed to be an overwhelming majority collecting one way or the other, and in many instances, collectors are quite content collecting both mint and used stamps together.

Mint stamps are often more expensive to obtain, whether purchased at a post office when the stamp is first issued or from a stamp dealer or auction house.The decision to choose one way or the other, or both, is one the collector can make based on personal interests and preferences and financial considerations.

Figure 1 shows two versions of a single stamp for comparison. The United States 41¢ Spider-Man stamp (Scott 4159a) was issued in 2007. The cost to buy the new stamp from the U.S. Postal Service was 41¢, but a collector might be able to obtain a postally used example for free if it is used on a piece of mail.

The used stamp at right in Figure 1 shows evidence of a postmark it received with the wavy black lines across the face of the stamp.

Both of these stamps are attractive collectibles. Which one do you prefer?

Some collectors also say that they enjoy collecting used stamps because they like the idea that the stamp has completed the task for which it was created and originally purchased: delivering the mail.

With some classic stamps, the price difference between a mint stamp and a used stamp can be hundreds of dollars.

The Spider-Man stamp is part of a set of 20 issued in 2007 featuring Marvel Comics superheroes.

Shortly after these stamps were issued, the U.S. Postal Service ended its requirement that contract stamp printers use a paper with a water-soluble layer between the adhesive and the printed paper.

When that layer was present on the earlier stamps, it would dissolve in water, leaving the adhesive on the envelope paper and allowing the stamp to float free and clean after a short water bath. In that way, these early U.S. self-adhesives were similar to the lick-and-stick stamps that were common since the first U.S. stamp was issued in 1847.

Once that production requirement was removed, U.S. self-adhesive stamps that could not be soaked safely began appearing. In most cases, the stamp will be damaged by the water soak. The adhesive will remain stuck to the stamp paper and to the envelope paper, and the stamp paper might separate into tissue-like layers, destroying the collectible stamp.

As a result, some collectors have chosen to save modern U.S. issues on piece or on cover.

How do you collect a stamp on piece?

The used stamp remains on the envelope paper and is saved by trimming very carefully around the stamp in a neat rectangular shape, matching the shape of the stamp.

A nice presentation provides for a little margin of stamp paper around the outer edge of the perforations, if possible, perhaps an eighth to a quarter of an inch on all sides. The stamp certainly can be saved on an even larger piece if it has been struck with an interesting postmark.

An example of a recent self-adhesive stamp saved on piece is pictured in Figure 2. This 2012 forever stamp commemorating the War of 1812 (Scott 4703) is one of the newer U.S. issues that will not soak safely.

The Scott Specialized Catalogue of United States Stamps and Covers now identifies such stamps by including a black letter S within a red circle with the stamp listing in the catalog.

A stamp saved on cover means the entire envelope is preserved, which also saves interesting postal markings. This is a first step into the fascinating world of postal history.

One topic of concern for the collector of used stamps is the nature of the postmark. Collectors encounter everything from neat and clean circular postmarks to splattered slogan or pictorial cancels that render the stamp design nearly unidentifiable.

Figure 3 shows a 1974 30-centime stamp from Switzerland commemorating a sports association centenary (Scott 587). In this instance, the stamp has been struck by a postmark that commemorates the zoo in Zurich, with large and dark block letters across three lines.

The stamp design is difficult to see behind the zoo's catchphrase, "zooh!"

The stamp is otherwise sound, but someone building a collection of used Swiss stamps might decide to keep an eye out for a nicer example.

In the meantime, the heavily postmarked stamp is saved, and can be placed in the album as a spacefiller. That's a term signifying a stamp that is simply being used to fill the proper space in the album until a more appealing example is found.

But is the stamp a total loss? A topical collector who is interested in zoos might enjoy this stamp and its bold postmark. This stamp might be one of very few that captures this particular zoo postmark nearly in its entirety.

What might not appeal to one stamp collector could be a nice find for another.

Personal taste helps you shape your collection, and it can also help to refine it.

Do you like to see stamps with a postmark that shows the location where the stamp was postmarked? If so, you might have fun building a world collection of stamps postmarked in national capitals, such as Washington, D.C.; Paris, France; and Wellington, New Zealand.

Figure 4 shows a stamp from Denmark clearly postmarked in its capital, Copenhagen (Kobenhavn in the Danish language). The stamp is the 15-ore lilac definitive stamp showing King Frederik IX, issued in 1950.

Although the postmark covers most of the stamp design, it is interesting for another reason besides the fact that it comes from the capital of Denmark. The date on the postmark is "25 DEC 1952," Christmas Day. It's rather unusual to find stamps postmarked on Christmas.

Because of the many varieties of postmarks that exist, collectors of used stamps can pick and choose what they like to build a stamp collection that pleases them.