The road from French protectorates to independent nations 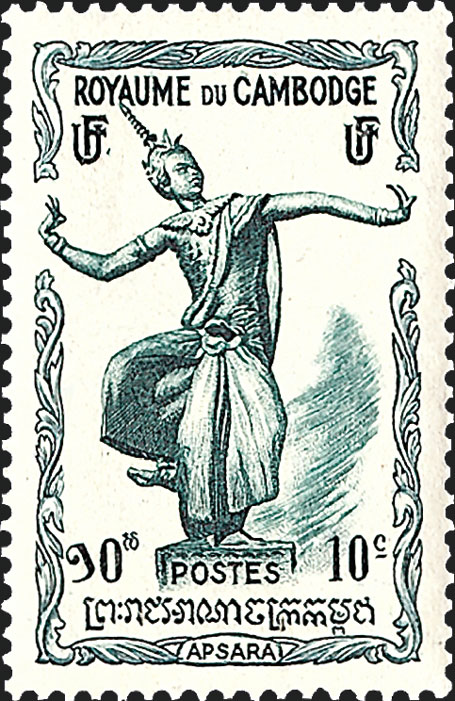 Cambodia featured a female spirit of clouds and water on stamps in the country’s first set. 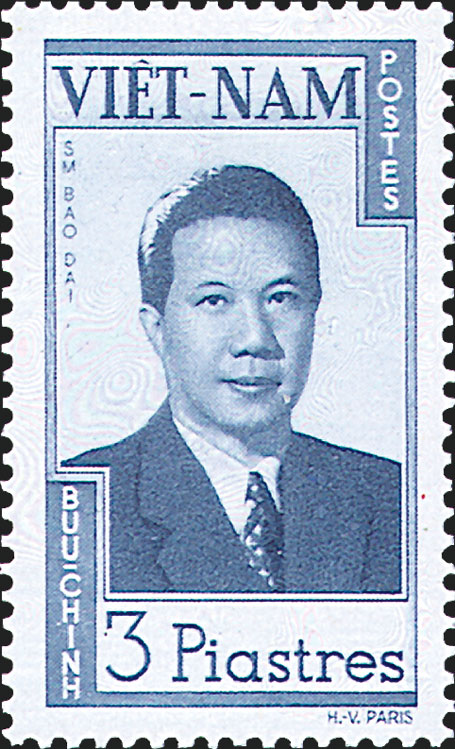 Emperor Bao-Dai is shown on three 1951 stamps issued by the kingdom of Vietnam. 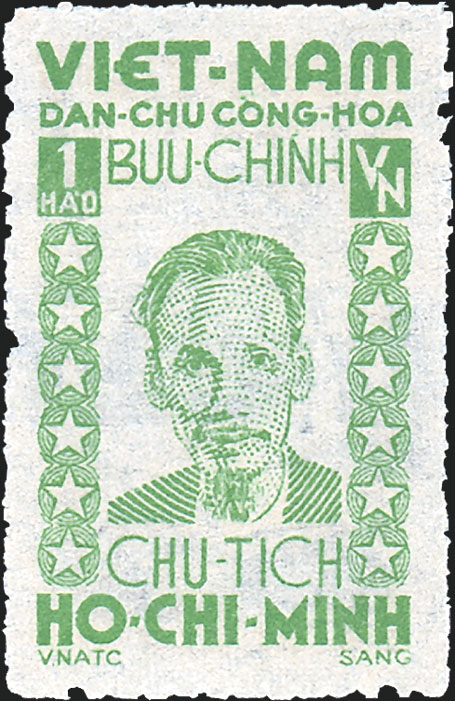 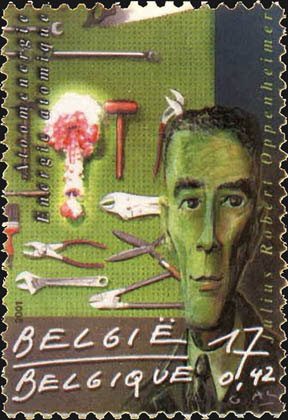 The 1-piaster stamp in Indochina's 1927 pictorial set commemorates the founding of Saigon. Other stamps in the set show landmarks and people at work. 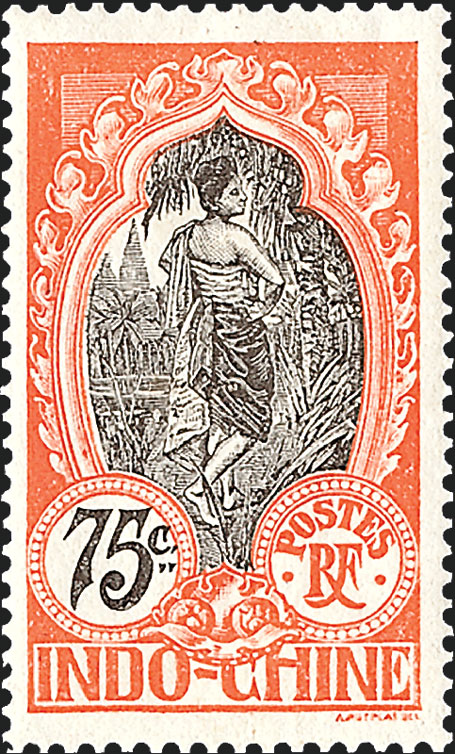 A Cambodian woman is depicted on the 75c Indochina stamp from the set issued in 1907.

The first stamp for Indochina was overprinted "Indo-Chine 89" in black and surcharged 5c on the 35c French Colonies stamp. The "R.D." initials at bottom refer to the governor (Richaud) and the postmaster general (Demars). The next stamp, issued just days 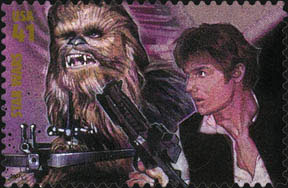 Cochin China issues of 1886-87 are surcharged with the numeral 5 in black. Two varieties are additionally overprinted C. CH. 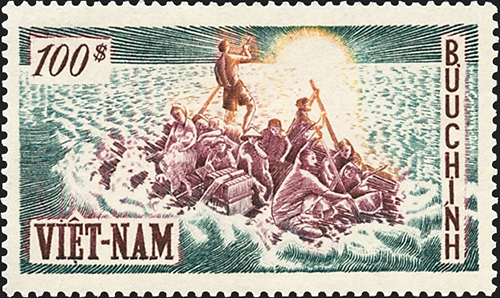 A scene of refugees fleeing North Vietnam was shown on stamps of South Vietnam issued in 1955. 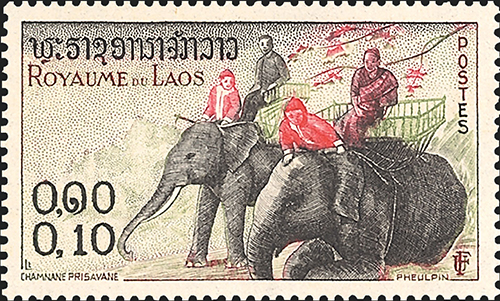 Laos issued numerous multicolor engraved stamps in the 1950s, including this design showing working elephants, which was issued in 1958. 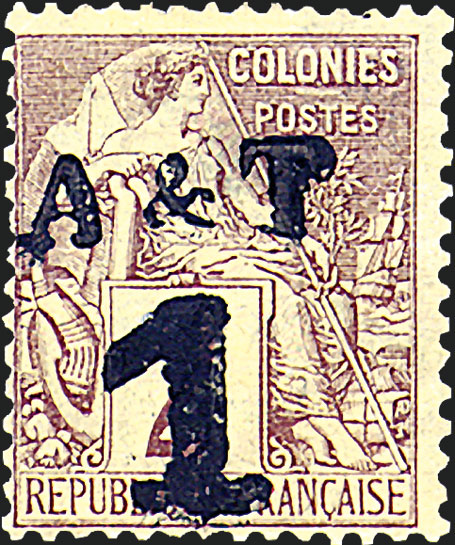 The first stamps of Annam and Tonkin, issued in 1888, were French Colonies stamps overprinted A&T or A-T and surcharged with a new 1 centime or 5c value.
Previous
Next

During the era when many of the established nations of the world were expanding their reach, France added the Cambodian peninsula to its empire.

The 1888 Annam and Tonkin issues were surcharged – new values printed on the stamp – and had an added A&T or A-T overprint (Scott 1-9).

The standard Navigation and Commerce design (also known as "Type Sage") dominated Indochina's stamps from 1892 until 1907, when the first stamps that truly reflected the people and places of Indochina were issued. The first pictorial series that year showed women representing different regions of Indochina.

The currency of Indochina changed from French centimes and francs to cents and piasters in 1918. Stamps were initially surcharged and later reprinted to reflect the monetary change.

By 1927, a new set of attractive pictorials supplanted the 1907 bicolors. Landmarks, people and historical events help bring Indochina to life in a stamp album.

The northern part of Indochina was invaded by Japan in 1940. The following year Japan occupied most of Indochina, though surprisingly with little effect. The French Vichy government in Indochina remained in office until March 1945. It is incredible that life could go on with a modicum of normality during an enemy occupation, but stamps issued during this time indicate that normal activity existed, including views of an elephant on parade (Scott 213) and the 1942 fair in Saigon (215).

With World War II coming to an end in August 1945, Indochina was set up for big changes. Ho Chi Minh declared the northern part of what had been Annam and Tonkin to be a democratic republic just one month after Japan signed the Instrument of Surrender.

In the meantime, the rest of Indochina was trying to return to normal under French government. By 1949, Cochin China, Annam and Tonkin became independent within the French union and together became the kingdom of Vietnam.

The kingdom's first 13 stamps were issued in 1951. Most showed the Pongour Falls at Da Lat, while three show a photograph of Emperor Bao-Dai (Scott 1-13).

Cambodia issued its first stamps in 1951 as well. Among the early designs is one showing Apsara, the female spirit of clouds and water. The same set also has stamps showing King Norodom Sihanouk, and Enthronement Hall (Scott 1-17).

Laos also issued stamps in 1951. Many of the country's early stamps are multicolor engraved issues showing local sights and customs.

In 1954, North Vietnam was established near the 17th parallel, and South Vietnam (the Republic of Vietnam) remained independent within the French union.

The stamps issued by South Vietnam differed greatly from those issued by North Vietnam, with better quality and variety. A 1955 set showed refugees on a raft, commemorating the first anniversary of the flight of the North Vietnamese (Scott 30-35).

The end of French Indochina began during WWII, but the fallout of that big change battled on for decades during the Vietnam War. Stamps document all of those changes.