I like this unusual stamp, but is it an error, freak, oddity, variety or what? 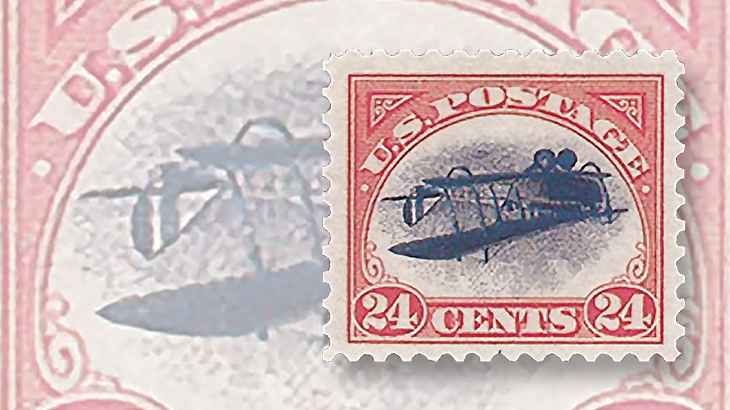 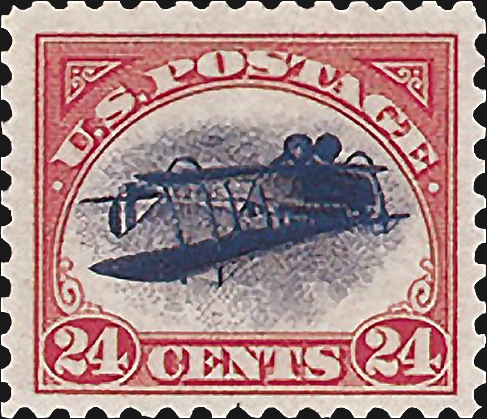 One of the most famous stamp errors in the world, the 1918 Inverted Jenny airmail stamp resulted from an incorrectly placed printing plate. 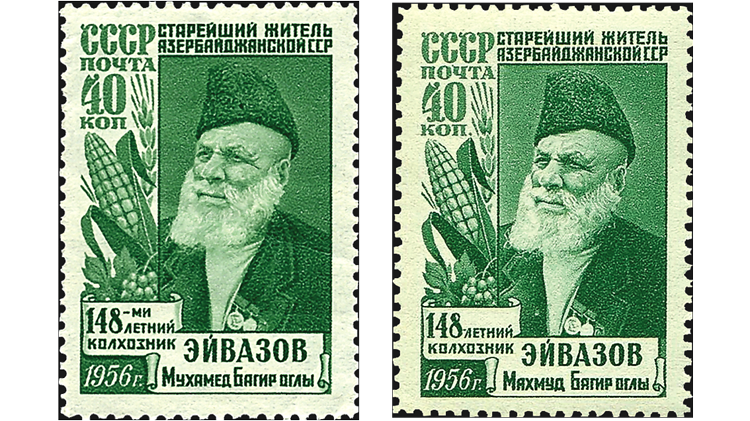 The 1956 stamp for Russia’s oldest man led to a design error and a variety. Scott 1860a at left, the first version, had three lines of type next to “148” and the name “Muhamed” at bottom right. Scott 1860 corrected the name to “Mahmud” and also deleted th 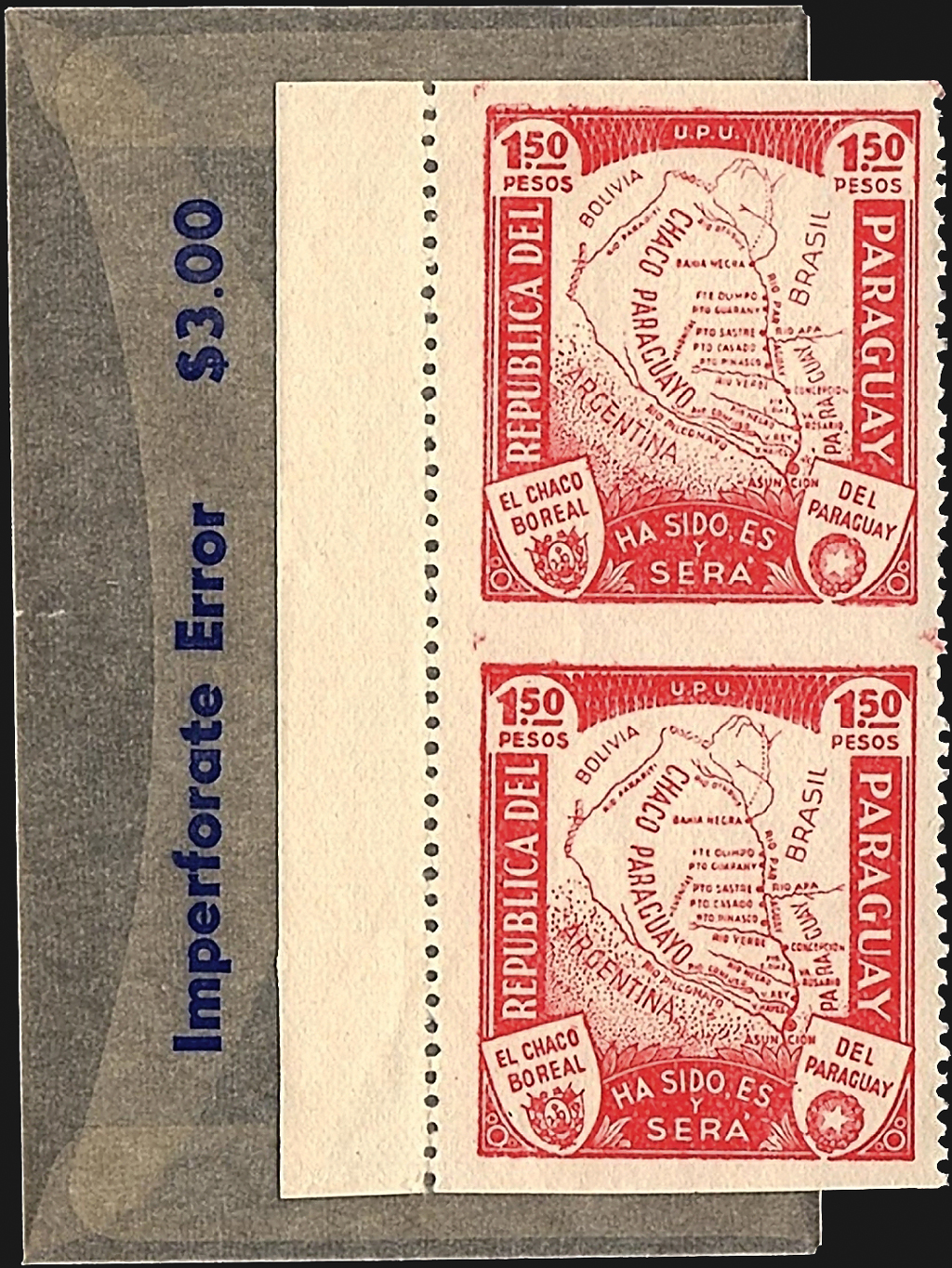 This interesting Paraguay vertical pair of Scott 324, imperforate horizontally, is not listed in the Scott Standard Postage Stamp Catalogue, but other sources imply this and similar pairs were made for collectors. 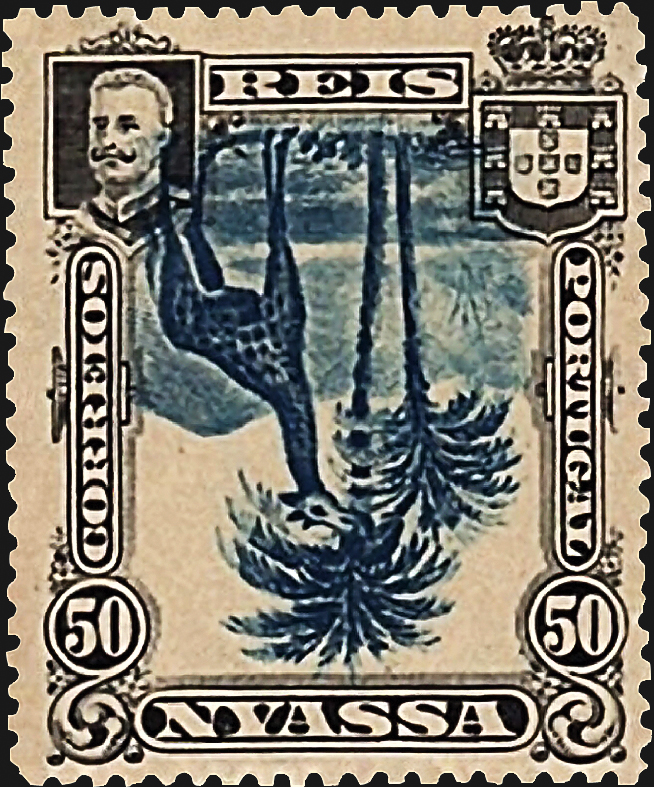 This Nyassa stamp was among a set of 13 designs originally issued right-side-up in 1901, but deliberately reprinted as inverts years later. The inverts are considered to be speculative. 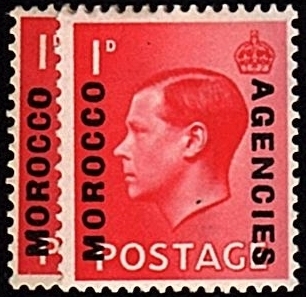 These 1936 Morocco stamps differ in the length of the overprint. At left is the normal overprint; the 1-millimeter longer overprint at right is the variety and has the greater catalog value. 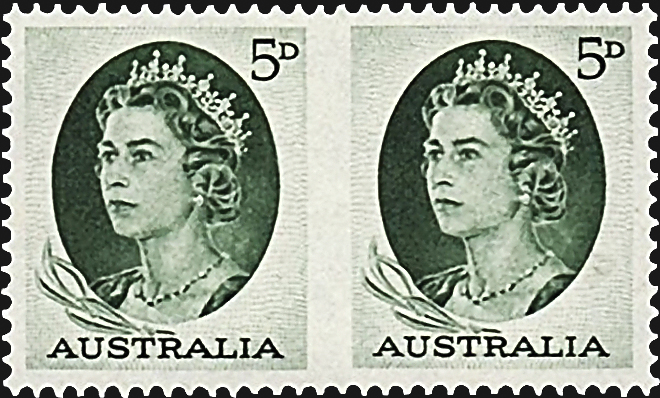 This imperforate-between pair of 1964 Australia Queen Elizabeth II stamps was among sheets of the design purposely made by Australia Post for collectors, but is listed as a variety in the Scott Standard Postage Stamp Catalogue.
Previous
Next

Let’s face it. We are human beings, and as such, sometimes we make mistakes, and that’s not usually good.

But, one odd thing about stamp collecting is that collectors clamor for mistakes. Who wouldn’t want a globally famous Inverted Jenny airmail stamp? This error, United States Scott C3a, was created when the printing plate for the vignette (center image on the stamp) was mistakenly placed upside-down on the printing press.

It was a big whoops for the Bureau of Engraving and Printing, but a great find for William Robey, the stamp collector who purchased the pane of 100 error stamps on May 14, 1918.

An example of the Inverted Jenny is shown nearby. A few of the 100 error stamps are unaccounted for, so keep your eyes open.

While you’re waiting to find an Inverted Jenny, there are plenty of less famous, more budget-friendly examples of what may be called “nonstandard” stamps.

It isn’t always easy, however, to figure out if an abnormal stamp is an error, a freak, an oddity or a variety.

Why does it matter?

The type of abnormality can affect the value of a stamp, but it also adds to our collecting knowledge to understand the defining characteristics of errors, freaks, oddities and varieties.

An error stamp is the result of a major mistake in production. The Inverted Jenny is a good example of an error, but inverts are only one type of major error.

Stamps that were printed on the wrong paper (a different kind of paper than was supposed to be used for that issue) also could end up having the wrong watermark.

Other error stamps may have incorrect perforations for that issue (or no perforations), missing or incorrect ink colors or doubled designs or overprints.

A freak is a stamp that has an abnormal, usually non-repetitive problem. The resulting stamp varies from the normal stamp but falls short of being an error.

A huge blob of printing ink on a stamp is a freak, not an error. A stamp that was over-inked or printed on paper that had a fold in it is a freak. Repetitive abnormalities become varieties.

A variety has a repeatedly occurring difference from the stamp as it was originally issued. Varieties are generally cataloged and often given minor-number listings in the Scott Standard Postage Stamp Catalogue.

A variety might be a different color, different gauge of perforations, or reflect small changes made in a printing plate that affected the design of the stamp.

An oddity is, well, odd. An overprint that appears to provide glasses on the image printed on the stamp is an oddity. A significant shift up, down or sideways in the printed color on a stamp also is an oddity.

Design mistakes — an incorrect date or other mistake resulting from faulty research — can be considered errors or oddities, but if all the issued stamps have the same mistake, there usually is no special value attached to them.

There are exceptions: An incorrect image of cowboy Bill Pickett appeared in the 1994 Legends of the West set of U.S. stamps, and the Postal Service decided to recall and destroy the stamps and issue a corrected Pickett stamp. Not all of the Pickett errors could be recalled, and those already in the hands of the public brought high prices in the collector market.

Speaking very generally, errors and varieties can add value to stamps, whereas freaks and oddities are great fun to collect but usually do not add significant value to stamps.

Recently, I was mounting a new acquisition of stamps and came across a green Russia stamp, Scott 1860. When mounting new stamps in albums, I generally look them up first in my Scott Standard catalog so I can be sure of the correct placement.

I also read the short description of the stamp subject listed in the catalog.

Regarding my Russia stamp, I learned that the bearded man was Makhmud Aivazov, Russia’s oldest living person. The 1956 stamp commemorates his 148th birthday, and the images of crops on the left side of the stamp recall his life as a farmer.

A little work with Google Translate revealed that the wording on the “three-line” Scott 1860a stamp said “148th,” with the words for “collective farmer” in the next two lines. The “th” line was missing on Scott 1860. A small and seemingly pointless change, right? Well, the story is more interesting than it appears.

Some online searching revealed that the Azerbaijan man being honored for his 148th birthday was named Mahmud Bagir Ogly Aivazov, but the first version of the stamp had his first name (the first word in the line of type at bottom right) as “Muhamed.”

So the design of Scott 1860 for some reason did delete the two letters in the first line in the “148” lozenge, but the main reason for the revised design was to correct the misspelled first name.

This stamp that had appeared rather ordinary at first glance turned out to relate to both a variety and a design error.

I continued working on mounting my new stamps and found a pretty vertical pair of Paraguay Scott 324 perforated along both sides, but imperforate at the top, bottom and in between. The stamps were contained in a glassine envelope that was labeled “Imperforate Error”; see the nearby illustration.

The Scott Standard catalog does not list the stamps as a vertical pair, imperforate horizontally, which made me wonder if the label on the glassine was correct in calling this an imperforate error.

Victor Kneitschel’s Catalogo de los Sellos Postales de la Republica del Paraguay lists many stamps of Paraguay that are imperforate pairs, none of which appear to be truly scarce. This fact gives the impression that these items were not genuine errors, but rather were intentionally produced in quantity, perhaps to entice collectors.

Another good example of intentional imperforate-between stamps is shown nearby. This horizontal pair of Australia 5-penny Queen Elizabeth stamps (Scott 365b) is of a design issued in both sheet and booklet format in 1963.

However, in 1964, Australia Post printed sheets of 188 stamps of this design made from the printing plates used for the booklet stamps.

These sheets could be broken down in several ways, one of which made a horizontal pair that was imperforate between.

If this practice sounds strangely like the U.S. Postal Service’s press sheets, that is because it is just like that. In other words, these Australia pairs are not errors, they were deliberately created for collectors.

In 1901, Nyassa, in northern Mozambique, issued 13 beautiful engraved bicolor stamps (Scott 26-38), seven of a giraffe design and six of a design of several camels. The stamps were printed in London by Waterlow and Sons.

In 1922, Waterlow reprinted the stamps with inverted centers. Twenty sheets of 100 were printed for each of the 13, resulting in 2,000 inverts for each denomination.

The illustration here shows the inverted 50-reis stamp, with an upside-down giraffe. The Scott Standard catalog mentions the stamps in a footnote as “believed to be purely speculative and never regularly issued” and does not assign them catalog numbers.

These inverts were intentionally created for stamp collectors, and hence are not as valuable as they would be if they were true errors.

A listed variety is shown in the last illustration: a side-by-side comparison of a Morocco overprint on two Great Britain Edward VIII 1-penny stamps. The stamp peeking out on the left shows the word “MOROCCO” running up the side. This is the usual overprint, measuring 14 millimeters in length. On the stamp at right, the “MOROCCO” overprint is 15mm long.

Errors, freaks, oddities and varieties are fascinating quirks in the world of stamps. You probably already have some interesting examples in your collection, whether you recognize all of them or not.