Stamp sleuthing is a skill you can acquire 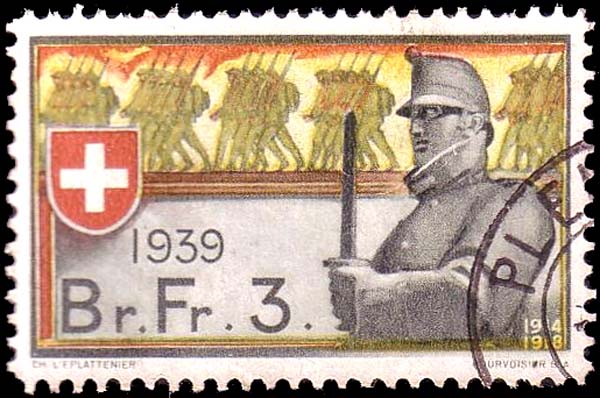 Figure 4. Not all stamps are postage stamps. Specialized literature is required to identify this WWII Swiss soldier fund-raising label. Click on image to enlarge. 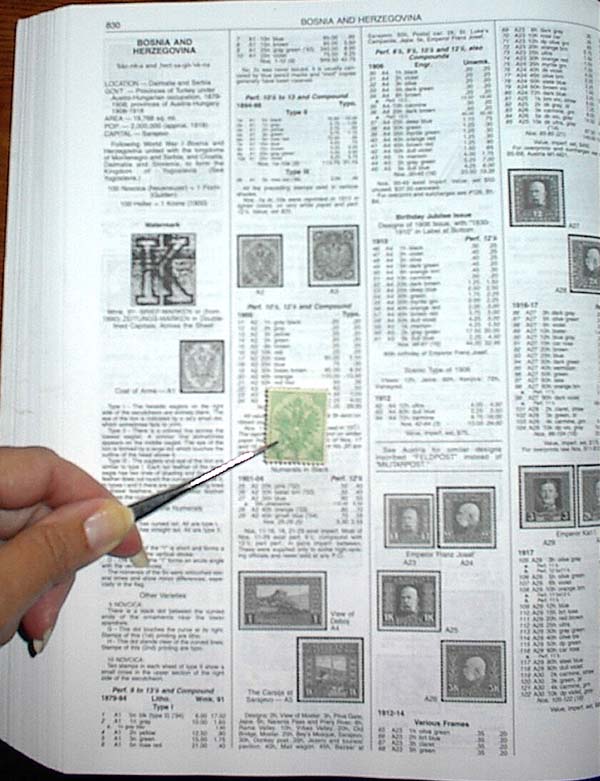 Figure 3. After identifying which country a stamp is from, go to the catalog listing for that country to complete the identification of the stamp using its color, denomination, perforation gauge, type of paper and watermark. Click on image to enlarge. 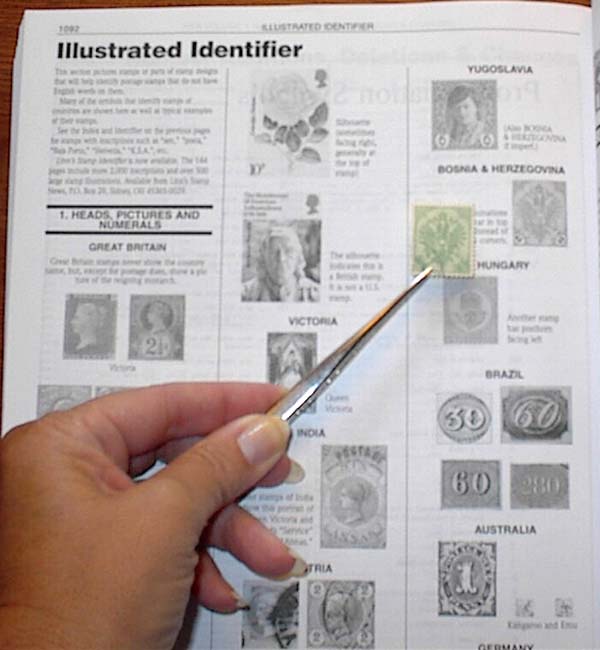 Figure 2. By using the Illustrated Identifier section at the back of all volumes of the Scott Standard Postage Stamp Catalogue, you can often identify where a stamp comes from by matching it with similar designs or inscriptions. Click on image to enlarge. 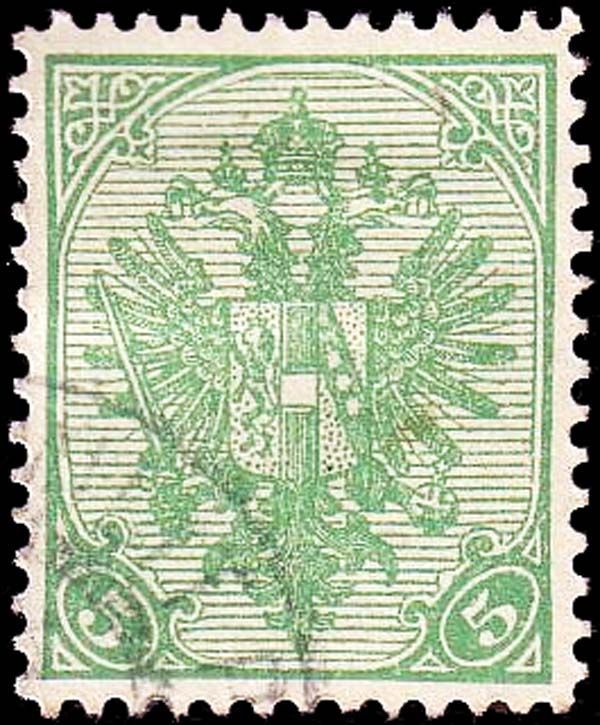 Figure 1. Identifying this stamp is a challenge, because it does not bear a country name inscription. Click on image to enlarge.
Previous
Next

I have become addicted to a television program on the Public Broadcasting System called History Detectives. The premise is simple. An object from the past is shown. It is usually a family heirloom of some sort, with a story and a mystery attached. A historian then tries to find out if the family's story about the object is correct, and he attempts to solve the mystery.

Think about it. You get a stamp you have never seen before. Where is it from? When was it issued? How much is it worth? What is its catalog number? In figuring out all of this, you might have to do more detective work. How was it printed? What color is it? What is the gauge of the perforations? What is the watermark? What is the type of paper?

Let's use the stamp shown in Figure 1 as an example to work our way through this maze of questions.

The first step is to take any volume of the Scott Standard Postage Stamp Catalogueand look in the back. Each volume has an Illustrated Identifier section where difficult-to-identify stamps are illustrated and identified by country. If you carefully move your stamp up and down the columns (as shown in Figure 2), sooner or later you should start to see similar stamps. Your exact stamp might not be illustrated, but a stamp with similar features, such as a flag, coat of arms, person, symbol, Cyrillic or other non-Latin letters or currency indicator, will probably turn up. There could be more than one possibility, in fact.

Make a note of all the possibilities you can find, then systematically go through the listings of each country in the appropriate volume of the Scott catalog. In many cases you will find a match.

For the stamp shown in Figure 1, I made a match in short order. The central illustration of a double-headed eagle with wings spread and a shield matches a picture of a stamp from Bosnia and Herzegovina. Now we know where it is from.

With that key information at hand, we can find the answers to other questions by going to the listings for Bosnia and Herzegovina in the Scott catalog.

As shown in Figure 3, three stamps illustrated in the listing have designs similar to the stamp.

The Figure 1 stamp has the values at the bottom, so it is most like the stamp design listed by Scott as design type "A2." I look at all of those listings for stamps with design type A2 and find one and only one for this green stamp, which is denominated "5." According to the catalog, the stamp was issued in 1900. It is Bosnia and Herzegovina Scott 14 and has the minimum Scott catalog value of 20¢ in either unused or used condition.

The catalog also tells more. The introduction to the stamps of Bosnia at the beginning of the listings tells that the unit of currency was 100 hellers equals 1 krone. So the stamp is a 5-heller green Coat of Arms stamp from Bosnia and Herzegovina, Scott 14, issued in 1900. The catalog also says that the perforations can measure gauge 10½, 12½, or be compound. Compound means that the perforations have different gauges on the various edges of the stamp.

I measured the perforations and the 5h stamp is perforated 12½ on all four sides.

The catalog also tells that the stamps were printed by typography. I also read the footnotes for this issue. It says that all values for this series except the 3h stamp exist on ribbed paper. This made me look at my stamp a little closer. Nope, the stamp is on ordinary wove paper with no ribbing.

The note about ribbed paper might throw you. Each volume of the Scott catalog has a very well-written introduction that describes and illustrates the terms used throughout the listings. If you don't accomplish any other philatelic task this year, read that introduction over and over again until you understand everything it says.

What happens if you have a stamp you can't find in the Illustrated Identifier section of the catalog? Then you have need for a more detailed stamp identifier such asLinn's Stamp Identifier. The second expanded edition is $10.99 for Amos Advantage subscribers. To order this book, call 800-572-6685 or order through the web site at www.amosadvantage.com.

This helpful spiralbound book will guide you through Greek and Cyrillic inscriptions and other foreign alphabets to help identify even the most confounding stamps and stamplike enigmas.

Even when you know the issuing country of a stamp, you sometimes might not be able to find the stamp in the Scott catalog.

Scott lists foreign postage stamps and some stamps for special postal services primarily, but in the course of collecting you are liable to turn up all sorts of oddball adhesives that are not listed in Scott. What do you do then?

Let's go back to the TV program History Detectives. The first thing the experts do is do what we just did, that is, consult standard reference works and find out as much basic information as possible.

Then, when they have exhausted all possibilities from those sources, they usually move on to a specialized library or museum that contains newspaper archives, primary source documents and specialized reference materials that might not be available anywhere else.

In the United States, the most accessible specialized library for stamp collecting is the American Philatelic Research Library. Unlike the detectives on TV, you don't have to fly all over the place to use it. Anyone can access the card catalog through the Internet at www.stamplibrary.org. Members of the American Philatelic Society can borrow materials and have them sent through the mail for a small fee. It is a fantastic service.

Look at the stamp shown in Figure 4. This has been in the top drawer of my desk for a couple of years, nagging me whenever I see it to find out more about it.

It looks like a stamp, right? It has perforations and something that looks like a cancel on the right side. But is it a postage stamp?

The first question to be addressed is, "Where is it from?" OK, all you stamp sleuths, start looking for clues. There is a familiar-looking red shield with a white cross on the left side of the stamp.

There is also something that looks like a value inscription at the bottom left that reads "Br. Fr. 3." What is a "Br. Fr.?" It can't be a British franc, because there is no such thing.

At the bottom of the stamp in tiny letters are the words "CH. L'EPLATTENIER" on the left and "COURVOISIER" on the right.

The stamp depicts soldiers marching in the background and a close-up of a soldier in the foreground.

The biggest clue is that red shield with a white cross. I remembered seeing this on stamps from Switzerland, so I started working under the premise that this was a stamp or label from Switzerland.

One other clue solidified this premise, the tiny writing on the bottom of the stamp on the right that reads "COURVOISIER," which is the name of a famous security printer in Switzerland.

Many Swiss stamps have this inscription in the same place in the bottom-right margin and the name of the stamp designer in the opposite margin. For the moment I assume that "CH L'EPLATTENIER" is the stamp designer.

So far, I was asking a lot more questions than I was able to answer.

I have an old Helvetia catalog published by K.E. Auf der Maur, but it did not list my stamp. However, it did illustrate other stamps with that white cross on a red shield. I knew I was on the right track.

My next step was searching the Internet to see if I could locate any information about the stamp. I found lots of leads, but none of them proved useful.

I sent two e-mails in rapid succession. The first went to APRL librarian Gini Horn asking if there is a book about Swiss poster stamps, or non-philatelic labels called cinderellas. I described what I had, and she suggested a catalog of Swiss soldier stamps by Sulser.

The second went to my friend Bob Zeigler, who is an expert in Swiss stamps. He confirmed the identity of the label as a Swiss soldier stamp from World War II.

In Switzerland, the military was used to assure Swiss neutrality, especially at the Swiss borders. Soldiers had a free-franking privilege, which means they did not have to pay postage on the letters they mailed. The soldier stamps were used to raise money for military units, and soldiers could use them where a stamp would normally go.

In the case of my Swiss soldier stamp, the "Br. Fr." inscription stands for "Brigades Frontieres." This indicates that the stamp originated from a French-speaking unit. Switzerland has four national languages: French, German, Italian and Romansh.

So this historical mystery is solved, and we used many of the same techniques that those TV history detectives use. Try it yourself on some of your mysterious stamps.

If all else fails, you can always send your stamp, or a photocopy or scan of it, to Linn's Collectors' Forum for help in identifying it.

But why let others have all the fun? Solving the mysteries is some of the best part of stamp collecting.