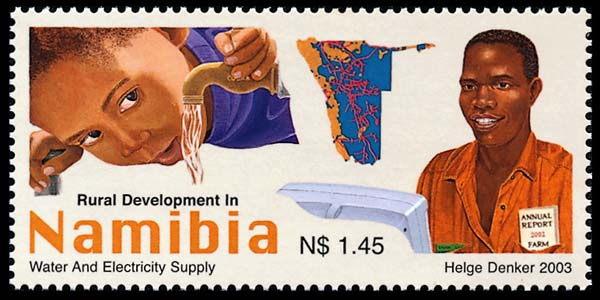 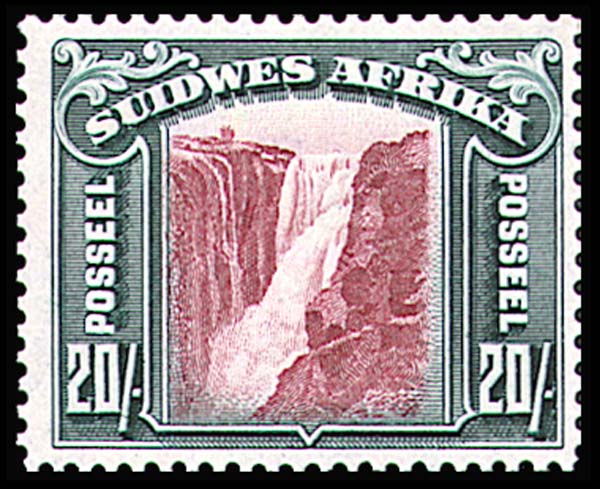 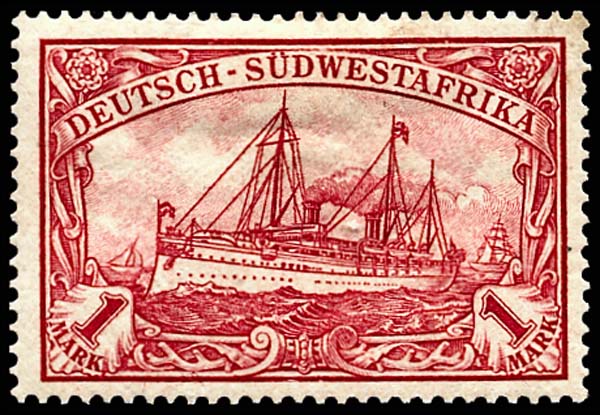 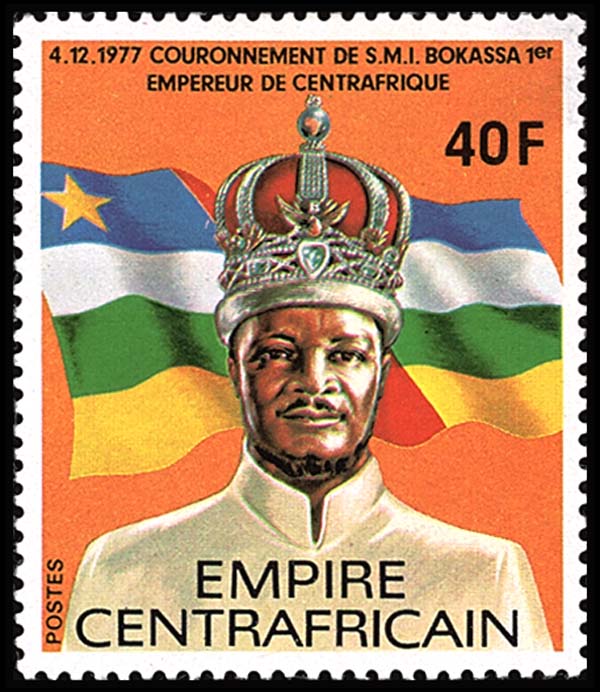 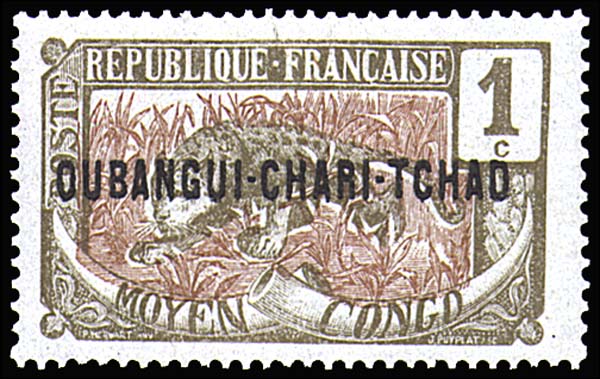 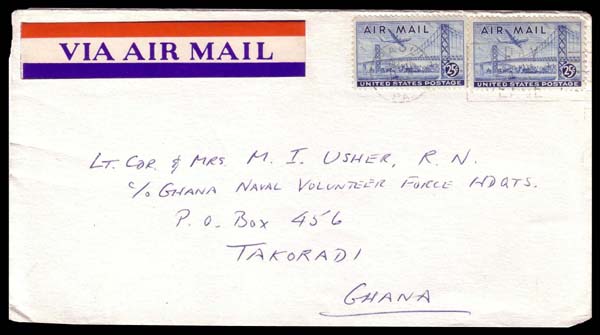 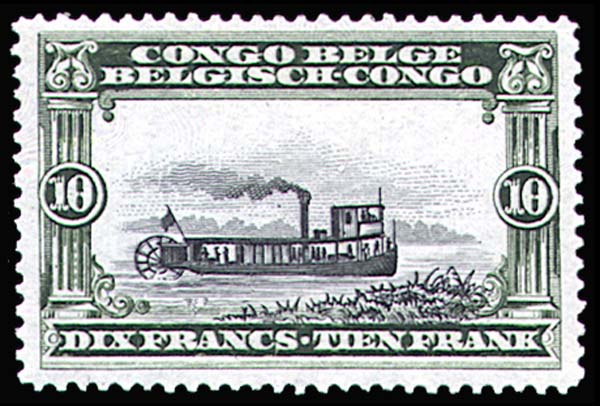 Figure 2. A Belgian Congo 10-franc green and black River Steamer on the Congo stamp (Scott 59). Click on image to enlarge. 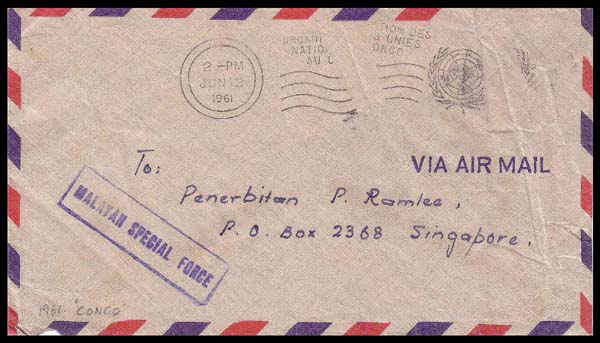 Figure 1. Postmarked June 13, 1961, this cover was sent by a member of the Malayan special force serving in the Congo with United Nations peacekeeping force. Click on image to enlarge.
Previous
Next

Have you ever noticed that sometimes collections just seem to form themselves?

It's a bit like spontaneous combustion where all the ingredients come together at the right time and — bam! There it is, a new subject for you to collect that will drive you crazy until you can figure out what it is all about.

A recent Refresher Course column noted my new interest in stamps and covers of Malaya, specifically those used during the civil war that took place between 1948 and 1960 known as the Malaya emergency.

A couple of months ago, I read an article in the London Philatelist about the Mau Mau uprising in Kenya. This took place at roughly the same time as the Malaya emergency, and it shared many similarities, including being called an "emergency" rather than the war that it was.

I was fascinated and thought that I might also start looking for forces mail from military personnel who served in Kenya during the Mau Mau emergency.

That is precisely what I did. The first chance I got, I began thumbing through a box of African covers at a stamp show and almost immediately the cover shown in Figure 1 came to hand.

So here is the problem. It wasn't a cover from Kenya, and it had nothing to do with the Mau Mau emergency. But, wow! I had found a cover sent by a member of the Malayan special force serving in the Congo with a United Nations peacekeeping force in 1961, as shown by a strike of the boxed handstamp in purple ink at the lower left of the cover.

The cover, addressed to Singapore, apparently crumpled a bit as it passed through the canceling machine, resulting in gaps between parts of the cancel. But the June 13, 1961, postmark and the "Organization des Unies Nations aug Congo" slogan cancel are still readable.

Well, I knew a little bit about the turmoil in the Congo during this time period, but the cover sent me to the encyclopedia to learn what I didn't know or remember.

U.N. Secretary-General Dag Hammarskjold, sent in a multinational peacekeeping force, but he insisted that the military aid not interfere with internal conflict or constitutional issues.

Secessionist Katanga sought and received aid from the Soviet Union, which created more problems. On Sept. 13, 1960, Col. Mobutu Sese Seiko seized power in Congo with U.N. approval. At the end of 1960, Congo was still divided into several rival factions.

The turmoil continued throughout the first half of 1961. In August 1961, U.N. forces attempted to disarm Katangan soldiers and police. Secretary-General Hammarskjold was killed in a plane crash the following month while en route to a meeting in Africa to negotiate peace in the Congo.

Many successive attempts at cease fires and peace negotiations failed, and the United Nations was running out of money and patience.

In November 1964 the United States landed Belgian paratroops in Kisangani to shore up the central government there, but constant dissension among rebel leaders continued.

There was no happy ending. Unfortunately dissension continued in the Congo, which was renamed Zaire by President Mobutu in 1971. In 1999, the name was changed back to Congo.

Since the 1960s, short periods of relative peace have been interspersed with longer periods of rebellion and revolt. A civil war raged in the 1990s, and although a peace agreement was reached in 2003, fighting continues.

That cover sparked my interest in Belgian Congo, so I set my sights on some gorgeous engraved bicolor stamps that would fit into my 1935 Scott album.

A set of pictorial definitive stamps (Scott 45-59) issued between 1910 and 1915 feature a variety of Congo scenes.

I didn't find a complete set, but I was able to get four stamps out of the set of 15.

My favorite is the 10-franc green and black River Steamer on the Congo stamp (Scott 59), shown in Figure 2. The stamp features the Congo River steamer Dhanis. The set was printed by Waterlow Brothers & Layton in London.

Wanting to find out as much as possible about these stamps, I stumbled on two web sites that catalog Belgian Congo stamps. One is in English: www.congostamps.com.

It contains useful information, but I could not get all the stamp illustrations to come up on my computer screen.

The second is written in French: www.users.skynet.be/clist/emis.html.

Both stamps and postal stationery are well illustrated on the French site, as are varieties. The French text is clear and easy to figure out even for most who do not know the language.

A few weeks ago, my friend Roger Schnell and I were looking for treasures in cover boxes at the Philatelic Show in Boxborough, Mass. After a while, Roger showed me the airmail cover illustrated in Figure 3.

It is addressed to a Royal Navy Lt. Cmdr. M.I. Usher in care of the Ghana naval volunteer force headquarters in Takoradi, Ghana. It was the unusual destination that caught Roger's eye and mine as well. "What the heck was the Royal Navy doing in Ghana in 1961," I asked Roger. He decided to find out and shared his information with me.

Ghana was the former British colony of Gold Coast, which became independent on March 6, 1957.

While I was on this Africa kick, I thought I would try to find something else African that would fit in my pre-1935 album.

I couldn't remember having any Ubangi-Shari stamps, so I settled for a couple of inexpensive ones, including the overprinted 1-centime olive-gray and brown Leopard stamp (Scott 1) shown in Figure 4.

This first stamp of Ubangi-Shari is part of a larger set of overprints on stamps from French Middle Congo. This is one of the least expensive No. 1s of the world, valued at the Scott Standard Postage Stamp Catalogue minimum of 20¢.

If you want a greater challenge, you can look for the double overprint error stamp (Scott 1a).

French expeditions to the Congo and Ubangi rivers resulted in treaties with local tribes and produced the colony of French Congo. In 1910, French Congo was divided into three colonies: Gabon, Middle Congo and Ubangi-Shari. The three were recombined and, along with Chad, became French Equatorial Africa in 1934.

At independence in 1960, Gabon and Chad retained their names, Middle Congo became the Peoples Republic of Congo, and Ubangi-Shari became the Central African Republic.

Independence unfortunately also brought turmoil to the Central African Republic, and there is a long history of strife, coups, ethnic feuding, and a mad dictator, Jean Bedel Bokassa.

Bokassa, who also gave himself the title "Apostle," had 55 children by 17 wives.

Bokassa had served in the French army in World War II and during the wars in Indochina and Algeria. He proclaimed himself emperor in 1977.

In 1979, more than 100 school children were imprisoned in the capital of Bangui for protesting the cost of school uniforms. Bokassa and his followers massacred the imprisoned children and ate some of their bodies.

Four months later, while Bokassa was on a state visit to his friend Col. Muammar Gaddafi in Lybia, French paratroopers landed and restored the republic and a president whom Bokassa had overthrown.

Bokassa lived in exile in France for many years before returning to Bangui, where he died in 1996.

France maintained a military presence in the Central African Republic until 1999, when it was replaced by an all-African peacekeeping force.

One of Africa's newest independent countries is Namibia.

The colony was occupied by South African troops during World War I. After the war, it was mandated to South Africa by the League of Nations. A 20-shilling Afrikaans-language Okuwahakan Falls stamp (Scott 120b) from the mandate period is shown in Figure 7.

After years of domination by South Africa's apartheid regime, Namibia finally gained its independence in 1990. A Namibian $1.45 Rural Development — Water and Electricity Supply stamp (Scott 1011) is shown in Figure 8.

Tracking the political changes within Africa by using stamps and covers can be a very satisfying lifetime pursuit.

Even picking just a few countries and demonstrating the progress from colony to independent nation would be a worthy challenge.