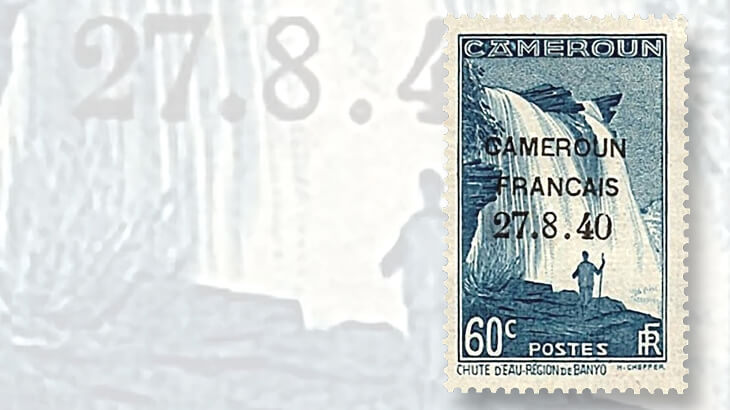 In 1940, Cameroon overprinted earlier issues with a marking celebrating the coup on Aug. 27, 1940, that overturned the Vichy presence in Cameroon in favor of Charles de Gaulle’s Free France movement. 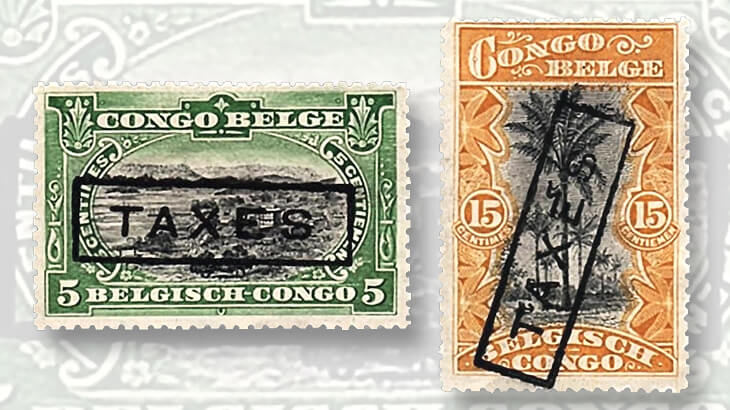 From 1908-23, regular Belgian Congo stamps given “TAXE” or “TAXES” overprints were used in lieu of specific postage due stamps. 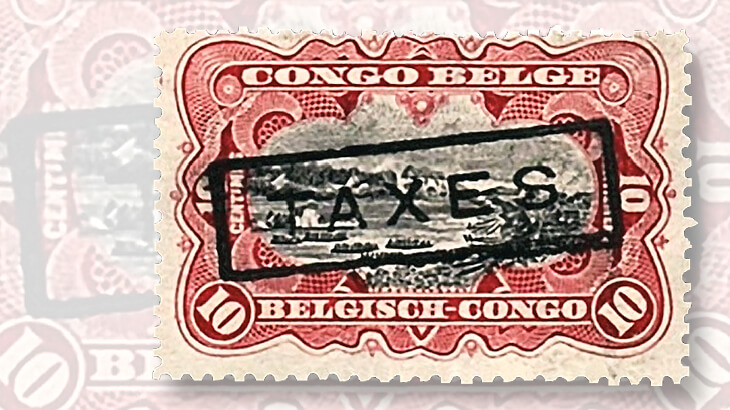 The “TAXES” overprint on this 1910 Belgian Congo stamp depicting Inkissi Falls means the regular-issue stamp was used as a postage due stamp. 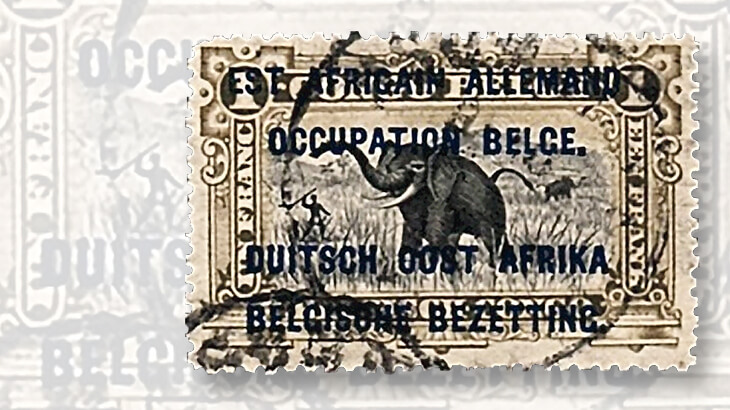 The bilingual (German and Dutch) overprint on this Belgian Congo stamp of 1916 reflects the Belgian occupation of German East Africa. 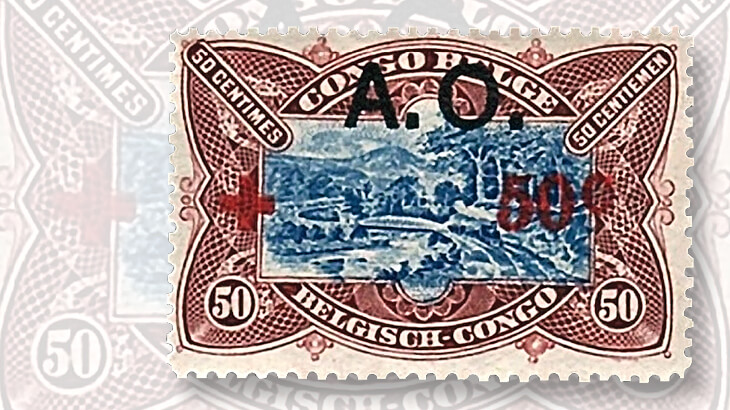 There are times when I wonder how many stamps have been issued worldwide since 1840. A lot, obviously, and it sure is fun to stumble upon an old stamp that you’ve never seen before.

Almost always these finds are not particularly valuable stamps, but discovering them can be a “Eureka!” moment that leads to a great deal of investigation after the initial excitement wears off. It is kind of amazing how one little stamp can incite a collector to go off on not just one but several tangents.

Here is a good example.

But what is that “TAXES” handstamp doing there?

A thorough examination of the Belgian Congo stamps in the Scott Classic Specialized Catalogue of Stamps and Covers 1840-1940 yielded a single sentence at the beginning of the listings for the country’s postage due stamps.

This sentence read, “In 1908-23 regular postage stamps handstamped ‘TAXES’ or ‘TAXE,’ usually boxed, were used in lieu of postage due stamps.”

That was great information but, unfortunately, the handstamped postage dues are not listed in the catalog. I did find more stamp images online that set me looking for more of the overprints.

The second image here shows two additional stamps I was able to acquire. Now I want more, but prices seem to be “whatever the market will bear.”

One thing leads to another. Pawing through a dealer’s stock of Belgian Congo resulted in discovering another stamp, shown in the third image: a 1-franc stamp of the Belgian Congo overprinted in 1916 to make German East Africa Scott N23.

There are eight different Belgian Congo stamps that were overprinted thus, so that means more interesting stamps to seek and more dealer boxes to examine.

It didn’t take long to find the rest of the occupied German East Africa overprinted stamps, and in the process I found six more Belgian Congo stamps, this time overprinted “A.O.” with a red cross and additional denominations.

The Scott Classic Specialized catalog enlightened me (under the German East Africa semipostal stamp listings) that the “A.O.” stands for “Afrique Orientale,” French for East Africa.

The overprinted red cross and denomination figures converted the stamps to semipostal issues during East Africa’s Belgian occupation, which lasted from 1916 to 1924. The A.O.-overprinted 50 centimes+50c Belgian Congo stamp was issued in 1918 (German East Africa Scott NB6). There are eight more stamps in the set (NB1-NB9), so the hunt is on for those.

The dealer offered me another box to go through, and once again, it didn’t take long to find other interesting overprinted African stamps that I had never seen before — this time from Cameroon.

Cameroon was a German protectorate until 1919 when the League of Nations divided it between Great Britain and France, and both countries received formal League of Nations mandates in 1922. Fast forward to 1940, when Cameroon overprinted 31 postage stamps that had been issued between 1925 to 1940.

That overprint reads “Cameroun/Francais/27.8.40,” as shown in the last illustration: a 60-centime stamp issued in 1940 (Scott 265). The first two lines are easily translated to “French Cameroon,” but what is the meaning of the numbers on the third line?

The numbers are a date written in European style: Aug. 27, 1940, when 40 men led by Gen. Philippe Leclerc toppled the Vichy presence in Cameroon in a bloodless coup, switching the colony’s allegiance to Gen. Charles de Gaulle’s Free France movement, which fought with the Allies against the Axis powers.

I was able to acquire four of these stamps — that means there are 27 left to go — and when I find that last one: “Eureka!”