Stamps issued for use in foreign countries 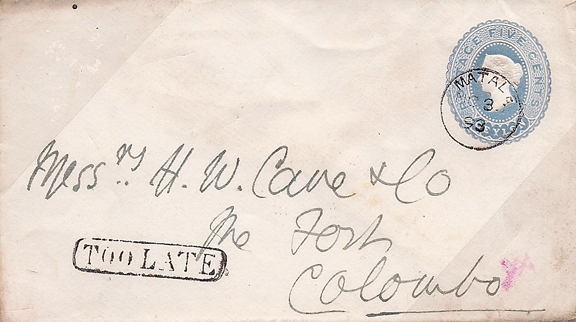 Figure 1. A cover sent from Matale, Ceylon, to Colombo, Ceylon, Oct. 31, 1893. The envelope was marked "TOO LATE" by the postal service

A 2¢+1¢ Woman, Farming and Cannery occupation semipostal stamp issued for the Philippines under Japanese occupation in WWII, Scott NB1. 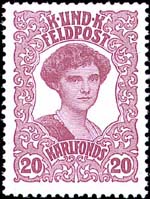 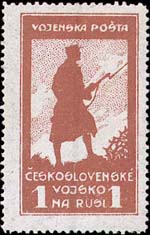 The Czechoslovak Legion Post issued this 1-ruble Sentinel stamp, Scott 3, for use in Russia. 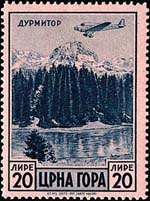 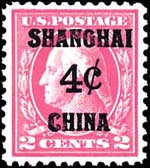 Stamps are issued for offices abroad when one nation has been granted extraterritorial rights in another nation. Ostensibly, this was necessitated by the lack of an adequate native postal system for delivery of foreign mail.

In reality, from the late-19th to the mid-20th centuries, having offices abroad was also one of the trappings of being a Great Power. Historically, China, the Ottoman Empire, Siam (Thailand), Morocco, Egypt and other countries conceded or were forced to concede extraterritorial rights to certain other nations.

China may be the preeminent example of extraterritoriality. By 1900 there were 18 nations with extraterritorial rights in China, including the United States. The U.S. Postal Agency in Shanghai opened in 1867. U.S. stamps overprinted "SHANGHAI CHINA" and surcharged at double their original face value were issued to the U.S. Postal Agency in Shanghai and went on sale July 1, 1919. They were valid for prepayment of mail dispatched from the postal agency to U.S. addresses. A U.S. Offices in China 4¢ on 2¢ rose George Washington stamp, Scott K2, is shown in Figure 1.

An anomaly of the Scott Standard Postage Stamp Catalogue is that listings of offices abroad stamps of the United States, Poland and Yugoslavia are prefixed with the letter "K," while those of most other countries are listed separately without prefix under their own headings immediately following the parent country.

The Ottoman Empire, the so-called Sick Man of Europe, also was forced to concede extraterritorial rights, including postal operations, to the Great Powers. A 6-kopeck blue Imperial Coat of Arms stamp, Russian Offices in the Ottoman Empire, Scott 1, is shown in Figure 2.

During World War II, Poland and Yugoslavia were conquered by Germany in 1939 and 1941, respectively. Both conquered nations were allowed to establish governments in exile in Great Britain, with the right to issue postage stamps and perform some postal functions.

Military stamps can be considered as a special category of Official stamps. They are listed in the Scott catalogs with the prefix "M." Military stamps have been issued by Austria, Australia, Belgium, China, Denmark, Egypt, Finland, France, Germany, India, Italy, Japan and the Ottoman Empire.

Czechoslovak Legion Post stamps offer the unique example of stamps that combine aspects of military, offices abroad and occupation stamps. Large numbers of Czech and Slovak soldiers served in the armies of Austro-Hungary in WWI. The Allies began organizing Czech and Slovak volunteers from among the prisoners of war held by the Russians. The volunteers were to fight for the Allies on the Western Front in return for the promised establishment of an independent Czechoslovakia after the war.

After the Bolshevik Revolution in Russia, these volunteers were trapped in the Russian interior in the midst of the Civil War, with the Austro-Hungarian, German and Red armies between them and their homelands. The only escape route lay to the east, across the vast Russian-Asian hinterland via the Trans-Siberian railroad.

The Austro-Hungarian Empire is responsible for the strange category of military semipostal stamps, prefixed "MB" in the Scott catalogs. Charging a voluntary surtax would seem to be at odds with the purpose of providing reduced-fee mail to military personnel. These stamps were on sale for a few days before the WWI Armistice, but they were never issued to army post offices. A 20-heller magenta Empress Zita military semipostal stamp, Austria Scott MB2, is shown in Figure 6.

The stamps of Bosnia and Herzegovina issued during 1912-18 while that country was a province of the Austro-Hungarian Empire were inscribed as military post stamps because the province had a military, rather than a civil, government. Despite the inscription, these are not military stamps because they were sold at full value for use by the general population.

Occupation stamps are stamps issued for use in territory occupied by a foreign power. They are usually prefixed with the letter "N" in the Scott catalogs. The first occupation stamps may have been those issued for the provinces of Alsace and Lorraine occupied by Germany during the Franco-Prussian War of 1870-71.

The Ryukyu Islands of Japan represent an example of occupation stamps that are not prefixed "N" in the Scott catalogs, nor are they listed under their parent country. The Ryukyu Islands, the largest of which is Okinawa, were occupied by the United States from 1945 until their return to Japan in 1972.

The nearly 300 stamps issued for the Ryukyus under U.S. administration are listed in Vol. 1 of the Scott Standard Postage Stamp Catalogue with other U.S. possessions. A 6-yen Commodore Matthew C. Perry and American Fleet stamp, Ryukyu Islands Scott 28, is shown in Figure 8.

In forming country collections for the areas that you collect, look for stamps those countries might have issued for use in other countries.