The Red Baron flies once more on stamps

This 34¢ stamp, U.S. Scott 3507, shows the famous WWI ace Snoopy with his doghouse Sopwith Camel, on patrol over no-man's land. 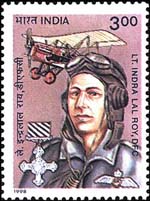 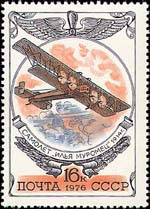 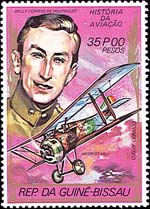 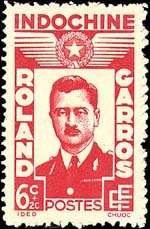 The matchless German Fokker DVII, shown on a 90¢ stamp of Antigua and Barbuda, Scott 856.

The top ace of the war with 80 confirmed kills, the Red Baron appears with his red Fokker Dr. 1 Triplane on Micronesia Scott 155d.

The Lohner Pfeilflieger, as shown on a 35-heller+3h Austrian semipostal stamp, Scott B7.
Previous
Next

Postage stamp collections can be broadly divided into three categories: worldwide, by country or area, and by topic. Some collectors may have collections in all three categories. One of the advantages of topical collecting is that the individual collector can set the scope of a chosen topic, be it broad or narrow.

One of my abiding interests since childhood has been the First World War as fought in the air. Most WWI aircraft consisted of an engine mounted to a wooden frame with a varnished skin of canvas or linen fabric stretched over it. A system of wires held it together. It has always fascinated me that WWI aviators had the courage not only to take to the air in these fragile craft but also to do so while people on the ground and in other aircraft were actively trying to shoot them down.For example, the topic of aviation is quite broad, comprising such subjects as hot-air balloons, gliders, parachutes, blimps, dirigibles, gliders, hang gliders, turbo-prop aircraft, jet aircraft, ultralights, helicopters, autogyros, airports, aircraft designers and famous aviators. A topical stamp collection that includes all of these subtopics would number in the many thousands of stamps. No doubt, there are many aviation topical collectors whose collecting interest is indeed that broad.

My awe deepens when I pause to remember that canvas, varnish, wood and petrol are all highly flammable and that parachutes compact enough to be worn by aviators were not available until the last few months of the war. The romance of single combat between two WWI fighter pilots seems like something out of the age of chivalry. The possibility of being trapped in a furiously burning aircraft 10,000 feet above the earth sobers without diminishing the fascination.

A topical stamp collection of WWI aircraft and aviators presently numbers fewer than 100 stamps. The first WWI aircraft to appear on any stamp is the Lohner Pfeilflieger, on an Austrian 35-heller+3h semipostal stamp, Scott B7, shown in Figure 1, issued in 1915 while the war raged. Other than making an excellent target, this fragile, lumbering aircraft had little to recommend it.

The Imperial German Air Service encouraged its pilots to decorate and individualize their aircraft. The more staid Allied commanders, preferring a uniform appearance, discouraged or outright forbade such individuality. The ability to identify individual German pilots by the paint schemes of their aircraft meant that the bright red Fokker Dr. 1 triplane of the Red Baron, Rittmeister Freiherr Manfred von Richthofen, struck dread in the hearts of his opponents at its very sight.

The Fokker triplane was an agile fighter with a top rate of climb, if a bit slower than contemporary biplane fighters. But it lives large in the popular memory as the last mount of the war's greatest ace. Von Richthofen, who appears with his red triplane on the 29¢ Micronesian stamp shown in Figure 2, Scott 155d, racked up a total of 80 confirmed kills, before falling victim to the killer skies himself on April 21, 1918.

A Canadian pilot, Capt. Roy Brown, was officially credited with the kill, but recent research indicates that the supreme ace was probably felled by groundfire from an Australian machine gun unit as he swooped low over the trenches in pursuit of what would have been his 81st kill.

The German Fokker DVII, pictured on the 90¢ stamp of Antigua and Barbuda, Scott 856, shown in Figure 3, was a better all-around fighter plane, but it lacks the Fokker triplane's mystique. Fast, highly maneuverable at all speeds and altitudes and able to outclimb all Allied fighters, the DVII was so feared by the victorious Allies that an article in the Treaty of Versailles specifically forbade German production of it.

The top ace of the Austro-Hungarian Empire was Hauptmann Godwin Bromowski, a Pole from Austrian Galicia. Bromowski, pictured with his Hansa Brandenburg DI on the 0.35-ekuele stamp of Equatorial Guinea, shown in Figure 4, Michel 1076, scored 35 victories on the Italian front. The DI was nicknamed "Starstrutter" and "Spider" for its unique struts between the upper and lower wings.

Later in the war, the Albatross DIII Oeffag planes of Bromowski's squadron were all painted red and emblazoned with white skulls to roam the skies over the Italian front looking for victims. Bromowski survived the war to operate a flight training school until he was killed in a plane crash in 1936.

The aircraft and personnel of the Allied Powers air services depicted on postage stamps far outnumber those of the Central Powers. This is probably because the Allies won the war, and because many of the stamps in this topic are part of omnibus issues from former British colonies celebrating the anniversaries of the Royal Air Force.

Roland Garros of France, portrayed on a 6-centime+2c semipostal stamp of Indochina, Scott B28, shown in Figure 5, appears on more stamps than any other WWI ace. Most of his stamp appearances, however, have been in connection with his prewar exploits as a pioneer of aviation, rather than with his war record. In the early days of the war, most plane-to-plane combat was conducted by pilots firing pistols or rifles at each other, or two-seaters trying to maneuver to give the observer a shot from his scarf-ring-mounted machine gun.

Garros revolutionized air combat by devising a method of firing through the plane's whirring propeller. It was much simpler and more effective to aim the plane at the enemy than to try to fly in one direction and shoot in another. After calculating that only seven out of every 25 bullets fired would strike the spinning propeller blades, Garros affixed steel plates to the propeller backs so the bullets that did strike them would ricochet off.

Beginning April 1, 1915, Garros shot down five enemy aircraft to become France's first ace. But the cumulative force of all those bullets slamming into his propeller bent his plane's crankshaft and forced him down April 19 behind enemy lines, where he was taken prisoner.

After nearly three years as a prisoner of war, he escaped in 1918 and returned to fly for France. While Garros was a POW, both sides developed interrupter gears that allowed pilots to fire through the propeller's blades without striking them. The aircraft of 1918 were ages ahead of the types Garros had flown in 1915 and earlier. The aviation pioneer lacked the reflexes to compete with younger men who had sharpened their skills on the latest aircraft while he languished in prison. Garros was shot down and killed on Oct. 5, 1918, a month and six days before the war ended.

Belgium's top ace, Baron Willy Coppens de Houthulst, is shown with his plane, a Hanriot HD-1, pictured in Figure 6 on a 35-peso airmail stamp of Guinea-Bissau, Scott C14. Thirty-four of Coppens 37 victories came against German observation balloons. Kite balloons were tethered to the ground and sent aloft with an observer and radio operator to direct artillery fire and observe enemy movements. They were dangerous targets, ringed with anti-aircraft batteries and often protected by fighter aircraft. The balloons were also filled with highly explosive hydrogen gas. A successful attacker could go down with his victim if he was too close when the balloon exploded.

In one of the most unusual exploits of the war, Coppens once landed atop an enemy observation balloon. As he approached for the kill, his engine spluttered, his plane lost altitude and he found himself taxiing across the top of the balloon. Shutting off his engine to save his propeller, he coasted off the end of the balloon and switched on as he glided away from it. The balloon went up in a ball of flame as his engine coughed back to life.

On Oct. 14, 1918, as he approached his 37th victim, Coppens was hit in the leg by an incendiary bullet. Badly wounded, he finished the attack, flaming the balloon. He managed to crash land in friendly territory. His leg had to be amputated, but Coppens survived the war and died peacefully at the age of 94.

Technologically less advanced than its western allies, the Imperial Russian Air Service relied largely on cast-off French planes to equip its fighter squadrons. However, thanks to the genius of Igor Sikorsky, Russia led the way in the realm of heavy, multi-engine bombers. One such, the world's first four-engine bomber, the Ilya Muromets, is pictured on the 16-kopek stamp shown in Figure 7, Russia Scott 4504.

Flights of these giant planes carried out successful bombing raids hundreds of miles behind enemy lines. Well designed and heavily armed, only three of them were lost in combat during the war. After the Bolshevik Revolution, Sikorsky immigrated to America where he designed the transoceanic flying boats (clippers) as well as pioneering American helicopters.

Even two fictional WWI aces appear on postage stamps. Maj. James "Biggles" Bigglesworth, hero of a series of aviation pulp-fiction yarns, appears on Great Britain Scott 1546. The 34¢ stamp shown in Figure 9, U.S. Scott 3507, portrays famous comic-strip ace fighter pilot, Snoopy, on patrol over no-man's land atop his doghouse model Sopwith Camel. While not everyone shares my passion for WWI aviation, there is a stamp topic for just about every interest, from apiculture to zymurgy.

Start a topical collection and add zest to your stamp endeavors and pleasures.