When it is cold outside, tropical stamps will warm you up 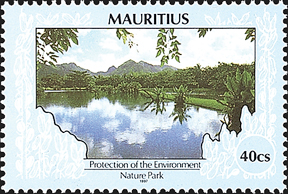 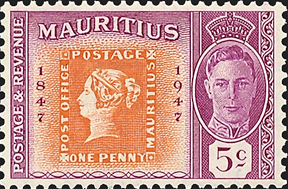 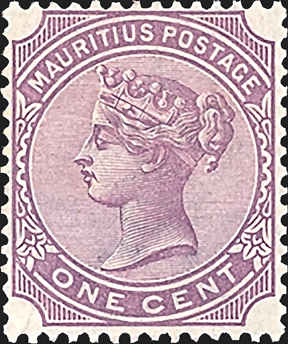 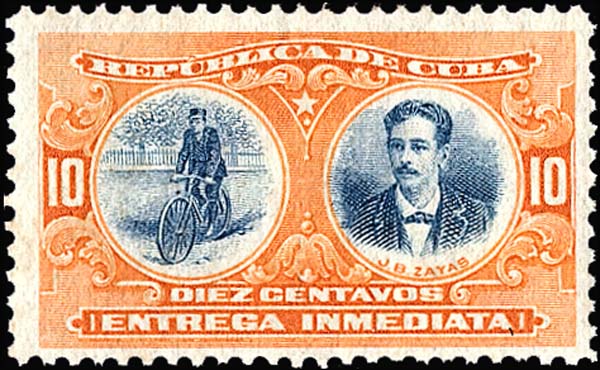 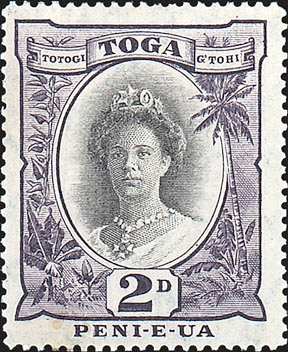 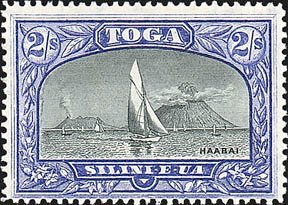 Winter is a great time to snuggle up with your stamp collection and dream of faraway tropical islands. It is surprising how much warmer you feel when you visit the islands via your stamps — and a little imagination.

Tonga's first stamps were issued in 1886 and bore portraits of Tonga's king, whose name was anglicized to King George I. For the first nine years of its existence as a stamp-issuing entity, Tonga's stamps were printed by typography in New Zealand.

In 1897, Tonga issued a spectacular set of engraved stamps, most of which were bicolors. The initial set of 14 stamps, printed by De La Rue in Great Britain, can be broken into two subsets.

Six stamps have portraits of the new king, Siaosi Tupou, grandson of George I, who as George II succeeded to the throne upon the death of his grandfather.

The portrait of the king is surrounded by a frame of tropical plants and a palm tree that you can almost see swaying above his head. Figure 1 illustrates the 2-penny King George II stamp (Scott 41).

The second subset is pictorial and depicts island scenes, flora and the national coat of arms.

Figure 2 shows the 2-shilling View of Haabai (now spelled "Ha'apai") Harbor stamp (Scott 50). The design features a sailboat gliding past while smoke rises from a volcano in the background.

With a few alterations, these stamps remained in use for 56 years.

King George II died young at 43 in 1918. His daughter Salote, age 18, succeeded him. New stamps with the queen's likeness were issued in 1920, and these stamps remained in use until new regular-issue stamps were issued in 1953. A 2d Queen Salote stamp (Scott 55) is shown in Figure 3.

Because of the long life of this set of stamps, there were many additional printings, with lots of varieties produced. Consequently, it is a great issue in which to specialize.

For those wanting something more modern, Tonga was a pioneer in issuing metallic, die-cut and self-adhesive stamps. Although some collectors despise these flashy stamps, they certainly are eye-catching and look completely different than anything that had come before. Figure 4 shows one of Tonga's famous banana-shaped self-adhesive stamps, a 1-seniti stamp (Scott 222) issued in 1969.

Mauritius is well known to stamp collectors because of the exceedingly rare 1d orange and 2d dark blue Queen Victoria "Post Office" stamps issued in 1847. The 1d stamp (Scott 1) is shown in Figure 5.

The mystique of these stamps is such that a play was written about them. TitledMauritius, it was written by Theresa Rebeck. Debuting a few years ago, it is still performed and definitely worth the attendance of every stamp collector.

The stamps themselves, produced locally in Mauritius, were supposed to say "Post Paid" but the man who engraved them, J. Barnard, inscribed "Post Office" instead.

The Scott Classic Specialized Catalogue of Stamps and Covers 1840-1940 informs us that all of the 2d "Post Office" stamps are in museums and only two known examples of the 1d stamp are in private hands. It is unlikely you or I will add these stamps to our albums.

However, Mauritius stamps from the late Victorian period are surprisingly affordable. For example, the 1¢ lilac Queen Victoria stamp issued in 1893 (Scott 68) shown in Figure 6 has a catalog value of just $2.10 in unused hinged condition and 55¢ in used condition.

Together with the other seven stamps issued between 1882 and 1893, the entire run has a combined catalog value of $32.30 in used condition, putting them squarely into the affordable range for the great majority of collectors.

If you really have your heart set on owning the Mauritius "Post Office" stamps, you can. In 1948 Mauritius obligingly issued a set of four stamp-on-stamp designs featuring them. Figure 7 pictures the 5¢ stamp (Scott 225), which features the 1d orange stamp in the design.

The entire set of four has a catalog value of less than $1, mint or used.

While searching for that set, you might also want to acquire a set that displays Mauritius' tropical beauty. Look no further than the Environmental Protection series of 1989-97 (Scott 682-98). Stamps in the set illustrate the tropical flora, fauna and scenery of Mauritius. Figure 8 shows 40¢ Nature Park stamp (Scott 685).

Countries like Mauritius are sometimes passed over by collectors because of the impossibility of completing the entire collection. Unfortunately, that mind-set means that some collectors miss out on acquiring a lot of interesting stamps that are not in museum collections and do not cost tens of thousands of dollars or more. Most of us will never complete any of our collections, but the fun of collecting is the thrill of the hunt.

Once you have bagged the stamp that has been eluding you, it is nice to own, but most of us go off on yet another stamp safari, looking for those that we don't have.

Isn't that a great way to keep warm in winter?