Where to start looking in the stamp catalog 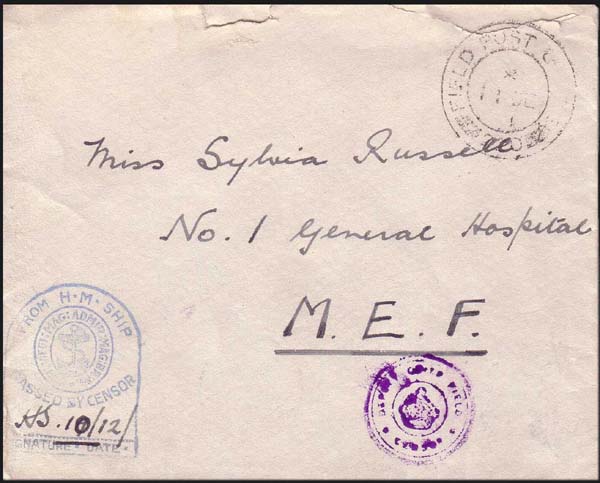 Stamp catalog listings provide information about the stamp, including the date of issue, value and catalog number. The listing on the bottom directs the reader to check additional listings for stamps of similar design.

Stamp catalogs are used by collectors to help identify specific postage stamps and learn more about them. Because so many stamps have been issued, though, the process of finding the information in the catalog can at times be challenging.

Standard postage stamp catalogs provide the basic information that collectors need to identify a stamp and learn about its characteristics, such as the date of issue, the perforation gauge (a measurement of how close together perforation holes are), the method used to print the stamp, and other basic information.Last week's Refresher Course column described some of the different kinds of stamp catalogs that collectors encounter.

In the United States, the catalogs referred to most frequently are those from Scott Publishing Co., which, like Linn's Stamp News, is a division of Amos Press Inc.

Regardless of the publisher, stamp catalogs often follow similar formats. Stamps are basically grouped chronologically by country; that is to say, the first stamps ever issued are listed first, and the most recently issued stamps are listed at the end.

If stamps from one set or series are issued over a period of time, however, they may all appear together following the first stamp in the series that was issued.

For example: Let's say a country has a series of Flower stamps, where all the stamps have similar designs. The Rose stamp was issued in 1990, the Daffodil stamp in 1991, the Daisy stamp in 1992 and the Carnation stamp in 1993.

Instead of placing these four stamps far apart from each other in the catalog, the catalog publisher may list them together in one group, with consecutive catalog numbers, among the 1990 stamp listings.

Why do collectors need catalogs? There are several reasons.

Many collectors want to arrange their collections in a specific order, often chronological. To help with this process, the catalog tells when each stamp was issued.

The catalog also provides some idea of stamp values, to guide the collector who purchases his stamps from a retail stamp dealer or who trades with other collectors.

Specialized catalogs help collectors determine the differences between stamps that may look identical at first but that actually have characteristics that set them apart from one another.

Looking up a stamp in the stamp catalog is often like looking up a word in the dictionary to find its proper spelling. You have to have some idea where to begin before you can find what you're looking for.

Let's use as an example the stamp shown in Figure 1. The first step is to identify the country that issued the stamp.

Along the bottom of the stamp is the inscription "ISLAND 800."

Numbers on a stamp often represent the postage value, and that is true for this stamp. But what of the "ISLAND" inscription?

Some catalogs, including the Scott Standard Postage Stamp Catalogue, include an identifying index that will help you narrow down your search.

As shown in Figure 2, the index informs the collector that stamps inscribed "Island" are listed in Vol. 3 of the catalog.

A look in the Vol. 3 index of the 2000 Scott standard catalog directs the collector to page 589, where the listings for the country we know as "Iceland" begin.

Why do the stamps of Iceland have "ISLAND" printed upon them?

The official name of the country in the Icelandic language is "Lydveldid Island," which in English means "Republic of Iceland."

Some other resources can help collectors identify the country of issue for various stamps, including the Linn's Stamp Identifier, shown in Figure 3.

Information about ordering Linn's Stamp Identifier can be found in the Linn's Library of Knowledge (print version) or at Linn's Online Bookstore.

We've traced the Crab stamp to the chilly reaches of Iceland, but we still don't know much else about it. Sometimes the stamp itself will help with a few clues.

In the lower-right corner of the Crab stamp, the numbers "1985" are printed in tiny type.

This represents the year of issue for the stamp. The corner of the stamp is enlarged in Figure 4.

Many countries now include this issue-date information as part of the design, most frequently near the bottom of the stamp.

Although the catalog has numerous designs illustrated in the Iceland listings for stamps issued in 1985, none of them, unfortunately, look anything like our Crab stamp.

There is, however, a listing of three stamps with no illustration, which is reproduced here on top in Figure 5.

The listing bears the heading "Animal Type of 1980," which tells us we may be on to something.

Turning back to the 1980 section of the Icelandic listings, we discover two stamps shown with a design that is similar to our Crab stamp but picturing a dog rather than a crab. That 1980 listing is reproduced on the bottom in Figure 5.

The Crab stamp is not illustrated in the standard catalog because it is part of a series that follows a set design format.

Just one representative design is shown the first time issues from the series are listed, in this case, a 10-krona stamp depicting the dog identified as "Canis Familiaris."

Now let's look back at the original listing we discovered for the 1985 issues.

Our Crab stamp, remember, has the number "800" inscribed on it, and a check of the design descriptions in the listings shows the 800a stamp followed by the name "Hyas araneus."

To identify our Crab stamp, we can find the same name, apparently a Latin scientific name, inscribed along the right side of the Crab stamp design.

This may seem like a lot of effort to track down a single stamp, and sometimes finding a stamp in the catalog requires a little detective work.

Other times, you may locate the stamp listing easily without having to check back and forth.

It was helpful to find a year date printed on the Crab stamp, but more stamps exist without the year date than with one.

Sometimes other characteristics can help with identification.

Shown in Figure 6, top, is a Swedish stamp that has no issue date printed on it, but it does have birth and death dates for the honored subject, physician J.J. Berzelius.

Sweden didn't issue stamps until 1855, so neither of the two dates on the stamp are the issue date. However, many countries issue stamps on some significant anniversary of the birth or death of the subject.

Since the stamp looks fairly modern, one might guess that it celebrates the 200th birth anniversary of the subject, which would have taken place in 1979. And a quick check in the 1979 listings for Sweden finds the stamp identified as Scott 1293.

Shown on the bottom in Figure 6 is another stamp that needs to be identified, but in this case we have no dates whatsoever to help us. It's easy to tell the 4¢ stamp showing Walter F. George was issued by the United States, but when?

Sometimes it's possible to narrow down stamp identification using the denomination, which in this case is 4¢. The postage rate for first-class letter mail in the United States was 4¢ for 1 ounce or less between Aug. 1, 1958, and Jan. 6, 1963.

You don't have to know those dates to help you find the Walter F. George stamp in the catalog, but you can page through the United States listings until you find a lot of stamps with 4¢ face values.

Because the first-class rate is the one most commonly used, you'll find the Walter F. George stamp listed among the other 4¢ stamps. It was issued Nov. 5, 1960, and is identified as United States Scott 1170.

This method doesn't always work. For instance, the stamp listed as United States Scott 1169, just before the George stamp, is an 8¢ stamp showing Giuseppe Garibaldi. If you go looking for that stamp in the period when the first-class rate was 8¢, you'll come up empty-handed.

Most catalogs include a great amount of introductory information that is very useful for navigating the listings.

Reading through the introduction to the stamp catalog is bound to increase your knowledge about stamps and stamp collecting. By making you more familiar with the catalog, it will also make it easier for you to locate the listings for the stamps you want to identify.