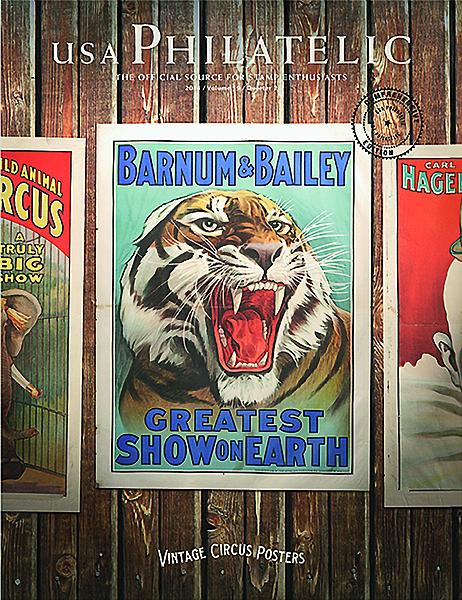 The cover of the Quarter 2 edition of the USA Philatelic catalog published by the United States Postal Service and designed by Journey Group Inc. of Virginia.

The Virginia company that has designed and produced many of the United States Postal Service’s stamp promotions since 2007 could face the loss of its contract.

The U.S. Postal Service announced June 12 that it was seeking bids on the work that has been handled by the Journey Group Inc. of Charlottesville, Va.

Bids were due by June 20, and it could not be immediately learned if the Virginia-based organization, which has produced the USPS USA Philatelic catalog and redesigned the USPSstamps.com website, will seek to continue the work.

The decision to solicit bids on the work was announced on the “Federal Business Opportunities” website.

An accompanying statement said USPS was looking for “potential sources to design the USPS Philatelic Catalog” four issues a year.

Roy A. Betts, a Postal Service spokesman, said the proposal is “the same requirement as the previous solicitation.”

The USPS plans to do four catalogs a year “and may or may not do [additional] others,” Betts said.

The USPS solicitation said “approximately 75% of the quarterly catalog will derive from USPS archived design products used in previous issues.”

The winning bidder would be required to “transform concepts and themes provided by Postal personnel into a final product,” it said.

The Journey Group’s website tells of how the company was asked “to help brainstorm fresh ways to engage the stamp collecting community” and expanded its work beyond the print catalog to what was initially called the “Beyond the Perf” website.

The “completely revamped” website “not only feels fresh, but functions smarter,” the Journey Group says. It has “more than 16,000” subscribers and is continuing to grow.

Greg Breeding, who is a cofounder of the Journey Group as well as its president and creative director, has been a stamp art director for the USPS since 2011.