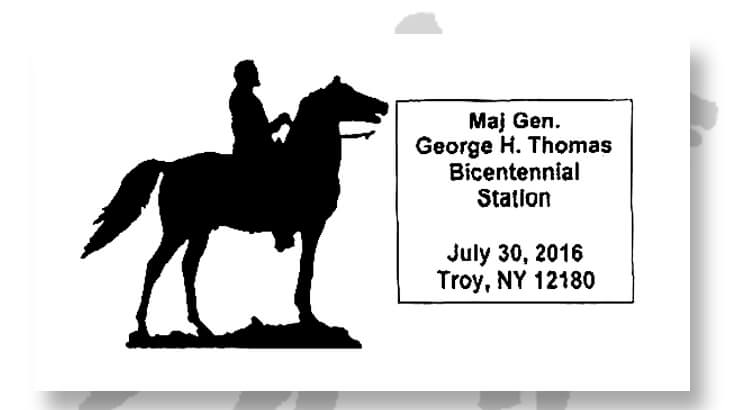 A July 30 postmark from Troy, N.Y., is one of three July postmarks commemorating Maj. Gen. George H. Thomas on his birth bicentennial.

The Civil War leader was born July 31, 1816, in Newsoms, Va., one of the three locations that will be using a postmark in his honor.

Thomas is remembered for his methodical but successful leadership and his decisive victory in the 1864 Battle of Nashville.

The July 30 postmark from Troy, N.Y., depicts the general on his horse, a silhouette that pays tribute to the bronze statue of him at Thomas Circle in Washington, D.C. The two July 31 postmarks show similar portraits of Thomas in uniform, holding his hat.

MLB All-Star Game has a San Diego postmark you can request: Postmark Pursuit