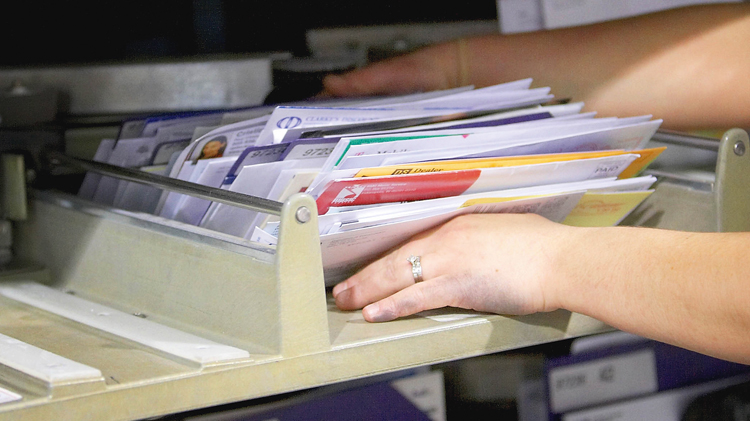 Declining letter volume was cited by the United States Postal Service as the root cause of its poor financial performance in the fiscal year ended Sept. 30.

That left the USPS with a net loss of $2.7 billion for the year, compared to a $5.6 billion loss in the previous year.

According to a news release issued Nov. 14, the decline in revenues was created “largely by accelerated declines in first class and marketing mail volumes.”

Those two categories have been the mainstays of the Postal Service’s financial viability.

But the agency said its mail volumes declined “approximately 5 billion pieces, or 3.6 percent” during fiscal 2017.

That drop was “somewhat offset” by increased package revenues, which climbed by 11.4 percent.

That increase, which has been noted as the agency’s bright spot, was not enough to offset the massive costs of operating a system that is built on letter volume.

“There is a path to profitability and long term financial stability,” she said, repeating her previous appeals to Congress.

Brennan again urged passage of legislation that would reduce some of the agency’s mandated costs and allow the Postal Service to raise its annual rate increases to more than the rate of inflation.

The financial report noted that the USPS’s expenses in the past year fell by 6.1 percent. It said, however, “this net reduction was largely attributable to changes in actuarially determined expenses outside of management’s control.”

The USPS said its controllable loss for the year was $814 million compared to $610 million in fiscal 2016.

Fredric Rolando, president of the National Association of Letter Carriers, said the 2017 results show “the underlying business strength of the U.S. Postal Service while also indicating the need to address external matters beyond USPS control.”

He said the $814 million “controllable loss” was a product of the 2¢ rollback in April 2016 in first-class postage rates, which cut postal revenues “by $2 billion annually.”

“Without the two-cent reduction in stamp prices, fiscal 2017 would have an operating profit of $1.2 billion,” he said.